If the combat AI remains the most disappointing part of the Civilization V experience, the Gods & Kings expansion renovates the diplomacy system into one of the best.  It might even be my favorite in the whole series.  Even without that handy numerical readout of the negotiator’s likes and dislikes, my dealings with the AI nations feel more sensible and consistent than ever before.

Now, as a point of reference, I’ve always enjoyed the diplomatic machinations in Civ V.  No more irritating computer players by refusing to trade away Industrialism for Horseback Riding.  Instead, research agreements are tantamount to a 30-turn truce everyone wants to honor because of the big prize at the end.  I’ve had games where the stability of my empire balanced on a stack of foreign luxury imports, defensive pacts, and city state alliances that spanned the globe.  It’s the first game in which it feels possible to cultivate a landscape of not-enemies into a system of mutually beneficial friendships.

[singlepic id=7968 w=193 h=125 float=right]Gods & Kings takes that original framework and finds ways to improve it at every level.  Public Declarations of Friendship, previously weightless accords, are now the gateway for all the more valuable treaties.  Complex trade networks are significantly easier to manage when friendly leaders offer automatic renewals of expiring contracts.  Nations will even call to acknowledge when you have friends in common: a simple touch that does wonders to establish the sense of a budding coalition.

City states also have more influence over world affairs.  New quests reward whichever player can produce the most Faith, Culture, or new technologies in a specific number of turns.  Others offer material gratitude to an empire that uses the new extortion option to threaten a rival city state.  It might seem like an easy way to earn a nationwide boost for a while, but victims are quick to seek the protection of another major civilization.  The political standoff that occurs when another major power tries to bully a city state you’ve sworn to protect is a truly awesome addition to the game.

[singlepic id=7969 w=193 h=125 float=left]Interestingly, the new espionage mechanics in Gods & Kings are more an extension of the diplomacy system than anything else.  It makes a lot of sense conceptually, but coming off of Civilization IV where spies were deployed like invisible military units to rend defenses and incite riots, I’d been expecting more weapons of war.  This is practically the exact opposite, as intelligence agents are treated as masters of backroom negotiation.  Sure, they can set up of shop in a foreign city to siphon off new technologies, but as long as they’re there, any information they discover about enemy troop movements will be yours to share with allies.  AI players love being warned about upcoming sneak attacks.  Spies can also be assigned to city states where their subtle manipulations will sway public opinion further and further in your direction.  High level agents can even attempt a coup operation to force an extreme swing in city state allegiances, though they’ll need a good amount of experience working counter-intelligence before they’ll have any real chance of success.

I absolutely love the political maneuvering Gods & Kings brings to the table.  No single element redefines the experience, but taken all together, the diplomatic ripples created by espionage, city state quests, and well-meaning treaties build to create great surges in international relations.  The turbulence is at once more unpredictable and more organic than in any previous game in the series, firmly establishing diplomacy as my favorite part of the expansion.

[singlepic id=7964 w=193 h=125 float=right]There’s just one problem.  While diplomats trade in carrots, warriors are assumed to be sharpening sticks.  Military reprisal is supposed to be the penalty that encourages everyone to honor their agreements, but when the tactical AI struggles so mightily to pose a credible threat, human players learn to act with impunity.  In some forty hours with Gods & Kings, I have yet to encounter a negotiation where I felt worried about retribution while weighing options of convenience.  It’s a real problem, severely undercutting everything else Gods & Kings has gotten so right.

A wide range of diplomatic additions make AI civilizations and minor city states more interesting to negotiate with than ever.  That includes espionage, but without the military leadership to back up their posturing, the path of peaceful coexistence is less enticing than it should be. 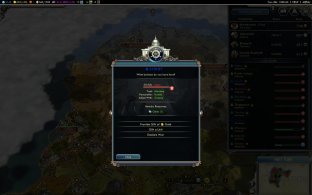 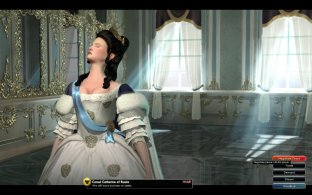 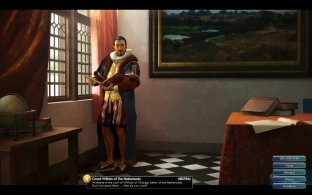 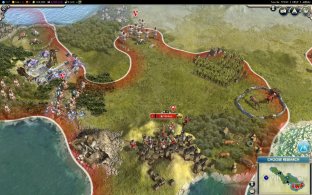 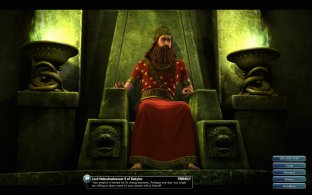 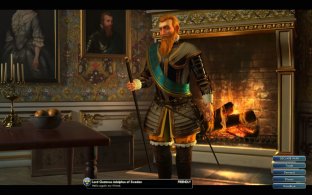 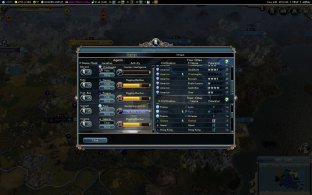