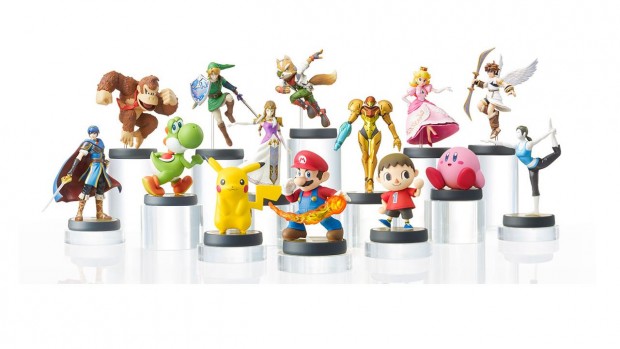 If there’s one thing I love just as much as gaming, it’s game memorabilia.  Whether I’m rocking a video game T-shirt or simply decorating my game room with statues and posters, I just love to be surrounded by items that represent my passion for video games.  It makes sense then that I buy video game collector’s editions whenever there is a particularly cool item packed in.  For the most part, I’ve always been able to find the Master Chief helmet or Marcus Fenix statue that I’m after, but there are a few exceptions, and when I find myself putting forth true effort only to fail to find my treasure, it infuriates me.

Why are some video game collectables so difficult to find?

Enter The Legend of Zelda: Majora’s Mask 3D Limited Edition.  Last week, Nintendo announced that a limited edition bundle for the upcoming 3DS Zelda remaster would be available when the game launches, complete with an awesome figurine of the game’s beloved Skull Kid character.  Well, excitement must have swelled among Zelda fans, because the Limited Edition was sold out at major retailers within a few short hours of the announcement.  That’s right, pre-orders were entirely filled in mere hours for a game that is not launching for another month.  I had missed an insanely small window of time to purchase my prize, and am unlikely to get that opportunity again.

Missing out on a Limited Edition? A terrible fate indeed.

Why do companies do this?  I can understand when a limited edition intends to indeed be limited, but to make it so rare that the most hardcore of fans can’t even make it to the store to put in pre-orders before stock runs out?  That’s a genuine problem, and one that can truly damage a fan’s image of the company.  In Nintendo’s case, there are several possibilities for why short supply has been plaguing their products as of late, but none of them are appeasing.

The most obvious suggestion is that Nintendo underestimated demand and did not manufacture enough stock to accommodate it.  Majora’s Mask may have a cult following, but there’s no denying that it is one of the most radically different Zelda titles, and one that doesn’t click with everyone.  Nintendo may have thought that the Majora’s Mask Limited Edition would be a niche product for only the most diehard of fans, and therefore produced far too few Skull Kid figurines.  Ever go into your local department store and notice the Mario & Luigi Edition 3DS XL that has been sitting in the display cabinet for the last year?  Nintendo has too, and you can bet they’re trying to avoid a repeat of this exact situation.

Still though, this scenario seems unlikely when stock is allocated so sparsely that nothing is left hours after announcement.  If Nintendo truly wanted to gauge interest, the Zelda Limited Edition could have been announced more than a month in advance, giving fans enough time to place their orders.  The hurried nature of the situation was truly frustrating and fans are justified for feeling disappointed.

Another possibility adds to the common rumor that Nintendo drives demand for their products by intentionally producing them in limited quantities.  This accusation – that of artificial scarcity – is one that I don’t like placing on Nintendo.  I was someone who staunchly defended the Wii in its early years when supply could not keep up with demand.  Being a former Gamestop employee, I saw firsthand how quickly Wii consoles would sell out and I truly believed Nintendo was doing all it could to satisfy customers.  While I hate to raise a suspicious eyebrow towards Nintendo, in a case like the Zelda shortage, it’s hard not to wonder how supply of a product as simple as a figurine could be so poorly allocated.

It wouldn’t be so bad either, if the Majora’s Mask Limited Edition wasn’t just another in a long line of recent product shortages.  In just the past few months, gamers have seen severe supply shortages of amiibos, Gamecube controller adapters, and the Majora’s Mask Edition of the New 3DS XL system, just to name a few.  All of them have had extremely small purchasing windows, with supply diminishing within days, if not sooner, and little in terms of replenishment.

To be completely fair, Nintendo is not the only one who does this.  Many publishers offer special edition products that become extraordinarily rare very quickly.  In fact, as recently as this past fall, Activision’s Destiny had a Ghost Edition that suffered the same fate as Majora, with inventory so limited that many orders needed to be cancelled.  But this problem has become far too common for Nintendo lately, and it’s not something they’re unfamiliar with.  In my years working retail, Donkey Konga, Dance Dance Revolution: Mario Mix, and Wii Play were all games that had severe shortages at launch before eventually being restocked in plentiful supply months later.  The point is that Nintendo is no stranger to seeing how grossly understocked many of their product launches are, and I would hope that the company would have learned their lesson by now.

In the case of amiibos, low supply is also accompanied by unclear launch dates.  Aside from the first wave of figures, Nintendo and most retailers have listed the release dates for future waves with broad and nebulous dates such as “February 2015”, without any specification on when to begin checking store shelves.  Online retailers are no help in this matter either, as upcoming figures may still be listed as “Coming Soon” (yet still sold out), while their brick-and-mortar counterparts have already seen shipments come and go.  How am I supposed to find amiibos if a store can’t even tell me if the figures have been released yet?

Retailers certainly deserve a share of the blame too. They have no way of getting Nintendo to produce stock quicker, but they can at least help customers track down the products they want by providing adequate information.

Last week after missing my chance to order the Majora’s Mask Limited Edition from Gamestop and Amazon, I kept a keen eye on Best Buy’s website, hoping to pounce on it the moment pre-orders began.  When the SKU finally showed up online, the game was not orderable, with a “Coming Soon” listed where “Add to Cart” should have been.  I must have visited Best Buy’s site once per hour for days straight before finally seeing the Limited Edition listed as sold out.  As far as I can tell, at no point was the game actually available, yet it entirely sold out.  How does that even happen?

If it seems like I’ve gone on a tirade simply because I missed my shot at a toy, that is not my intention.  I love Nintendo and have been buying their products for nearly 30 years.  I have too much respect for them to lose it over a simple matter like this.  But that does not excuse them from creating a situation where their most loyal fans are unable to find the products they want.  As a working adult I shouldn’t have to worry that a surprise game announcement will be completely gone by the time I can make it to the store on my lunch break.  I’m more than a little familiar with finding rare items in this industry, but when even my best efforts don’t come close, something’s not right.

The point is that I’m an educated consumer, with money in hand, and Nintendo is not helping me with my purchase.  As a loyal fan, I should not have to resort to paying triple the MSRP online just because of poor stock on Nintendo’s part.  Nintendo is better than this and we can only hope that the next inevitable Limited Edition produces a much easier time for consumers.  Until then, fingers crossed that I can find the items I want.

Gaming Trend's resident amiibo collector, Matt's a lifelong gamer with a soft spot for Nintendo. As a new father, Matt often struggles to stay as involved as he has been in years past but can always be counted on to come back for some engaging geeky conversations. A resident of Philadelphia, he is currently working on building up his Man Cave with all things Marvel, Star Wars, and Video Games. As an old-school gamer, Matt firmly stands by his belief that gameplay will always be more appealing than story.
Related Articles: The Legend of Zelda: Majora's Mask 3D
Share
Tweet
Share
Submit