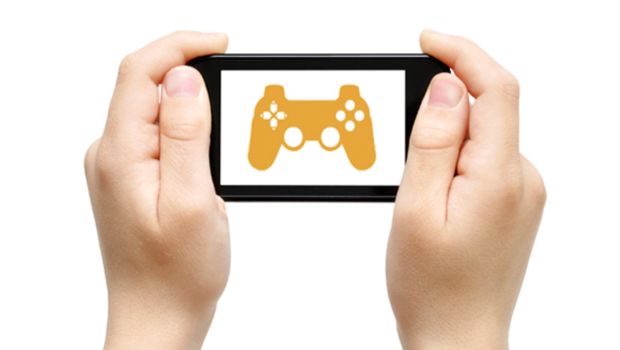 While it’s not exactly general knowledge, gamers are typically aware that the video game industry’s target age group is between 25 and 39. This awareness, at least in the colloquial sense, is because most of the people who play video games today have done so most of their lives and have passed the passion onto their children. However, a series of surveys conducted by PlayPhone reveals that in the world of mobile gaming players are primarily Caucasian, high school educated women, who play these games in their bedrooms and living rooms in the hours of the evening.

While that may be more marketing science than the average gamer may want to shove their nose in, it is also the kind of data that keeps the gaming industry’s wheels turning and reveals more about the expanding world of video game play than we would otherwise know.

Like many old school (some would even call me old fashioned) gamers, I was slow on the uptake to acknowledge mobile gaming as a part of the culture. While I never counted myself among the number who were jabbing torches and pitchforks in the air, chanting “down with the casuals!”, I was guilty of condemning iOS and Android players as a fair weather sort, who lacked the conviction to be counted among the proud core-gamer community who charted the flow of electronic entertainment history.

I’ve long since gotten over myself.

Thankfully, more open minds such as those found at PlayPhone are often looking at the bigger picture, and putting forth plenty of time and expense figuring out exactly what it looks like. This past February, at the Mobile World Congress in Barcelona, they began sharing some of the information gathered in their ongoing Mobile Gaming Chronicles project, and raised a few eyebrows with the revealing, specific, and sometimes downright quirky realities of the world’s tablet-tappers.

The first part of the study revealed some interesting data, such as: 62 percent of players are married, 46 percent are actually between 40 and 64 years old, and that 71 percent of the survey respondents only found iTunes’ and Google Play Games’ recommendations only somewhat accurate. But the added twist on all of the above information is that most of it comes from women, who make up over 68 percent of those who spend an hour per day in the mobile gaming arena. In response to this appraisal, PlayPhone CMO Anders Evju said:

“While the mobile gaming industry is aware of its generally broad customer base that skews toward women, PlayPhone’s Mobile Gaming Chronicles have achieved a rare glimpse into who is likeliest to spend money for a better mobile gaming experience…”

While I enjoy as much as anyone the ability to freely download a game one minute and then delete it forty-eight minutes later when I’ve become bored of it, it’s still a product of hard work by someone attempting to make a living. The free-to-play and micro-transaction business models certainly have plenty of kinks to iron out, but balancing when and how people get paid for their work is a fair goal everyone should be able to get behind. This is the type of market PlayPhone seems to be trying to construct, and in order to do that they need information.

However, in the search for more details, sometimes you get information didn’t exactly expect. PlayPhone learned this in part two of their Mobile Gaming Chronicles, released today.

1-in-5 (20 percent of the 1,000 American sample group) said they would rather give up sex than their mobile gaming for a week. (This is assuming, and conforming to proper geek stereotype, that sex is something available enough to be “sacrificed”) This total corresponds with the larger 29 percent who admitted to playing their mobile games for more than three hours a day.

Anders said that these were the players who readily described their mobile gaming as a type of “addiction”, although the term was used loosely. However, the following data points certainly seem to support the notion.

Playing games behind the wheel? While I may not know exactly what kind of gamer that pseudo-habit indicates, it’s certainly not the sort I can ostracize ever again for “lacking conviction”. Whatever our various personal preferences, if gaming is to grow or even survive the compassionless test of time, it will be determined by what ideas we choose to include, not exclude, and PlayPhones project to better understand and map this divergent gamer ecosystem looks like it will provide plenty more informative (or at least entertaining) discoveries as it continues.

To see more about PlayPhone’s Mobile Gaming Chronicles check out their press release coverage for Part one and their new blog featuring Part two.

I've been a huge fan and critic of games and movies ever since I had a voice to speak about them. I love power and influence of great storytelling, interactive and otherwise, and now want to be more than just a consumer. My biggest strength in this regard? Almost every time, I'm fair all the time.
Related Articles: Culture
Share
Tweet
Share
Submit