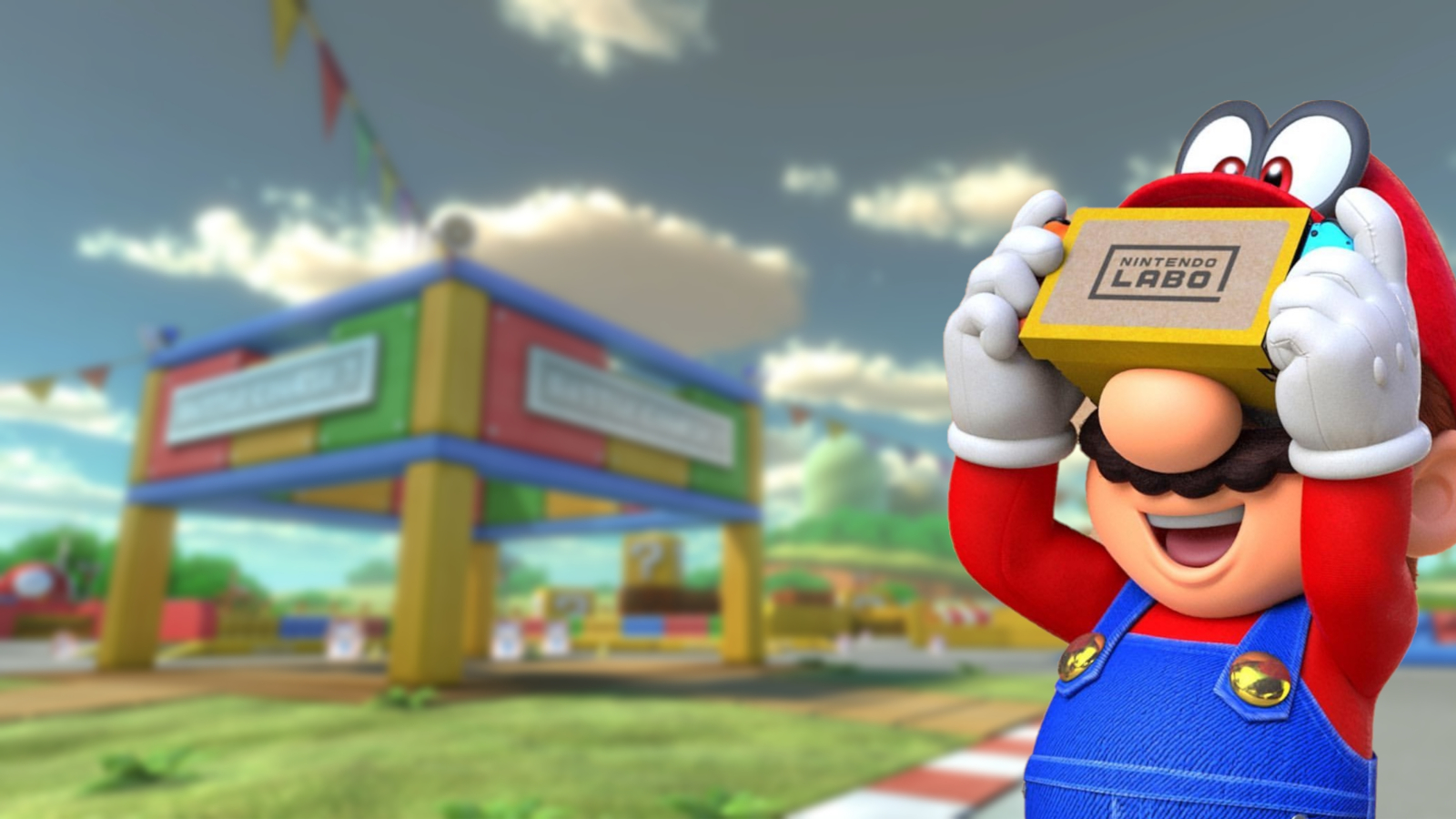 Nintendo Labo is one of Nintendo’s most creative, albeit underbaked, endeavors in the company’s history. Being able to use the Nintendo Switch system in tandem with Labo’s ingeniously designed, cardboard Toy-Con peripherals to play games in brand-new ways really underscores the company’s commitment to fun and innovation. Of course, an interesting way to play games without any substantive games to play is just a tech demo; and largely that is what Labo Kits 1-3 felt like. There simply wasn’t enough quality software to complement the Toy-Con, and as a result the initiative started to gather dust. Literally, in my case, considering that my Variety Kit is buried someplace deep and inaccessible in the closet.

Yet, Nintendo seems to be not the least bit bothered by the downward trend of Labo, considering that we sit less than a week away from the fourth Labo project: the VR Kit. Now, while the jury’s still out as to whether or not this will be a compelling VR solution (as a proponent of Google Cardboard, I have faith) for Nintendo Switch, one thing is certain: the software offerings are much stronger. Disregarding the Toy-Con content itself, which if the overview trailer is any indication, seems to be far more comprehensive than the offerings, Nintendo has an ace up their sleeve–or, in this case, two aces. Both Super Mario Odyssey and The Legend of Zelda: Breath of the Wild will be compatible with Labo VR; the former through new VR challenges, and the latter being fully playable in VR.

Needless to say, these two offerings alone greatly sweeten the Labo VR deal–especially considering both VR updates are free of charge. However, getting to experience Nintendo’s worlds in VR is such a tantalizing prospect that I hope this initiative continues, adding VR support to more of the first and second party lineup. That said, not every game makes sense in VR, for one reason or another. As such, I have compiled the five titles that could most benefit from this VR treatment. 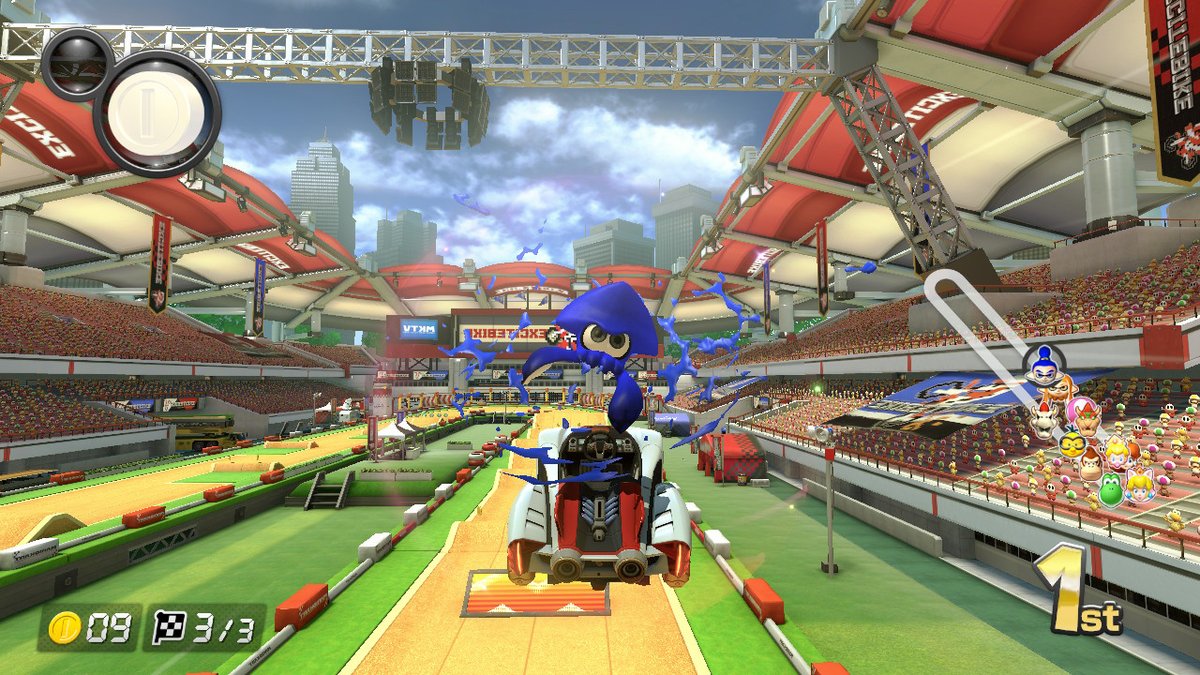 Perhaps the most obvious choice for integrated VR support is Mario Kart 8 Deluxe. Ideally, this would be integrated a la Mario Kart 7’s first-person racing mode. Being able to zip around the tracks, even in a limited capacity to prevent motion sickness, would be an excellent VR experience. There is already precedent for such an experience, as Bandai Namco has created a tailor-made Mario Kart VR attraction. However, considering its limitations, it may be more feasible for a potential Mario Kart 8 Deluxe VR mode to keep the camera in third-person. Even so, the added immersion inherent to VR would certainly make races more visceral, even with a third-person camera. 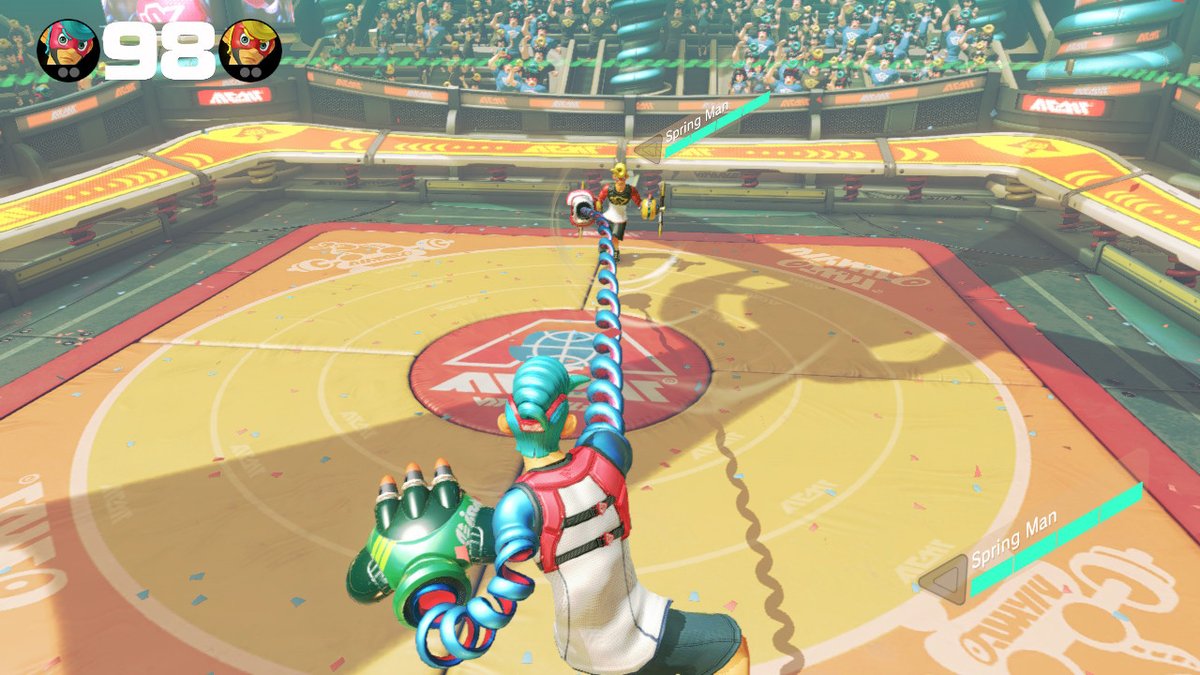 I am not a fan of ARMS. That said, this game would undeniably be a blast in virtual reality. The game’s shallow mechanics and slow pace (my true ARMS feelings are revealed) would transition very well with a limited potential from motion sickness. Much like Mario Kart 8 Deluxe, the ideal VR integration would involve shifting to a first-person perspective. Really feeling as though your opponent’s hits are making contact with your face would be a very engrossing, if a bit terrifying, experience. Even in current third-person viewpoint, VR would certainly still augment the gameplay, and maybe make an ARMS fan out of me afterall. 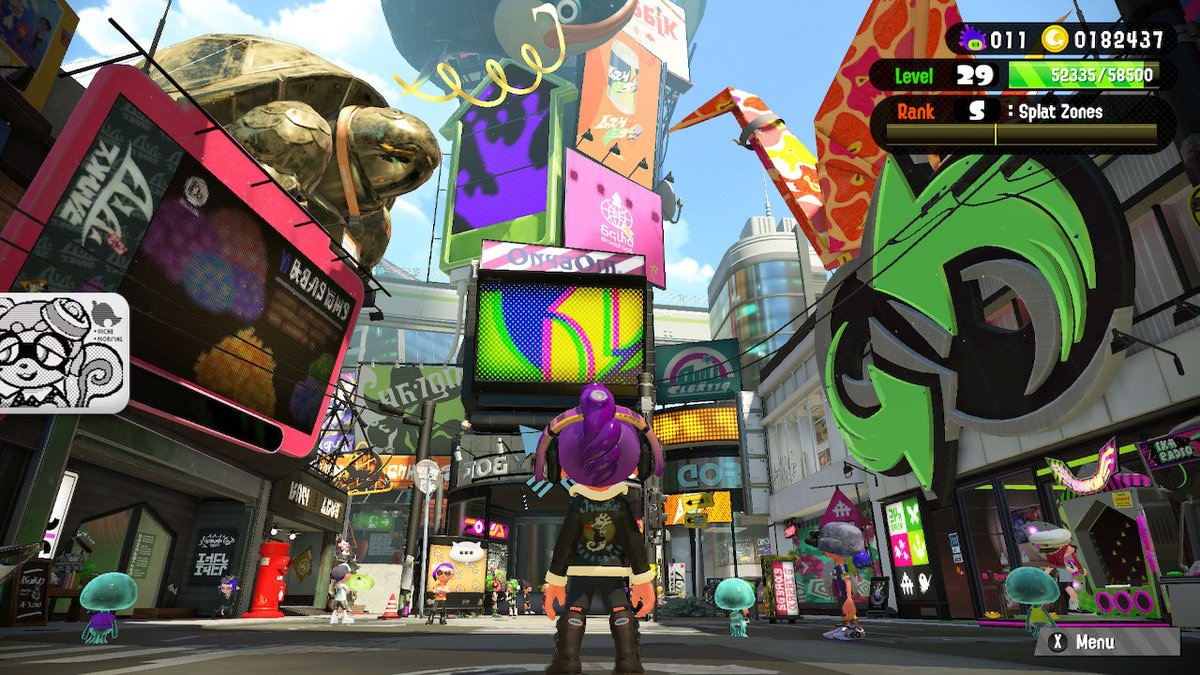 This needs to begin with a disclaimer. Playing multiplayer matches in VR would be a one-way ticket to making your room look like a Splatoon match in real-life, only with vomit instead of ink. So, VR integration with Splatoon 2 would ideally improve the game’s most superfluous aspect: Inkopolis. As someone who truly appreciates world-building and cohesion in games, I do enjoy Splatoon 2’s hub area, but after nearly two years with the game, it has become old-hat. At this point, I simply log in and walk straight into the lobby. However, being able to explore the hub and shops in VR would give reason to linger in Inkopolis once more. Considering the sheer amount of detail in this area, while the VR experience itself would be simple, it would certainly add an incentive to jump back into the game and take in its quirky world.

Sushi Striker: Way of the Sushido 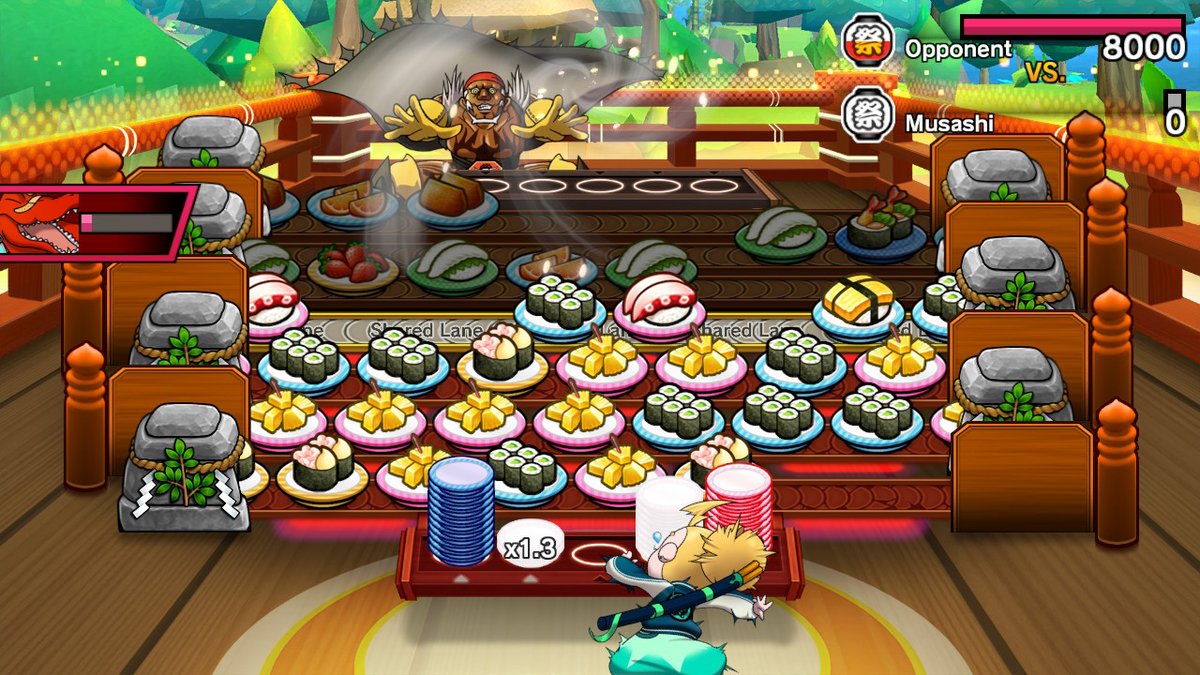 Perhaps I’m just not hip to the vibe, but I have absolutely no idea what the appeal of Sushi Striker is. What I do have an idea about, however, is how this game could greatly benefit from being played in VR. Considering that the game’s matches are rather bite-sized, and considering that the Nintendo Labo VR headset doesn’t have a head strap, this would be an easy VR experience to pick up for a round or two and put back down (literally) without your arms growing fatigued as you, say explore Hyrule in VR for hours on end. Not that I’d do that, of course. That would be silly. However, the real reason I think this game would be much more fun in VR is that the gameplay, for those unaware, involves chaining together similarly-colored plates of Sushi to then throw at your opponent to do damage. Imagine the thrill of lobbing a plate of sashimi at your opponent, knowing that it’ll really seem like they’re getting hit in the face by raw fish… or consequently getting beaned by your opponent. Sushi Striker would be a visceral and simple VR experience, which is perfect for the concept of Labo VR. 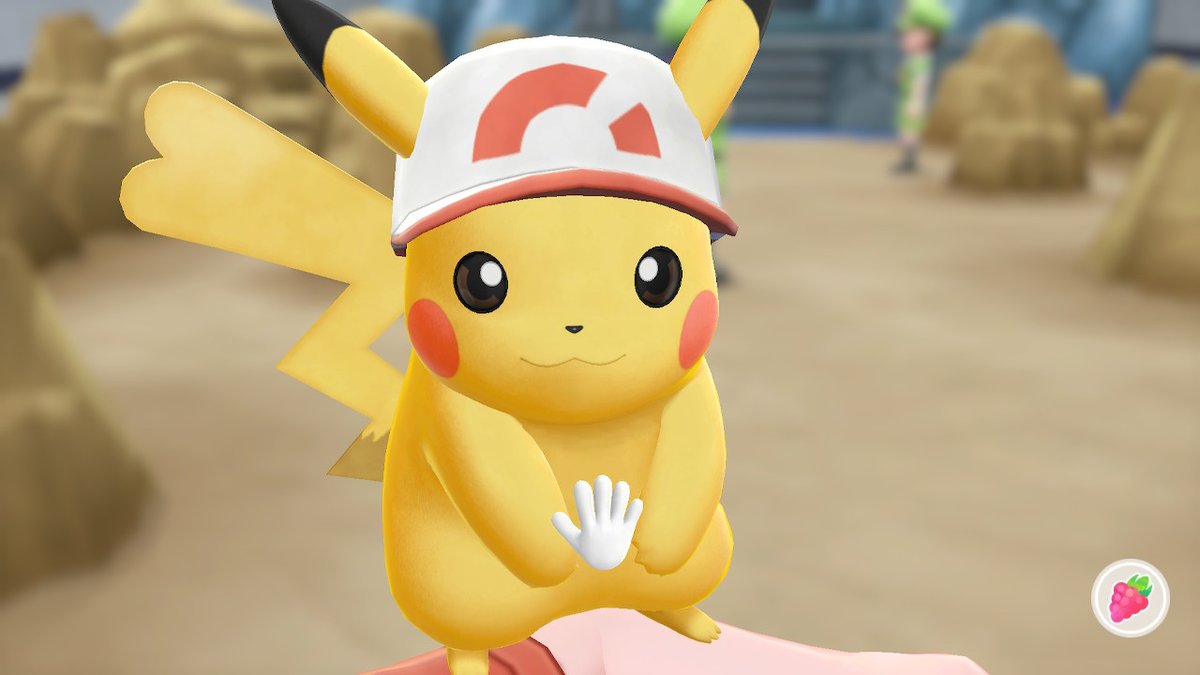 Who hasn’t dreamed of being able to explore the world of Pokemon themselves? While not the most robust solution, being able to run around Kanto in VR would be a treat. The game’s fixed camera and simple level geometry would certainly make for a low-stress VR experience, allowing players to simply kick back and get to know the Kanto region in a whole new way. Imagine petting your partner Pokemon and feeling as though they’re right in front of you. Better yet, imagine hopping into a wild encounter and tossing Pokeballs in first-person at an elusive Lapras or Electabuzz. Of all the potential VR experiences, I think that Pokemon Let’s Go is a no-brainer, and would certainly get me to clock even more hours into these games.

Of course, there are plenty more titles on Nintendo Switch that could have some great VR implementation, exclusive or otherwise. But, from the perspective of exclusives, the five mentioned here make the most sense for one reason or another. As a life-long Nintendo fan, getting to step into their worlds through VR, even in a limited capacity, is a tantalizing and exciting prospect. While the fidelity of the VR experience with Labo VR will naturally be inferior to the other offerings on the market, if Nintendo continues to move intelligently and leverage their IP, for once, Labo could be a bona fide hit. With all of that said, I am certainly awaiting the Labo VR Kit with anxious optimism–hopeful for the product but reserved in its potential execution. Only time will tell.

Abram is an aspiring games journalist with a soft-spot for titles published by a particular company that starts with N, and ends with -intendo. When he's not playing, or writing about, video games, Abram is most likely ranting to no one in particular about various films he's seen, or grabbing the sketchpad to do a bit of drawing.
Related Articles: Arms, Mario Kart 8 Deluxe, Nintendo Labo Toy-Con 04: VR Kit, Pokémon Let's Go Eevee, Pokémon Let's Go Pikachu, Splatoon 2, Sushi Striker: The Way of Sushido, VR
Share
Tweet
Share
Submit