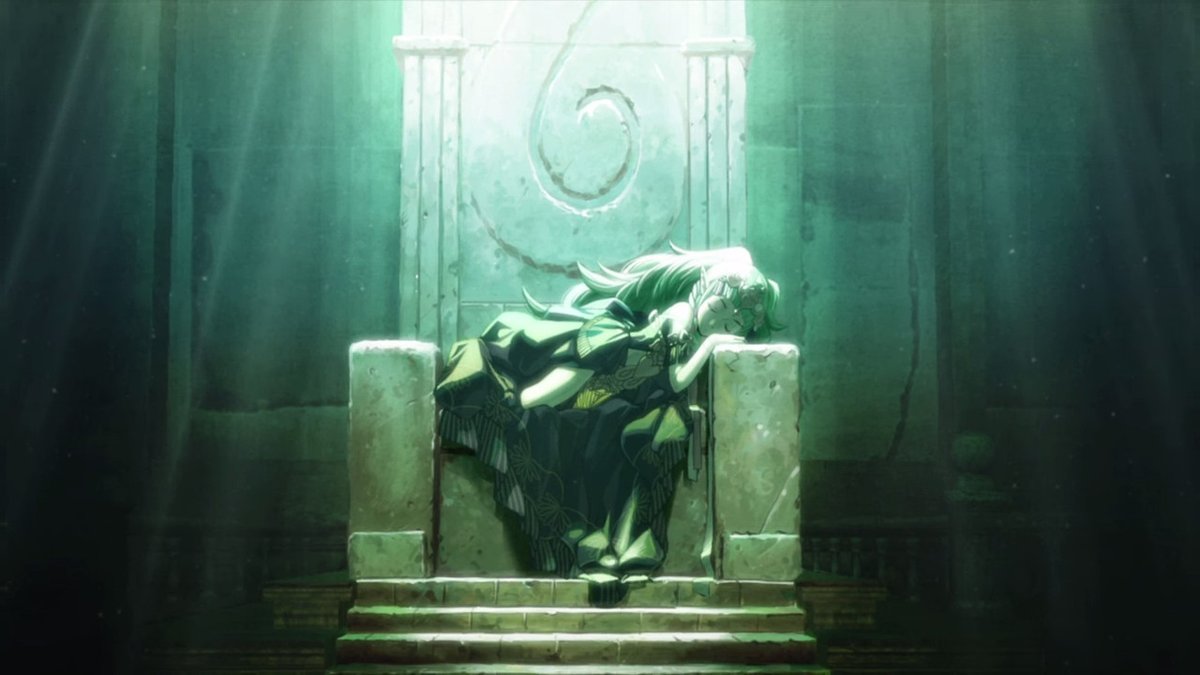 Life is hard. I get it. Whether you’re struggling to adjust to a new routine, hunt down a new job, or find romance in a sea of mixed messages, juggling the tribulations of an unpredictable and challenging existence can really get you down. But, at a certain point, you have to look in the mirror and wonder, am I the problem? Well, I hate to break it to you, but you probably are. All hope isn’t lost, though, as Fire Emblem: Three Houses, the newest entry in the long-running SRPG series is out now and brimming with lessons and opportunities that will sculpt you into the best version of yourself possible. Don’t believe me? Let’s take a look.

If You’re Starved for Human Connection, Three Houses will Make You Feel Something

We all get lonely from time to time, and with the hustle and bustle of daily life, making time for others is tricky when you can’t even make time for yourself. Well, if you find yourself in such an emotional and physical void, Three Houses will provide you with the opportunity to satiate your desire for human closeness. New to the series is the Garreg Mach Monastery, an academy in which your character is a professor. Between mission battles, you are able to free roam about the school grounds, participating in myriad activities to build relationships between yourself and your students as well as between the students themselves. You might even find a little bit of romance, just enough to keep your head above water as you slog through another day in the cubicle. 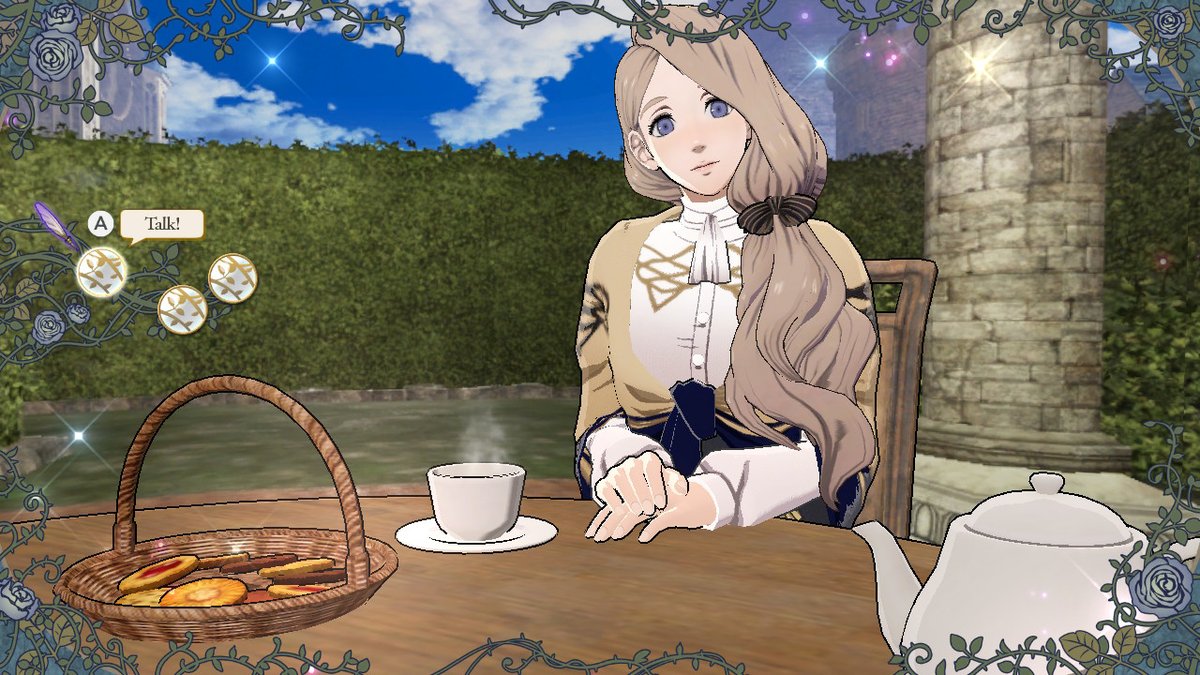 As alluded to previously, these relationships are largely a byproduct of your participation in the game’s optional meta-systems. They’re wide-ranging and seemingly innocuous: from gardening to cooking, to choir singing, to gift-giving, each element on its own seems unimportant. However, the interplay between these mechanics and the way they all feed into the game’s central relationship thread, one which has tangible effects on story and gameplay, is a masterful example of design. These simple side activities coalesce in a meta-game that I find to be just as engaging as the core, tactical gameplay in Three Houses. Plus, don’t we all just sleep a little better in our cold, empty beds knowing that our Fire Emblem waifus are just a few button presses away?

If You’re Tired of Real-World Politics, Three Houses can Distract You with Fake Ones

There’s almost nothing more draining then hearing your family, friends, coworkers, and the entire games media rail on about politics. If you can feel your life force slipping away with every outrage-fueled headline, Three Houses has you covered with more than enough meaningful political intrigue and moral debate to stimulate your brain. The cast of characters, narrative, and background lore are all so rich with life and detail due to the game’s phenomenal writing. The script balances levity and maturity in excellent fashion, bouncing from the political dynamics of the Fodlan churches and the morality of civilian deaths in wartime to lighthearted shopping trips to town so effortlessly that the dichotomy in tone is never noticeable. All I saw and experienced was the engrossing and intellectually stimulating tapestry of Three Houses’ universe. 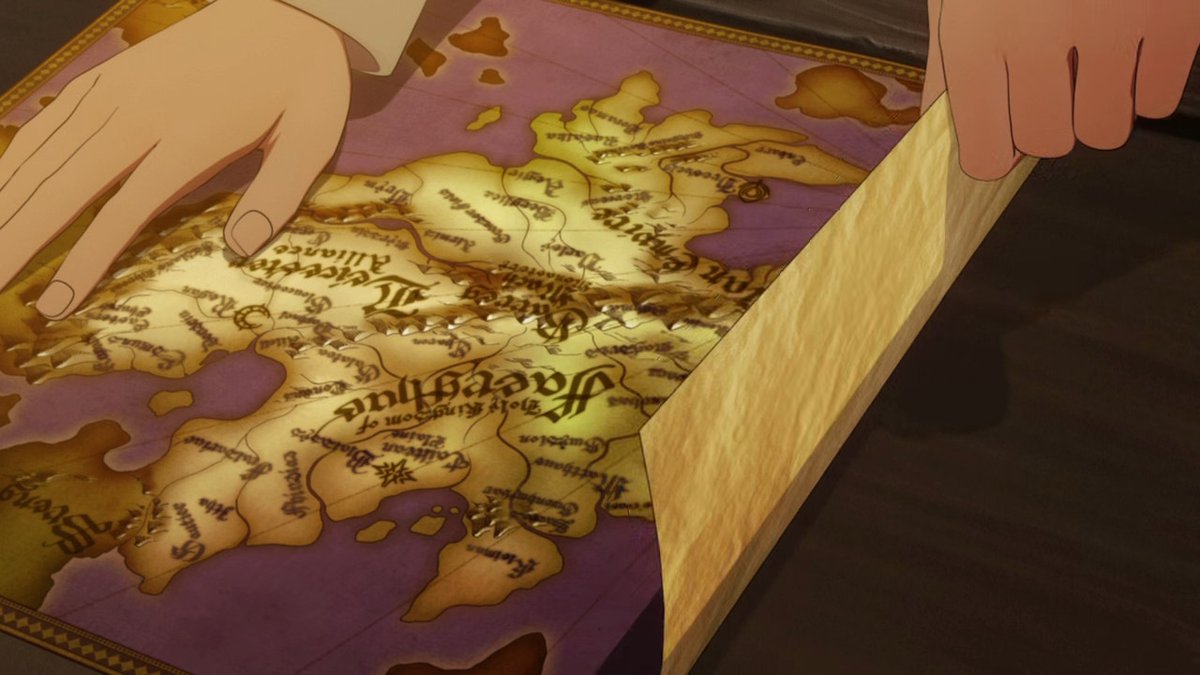 In fact, from the game’s cinematic intro, it is apparent that Three Houses is looking to tell a story of a higher stock than is typically expected from a game of this ilk. Already, I’ve found myself gripped and surprised by the goings on in the game’s narrative. Its political and moral beats feel bold, poignant and intentionally ambiguous in nature, leaving the player to draw their personal conclusions about the validity of Fódlan’s ruling. You can also step away from Three Houses’ political undercurrents with the press of the Switch’s sleep button, which is nice. I’m still trying to figure out how to do that with real-life politics. It isn’t working. Help.

If You’re Scared of Death, Three Houses Will Teach You to Cope with the Impermanence of Human Life

Underneath the game’s Persona exterior is a deep SRPG heart that provides the lifeblood of the Fire Emblem experience. Underneath our fleshy exterior is a heart that likewise provides our lifeblood. And, when that stops beating, we cease to exist–a prospect that many find hard to reason with. Well, Three Houses may just be the place to come to terms with your fear and truly understand what it means to deal with loss. The turn-based, tactical gameplay Fire Emblem is known for, on top of its inherent polish and great design, is made even more immersive due to the game’s optional (but, dare I say mandatory) permadeath feature. Should one of your units whom you’ve come to bond with over the course of your adventure be struck with an arrant blow that knocks their hit points to zero, with permadeath on, they’re gone for good. 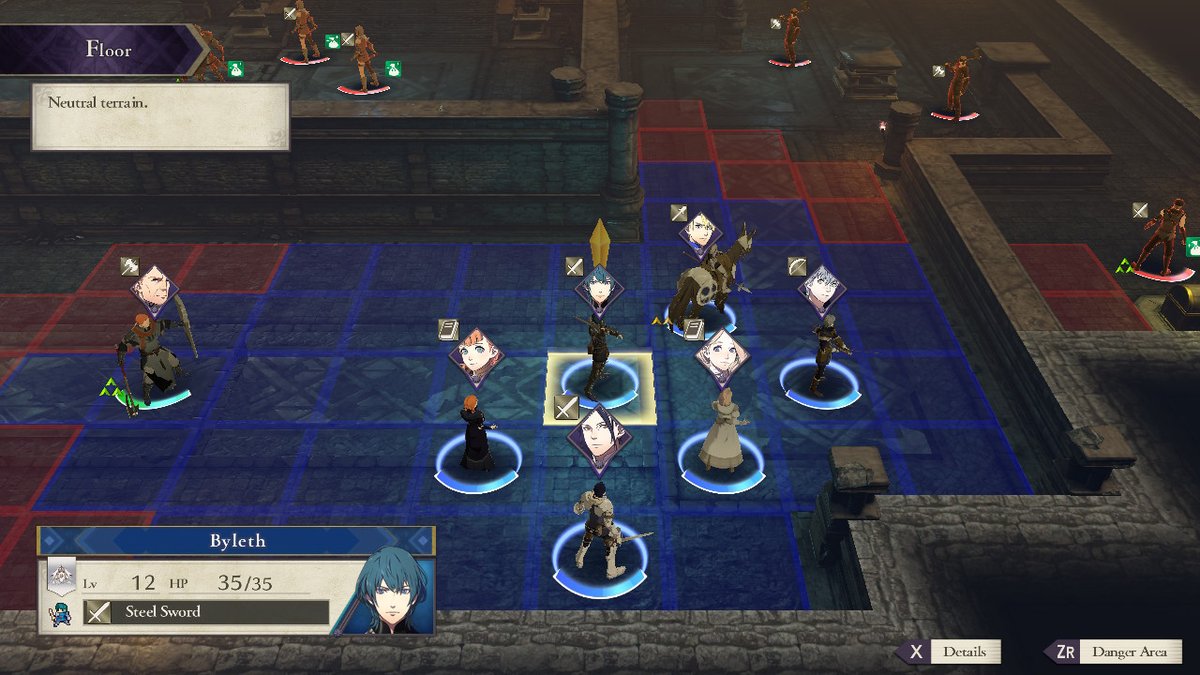 While this naturally raises the stress factor associated with the gameplay, the accompanying boost to immersion easily outweighs the heightened stakes. Actually, I find this element of Fire Emblem’s gameplay to be a large part of its appeal. It dials me into the nuance of battle and forces me to think critically and carefully in order to bring my team through to victory, keeping them planted squarely in the land of the living. As we’ll talk about shortly, the script and voice work in Three Houses is so masterful that you’ll surely feel a tangible connection to your teammates, and as such, their lives will feel even more important on the battlefield. But, when you lose someone to a stray arrow, you can pause the game and practice working your way through the seven steps of grief. Once you’ve gotten a few Fire Emblem casualties under your belt, you’ll be a pro at the whole “ coping with death” thing.

If You Can’t Keep a Schedule, Three Houses will Force You to Learn Time-Management Skills

The following situation is universally relatable, and if you claim that it isn’t, you’re lying. You’ve just returned home from a day of class and you’re tired. You want to relax but you know that you need to get an assignment done, work out, call your mother, and make dinner. Mentally, you’ve set up a priority hierarchy and budgeted out time for each task. In actuality, you lie on your bed scrolling Twitter for an hour, work out, eat dinner two hours late, and neither do your homework or call your mother. Well, that simply isn’t going to do. Luckily, Three Houses will hammer the importance of time management into your skull.

Perhaps one of the most interesting new motifs that Three Houses introduces into the Fire Emblem series is a calendar-based chapter system in which you have to prioritize various actions. One chapter equates to one in-game calendar month, culminating in the month’s main battle. As you proceed through the calendar week by week, you’ll spend Monday through Friday allocating limited resources to tutor your students in various core skills ranging from swordsmanship to archery. This proficiency will allow your students to be stronger in battle and take exams to gain new class roles, such as Mercenary or Priest. 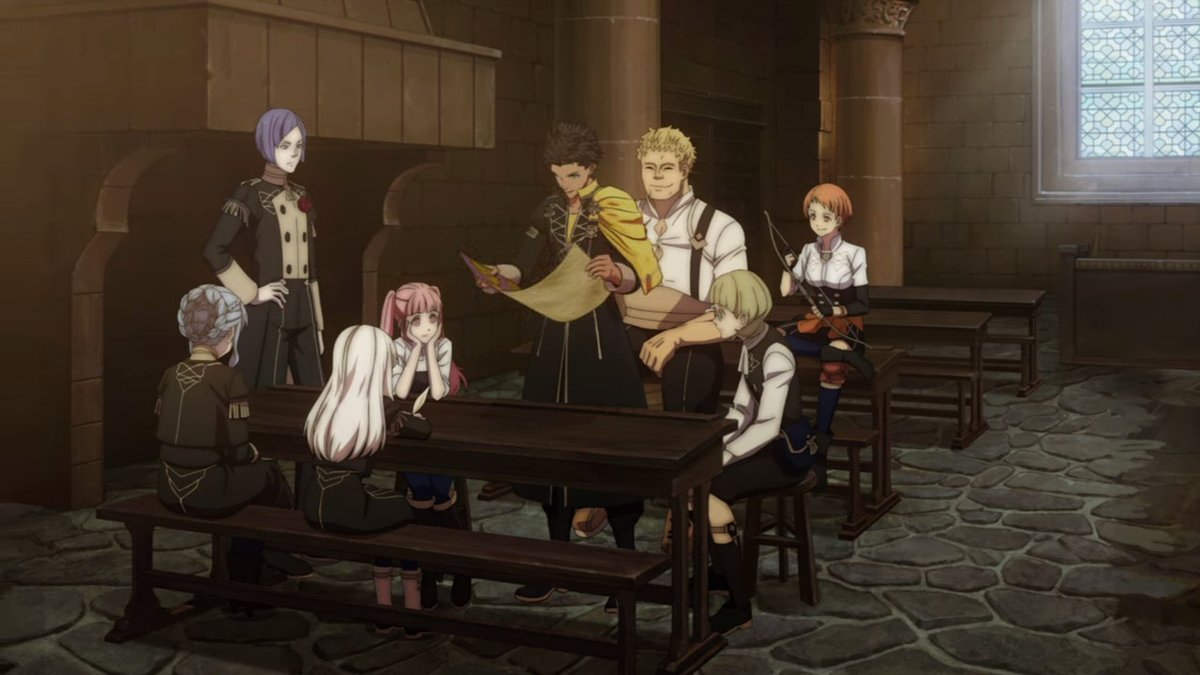 Keep in mind, though, not everyone can be trained each week–their ability to learn is dictated by their motivation. Well, motivation can be raised on the weekends by participating in activities around the Garreg Mach Monastery. But, going to the Monastery means you can’t go into the field and grind for experience. By limiting the amount of actions the player can participate in each calendar month, every choice becomes more important, lending further agency and weight to every aspect of Three Houses’ multitasking-heavy gameplay. Equal parts stressful and satisfying, I find this time management to be a natural extension of the game’s SRPG gameplay systems and a perfect fit within the school setting. It is yet another instance of design mastery displayed by the developers, and a far more arduous balancing act than a five minute phone call and a chapter of reading. Do your work and call your mom, damn it!

With that, you now know precisely how Fire Emblem: Three Houses will improve your life and make you the better person you strive to be. Plus, you’ll just have a great time playing the game. While Nintendo’s 2019 has been, and continues to be, stacked with exciting, high-octane releases, Fire Emblem: Three Houses is easily one of the most special and worthy of your time. It’s a true evolution of what Fire Emblem has been and it simply offers an enriching world to get lost in. While I haven’t put nearly enough time into the game to say for certain, when year’s end rolls around, I have little doubt that Three Houses will be prominently featured in my game of the year considerations. Stay tuned to Gaming Trend for our full review of the game in the coming weeks.

Abram is an aspiring games journalist with a soft-spot for titles published by a particular company that starts with N, and ends with -intendo. When he's not playing, or writing about, video games, Abram is most likely ranting to no one in particular about various films he's seen, or grabbing the sketchpad to do a bit of drawing.
Related Articles: Fire Emblem: Three Houses
Share
Tweet
Share
Submit