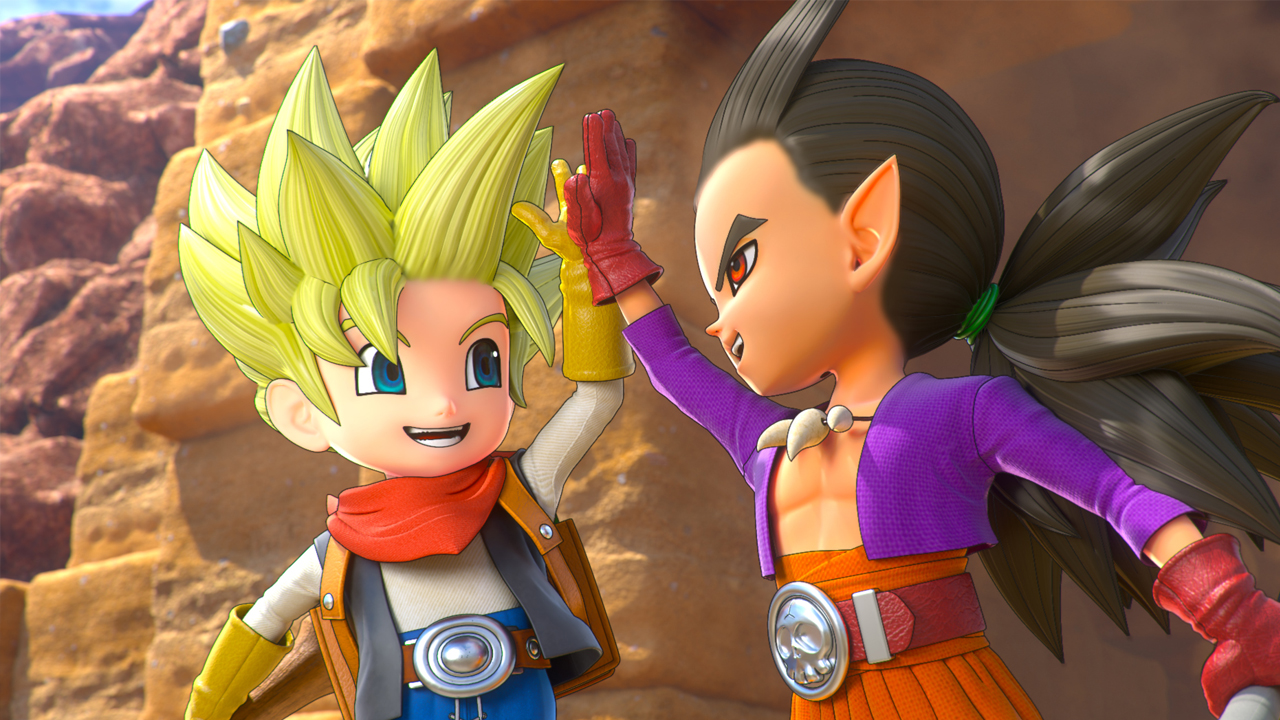 I played Dragon Quest on the original NES…and that’s the last I’ve seen of the series. When Dragon Quest Builders 2 hit our review queue, Codi Spence jumped on it, having had more exposure to the series than I had. His review on PlayStation 4 made the game sound like precisely the sort of builder-sim I could get behind. Watching his Let’s Play (you can see it below) sealed the deal and I knew I had to pick it up for Switch. While I won’t attempt to rehash his review, I will look at the subtle differences between the two platforms.

The largest and most obvious difference between the PlayStation 4 version and the Switch version of the game is portability. If you are looking for a fantastic builder to play while you queue up for a movie or on a lunch break, then the Switch version is your easy choice. Beyond portability, the next major difference is that Dragon Quest Builders 2 runs at 60fps on PlayStation 4, and 60fps in docked mode or 30fps+ while undocked. The only time I saw the docked Switch dip from 60fps was during moments where I encountered a heavily wooded area. These moments are brief, snapping back to the 60fps mark almost immediately. For as little as it happens, it’s a safe bet that you might not even notice.

Opening up the settings on the Switch version, you’ll note that there is an option to turn on higher quality water transparency — it’s set to low by default. I ran the game from a full to empty battery with the setting on low and again on high (more on this later) and noticed no appreciable difference beyond a slightly better visual quality. The framerate wobbles felt no more prevalent than when dialed back to low, so there’s no reason not to crank it up that I could find.

There are a few differences in image quality between the Switch and PlayStation 4 version of Dragon Quest Builders 2, the most noticeable being a slight reduction in texture detail and lighting. When looking at them side by side, the Switch version doesn’t have quite the same texture sharpness as the PlayStation 4 version, but unless you happen to run them side-by-side, I’m not sure you’d ever really notice. Similarly, the lighting is not quite as vibrant, but really only noticeable when shown side-by-side. Why, you may ask? Simple — the PlayStation 4 runs at a 1080p resolution, whereas the Switch runs at 720p. It’s likely that these textures and lighting systems are affected by the pixel count and a slightly reduced shadow effect, but while still retaining smooth performance and quality. 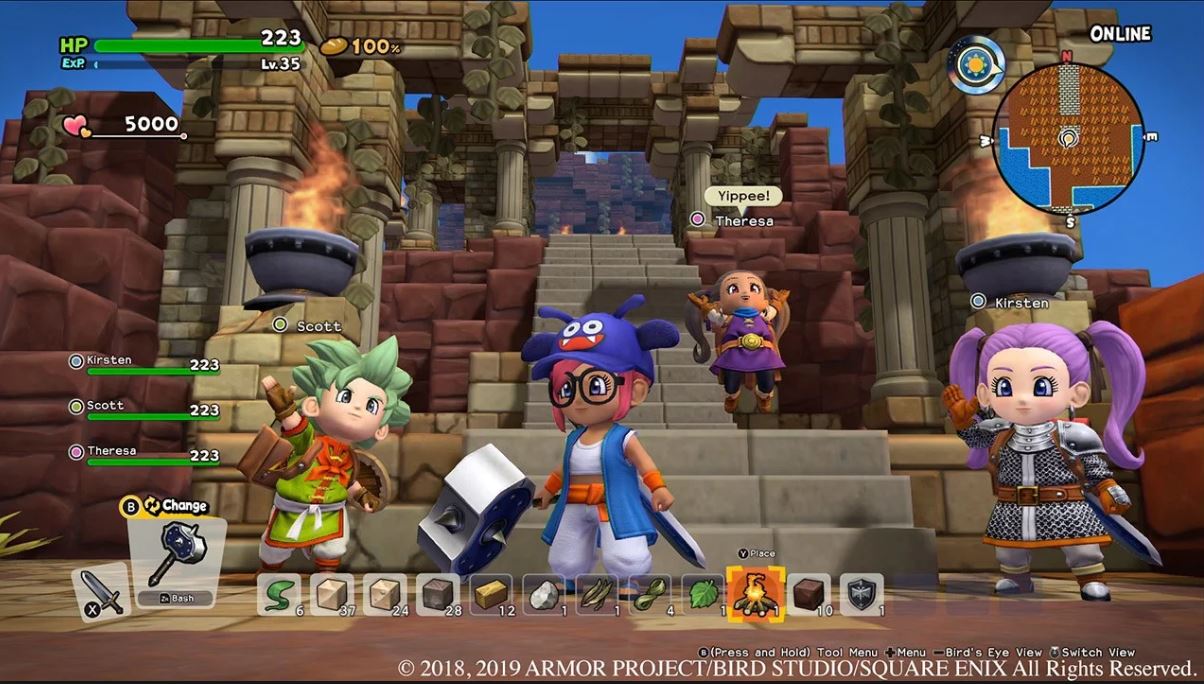 There is little difference between the two platforms.

Undocking the system is where we see what I mean by “30fps+”. While most games ported to Nintendo’s portable feature a locked framerate, Dragon Quest Builders 2 benefits from it being unlocked. While I’ve not seen it dip below 30, I have seen the framerate bounce closer to 60 on occasion. Thankfully, the game doesn’t take any additional hits to resolution, maintaining the 720p resolution present in docked mode.

While it’s been essentially the entire life of the Dragon Quest series since I jumped in, Dragon Quest Builders 2 has absolutely snared me. I’ve drained a full battery more than once playing the game, getting somewhere around 4 hours of solid game time before getting the dreaded low battery notice.

In the end, the differences between the Switch and PlayStation 4 version, especially while docked, are so negligible that it truly is a nearly equal choice. For me? I prefer to be able to take my blocky kingdom on the go.

Dragon Quest Builders 2 is available for PlayStation 4 and Nintendo Switch, and you can read our review here where it scored a well-earned 85%.

Ron Burke is the Editor in Chief for Gaming Trend. Currently living in Fort Worth, Texas, Ron is an old-school gamer who enjoys CRPGs, action/adventure, platformers, music games, and has recently gotten into tabletop gaming. Ron is also a fourth degree black belt, with a Master's rank in Matsumura Seito Shōrin-ryū, Moo Duk Kwan Tang Soo Do, Universal Tang Soo Do Alliance, and International Tang Soo Do Federation. He also holds ranks in several other styles in his search to be a well-rounded fighter. Ron has been married to Gaming Trend Editor, Laura Burke, for 21 years. They have three dogs - Pazuzu (Irish Terrier), Atë, and Calliope (both Australian Kelpie/Pit Bull mixes).
Related Articles: Dragon Quest Builders 2, Let's Play
Share
Tweet
Share
Submit