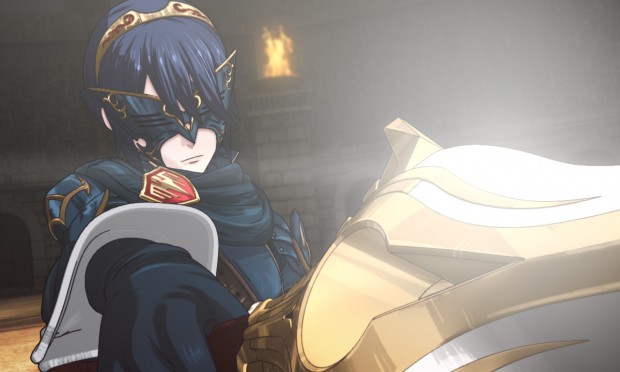 As I’ve grown older, I’ve found that as more responsibilities get tacked on, it gets harder and harder to find time for traditional gaming. Gaming is something I schedule now, a specific portion of the day I’ve set aside. I have work, chores, errands, and the best way to get my game time in is usually either during a short break, while I’m doing something else, or a short session before I go to bed.

To that end, my Vita has been my platform of choice for a while now. It slides in my pocket easily, I can suspend a game and pick it up again later, and it has a wealth of titles in a genre that suits itself perfectly to these short sessions: visual novels.

Visual novels have been on the rise, or at least on the radar, for the past few years in the US. Games that tend to resemble books more than traditional games, they’re long stories with branching paths or choices, with plenty of visuals, music and CG’s. It’s like your favorite novel has been pre-packaged with a CD to listen to and visuals to enhance your experience while playing.

This game starts out as a typical high-school love triangle comedy. Muv-Luv: One helluva ride.

I got bit by the VN bug a couple of years ago, by taking a deep dive on a game I never thought I would, Katawa Shoujo. A game that, by all accounts, should be terrible; it was produced by a studio formed on 4chan, based off sketchings and ideas of a high-school boy with a heart disease being sent to a boarding school for children who must remain under 24-hour care because of specific disabilities. What they produced, however, was a story of compassion, understanding and dealing with topics that aren’t exactly “dinner table conversation” in a really meaningful way. Some of the dialogue bordered on the absurd at times, but by the end, I understood why people liked this genre of games I had never considered games, and I wanted to see what else the genre had to offer.

Heading to a wonderful website called the Visual Novel Database, I sorted by “most popular” and went in. I tried out novel after novel, some holding my attention and some falling a little short. It was like summers where I used to check out books from the library, attempting to read some the great literary classics. However, like with some of those classics, some of these popular VNs didn’t quite do it, but that was that. I was hooked.

With the advent of titles like the Danganronpa series becoming sleeper-GOTY hits, Steins;Gate getting a stateside release, and Kickstarters for Clannad  and Grisaia  getting fully funded in a matter of days, I’m starting to think I’m not the only one bit by the VN bug.

My visual novel/Vita combo is basically like a gamer’s version of a Kindle. Easy to carry, start and stop, and brimming with story without demanding 100 percent of my attention, it sounds like a match made in heaven. If the Vita isn’t your handheld of choice, the 3DS also has a wide variety of both traditional visual novels, like 999 and the Layton and Phoenix Wright series, but also games with heavy VN elements, like the Rune Factory series. Add in the possibility of iOS ports and the fact that Android already natively supports visual-novel-centric engines like RenPy, and now mobile and handheld seems like the perfect platform for VNs to solidify themselves in the US.

Refuting arguments and finding the killer in each of Danganronpa’s trials is more satisfying than most of the games I played last year.

So what’s holding visual novels back?

For one, their history. Visual novels have had a much longer history in Japan than in the US, and part of that history is intertwined with a genre they call “eroge,” or games that contain explicit sexual content, usually for the user’s enjoyment rather than artistic merit. Even some of the best, most highly-rated visual novels contain eroge scenes that can range from storyline necessity or valuable character growth to just plain voyeurism, and that’s not counting the heaps of bargain bin content made for pure enjoyment. Luckily, companies have noticed that to market their content to larger audiences, there will have to be changes, but it doesn’t help that VNs like the Grisaia trilogy and Fate/Stay Night have critical plot elements contained within hyper-sexualized scenes. It makes it difficult to want to read these titles on the bus to work if you’re worried about a sudden case of turning your screen downwards and looking around in an awkward, totally-inconspicuous manner.

Another problem is their target market; visual novels tend to target a niche within a niche. Most VNs use anime visuals, and so most who don’t like anime won’t be interested in the game. That also means that there can be those who enjoy anime, but don’t enjoy reading great lengths of text or the time investment required for some of the larger novels. There is some cross-over, in the form of anime adaptations of VNs, but they tend to run the gamut from fantastic (like Clannad, Steins;Gate and the currently-running version of Fate/Stay Night) to bleh (like Grisaia and the older Fate/Stay Night).

It’s a difficult subset to target, which is why eroge content is so prevalent in the genre, but many games have been trying to develop visual novels that subvert the genre norms. Danganronpa added in tons of minigames, a social element akin to the Persona series, and intense gameplay in the form of their class murder trials. 999 used puzzle elements to change things up, and utilized multiple endings very effectively. Even Professor Layton and Phoenix Wright, two very popular handheld series in the US, are visual novels, featuring heavy amounts of dialogue broken up by investigation, exploration and puzzles/trials.

One of the climatic moments of just one of Fate/Stay Night’s three routes, or versions, of the story. Do you have enough swords, King of Heroes?

Visual novels also have the problem of being a genre based on the PC. While they traditionally have existed on computers, their format tends to lend itself to bouts of reading instead of requiring focused attention like traditional PC games. It’s difficult to recommend that someone read a 60+ hour novel sitting at their desktop computer, or even laptop, but take that same novel and break it up into an hour before bed every night on a handheld device and it becomes much more reasonable. Some companies have already shown interest in handheld and mobile devices, like Key, Mangagamer and Sekai Project, but the visual novels you find on handheld tend to be ones with more gameplay rather than “traditional” VNs.

Those problems aside, many titles in the genre have risen above and beyond, and there’s a great deal of them that have yet to see official translations to the US. Classic VNs like Fate/Stay Night and Muv-Luv have yet to see official release in the US, despite the fact that they offer better stories and characters than most of the games in recent memory.

The visual novel community is also an extremely passionate one, and likely the reason that they’ve even become this popular in the first place. Sites like vndb, fuwanovel and other spaces provide info for fan translations of a multitude of games, allowing fans to play games that would otherwise require you to learn Japanese to read. The communities at these sites really care about the genre, and are always willing to help out newcomers as they wade through the learning process of getting these titles running and getting to the good part: reading!

Regardless of checkered pasts or platform limitations, visual novels are charging ahead. The support shown for titles and fan-backing of Kickstarters and companies have definitely set the stage for a surge in the West, and with handhelds and mobile platforms reaching the specs required for running these novels smoothly, we’re in for a treat with plenty of major VN titles arriving in 2015. Does this mean we’ll finally see US releases of VNs like Fate/Stay Night and the Muv-Luv series? Possibly. Could US companies get involved and develop their own? Telltale Games already produces a product that has many similarities to visual novels, and though more AAA companies are reluctant to follow suites, there’s been many amazing US-produced visual novels released on Steam, like Analogue: A Hate Story and Long Live the Queen. Only time will tell, but right now, the future looks pretty great for visual novels, and it has never been a better time to get bitten by the VN bug.