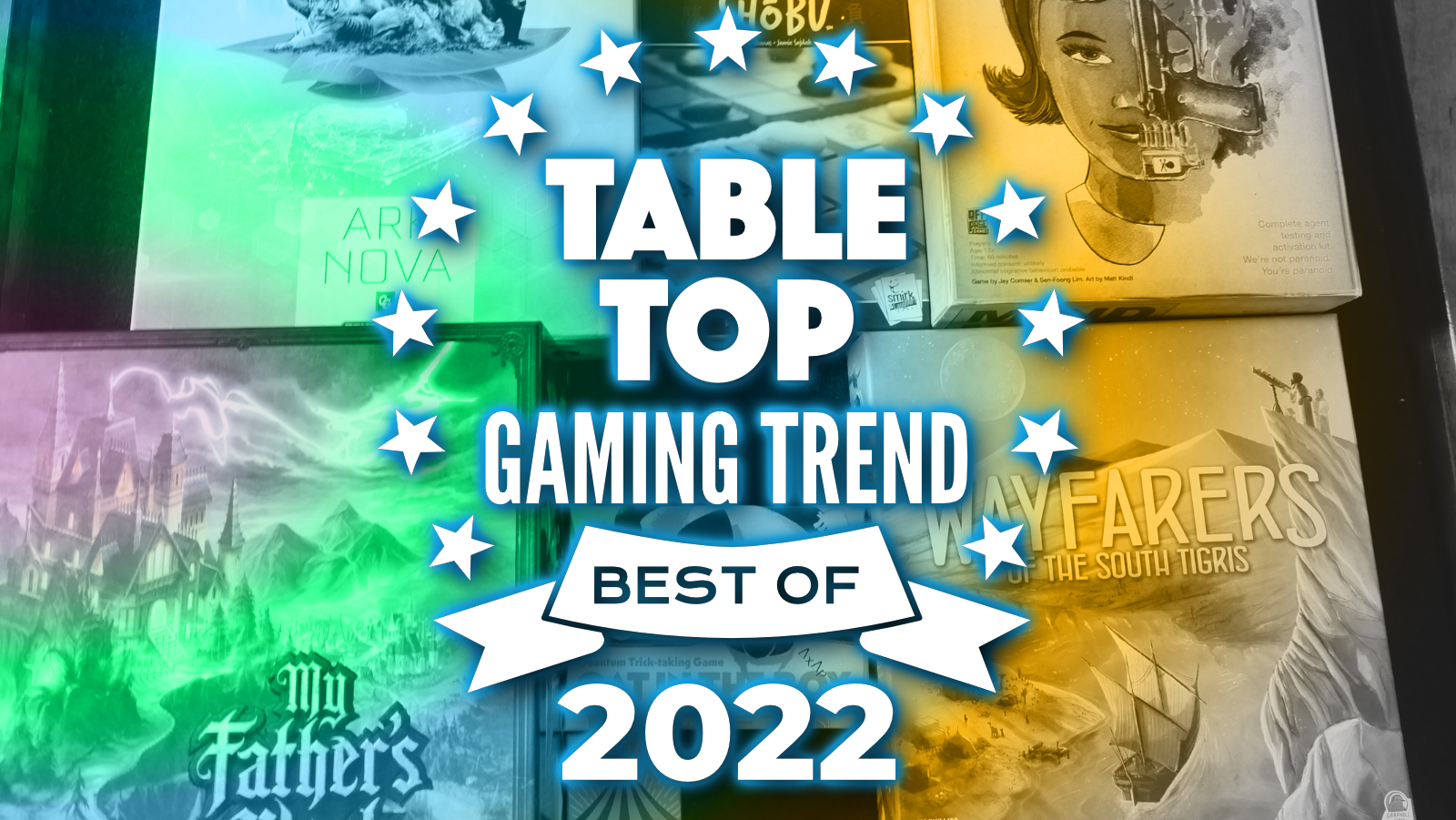 2022 was an amazing year for Gaming Trend’s tabletop team: We more than doubled our crew, reviewed more tabletop games than any year prior, went to more conventions than ever before, and, of course, played more games in 2022 than ever! Instead of just giving you a “Top X Countdown”, or break it out by genre, we thought we’d let our Tabletop Editorial Team share their individual top five (plus honorable mentions). Yes, some of us liked the same games -and you’ll see familiar titles as you scroll down each list- but you’re also likely to see some games that likely aren’t appearing on anyone else’s list this year. Without further ado, here are the best tabletop games we played in 2022: 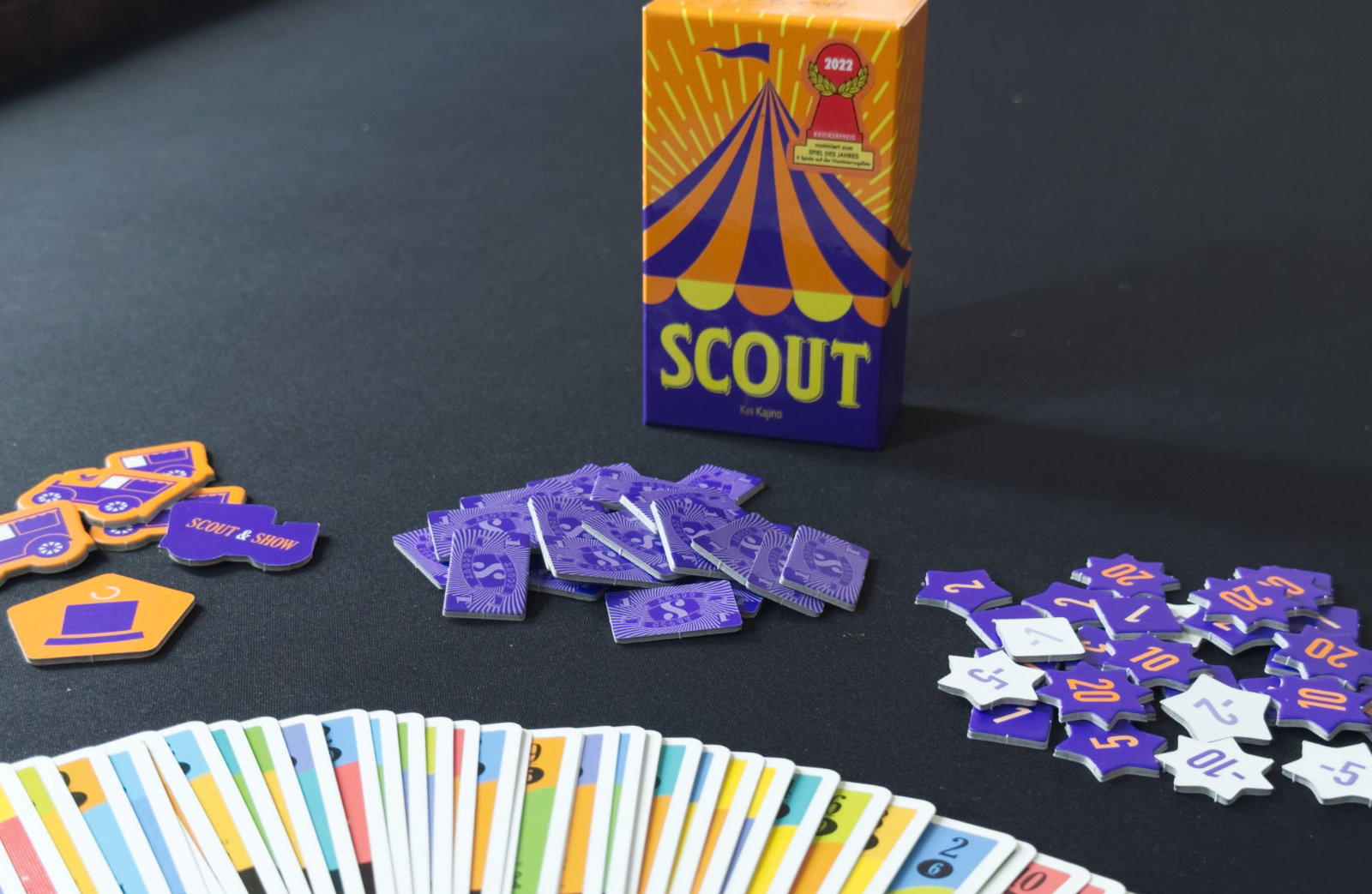 This tiny box blend of trick-taking and rummy is probably the perfect filler game. Cards have two different values depending upon orientation, plays must be adjacent in-hand, and hands cannot be reorganized or flipped once play begins. All this adds up to a game that plays quickly but wildly differently every time, depending upon player count and hand quality. According to the rules, you’re supposed to play hands equal to the number of players, but honestly you can just play until you’re ready to move on to the next thing, if that’s one hand or twelve. Check out our Gen Con preview. 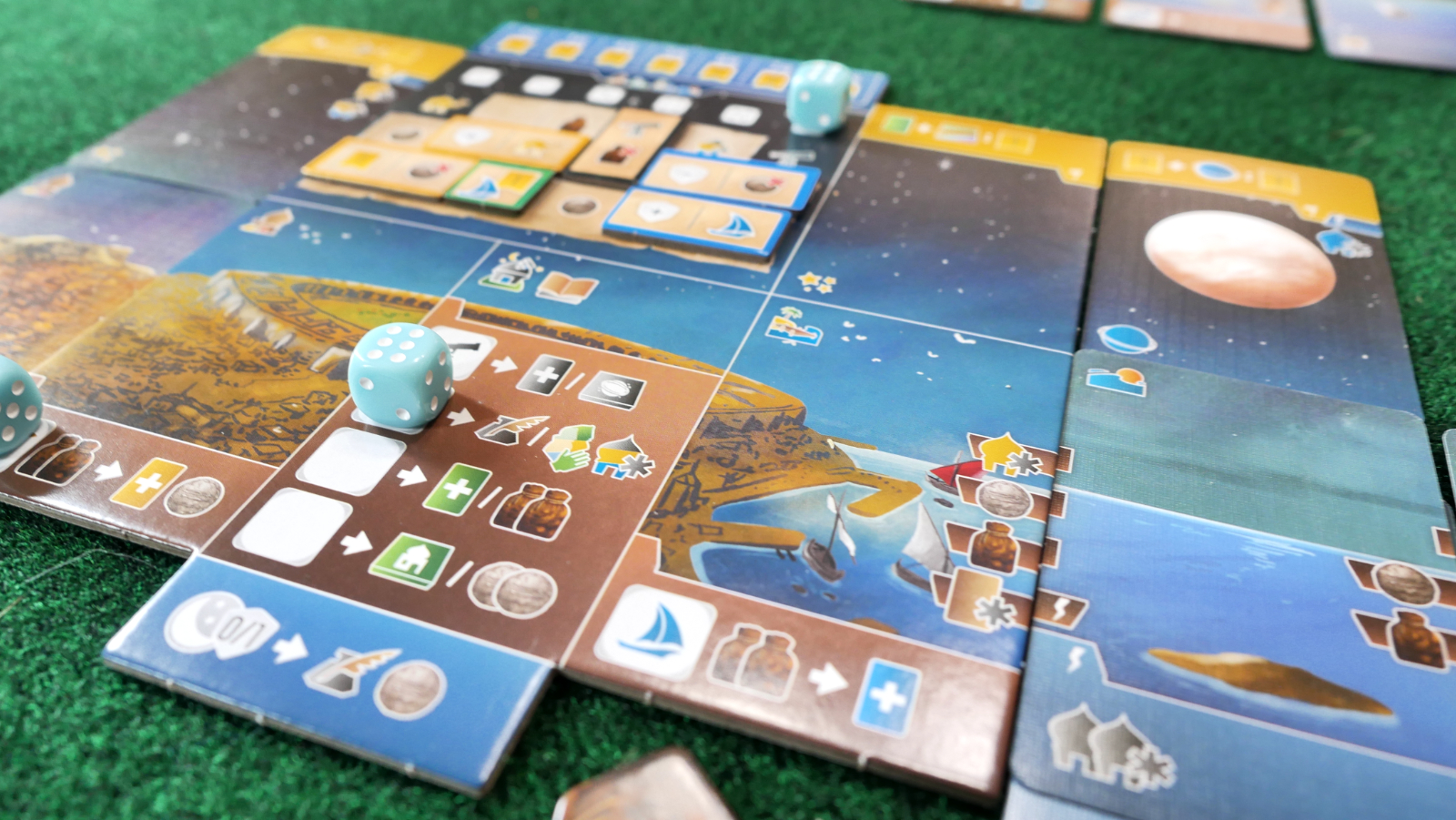 Wayfarers of the South Tigris

Wayfarers of the South Tigris is the first entry in a new trilogy of games by designer Shem Philips known for his North Seas and West Kingdom trilogies. In Wayfarers, you are mapping the areas surrounding Baghdad by placing dice and workers, collecting cities, ports, and landmarks, and charting open waters and the skies above. Fans of the North Seas and West Kingdom trilogy will find this a welcome addition to their collections and enjoy the tableau building, worker placement, and card/dice upgrade systems. 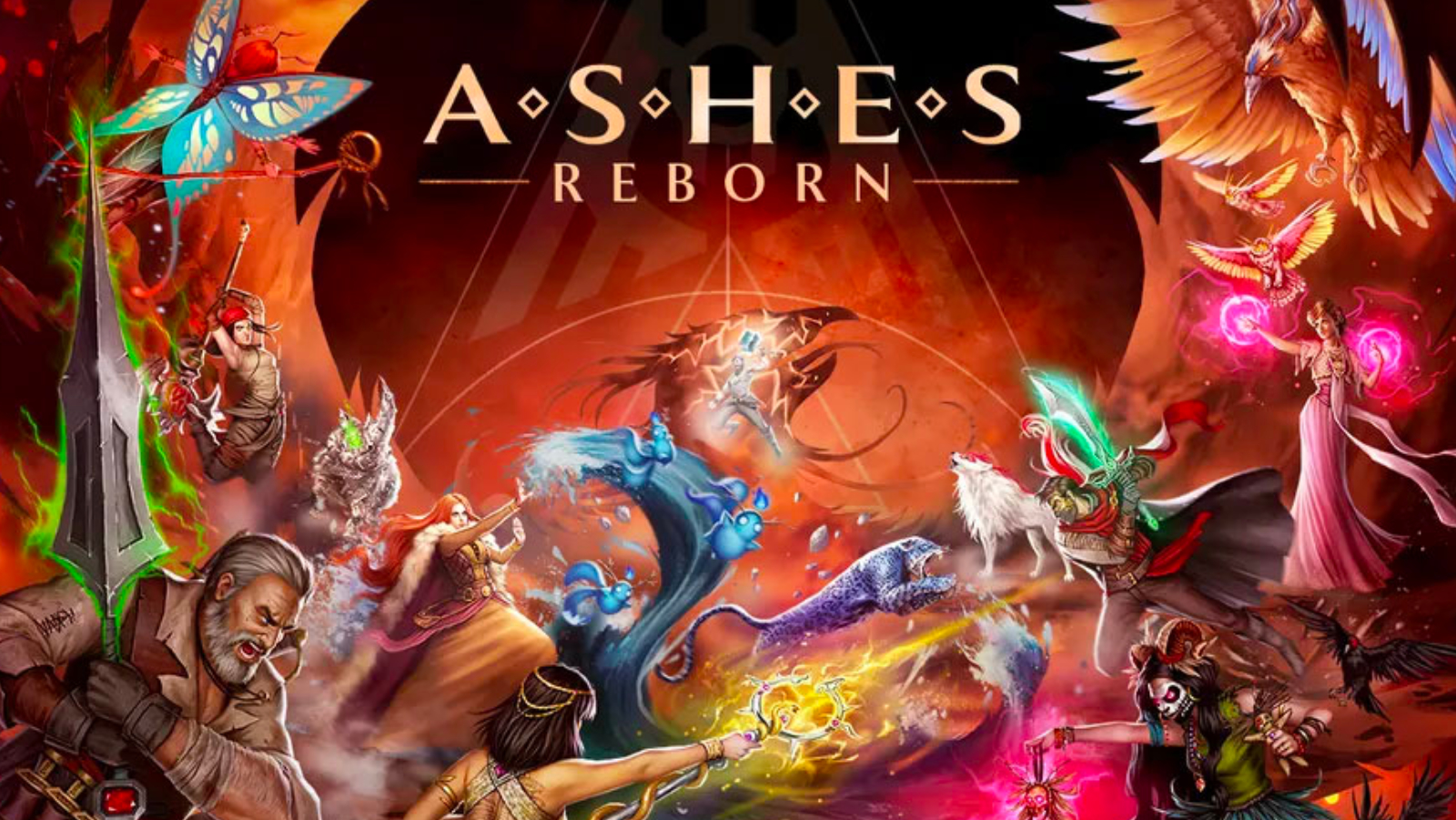 Ashes: Rise of the Phoenixborn was a fresh, innovative LCG that died an early death due to complex turnover at Plaid Hat Games. Its second edition might just be a perfect game. The relaunch consisted of a complete overhaul of the cards and mechanics while keeping everything I appreciated about the original release. Never have I seen an LCG so focussed or so elegant, with more decks coming all the time. 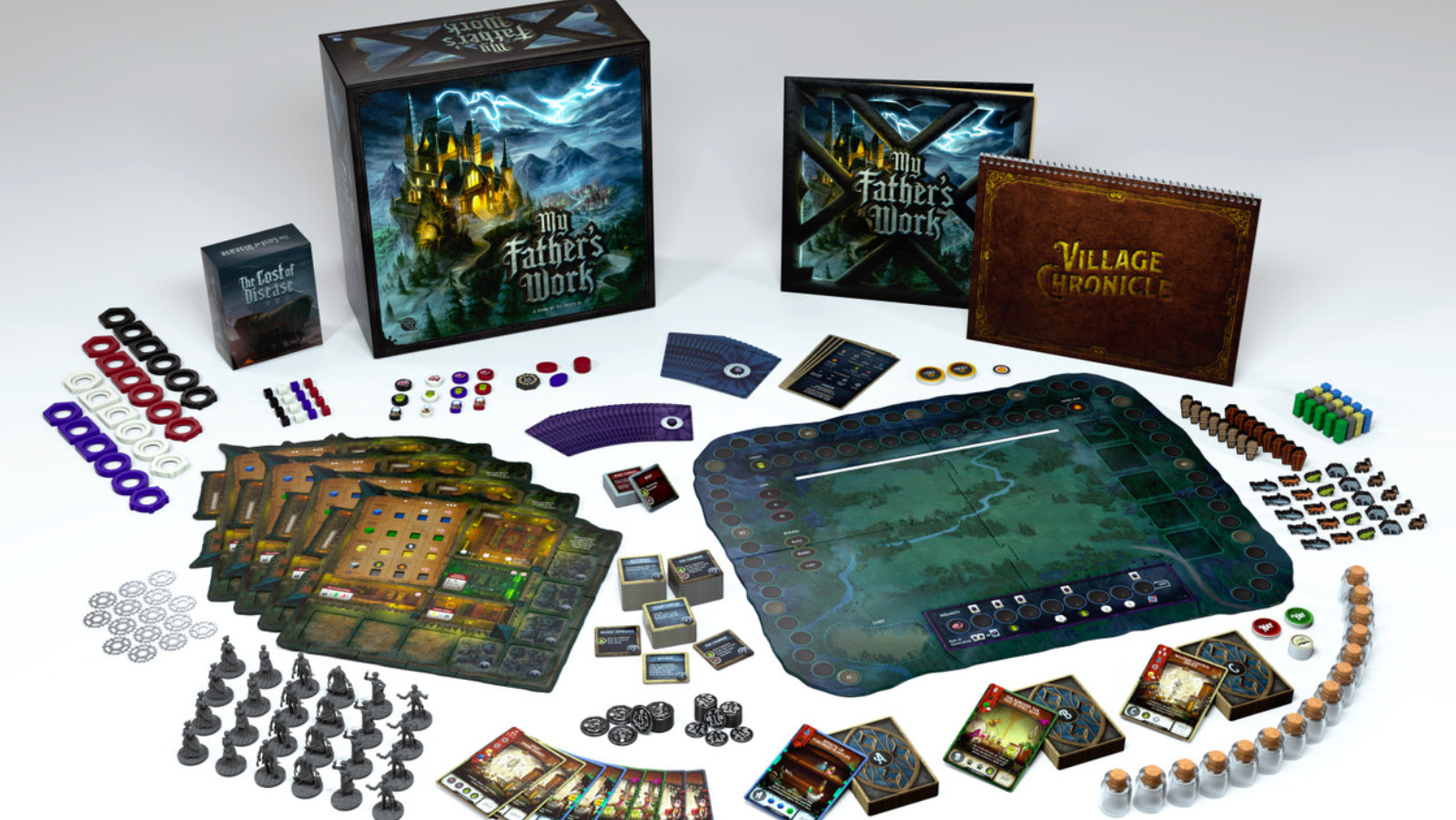 My Father’s Work is a heavy game – literally: the box weighs 4.1 kilos (9lbs 1oz). It just has that much stuff in it! The game takes its players through the evolution of a Victorian era village with the families of mad scientists living in vicinity. Each family (player) is trying to complete their ancestor’s life’s work within three generations. Individual and group decisions impact the development of the village and can lead to all sorts of crazy stuff from werewolf plagues to wars. With three scenarios, tons of excellent components, excellent theming, and a myriad of options, this game is like a bookshelf of Victorian horror novels waiting to be read. 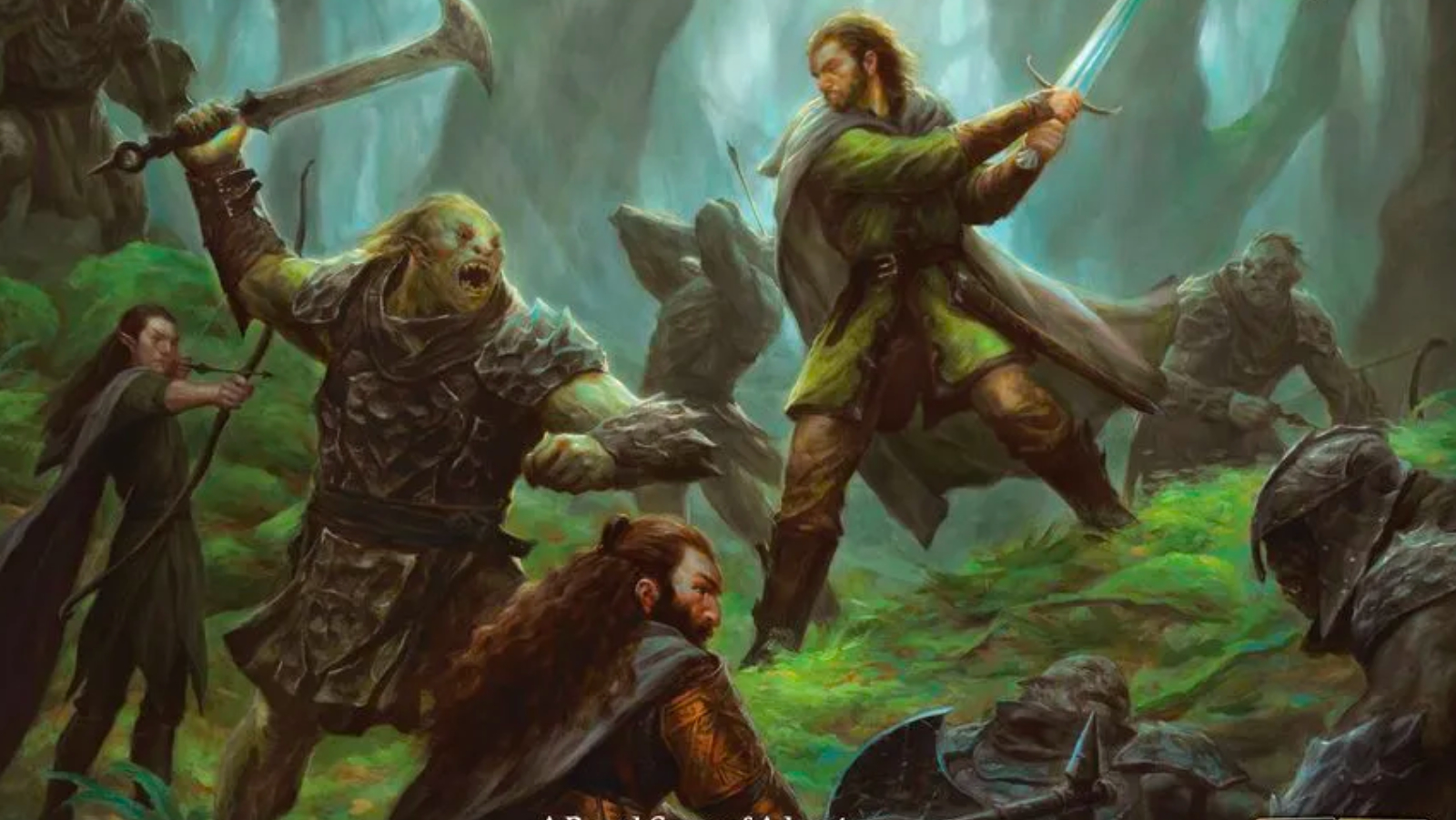 Lord Of The Rings: Journeys In Middle-Earth

Journeys in Middle-Earth allows you to play a role-playing game set in J.R.R. Tolkien’s Middle-Earth without someone having to play as a game master. All the tools needed to play an immersive campaign come in one box (and the free app.) The design on the miniatures is phenomenally detailed while the free app randomly generates missions and board layouts. You’ll get a chance to explore Middle-Earth, fight Orcs and bandits, and even solve puzzles in non-combat missions. 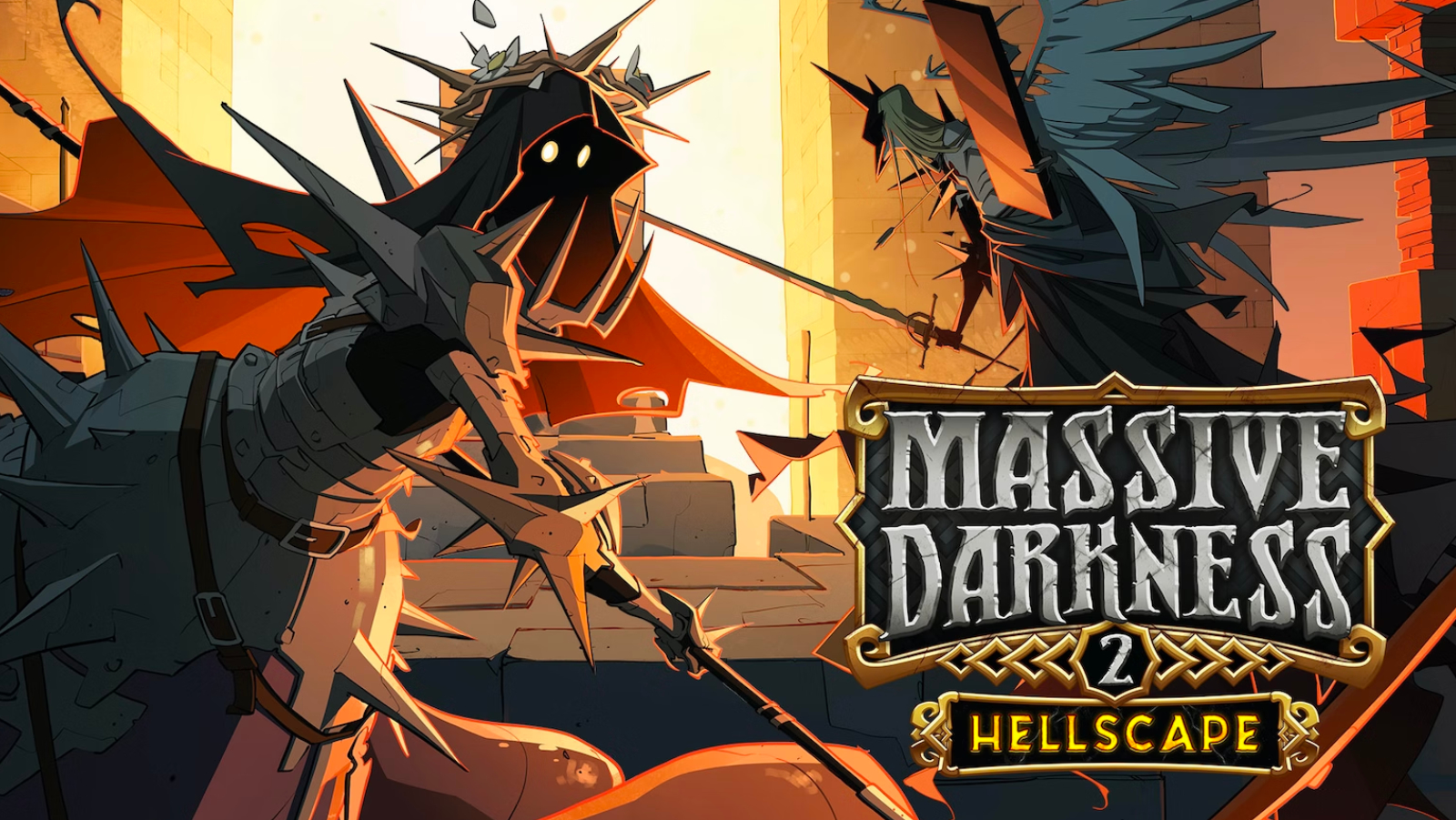 Massive Darkness 2 does a lot right in the dungeon crawler genre.  Combat is fast and satisfying, and other than the initial releasesetup, it gets players right into the thick of it.  No complex puzzles, just good old monster killing.  The loot system and the skill system is very innovative and unique in the space and deserves to be checked out by anyone remotely interested in the genre. Check out our review. 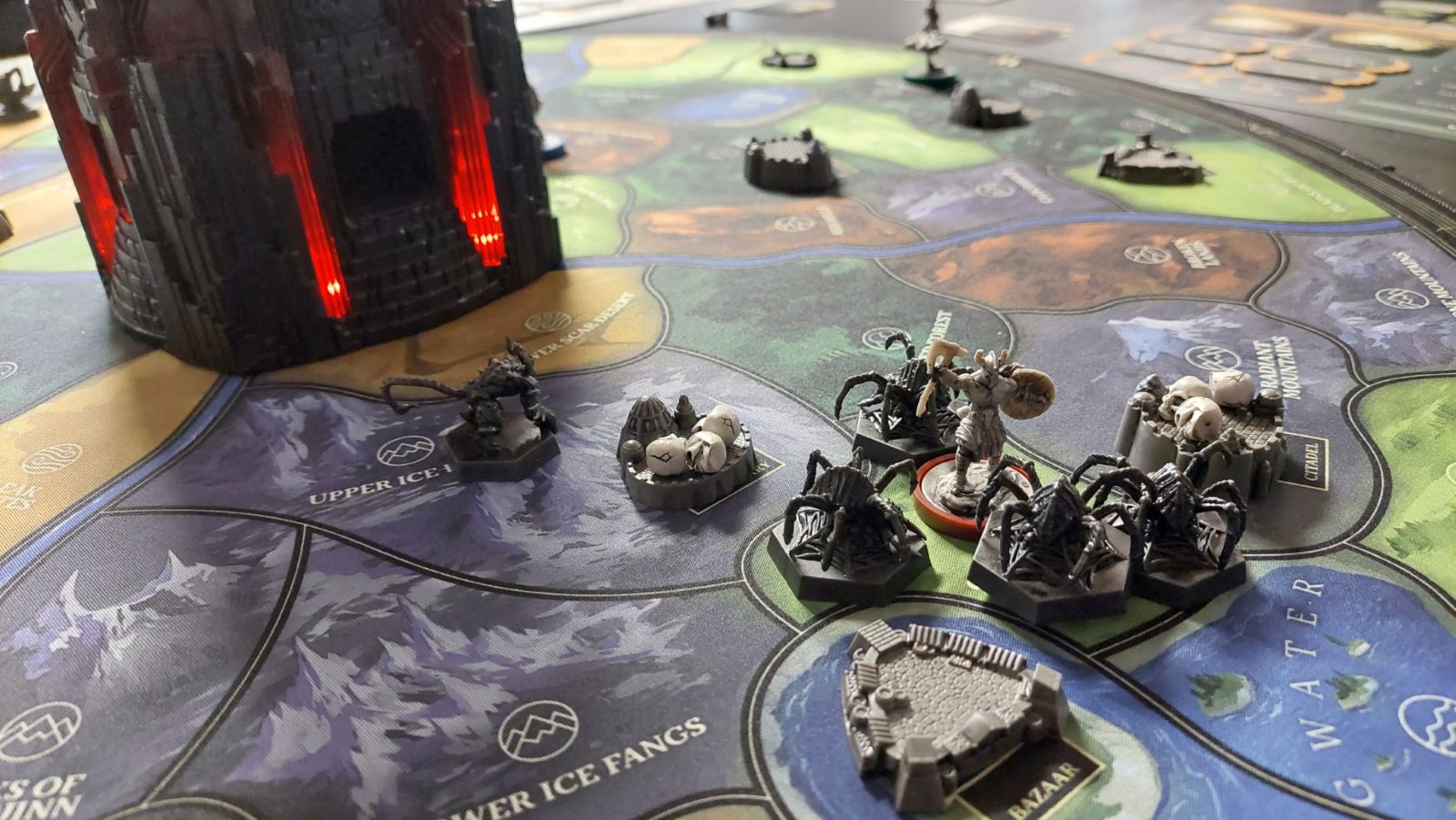 Restoration Games is known for taking older titles and updating the rules and aesthetics for a modern audience. Dark Tower was grail game from 1981 that used an electronic tower as a centerpiece to the action. It ended up being Restoration Games most requested game to bring back, and they delivered with Return to Dark Tower. The game now features cooperative gameplay designed by Rob Daviau and Issac Childress. The tower impressively lights up and connects to an app via Bluetooth which moves the story along and keeps the number of cards needed to a minimum. Sound effects from the app add atmosphere to the game. While the included tokens feature great art, you can get an expansion that contains figures for the dark forces. The gameplay gets more challenging as the game goes on, and you never know when the game will end. A true experience where the app makes the game. Check out our review.

Gen Con 2022 preview⏤We demo one of the biggest hits of Con season, Cat In The Box

Cat in the Box

Cat in the Box takes a simple trick taking game, such as Hearts or Euchre, and turns it into a fluid game where you want to score as many points as possible without being left holding the paradoxical bag.  None of your cards have suits until played, and there are more cards than there are suits, meaning SOMEONE will be stuck with a paradox.  However, playing certain cards in certain suits is how you score points, so bigger risks means bigger rewards.  The result is a mind-bending take on a classic card game. 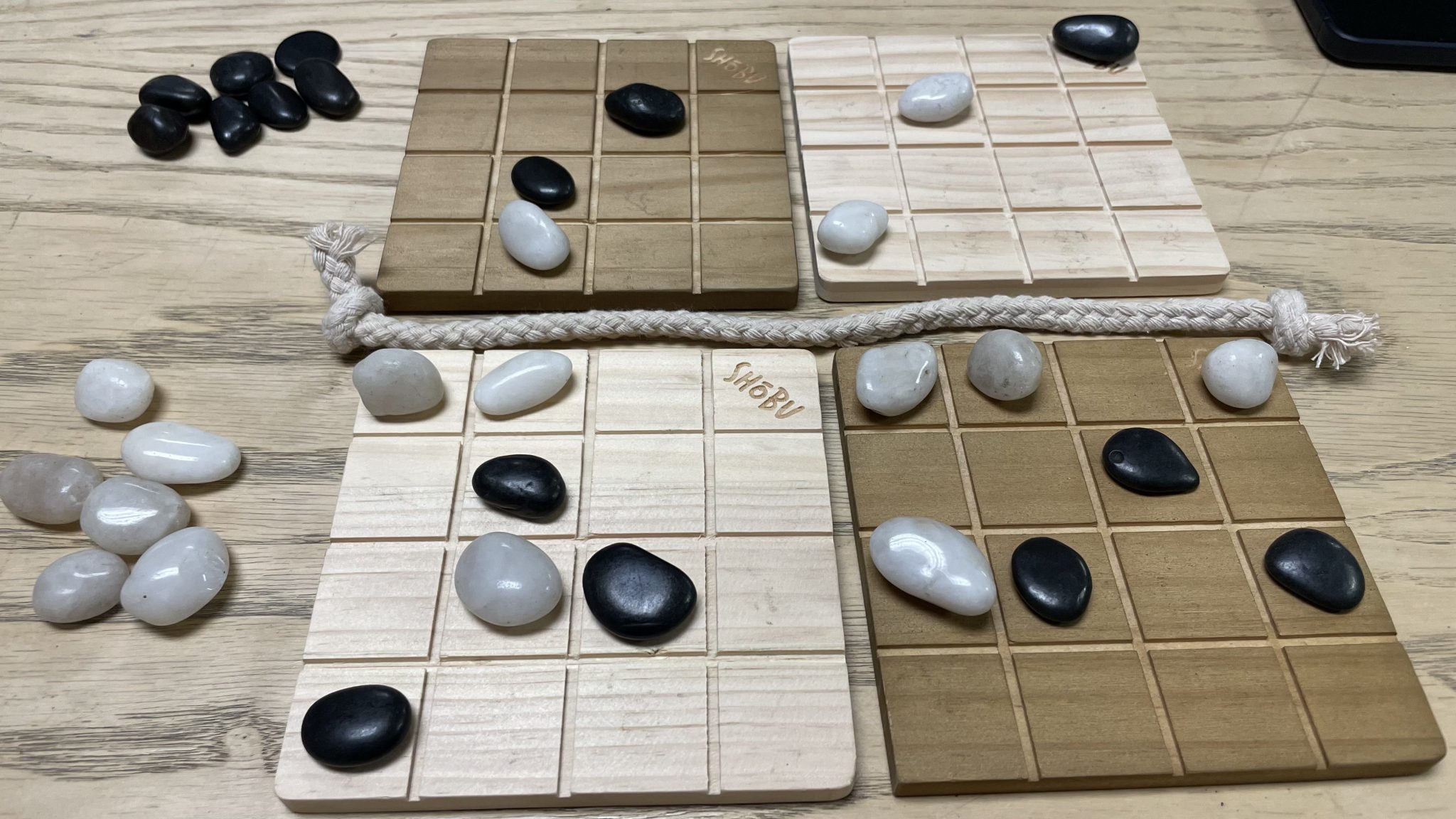 Shobu is exactly what I am looking for in a two player abstract game. It evokes fond memories of Chess with my dad growing up, but with modern flair. The simple rule set provides a strong foundation for a head to head game of strategy that has you immediately wanting to set up for another round. The emergent strategies and beautiful production (REAL ROCKS!!) make Shobu an instant classic. Check out our review. 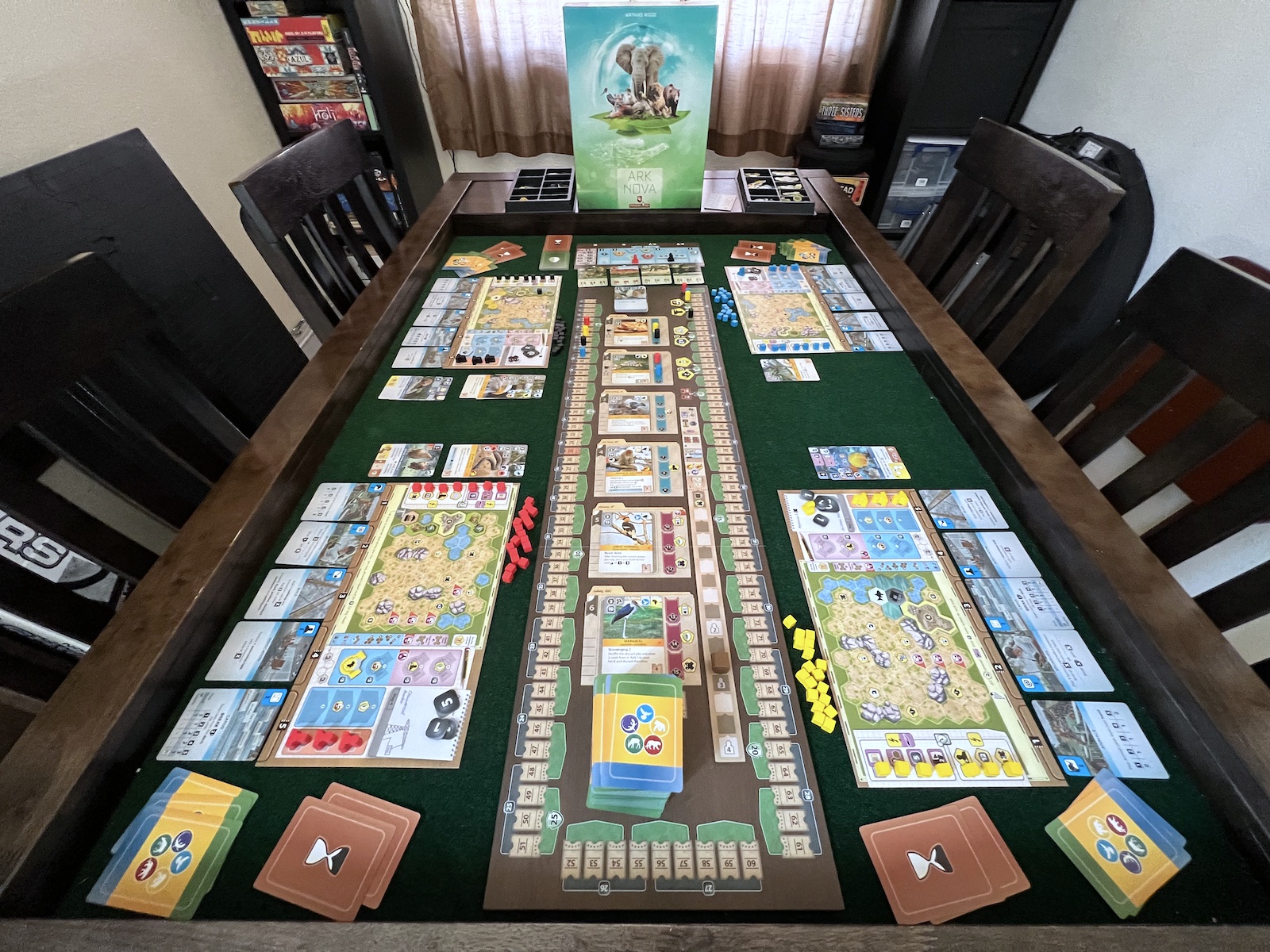 It was hard not to hear a lot of people compare Terraforming Mars to Ark Nova when the game first came out in 2022. But what starts out with a bit of similarities ends quickly and turns into its own microcosm of a board game. What sets Ark Nova apart and makes it one of the best games to have come out/hit tables in 2022 is the gameplay, whether you are in the lead or not, still feels satisfying. Your decisions early, can and do matter going forward for the rest of the game, and greatly influence how you play the game. Lastly the action selection mechanism is one of my favorites and one of the best available, you can upgrade up to four of your five action cards at most to make them stronger, but there’s strategy and variation based on which actions you upgrade and which ones you do not. Make a zoo, add animals to your zoo, and ultimately have fun doing it. Check out our review. 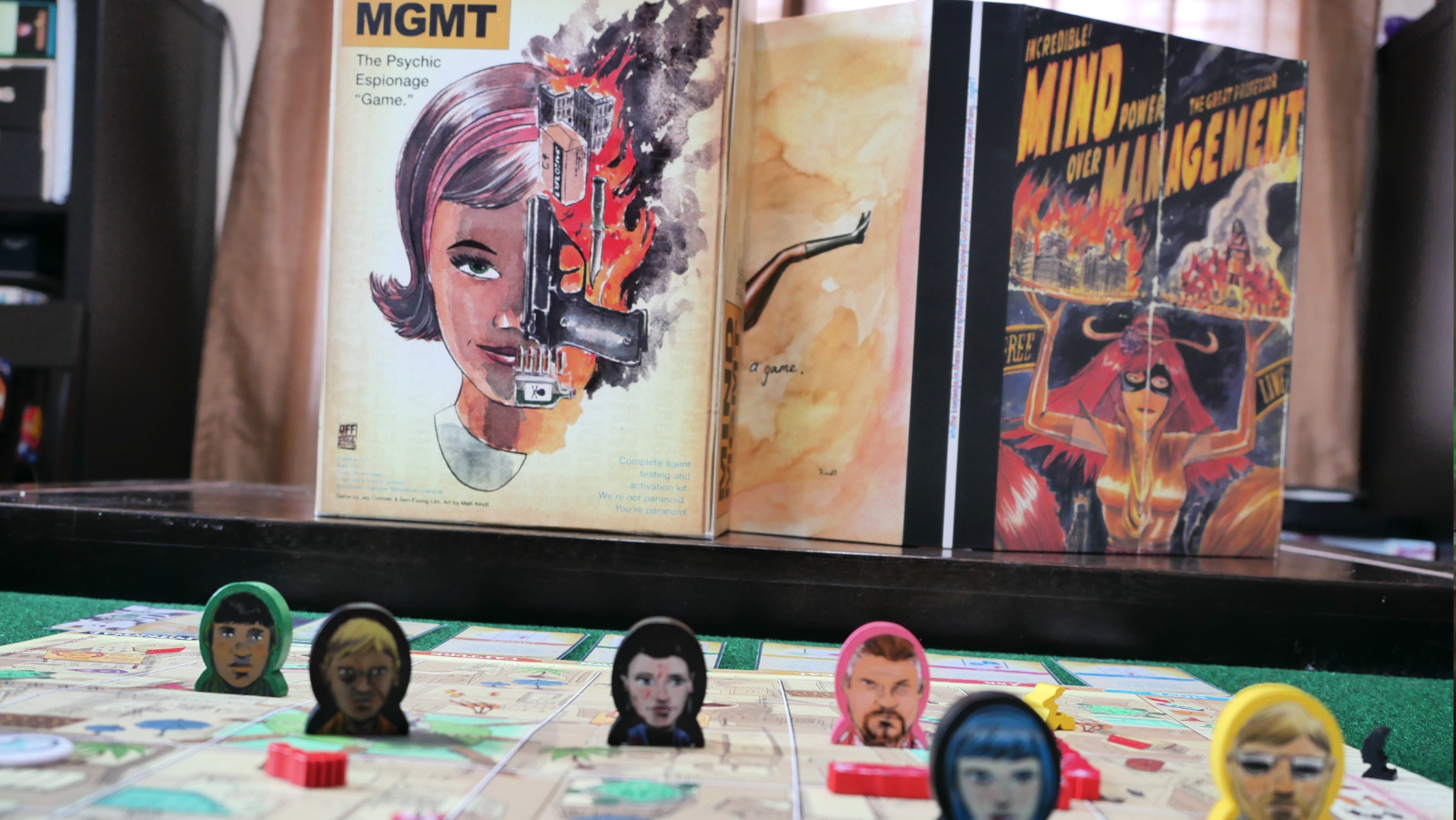 Before this game I was largely dismissive of the hidden movement genre, but the tight gameplay and variability for repeated plays via the SHIFT system swiftly made this one of the most enjoyable game experiences I’ve had in years. Add to that, discovering the amazing comic by Matt Kindt that the game so deftly adapts was an unexpected bonus.