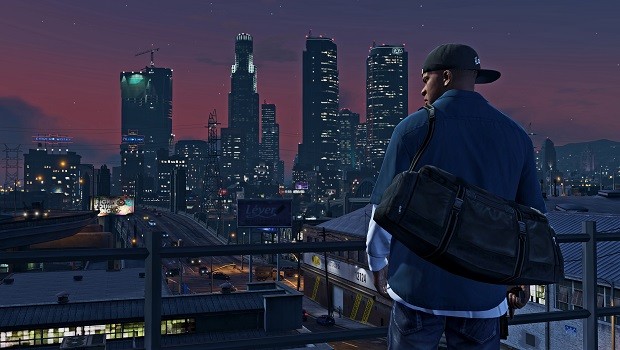 I was ready to upgrade my TV. My then current TV, a 50’ Panasonic plasma, had served me well over the years with its deep colors and high refresh rates. The problem is that I started feeling the image it produced was not sharp enough. The issue was exacerbated by the fact that my PC monitor, which I upgraded about six months ago, is of the 1440p flavor. Jumping between the two image qualities, especially when I was playing the same games on both displays, such as Diablo 3 and Grand Theft Auto 5, was at times jarring.

And so began my quest to find the best TV for video games, which, for anyone who cares as much as I do about image quality, is an extremely daunting task. My immediate thought was to go with a 4K TV. They’re somewhat affordable now, too, with a plethora of options in the $2-3,000 price range which was my budget range for a new tube.

Strolling into to the various electronic stores, such as Fry’s, Best Buy, and even Costco, the 4K displays beckoned me like a Siren’s song. The looped videos that play on the 4K TVs look spectacular. The clarity of 4K video can make 1080p displays seem like a layer of Vaseline had been spread across the screen. But then it occurred to me – what would 1080p content look like upscaled on a 4K screen? Would it look better or worse?

I got the attention of a sales associate, knowing full well that these guys were likely going to tell me whatever I wanted to hear in order to make a sale, but I was still hopefully I could gain some degree of enlightenment. Sure enough, they promised that both 1080p movies and video games look great on the 4K displays, especially so because of the 240hz refresh rate that most of the TVs feature.

I wanted to believe what I was hearing because I wanted to go home with a shiny new TV that weekend. Instead, I managed to exercise a modicum of impulse control, and I recalled a friend (from these here Gaming Trend forums, no less!) telling me that he brought his PS4 to the store in order to verify the quality of the image on video games.

I got permission from the department manager to hook up my PS4 (having already flown home to retrieve it and returned) to some of the TVs to help me make a purchasing decision. I hooked my PS4 up to no less than six 4K displays spanning multiple manufacturers and none of them made video games look good. The games all looked washed out and soft. At that point I completely eradicated 4K from my mind – it’s just not the time for it right now. Console games don’t run at that resolution natively, and PC games don’t run well at it.

So I began eyeing the 1080p displays, eventually discovering a new curved OLED TV made by LG. I vaguely remembered reading something about OLED TVs but the marketing machine behind 4K had mostly drowned it out. I didn’t know what to expect and the fact that it was curved made me dubious, if anything. I hooked my PS4 up to the TV, went into the TV’s settings and changed it to “Game mode”, and booted up Metal Gear Solid 5. Lo and behold, I was staring at the best image quality I had ever witnessed from a console game. I proceeded to load various other games: Rocket League, Grand Theft Auto 5, Rayman Legends, Outlast, Assassin’s Creed IV. Everything looked amazing.

I’ve owned the TV for around 6-7 weeks now at this point and I couldn’t be happier. Every game, TV show, or movie I throw at it projects an alarmingly sharp image and rich colors. I’m glad I didn’t bite on 4K as I’m sure I would have ended up in a return line. If you’re looking for the best image quality possible for your console games, do yourself a favor and stick to 1080p… or better yet, go with an OLED display.