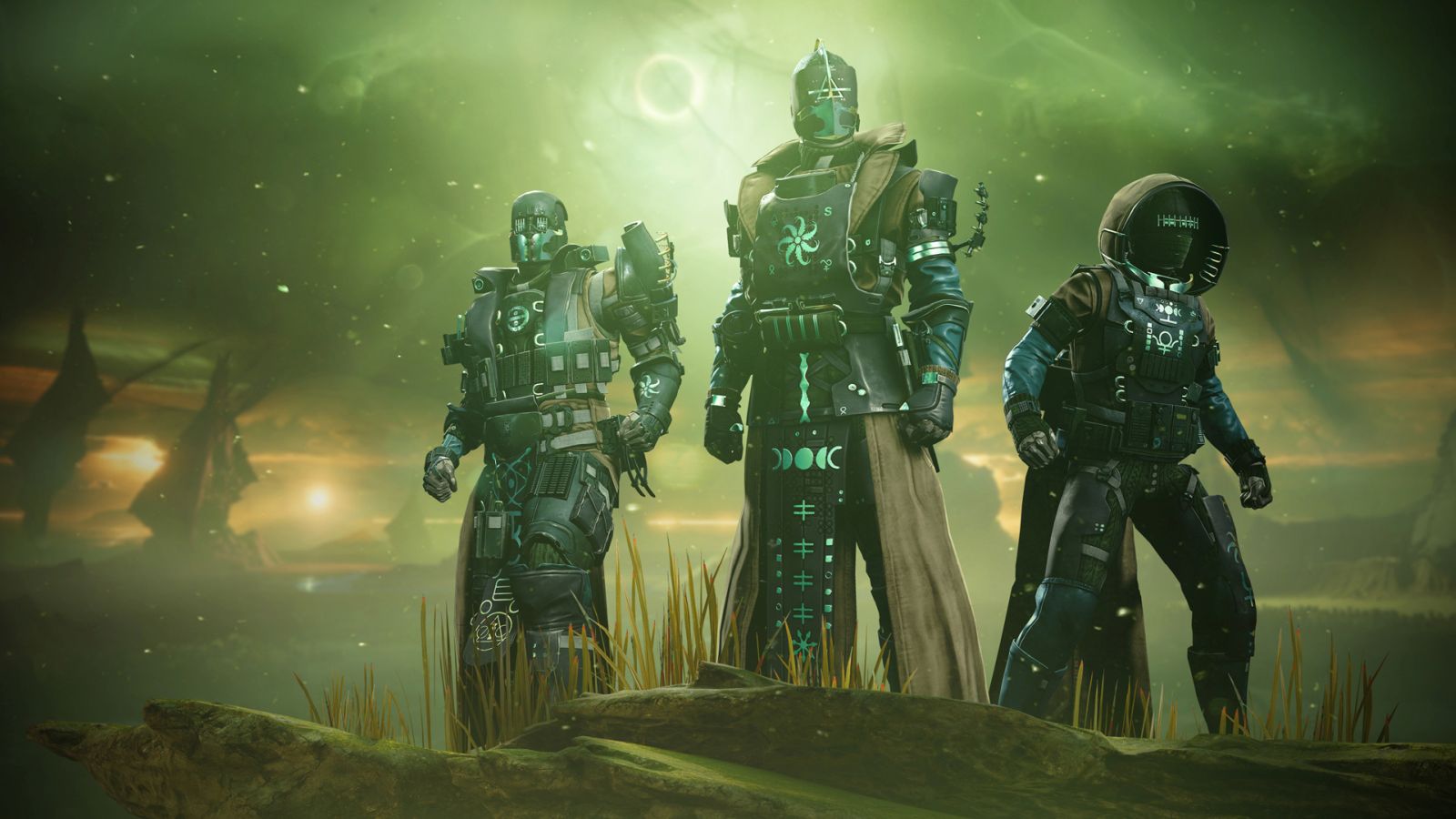 Destiny was a word filled with potential when Bungie first showcased their brand new IP on stage at the Sony press conference in 2013.  A multiplayer world where you could hang out with your friends and take on alien races and explore a new sci-fi setting from the makers of the best FPS franchise of all time. The world already looked beautiful, the characters interesting, and it rose to the top of many players’ most anticipated games lists.

I remember signing up for the alpha, feeling excited to hop into the same world I had just seen covered at E3. As someone who never quite fell in love with Halo like my friends at the time did, Destiny looked like it provided everything I was looking for. Call of Duty had introduced me to my first real look at what a leveling system and grinding was in video games, and it made me realize that progression was what I look forward to in games. In my eyes, Destiny took that idea and ran with it, providing meaningful grinds in just about every way, but in 2014 it was all too much to handle on my own. When the game came out, I lamented that all my friends were on the Xbox ecosystem, leaving me to play through the story of this social multiplayer game alone, while looking longingly at all the activities I was barred from due to my lack of friends on PlayStation 4. When I finally did get an Xbox all my friends had either dropped the game or gotten so far into the endgame that I figured it was too late to hop in and catch up.

This sucked, and the game honestly was lacking in many ways back then, regardless. Destiny suffered a rough launch, tanking people’s expectations for what Bungie was still capable of. The story was barebones, barely serving up enough reasons for the player to get from point A to B. The missions were not incredibly involved, and it seemed Bungie had failed in creating a meaningful experience to succeed their work on Halo. Still, the gunplay in Destiny showed a marked improvement from Halo and illustrated once again how expert Bungie is at creating fun sandboxes to mess around in.

There was also the question about the game’s title. How did the name Destiny describe this game about a fight between good and evil? What made this title the best fit for the franchise Bungie was trying to build? 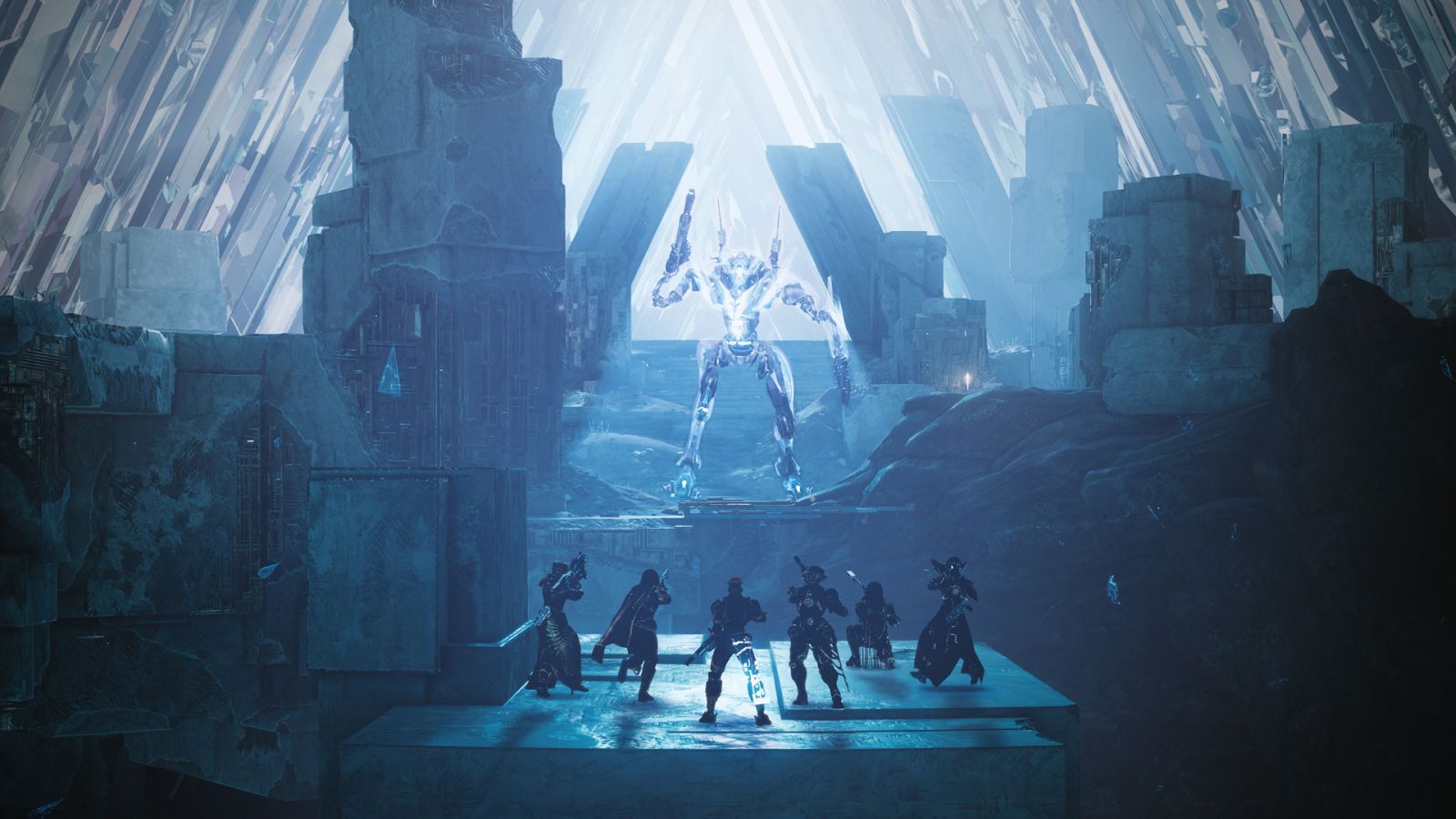 This question, along with many others about the longevity of the game, was answered by Destiny’s first raid, Vault of Glass. Vault of Glass opened the doors for what FPS mechanics-based encounters could look like and it did it with style. Each new area in the raid peeled back the layers of Vex architecture, giving the Bungie art team room to show off their skills in creating a truly epic environment. The play area spiraled downward as your team made its way deeper and deeper into the lair of an entirely unknown quantity of a boss. It felt grandiose, the music on display, the boss design, the difficulty of completing the raid at all. All of this combined to make Vault of Glass stand out. And then, in the final encounter, when your team finally got the mechanics down and saw the text populate on the bottom left part of the screen, everything fell into place. “Guardians make their own fate.” With one line, we finally knew what was so special about not only the title of the game, but the story it was trying to tell and the way it reached through the screen to grab the players’ attention. Guardians do not obey the laws of physics, nor the notions of destiny, they make their own fate despite everything that might stand in their way.

Vault of Glass proved to the masses that Destiny was not going to fizzle out after a less than stellar launch. It was proof that Bungie had the ability to make Destiny a force to be reckoned with in the MMORPG landscape as well as in the FPS arena. Mechanics have still never been implemented into an FPS that reflect anything near as complex as Bungie’s raids, and I am not sure they ever will.

I never got to play Vault of Glass at the time, but thanks to Bungie bringing it out of the Destiny Content Vault, I got to experience it in Destiny 2. Since playing through the main campaign of Destiny, I thought about it a lot, until finally Destiny 2 was announced and I saw my re-entry point into the franchise. I heard it was going to be on PC, and I made plans to somehow get my hands on one to secure the best graphical and performance experience for myself when it arrived. 1500 hours of gameplay later, it is safe to say that I am an avid fan of Destiny and a believer in what Bungie has to offer. They do not always get things right, but they have only grown better at addressing community criticism and making good content.

Now, seven years have passed and Bungie is an independent, self-publishing studio free from the corporate overreach of Activision and the crunch that came with it. Destiny is still very much alive, with three more years of expansions on the way at the very least and a universe of trans-media storytelling in the works. Since the launch of Destiny, 12 raids have been released not including the reprised version of Vault of Glass, three dungeons have been introduced, five yearly expansions have come out, and a numbered sequel has been released. Not to mention the countless secret missions, the exotic quests, the unique weapons, characters, and more that have all been added to the game. Destiny is a constantly living and growing world, and that is more true now than ever. Storytelling in today’s game is vastly superior to that of the day one experience in Destiny 1 and even Destiny 2. Progression systems are streamlined and while the game may still not be as inviting to new players as it could be, the game does a good job of getting its core audience to come back week after week and season after season.

Being a Destiny fan is still hard, though, despite all the success that Bungie has had with taking its IP to the next level and making it a mainstay in the industry, many people just do not care to hop into Destiny or stay with it. 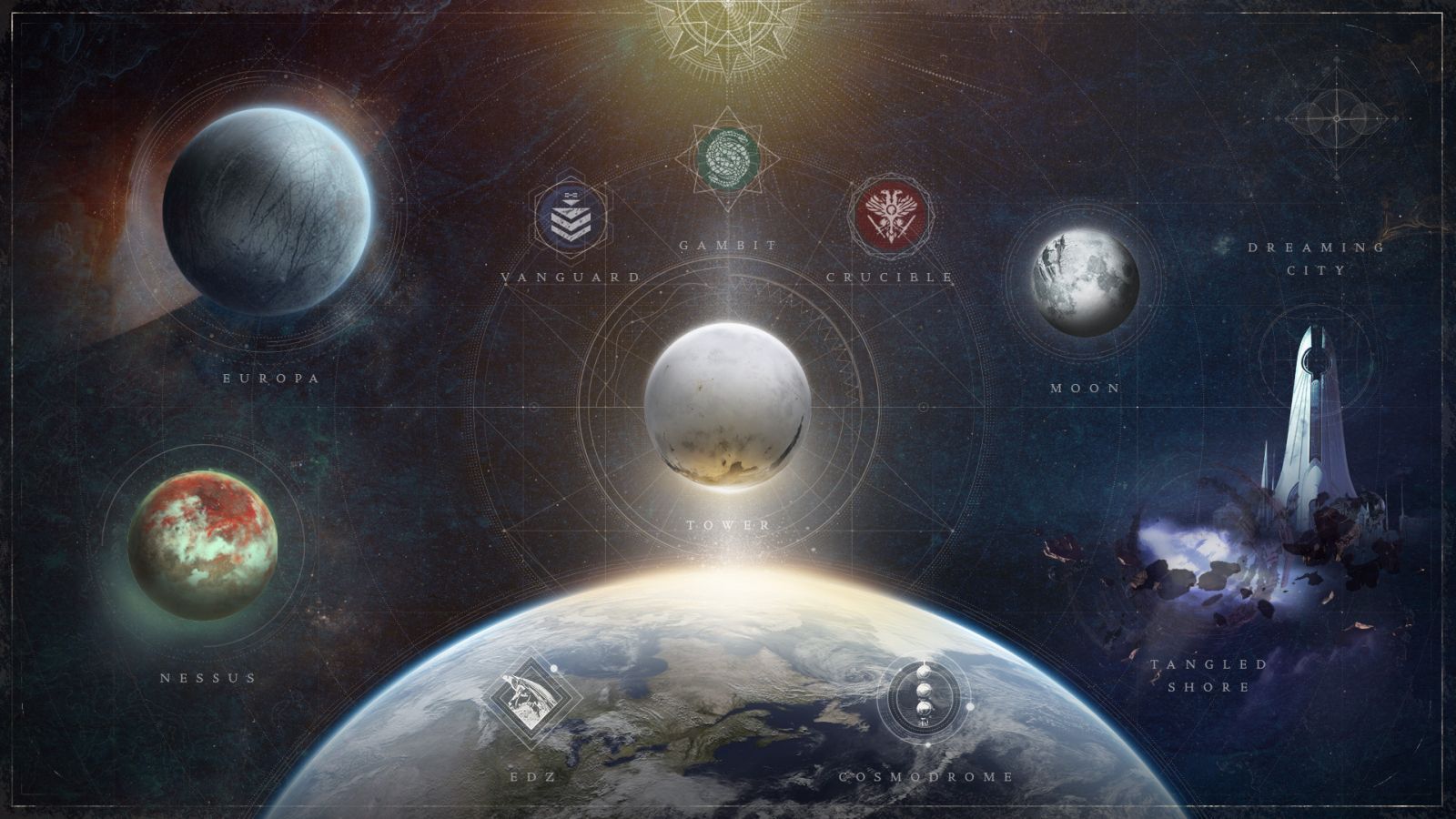 The game itself does give reasons to stick with it, but many find that it burns them out after a while or does not give them enough clear goals to pursue. This is true, in Destiny there is not a set time when you can look at your progress, and say, “Yep I am done with this game.” The game is meant to be played on your terms, which is to say, you have to make your own set of goals and cross them off the list as you pursue them. Instead the game gives you tons of avenues to go down to achieve your goals, whatever they may be, and it lets you discover what it is you want. If you want to play PvP activities in the Crucible and farm for the occasional god roll in PvE to support those Crucible habits then go for it. If you want to raid all day and night, then you can do that too. If you want to see everything the game has to offer and go for the game’s Triumphs (an achievement-like system) then you can do that too. The game allows casual and hardcore players to find their niche and do what they want, all while shooting aliens and finding kick-ass loot.

The problem, then, is for the newer players who do not have preconceived notions about what their goals should be in Destiny. I run into this problem a lot, as someone who has always tried to get my friends to play my favorite game. I do not have the answers for them that they may want to hear and neither does Destiny, so they eventually stop playing and I eventually take to Twitter to cry about having no friends that play Destiny. It is a vicious cycle, but it is one that Bungie does not necessarily have to end. Destiny is the perfect game for people to pick up, drop for a while, and come back to when they are ready for it. Every time they do, Destiny will welcome them back with open arms, tucking a list of goals to chase in their pocket as they move in for the hug. They then do those things, maybe stay on for a bit longer, and then say their goodbyes once more. Then, I turn as many other players do, to the looking for group servers, and the cycle continues.

Bungie does not need to bring these people on for any longer than they hop on. They know that their core audience will stay hooked, for the most part, throughout the year given that their seasonal content is solid. They also know that the yearly expansions will bring in larger crowds. Sure, there is probably a goal to retain some of those more casual players and that is reflected in the work Bungie has put towards seasonal content this year, but, even if there was not, Destiny presents such a solid business model that does not survive purely on continuous engagement from the player base. Still, I do wish my friends would stick with the game longer than they do, but that is just me being selfish.

Looking forward, the future is bright for Bungie and Destiny in particular. Bungie is doubling the size of its physical studio space, opening a new office in Amsterdam, and has already begun work on a new IP set to release sometime before 2026. The developers have recommitted to working on Destiny, implementing changes this year that pave the way for a more healthy game going forward. Bungie has announced that this upcoming trilogy of expansions will lead up to Destiny’s “Thanos moment” that will allow them to move into the next saga of Destiny’s story thereafter. As a games journalist interested in this ever-evolving world of video games and games as a service, this new saga is intriguing. As a Bungie fan, I have no doubt that Destiny has really only just begun. Here’s hoping that I get more long-term people to play with as the world of Destiny keeps expanding and the game keeps getting better.

Noah Anzaldua is a college student and game journalist. He wants nothing more than to write gaming news and reviews and form a tight-knit community with his readers and fellow writers. He is a student at the University of Alabama where he is (now) majoring in News Media and has completed a double major in History and Political Science.
Related Articles: Destiny 2, Industry
Share
Tweet
Share
Submit