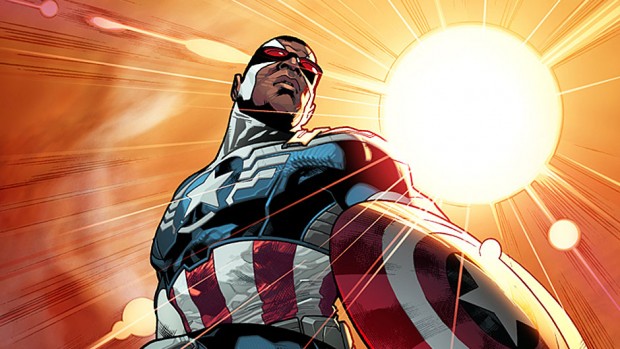 Greetings, true believers!  2015 marks a big year for Marvel Studios as it begins to wrap up its second phase of movies and introduce brand new heroes into the cinematic universe.  There is plenty to look forward to, whether it’s in theaters, on television, or on comic stands.  But what about us gamers?

A few months back, I wrote a piece about how Marvel could build their very own unified video game universe.  Whether the games tie-in with the cinematic universe or just follow stories from the comics, there is no shortage of awesome characters who could provide a strong video game presence.  Not only could Marvel use games as a way of providing backstory to some B-list characters, but it could also be a great way to introduce us to characters who have not yet been seen on screen.

With Marvel launching their new Agent Carter TV series this week – not to mention brand new movie trailers for Ant Man and Avengers: Age of Ultron – it seems like a great opportunity to explore some heroes who deserve the video game spotlight.  Here are ten heroes who deserve great games:

Marvel has already announced that the king of Wakanda will play a big role in phase three of the cinematic universe, appearing in Captain America: Civil War before headlining his own solo movie in 2017, and now seems like the perfect time to give the character the video game treatment.  Given Black Panther’s use of both advanced technology and feral hand-to-hand combat, a game in the same vein as the Batman: Arkham series would suit him well.  Allow players to tackle missions using stealth and gadgets or put the Panther’s claws to work in brutal combat scenarios.  Throw in a great story starring a classic villain, such as Klaw, and you could have an awesome game on your hands.

Remember the iconic intro scene to Guardians of the Galaxy where Peter Quill traverses an abandoned planet in search of treasure, all to the tune of Redbone’s “Come and Get Your Love”?  There’s great video game potential in that one small scene.  Think of Star Lord’s video game outing as Uncharted, but in space.  Let players control the lovable space pirate (voiced by Chris Pratt, of course) on a quest for treasure.  With great sci-fi gunplay and platforming, an awesome soundtrack, and some great supporting characters (including the other GotG), Star Lord could give Nathan Drake a run for his money.

The Master of Magnetism changes allegiances quite frequently, but at the moment Erik Lehnsherr stands among the X-Men in their fight for mutant equality.  He may not be 100% hero, but that could work to his advantage in a game that focuses on morality and choice.  Much like the Infamous series, allow players to control Magneto in an open-world New York City where his magnetic abilities can level-up to their full potential.  Then, provide the player with missions where good or evil actions can define the character’s progression.  Add in some appearances from the X-Men and Brotherhood of Evil Mutants and we could have the next great superhero game on our hands.

Much like Black Panther, another hero who could benefit from stealth-based gameplay and a Batman-inspired Detective Mode is Daredevil.  Matt Murdock suffered from a traumatic accident that left him blind, yet amplified all of his other senses to the point where he now roams the streets of Hell’s Kitchen as Daredevil.  With a Netflix-exclusive TV series set to launch this year, a game could pick up right where the show left off, with audiences already familiar with the character.  Give players the hero’s iconic Billy Club and let them tune into their heightened senses to solve puzzles and take down the Kingpin of crime.  After the lackluster 2003 movie, the hero could use some brand rebuilding.  A one-two punch of TV series and video game could be just what The Man Without Fear needs to become a top-tier hero once again.

Gamers were given a video game tie-in to the Thor movie in 2011, but the game was more of a cash-in than an inspired adventure.  It is time that the God of Thunder gets the treatment he deserves.  Something similar to last year’s Middle-earth: Shadow of Mordor would be incredible.  Equip players with Thor’s hammer, Mjolnir, and let them take down hordes of enemies across the nine realms.  If the Thor of the cinematic universe is not your style, then why not use the myserious new female Thor who is currently worthy enough of wielding the Asgardian hammer.  Regardless of which Thor is used, a game in which players control thunder, fight with a hammer, and gain limited flight has the potential to be one of the best games in all of Midgard.

There’s two routes that a Falcon game could take.  The first would be to follow The Falcon of the cinematic universe.  This idea could see Anthony Mackie reprise his role from last year’s Captain America: The Winter Soldier.  Letting players take control of Cap’s sidekick through the events of the movie could be a blast, not to mention a great way to get to know the hero a little better before future appearances.  The other option would follow the comics, as Sam Wilson recently took up the mantle of Captain America after Steve Rogers became unable to continue.  A game starring the up-and-coming new patriotic hero as he assimilates to his new role could be engaging and ease comic fans into the idea of the new Cap.  Regardless of which persona Sam Wilson takes, a game where players can fly around with weapons during major Marvel moments could be seriously fun.

Black Widow is an intriguing character who, despite appearances in Iron Man and Captain America films, seems to get the short end of the stick when it comes to solo adventures.  What better way to remedy that than by bringing Scarlett Johansson’s leather-clad spy into the Marvel video game world?  As a spy, any game starring her would need to be heavy on stealth and espionage action, while giving the hero a bevy of high tech gadgets to assist her.  We’ve already seen hints of her past, whether it’s her history as a Russian spy, or mention of a Budapest mission she went on with Hawkeye, so the game could easily expand upon the character’s backstory.  Her role is only going to continue to grow in Age of Ultron and beyond, so we’re due for some type of Black Widow solo adventure.  Make it happen, Marvel!

Speaking of heroes who are criminally underused, where was Hawkeye during the events of Captain America: The Winter Soldier?  Hawkeye’s no-nonsense, tough guy demeanor could make a great game protagonist, while also filling in the blanks on where the archer has been since the events of last year’s universe-shattering film.  Much like a Black Widow game, Hawkeye’s game would work best in smaller missions where Agent Barton’s skillset could be put to good use.  Unlike Widow, though, a Hawkeye game could favor heavy action rather than stealth, as the archer puts his bow and arrow to good use.  Give players archery mechanics similar to 2013’s Tomb Raider and allow Hawkeye to acquire new types of trick arrows to use in both combat and puzzle solving.  Jeremy Renner has been far too underused in the connected Marvel universe and it’s time we see that change.

Another hero who has inexplicable absences in the cinematic universe, a game following Iron Man’s trusty sidekick could fill in the holes regarding the hero’s whereabouts.  The story could follow War Machine during the events of The Avengers and show why he wasn’t present during the Battle of New York.  It could also show how he transitions into the Iron Patriot by the time Iron Man 3 begins.  Regardless of story, though, one thing is necessary: distinguishing Rhodey’s adventure from the disappointing Iron Man tie-in games released a few years back.  Focus on making players feel empowered within the armor and give them access to a range of armor abilities and weapons to take down militaristic foes.  Give players smooth controls while still feeling like a walking tank (complete with big explosions) and the rest can fall into place.

Much like Daredevil, Iron Fist will also be receiving his own Netflix TV series in the near future and is sure to see a surge in popularity.  A game that accompanies the show, or follows it, could be a great way to give the audience even more action.  In the comics, Iron Fist is extensively trained in martial arts, while also possessing a mystical power that allows him to focus his chi into powerful strikes.  A game starring the hero would require a strong combat system, with heavy emphasis on hand-to-hand combat.  Let players earn XP and upgrade their abilities, while fighting a classic Marvel villain such as The Hand.  Martial arts games may be common, but one starring Iron Fist as he fights ninjas could be a blast to play.

Gaming Trend's resident amiibo collector, Matt's a lifelong gamer with a soft spot for Nintendo. As a new father, Matt often struggles to stay as involved as he has been in years past but can always be counted on to come back for some engaging geeky conversations. A resident of Philadelphia, he is currently working on building up his Man Cave with all things Marvel, Star Wars, and Video Games. As an old-school gamer, Matt firmly stands by his belief that gameplay will always be more appealing than story.
Related Articles:
Share
Tweet
Share
Submit