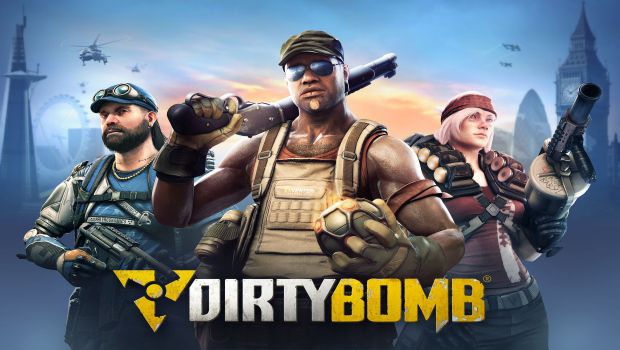 The folks at Splash Damage know how to make an awesome multiplayer game.  The Wolfenstein series, Batman: Arkham Origins, Enemy Territory: Quake Wars, Brink, and more are all born from the minds and talent at that company.  Well, their newest offerings come in the form of a squad-based shooter.  Here’s a nibble from the Steam Page:

Dirty Bomb takes first person shooters back to their purest roots in a fast-paced team game that will challenge even the most competent players. This game won’t hold your hand, in fact it is more likely to kick your teeth in. With no controller support or aim assist, all that lies between you and certain death is player skill and reaction. Work together or die alone in the most challenging team-based FPS.

In the near future, London stands abandoned, a dilapidated shell of its former self. After a mysterious disaster, the international Crisis and Disaster Agency stepped in to clean up the mess and decontaminate the city. They failed… badly.

Now the streets of London are the playground of Private Military Companies (PMCs) who battle to control what remains of the city’s riches. After all, what’s a little radiation sickness when there’s money to be made?

Say goodbye to London, say hello to the Merc Capital of the World.

The game will be free to play at launch, and it looks like a hell of a lot of fun!   Now is your chance to take it for a spin.   These codes are not region locked, so they are opened to everyone as long as you can use Steam.   The contest will run from today till noon on Friday so you can jump in for this weekend!   Let’s do it up.