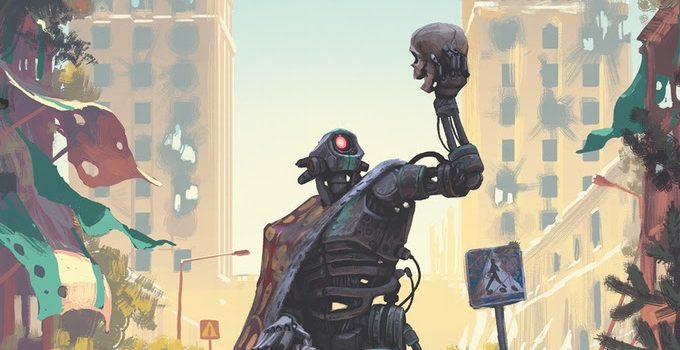 Mutant: Year Zero brought us from the safety of our bunkers into a dark world that was not as dead as we thought. For years we have had the chance to build settlements and explore its many Zones as mutated humans, we now have an all-new way to venture out into the light: as robots from Mechatron 7, an underground community of machines. Read below to find more of the Kickstarter, which recently dropped and as of writing has blasted through its funding goals:

From the devious minds that brought you Mutant: Year Zero, Mutant: Gen Lab Alpha, and Coriolis, comes the latest addition to the Mutant universe – Mutant: Mechatron.

Played either as a standalone or as an expansion to the other games in the Mutant: Year Zero franchise, Mechatron tells the origin story of the robots, and introduces them into the dawnworld of the apocalypse.

With 29 days to go there are still plenty of chances to learn more about this game for yourselves, and get in on the action if you are interested. You can check out more of the Mechatron Kickstarter or Mutant: Year Zero in general to get more information.