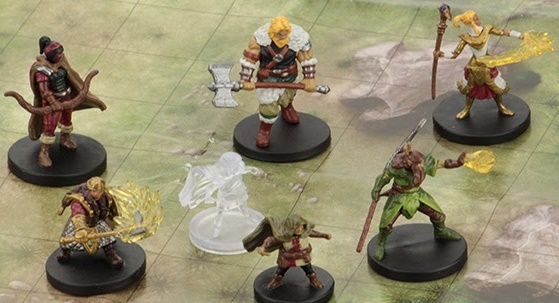 The heart of Dungeons and Dragons is watching your characters grow more powerful and more capable as the game goes on. Now, you can see their miniatures grow alongside them. Around the time that D&D 5th edition was coming out, Icons of the Realm had minis for some of the most famous characters for you to see in action on the tabletop. The upcoming epic level set will have these same characters, but with new features to showcase how far they have come.

WizKids is excited to announce the upcoming release of the D&D Icons of the Realms Miniatures Epic Level Starter, coming to Friendly Local Game Stores in the U.S. this June! The heroes have leveled up with all new equipment and effects to continue their epic level Dungeons & Dragons adventure in this latest fantasy miniatures series!

Dungeons & Dragons comes alive on the tabletop with the D&D Icons of the Realms Miniatures Epic Level Starter which includes 7 new miniatures and a foldable 21 x 15 inch paper map for your next adventure.

More information is available from Wizkids.