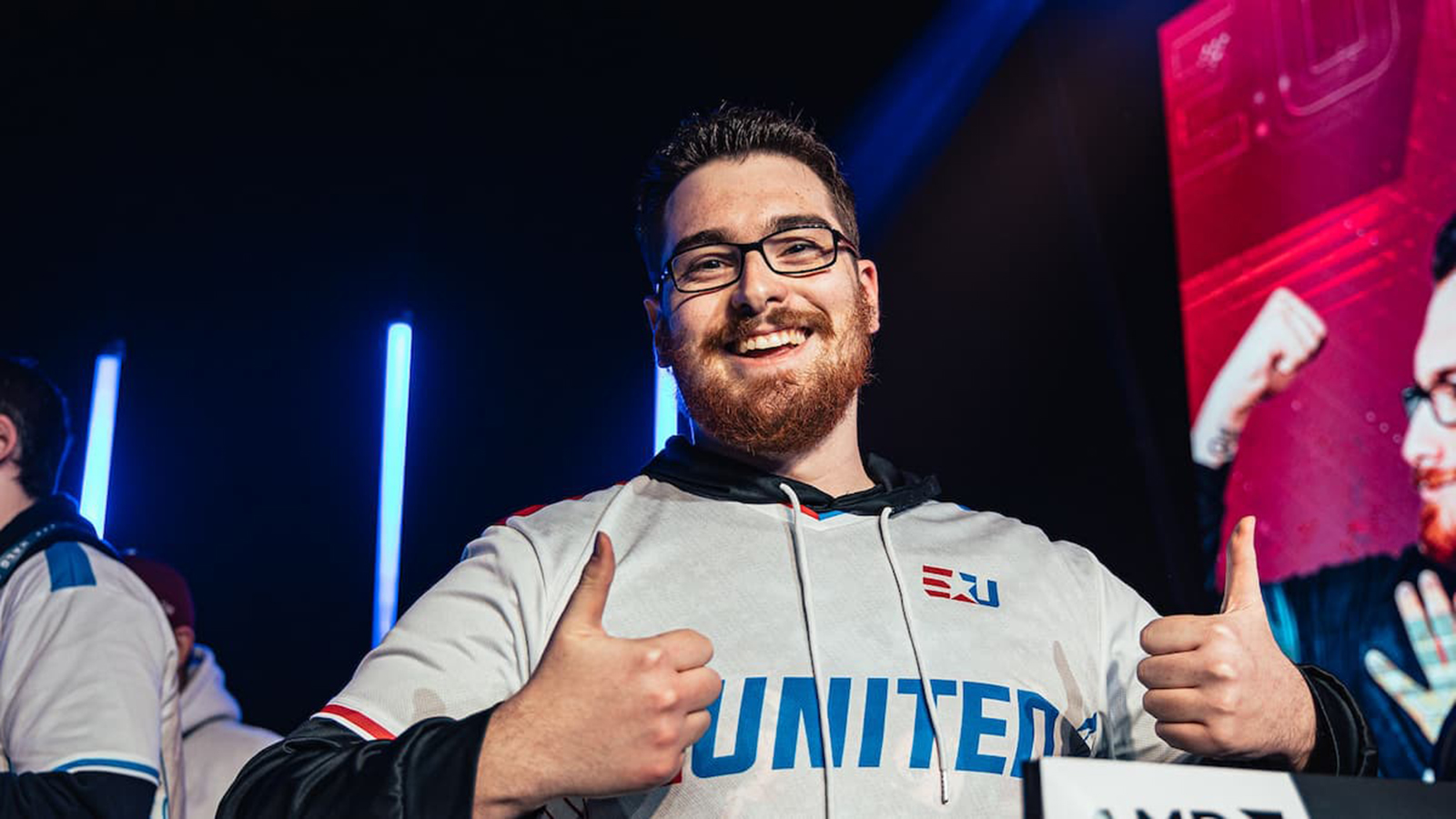 Fans of Halo Infinite aren’t happy with its current state, and pros aren’t happy either. But no pro is more enraged than Eunited’s Tyler “Spartan” Ganza. You can see his frustration through profane tweets chronicling his feelings towards Halo Infinite. Here’s one:

That’s a tweet referencing the newly released season 2. Many people are extremely frustrated with 343 for nerfing jump sliding and removing tactical jumps without warning; not to mention a glitch with the Battle Rifle that makes it “jam” while firing. It’s so bad, Tyler spent a lot of time venting his annoyance.

My full time job is to play Halo

That tweet was in response to someone taking offense to Tyler’s succinct thoughts:

By the end of the day, Tyler summarized his feelings.

343 fix ur fucking game it’s unplayable, 95 % of the casuals need to get a fkn grip whereas the other 5% actually have brain cells, Amber Heard shits the bed harder than Pyrettic on LAN

Tyler was fined the next day.

To absolutely nobody. I stand by everything I've said

What may come as a surprise, Tyler says he wasn’t fined for his tweets.

“No clapping back is not what got me fined lmao

I can’t say what I was fined for publicly yet. But I can confirm it has absolutely nothing to do with any of my tweets towards any individuals.”

You’ve seen the tweets with your eyes. What was he fined for if he wasn’t fined for his tweets? He could be lying. No one needs to stand by everything they’ve said if it wasn’t scrutinized. Or 343 fined him for something tangential but unrelated. The problem for 343 is Tyler didn’t say anything wrong, so it looks like 343 retaliated. You can disagree with Tyler’s profanity, insensitivity, insults, or unprofessionalism; I certainly do. But did he say anything wrong? No.

343 should explain why they fined Tyler.

Author’s Note: While waiting for approval for this article, 343 explained why Tyler was fined. Eight days later. That’s an unnecessarily long time.

This has to do with the manner in which the criticism was delivered. It goes directly against the code of conduct for pros on partnered teams, and is unprofessional/destructive. We know tensions are high, but we expect the league's pros to keep a cool head.

Halo Infinite has enough PR problems. Letting people create their own narratives is a foolish mistake. You don’t want to alienate players who want to play. When the NBA fines athletes, we know why. It usually comes down to criticizing the refs or verbally or physically abusing fans. Most times we can figure out why an athlete was fined before anyone says anything because cameras catch plenty, but the NBA doesn’t silence athletes from speaking about their punishments. It doesn’t eliminate narratives constructed by fans and pundits about the league, but at least they can’t fabricate arguments when the league has presented its side of the story.

If Tyler’s tweets were, in fact, the reason for his fine, make it public. Send a message to the rest of the pros and hold them accountable for how they tweet publicly. At least make it public to create doubt in some of the public’s reasoning instead of allowing whatever goodwill is left to be extinguished. And if Tyler wasn’t fined for his tweets, then revealing why won’t bring additional harm.