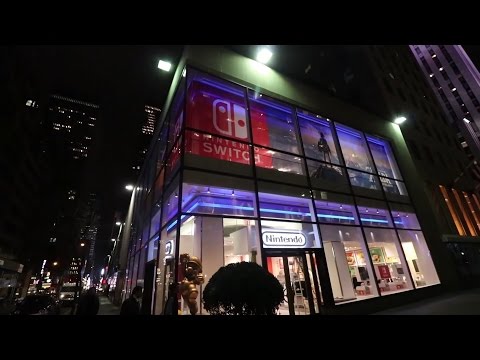 Nintendo fans have always shown a nearly unconditional passion and excitement for any launch of a new console, and as such, the Nintendo Switch launch brought an expected fervor to New York. Fans of the brand rallied together to claim their place in line outside the Nintendo World Store in Manhattan over a month ahead of its release.

On the eve of the console’s launch — just hours before its midnight release — we went down to Rockefeller Plaza to speak with some of the folks waiting in the cold for what many have hoped to be Nintendo’s saving grace in the gaming hardware business.