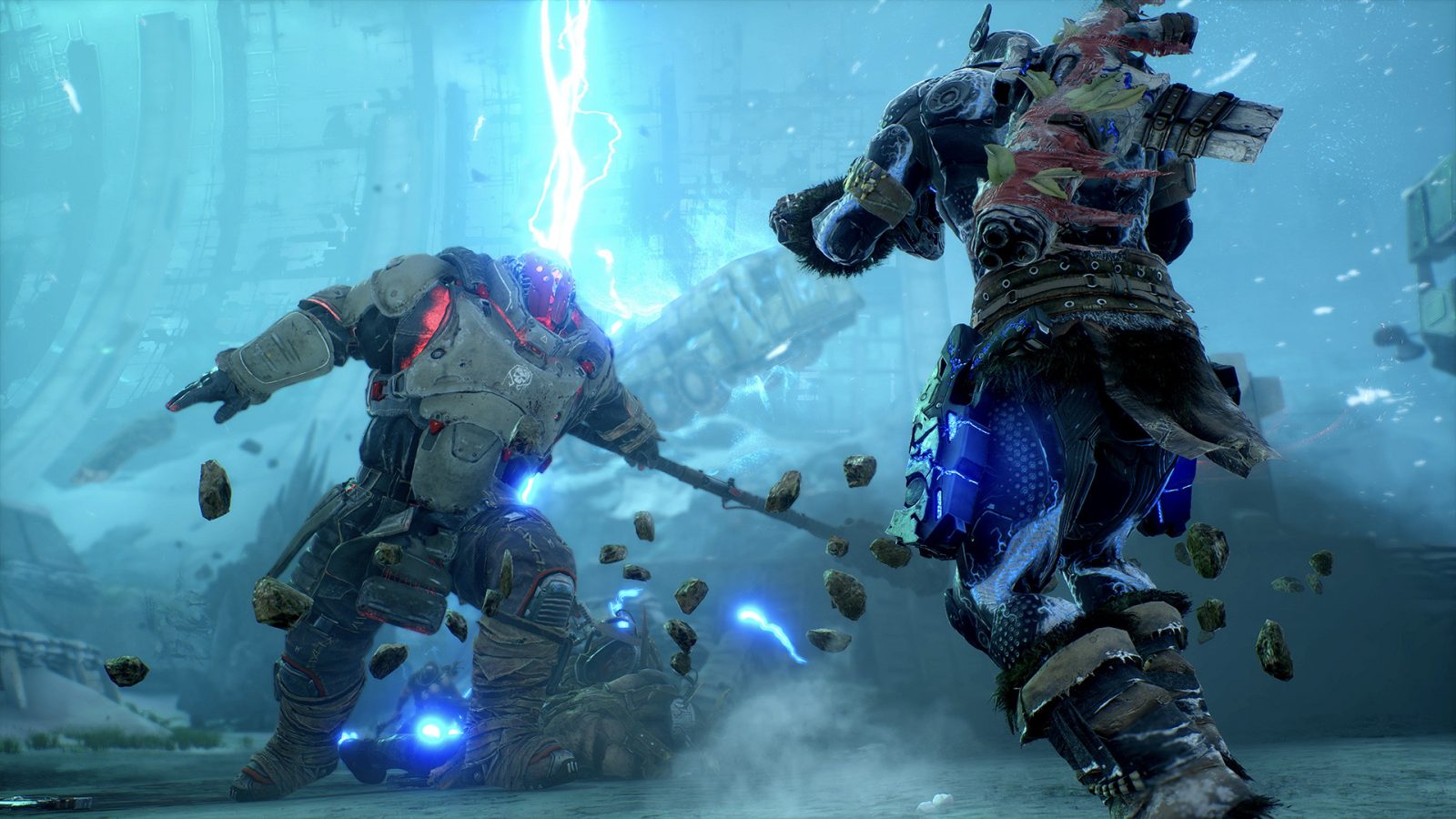 If you remember, we really enjoyed Outriders when it was released last year. Sure, it didn’t do anything over the top or innovative in a video game, but it was a generally clean experience that was a lot of fun to play. What was really surprising was the game requiring an Internet connection even though it was largely single-player and co-op; no strikes, raids, DLC or microtransactions. Even though the team said they weren’t planning any DLC, the largely good reception to Outriders spurred them to continue on with it, and Worldslayer was born. As per usual, we have played around with this one before launch to give you the skinny, and after some time with it we’re thrilled with the results.

Let’s start with square one; this isn’t going to be much different than what you’ve been playing in the main game. Outriders followed a character you created that got caught in a massive storm on the planet Enoch called the Anomaly, which changed your internal composition and basically makes you a Guardian from Destiny. That isn’t a bad thing though, because stellar work from People Can Fly fuses that idea with the third person shooter skills they picked up from their work on Gears of War. Along with that, plenty of amazing powers and weapons leads to a fun jaunt around Enoch with plenty of reason to keep playing afterwards. That being said, the game wasn’t exactly built to continue on forever, and it feels like a live-service game that isn’t a live-service game. Enter Worldslayer, which adds not only an additional story, but new gear, skill trees, and builds in another end game experience.

In the Worldslayer storyline, you are back to the whole idea of the storm wrecking your way of life. It is a concern, but you’re tasked with continuing to find information that will hopefully save the human race. There’s plenty going on, but sadly I found myself not engaged again with the fairly cliche story. I don’t know if it’s just the delivery, but often I wasn’t sure what was going on, like, where did this bad snake lady even come from? I don’t think it hurts the game, but it certainly doesn’t help anyone coming into this one looking for a strong narrative. There’s even another ridiculous scream, not as egregious as the one at the beginning of the base game, but still one that left me shaking my head once again. It’s like it doesn’t take itself seriously, even if the box art suggests otherwise.

As for the gameplay however, I’ve been reminded of how much I love playing this game. It makes me think of… well, Destiny. The gameplay isn’t going to differ from many third person shooters, but it feels so good it doesn’t matter. People Can Fly have these mechanics down, and definitely know what they’re doing in creating a game that plays extremely fluid. Making something that plays great is harder to do than people think, but they’ve nailed what they’ve built in Outriders and it continues on in Worldslayer.

Something I love that the team has done at the start is giving an option to move to level 30 so you aren’t forced to play the entire Outriders campaign in order to play the DLC. It’s a smart move that should lead to more players, especially ones like myself who didn’t finish the game on PC (I reviewed it on PlayStation 5). It’s a simple process – you can simply create a new character, and the game asks you where you want to start. Outriders Worldslayer will automatically fill up a skill tree for you, but the nice thing is you can reset everything in order to build your character in the way you’d prefer. Beyond that you’ve got some higher level gear to start as well, so you’ll be ready to rock against whatever comes your way. Naturally, you can also import your existing character, along with their gear, if you are inclined. 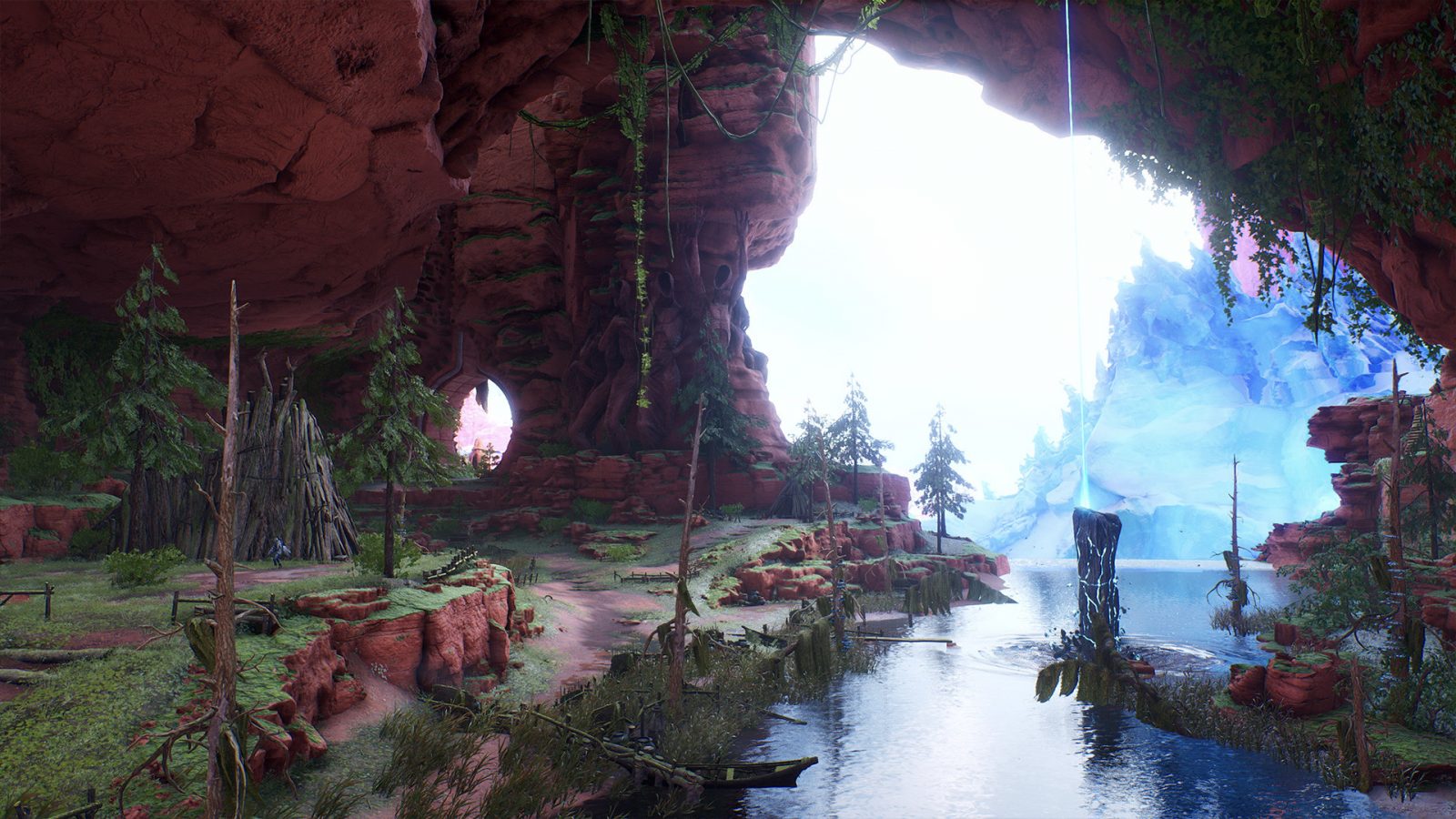 The new areas of Enoch you’re going to explore are a trip to go through as well. While I am disappointed in a lack of side stuff (the campaign is all there is to follow here), there’s a lot of different environments you’ll enjoy. Not to mention, they’re absolutely gorgeous, with a ton of detail. This extends to the new creatures and people you’ll battle as well, with some really fun fights to be had as you traverse through the expansion. My only qualm was the final confrontation with Ereshkigal, the Altered on the cover. The boss fight itself is fun, but she won’t stop repeating the same phrases over and over. It gets flipping annoying, especially when it ends up taking multiple tries to take her out. It’s a classic video game problem, and you just wish there was a bit more dialogue recorded, especially considering you never get much of a backstory on her.

While I am certainly meh on the story, the Trial of Tarya Gratar is a revelation. This is what you feel like your forty bucks is going to. The Trial is an end-game activity that feels somewhat between a raid and a horde mode, and it’s absolutely massive. There are big environments to explore, and tons of enemies that will come at you, served up with bunches of loot. If you’re one for the grind, you’re going to enjoy it a whole lot. We made it decently far in our runs, and apparently it changes up quite a bit as you continue to progress and play. It checks off all of the boxes, and there’s even a bit of lore in the background as you fight your way through. It’s my favorite part of the new expansion, a perfect activity to repeat (across dozens of difficulty levels) as you grind for gear and skills.

Speaking of gear and skills, there’s new of both in here. The gear I haven’t seen much of, being there’s a lot of grinding involved, but I am already in love with the Sunfall SMG. It has a Firestorm mod, which is literally the Hammer Of Dawn dropping the power of the sun on your enemies. New gear is a necessary part of a game like this, and it feels like People Can Fly got that one right. There’s also a third mod slot available now, but it is fixed so what you get is what you get. Given the extra power that provides, I love the extra incentive you get in grinding for new stuff. Also, if you somehow missed it in the New Horizons update, the transmog ability for gear and weapons is a dream. I love being able to take my favorite weapon or gear skins and apply them to better weaponry, instead of being stuck with a mishmash of a character who looks like a hobo or circus clown.

Besides those are new skill trees in your Pax and Ascension points. The Pax ones are easy to figure out; they are just like the previous trees you filled out in your class, and there’s two new ones for each class. The Ascension points are a brand new addition specifically tailored to people who plan to grind far into the future; points that affect little things, like Elite damage, or leech skill. They’re minor buffs, but it gives you more reason to keep playing, along with making you even more powerful than you already are.

To get the best stuff, you’ll need to keep grinding for a while, and of course the dev team had to give you extra ways to do so. In Outriders, one of the ways they accomplished this was the World Tiers, a difficulty system similar to Diablo’s Torment levels which allows you to play your way, and the harder you played, the better stuff you’d get. This isn’t changing with the Apocalypse tiers, but there will be up to 40 of them, so you’ll have plenty to be able to do. I may not be a fan of crushing hard difficulty, but anything that gives me a new way to play Outriders is a win in my book.

Outriders Worldslayer is more Outriders, and that’s not a bad thing. While the story doesn’t do much, the game as a whole is still one of the most fun third person shooters out there right now, with a feel to the gameplay that is a blast to play. The addition of the Trials of Tarya Gratar end game content is worth every penny, and the new gear, skills, and Apocalypse tiers ensure you’ll want to stick around and grind for a good while.

David Burdette is a gamer/writer/content creator from TN and Lead Editor for Gaming Trend. He loves Playstation, Star Wars, Marvel, and many other fandoms. He also plays way too much Call Of Duty. You can chat with him on Twitter @SplitEnd89.
Related Articles: Outriders Worldslayer
Share
Tweet
Share
Submit