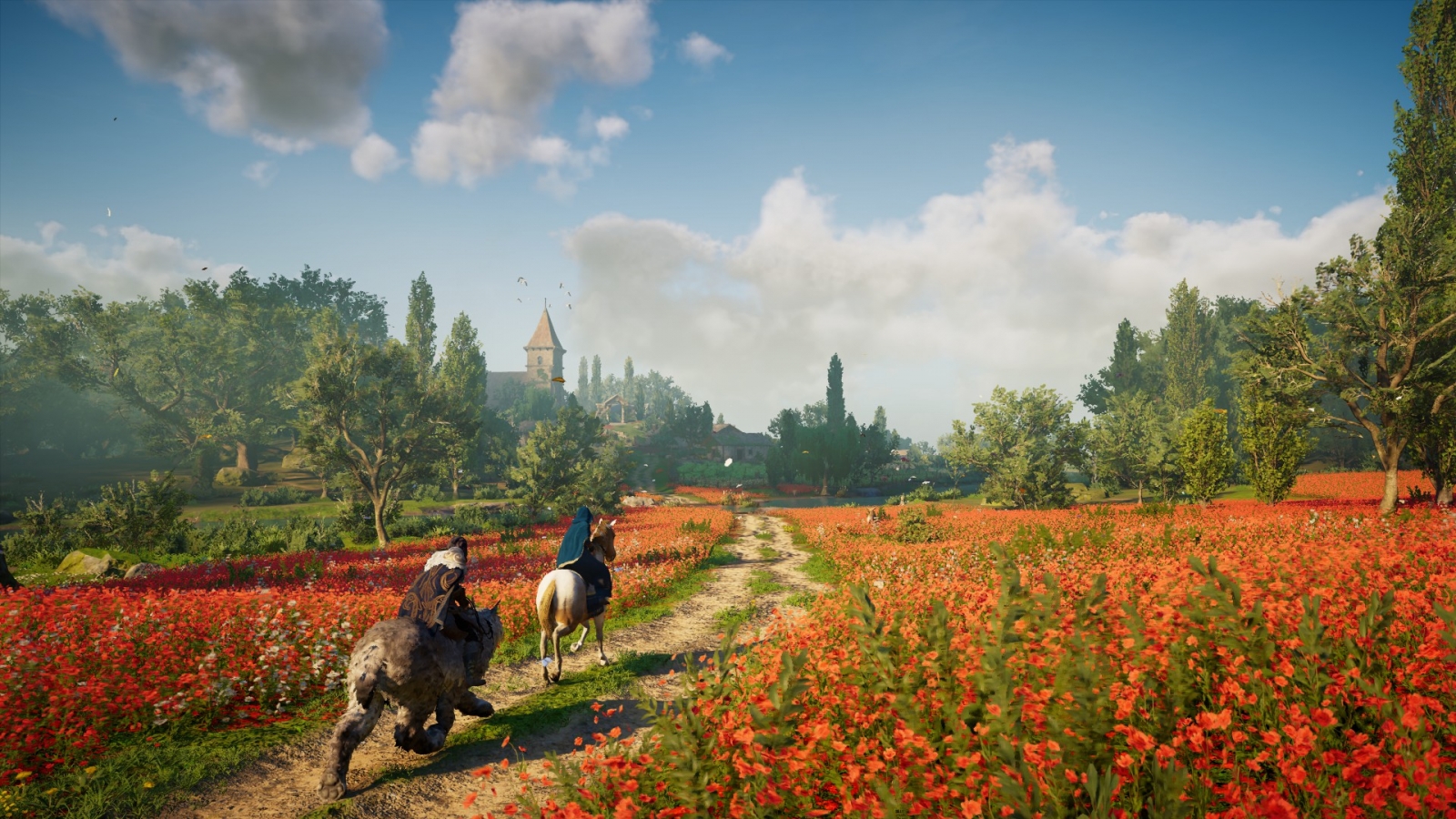 The country of Francia has seen better days. The poor die of the plague in the slums, while the affluent and important try and fail to stop an invasion of northern Vikingr. At the same time, the paranoid king, Charles the Fat, continually makes things worse for his people. As the conflict has reached a standstill, with both sides heated, Eivor is sought out as reinforcements for the clan attacking Paris. Fearful of a possible attack on England, she sets off to help the clan broker peace with the Franks, even if neither side is willing.

While it was more AC Valhalla, I found the Wrath of the Druids expansion to be a little disappointing. With a new setting and diving headfirst into Irish mythology, I expected more variety and creativity in the content on offer for a paid DLC. I went into The Siege of Paris with more appropriate expectations, but to my surprise this latest expansion offered something comparable to what I wanted in the previous pack; just not in the way I would have guessed.

The Kingdom of Francia is about the size of one of the smaller provinces in the main game. While locations of interest are spread out, the greenery and fields of flowers create some stunning vistas matching some of the most beautiful parts of the base game. On the flip side, some areas of Francia, particularly the slums of Paris, look recently destroyed with fires still blazing and ash filling the air. It helps sell the conflict’s stalemate even if you don’t see any battles happening around the area.

In fact, most of the war is being fought covertly in this expansion’s new type of randomly generated quests: Rebel Missions. These are standard fare and, honestly, kinda boring. They’re basically just “go here, kill these people quests” with a time limit. If you enjoy the combat, you can have more of that whenever you want with some small rewards and story bits. These quest givers are scattered throughout the map, so you can pick them up and take care of them as you explore, do side quests, and complete the main story for this area.

The main story is the highlight of this expansion, but not simply because of the plot and characters. The story itself is certainly a standout, with a lot more personal conflict seeing as you’re trying to make peace with the tyrannical Charles the Fat (which delves into a.. mixed portrayal of mental illness) instead of doing a favor for a leader and heading home. As you set up for the titular Siege of Paris, you’ll be asked to assassinate certain figures. These missions aren’t your typical marks though, you actually have to find the target by asking around town. Once you find them, you can go about your business in several different ways through stealth, combat, or the new Dramatic Assassinations. You can watch the first of these in the video above, where I pretend to take part in a ritual to get close to the target, but all of these missions make for a fun twist that I hope persists in the future of the series.

Unfortunately, I did find this expansion to be a little on the easy side. I played on the hardest difficulty (drengr) and with the Gáe Bulg spear from Wrath I handily killed every enemy in three or less hits. The recommended power for Francia is around 200, but it’s supposed to scale up or down to meet you and I entered at 350. Eventually I cranked enemy scaling up to the maximum, which scales foes to be at least 60 power over Eivor, and while I was still killing them in a few attacks they at least had a fighting chance by being able to do the same to me. I still never died, especially using all the powerful weapons and abilities you can get here. After I discovered this expansion’s special weapon, an assassin’s sword, and paired it with my spear along with being able to summon a swarm of plague rats whenever I want (I AM THE RAT QUEEN!). It certainly gives you a feeling of being a legendary hero at the end of her saga, but I would have liked to face some stronger foes.

The Siege of Paris is a very enjoyable step up from Wrath of the Druids and leaves you wanting more, in a good way. If this is indeed the final big expansion for Valhalla, it’s a high note to end on. While I’m not a fan of the infinite content machines the developers seem intent on shoving into every game, the story content is excellent, Paris and the surrounding countryside are gorgeous, and the new gameplay additions mix things up enough to feel worthy of a paid DLC.

David is the kind of person to wear his heart on his sleeve. He can find positives in anything, like this is a person who loved Star Fox Zero to death. You’ll see him playing all kinds of games: AAAs, Indies, game jam games, games of all genres, and writing about them! Here. On this website. When not writing or playing games, you can find David making music, games, or enjoying a good book. David’s favorite games include NieR: Automata, Mother 3, and Gravity Rush.
Related Articles: Assassin's Creed Valhalla - The Siege of Paris
Share
Tweet
Share
Submit