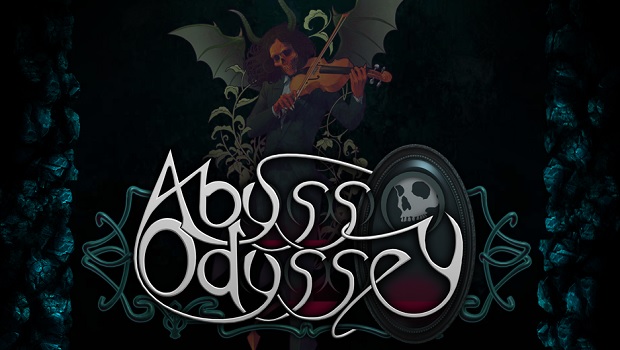 Indie development studio ACE Team, best known for the Zeno Clash series, is no stranger to taking on ambitious projects with their small team. Where other small developers might turn to simpler graphics and gameplay to make development more straightforward, ACE Team fearlessly takes on elaborate art and original mechanics. They’ve done well with this approach so far and Abyss Odyssey, their latest project, will be no exception. I chatted with Andres Bordeu, game designer and artist at ACE Team, who told me a bit more about the game.

“Abyss Odyssey is an action/adventure platformer that introduces advanced combat mechanics to the side-scrolling genre. This is something not traditionally seen in 2D side-scrolling games,” he explains. “Add some rogue-like elements to the list and you get something like the Super Smash Bros. adventure mode, but with procedurally built environments, and set in a darker art nouveau inspired world.”

As if that combination isn’t original enough, Bordeu hints that the team has a few more things still hidden up their sleeve. “There are also a couple of additional ingredients we’re throwing into that mix, but we’re not ready to reveal them just yet,” he says.

From what Bordeu is willing to share right now though, Abyss Odyssey will feature a novel combat system in addition to the artistic innovation that ACE Team has become known for. “Our games generally stand out for their unique art direction – it’s what people tend to see first,” he observes. “But I think that in the case of Abyss Odyssey, the real spotlight is the combat mechanics built around a deeper fighting engine; something more exclusive to ‘one on one’ fighting games.”

A First Look at Abyss Odyssey

Combat plays a larger role in Abyss Odyssey than in ACE Team’s previous titles; a core part of the gameplay involves players descending deeper into the (of course) abyss, which is brimming with a variety of enemies. As the player’s skill level increases, they can capture the souls of increasingly strong monsters and then take on their role in combat.

“Having a side scrolling game that features a roster of enemy fighters, instead of regular NPCs gives the game a very unique feel,” Bordeu observes. “And because almost all our enemies are comparably as complex as the players, this creates a really interesting gameplay environment where you can descend through the abyss and experience the campaign from the perspective of a monster.”

“Add this to the already randomized world and each player’s experience with Abyss Odyssey will be unique and open to new possibilities as they progress deeper into the game.”

ACE Team has put a considerable amount of effort into perfecting the game’s fighting system, focusing on make it simultaneously beginner-friendly and deep enough for more dedicated players to grow into. Bordeu explains, “Like any true fighting game mastering a particular character will require practice, but we built our fighting engine on the same foundations than other games like Smash Bros: ‘easy to play, but hard to master.’”

Bordeu reveals that more complicated combat controls were considered for Abyss Odyssey before ACE Team settled on the current system. “When we initially started designing our fighting engine we contemplated the possibility of introducing traditional fighting game inputs (like those that are common in Street Fighter),” he says. “[But] ultimately we decided it was not the best fit and that it would make everything more complex than it needed to be.”

“We then thought that a more simple approach, like the one featured in Smash Bros where a special power is simply performed by pressing a button plus a specific direction, was the best fit for our title. This is especially true for a game where sometimes you have to face multiple enemies simultaneously.”

But simpler controls doesn’t mean there is no depth here for fighting aficionados. “The simple nature of the controls should not fool anyone into thinking there is not a complex fighting game beneath,” Bordeu insist. “We’ll be releasing a series of videos that feature custom combos for different characters. These combos are invented on the fly by our staff here and it’s a testament to the flexibility and robustness of our fighting system.”

The focus on combat doesn’t mean that the storyline is neglected though, but Bordeu admits that “the level of story development in [Abyss Odyssey] is not as complex as what we featured in Zeno Clash.”

“Rogue-like games are meant to have a high replay value because of how they are structured. This means that the ultimate objective is not so much about beating the game or getting to the end –it’s more about experiencing the path, since each particular play-through is unique. This forced us to develop a story that can be told several times. There are elements that you reveal during progress, but I think the most important aspect in these kind of titles is that the world that is presented to the player is rich in detail from the very start.”

Part of crafting an environment rich in detail is the artwork and, as usual, ACE Team isn’t slacking off in that area; despite being procedurally generated, Abyss Odyssey features Art Nouveau-inspired graphics. When asked if these two elements conflict, Bordeu says “not necessarily”, adding that he doesn’t view the two elements as mutually exclusive.

“It’s true that when you develop procedurally generated environments there’s always the risk of having everything look ‘tiled’ or ‘blocky’ (something that would not go nicely with art nouveau),” he admits, although he says this isn’t the biggest risk introduced by the randomization.

“I think the real challenge was not that we decided to go for art nouveau inspired graphics, but that we decided to do procedural environments in a complex 3D world,” Bordeu tells me. “The majority of these games are in 2D, where ‘blockyness’ and tiling is pretty standard. However, when you’re going for a more realistic depiction of your world those things become unacceptable. Building a procedural world in 3D is considerably harder than in 2D, and that’s been the main challenge for us.”

As you might expect from a small studio pursuing a big project, ACE Team has dealt with a number of other challenges during the game’s development. Bordeu points out, “The titles we’ve developed at ACE have been quite ambitious, in particular if you consider that for any given project there have not been more than 15 people involved.”

“For Abyss Odyssey (which has been pretty much built by a team of 12), I think the hardest part has been developing all these separate features and being able to merge them in a way that makes sense. It’s been quite a challenge to calibrate this game in the sense that it has to be very accessible and still present a challenge to fighting game enthusiasts that are accustomed to high learning curves.”

.“We’re still in the process of perfecting a dynamic global AI aggressiveness indicator that aims to address this concern,” Bordeu explains. Part of striking this balance means offering different paths for different types of players. He continues, “Essentially, the player can choose different paths to descend into the abyss, and as expected there are the longer, less rewarding, but easier paths, and there are the shorter, more rewarding, yet harder paths.”

“There are several aspects that will weigh in the aggressiveness indicator, like depth into the abyss, chosen path and other factors. The indicator can climb or fall accordingly and it’s really important we properly balance how this difficulty is set so that the experience is enjoyable for everyone.”

Another part of making Abyss Odyssey appeal to a wide audience is ensuring that there is enough content to keep players interested. Bordeu expresses hope that Abyss Odyssey will be “more of a ongoing effort” than the average game. “Abyss Odyssey is designed in a way that it’s almost a canvas for us to continue experimenting with new ideas and content. We already have some interesting plans for this game post-release,” he adds.

“We don’t want people to descend to the last area and think: ‘Ok, now I’ve seen everything there is to see, so there’s no reason to keep playing this,’” Bordeu says. “On the contrary; the game features tons of content that will be revealed as you play through and we’re also introducing some features (which we’ve not revealed yet) where the community of players will have to meet a goal collaboratively.”

The community goals are still a work in progress, but Bordeu tells me that more will be revealed in a soon-to-be-released trailer and another video will show off some details of Abyss Odyssey’s combat system. He welcomes interested gamers to get involved on the game’s Facebook page, forums, and Steam group, saying, “We’ve always had a very close relationship with our community and this will continue with Abyss Odyssey.”

With only a few months to go before Abyss Odyssey’s Summer 2014 release, the team does have some concern that waiting until now to announce it will give them less time to spread the word. “We really wanted to reveal the game a couple of months ago,” Bordeu reveals. “[But] there’s only so much such a small team can do considering all the effort we’ve had to put into this game.”

“Still, we’re really pleased with the reception of the game after the debut materials we’ve released. The fans and the media seem genuinely intrigued by our new concept and I’m confident the title will continue to generate interest as we show more about the game.”

Abyss Odyssey, published by Atlus, will be available later this year as a downloadable title on PC, Xbox 360, and PS3. About the choice to release the game for last gen consoles when the new generation is well underway, Bordeau notes that it’s another constraint of being a small studio. “It made more sense to focus on the platforms that now have a larger installed user base and we’re already familiar with,” he says, although he doesn’t rule out a next gen release if the title proves popular.

Overall, he’s happy with how things are going and thinks fans will be too. “We’re really enthusiastic with the development of this game and we hope our fans find our new project as exciting as we do!” he concludes on an optimistic note. To follow Abyss Odyssey as its release date approaches, head to its official website here or its Facebook page here.