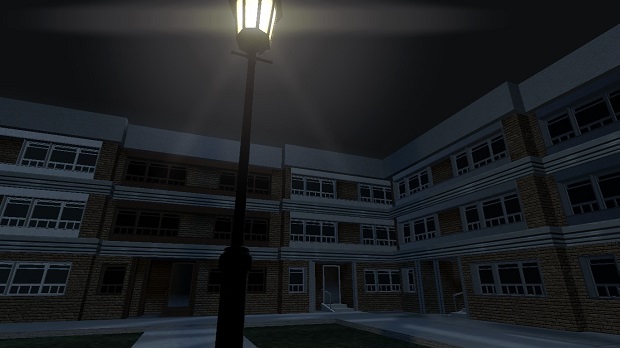 Near the end of September, seemingly out of nowhere, The Stanley Parable writer Davey Wreden announced that he had a new game coming out on October 1. This announcement was accompanied by labeling it a narrative video game, posting a few teaser screenshots, retweeting some praise about how it’s “unlike anything you’ve ever played before,” and little else.

It’s been said in many places online that this game, The Beginner’s Guide, resists being written about, and to a certain extent I believe that to be true. It’s one of those things you feel like you’re spoiling almost as soon as you open your mouth. Not to mention, perspectives on it will probably differ greatly, so it’s best to experience it for yourself instead of relying on one person’s opinion. However, if you don’t care about being spoiled, or if you want to take a peek at what all the fuss is about, then this review is probably for you.

The Beginner’s Guide is told from the perspective of Wreden himself, as he meets and befriends a reclusive game developer named Coda. The premise is that as Coda creates new games, he sends them off to Davey to play. Sometimes he cranks out games one right after the other, and sometimes months elapse before one is completed. Along the way Wreden gives us a glimpse of them and shares his thoughts about Coda’s games.

Many areas, such as this one, are more than they appear.

It is split up into chapters, each containing one game or a related group of games. While this makes sense, I’m not really sure why the menu itself is set up with level selection instead of giving the player the option to save wherever they choose and come back to it. Sure, the levels all have something different to offer, but they’re meant to be played in one continuous string, not revisited on their own.

The Beginner’s Guide involves some gameplay, such as navigating areas to complete one-click objectives or choosing dialogue responses, but primarily it’s a walking simulator with a narrative emphasis. Fans of The Stanley Parable have expressed dissatisfaction at the lack of choice in Wreden’s second game, but it wasn’t meant to be a direct follow-up. The two are completely distinct and separate entities.

There was a lot I enjoyed about the experience of this game, or should I say collection of games. Each area had something unique about it. Some events were triggered by player movement, while others were spoken into being by Wreden. The scenery was diverse, featuring everything from detailed rooms and full landscapes to places with very few objects, devoid of even a background and blanketed in black or white. This is one reason I didn’t mind that I was locked into a predetermined narrative; besides the knowledge that this game isn’t necessarily a spiritual successor, there were plenty of things going on to keep my attention.

One interesting thing about The Beginner’s Guide was the narrator intervention. Some areas involved insurmountable challenges, such as a towering staircase that slows your movement speed the more you climb it, or a door with the switch that opens it on the other side of the wall. In these instances, Wreden steps in and fixes the problem so you can continue playing the game.

Now imagine the sound of all of these typewriters clickety-clacking away at once.

While you’re wandering through a jail or traveling through space, Wreden ponders aloud about how these games relate to Coda as a person. He spends a lot of time ascribing deeper meanings to every one, and he says they’ve offered him so much more insight than something like awkward, meandering small talk might. This seems to hint that Wreden and Coda didn’t have that many conversations of depth, and Wreden is just treating the games like an all-access pass inside Coda’s head.

It is stated that Wreden is one of precious few that Coda has ever shown his games to. He wonders why that is. Sure, some sections of them are unplayable (something they’ve argued about before) but they’re quite good. Wreden is convinced that if he shows these games to his other friends, the positive comments Coda receives on them will spur him into sharing them himself and perhaps even spark his creativity.

SPOILER ALERT – After the picture, aspects of The Beginner’s Guide that could be considered spoilers are discussed.

The overlapping text makes the scene feel chaotic and overwhelming.

As you progress, the games thematically get darker and more self-deprecating, at times even self-destructive. More time elapses between the design of each one. The further down Coda seems to spiral, the more concerned Wreden gets about him. He desperately wants his idea about real-world feedback on the games to snap Coda out of it.

In the end, Wreden’s plan backfires impressively. Instead of enlivening Coda, it dissolves their friendship. Both of their motives were not what they seemed. The game closes with Wreden feeling distraught and apologetic, wondering how he could judge the situation so wrong, and wishing he had his friend back.

Where my interpretation of the game could completely change, and where yours might as well, is this simple question: is The Beginner’s Guide based on a true story, or is it fictional? (Of course, selling the games that someone else made would have legal implications, but the story itself could be real.) I don’t want my opinion to hinge on this, but it feels unavoidable. That is because Wreden made the creative choice to insert himself into his game.

That decision, to make players believe that they are emotionally investing in the story of a real person instead of a fictional one, could massively influence their feelings about said story’s resolution, at least upon the first playthrough. I will admit, I was mad at the conclusion. Once the screen faded to black, I spent no time sitting in silent reflection; I closed my laptop and walked away, wanting to get my heartrate back to normal.

Rooms like this pique your interest and are fun to explore.

If Wreden would have simply changed the names, if he would’ve told the story through the lens of two fictional game developers, then it’d be easier to focus on the various truths you could glean. But because of how he chose to frame it, it’s hard to untangle the message from the narrator. It feels too personal, too messy. It feels like I’m supposed to be sympathizing with someone instead of learning a lesson.

With time, I’ve been able to distance myself from that negative gut reaction and parse out the themes of creative energy, self-doubt, and personal validation separate from the people they involve. I would still prefer to think of it as two made-up characters so I can maintain that distance and think “this was all a misunderstanding and both parties are only human” instead of “wow, your friend trusted you with his games and you shared them without his permission, and now you want us to feel sorry for you?”

In any case, The Beginner’s Guide is certainly a thought-provoking game. It’s one of those where you’ll notice different details and come away with different revelations with each playthrough. Completing the game takes only about an hour-and-a-half, so the price tag of $9.99 (or $7.99 when it’s on sale) seems pretty steep. If you do choose to purchase it, you’ll want to go through it more than once or let your friends play to truly get your money’s worth.

It’s easy to have mixed thoughts about The Beginner’s Guide, but as a game that aims to make you think, it does accomplish this goal. It has some features you don’t see too often, such as narrator intervention during unplayable sections, and each level has something unique about it. I still don’t know whether I truly like it, but I’m not sure it’s meant to be liked, just taken for what it is.

Sarah Marchant is an office admin for a nerdy t-shirt company. She has a soft spot for indie games, a passion for story-driven titles, and a weakness for cooking games and anything with zombies.
Related Articles: The Beginner's Guide
Share
Tweet
Share
Submit