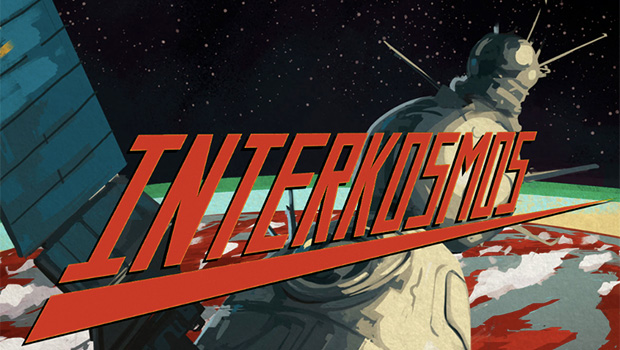 Welcome to the cold war. Technology is clunky, unreliable and far from smart, but it has succeeded in sending mankind into space. You sit at the helm of a Russian space capsule poised to reenter Earth’s atmosphere, but there’s a problem: You’re not the person who’s supposed to be in that seat. Interkosmos is a hilarious virtual reality experience by Ovid Works which will have you frantically turning valves, watching dials, flicking switches and adjusting trajectories as you try to both navigate your way back to Earth and survive the ever escalating tensions between the US and the Soviet Union.

My first playthrough was, admittedly, frustratingly long and uneventful. Between my lack of understanding of the controls and what my comrades at Moscow ground control wanted me to do, I ended up listening to the same phrase over and over again for roughly twenty minutes. “Pilot! You are not aligned with trajectory!” has been seared into my brain and now haunts me in my sleep, but it’s ok! My second playthrough more than made up for this frustration, as so much time afloat had taught me how to best manage my life support inside the capsule and familiarized me with a great deal of functionality. The second time around I realized that I was judging my trajectory by the wrong display, and once that bit of information clicked into place, Interkosmos became nothing short of a joy to play.

Retro, somewhat unreliable technology is your only hope of returning to Earth

Ovid Works seamlessly combines an incredibly high pressure situation with punchy humor, the kind that had me laughing out loud, and not just on my first playthrough. Some lines, so brilliantly delivered, had me chuckling time and time again. The voice acting is great and is responsible for most of the game’s humor. The accents are a little over exaggerated and stereotypical, but it fits well with the dated technology and bright colors of the cockpit. I had my computer screen mirrored to a TV, and those watching me play, unable to hear the conversations going on within the cockpit, were often left puzzled as to why I was laughing madly while engaging the pressure release valve.

Once you manage your first safe landing, a successful reentry becomes shockingly simple. Things break at scripted times, and you can use this knowledge explore the branching narrative paths and easily see the two successful endings. This is also when the fun begins: You know what you’re supposed to do, so you’re now free to explore everything you shouldn’t do. Interkosmos makes death incredibly fun, and even challenges you to find how many ways you can die. I’ve already found several, from being roasted alive to suffocation to deploying my parachute before entering the atmosphere, and even catastrophic combustion, thanks to excessive oxygen in the cabin combining with a sparking, shorted fuse. It’s ridiculously fun to try and find devious uses for the various equipment inside the capsule. Of course, deciding when in the story you want to die also has consequences. It’s easy for Interkosmos to become a suicide mission, but as you advance through the plot, things escalate rapidly, and your success or failure could put more than just your own life on the line, it could potentially put the the lives of millions in danger. So, ground control to Major Tom: Choose your trajectory carefully.

The game is mostly bug free, but on occasion, switches can be difficult to flip, and valves will occasionally bounce back to the open position, even after you’ve twisted your wrist to shut them off. I encountered my biggest problem while trying to rush the game’s intro during my fourth playthrough. I knew what the vital buttons and switches were, and went ahead and released the undocking rig while Moscow was still briefing me on my equipment. This caused me to remain in tutorial mode through the entire process of reentry. Rather than telling me that I had reached my ideal velocity and should stop my burn, Moscow was too busy telling me exactly what my thruster was, causing me to charge into the atmosphere at such a speed that not even my heat shield could save my miserable life. The good news is that Ovid Works already plans to fixing a number of these bugs with a pre-release patch, meaning most players will experience minimal frustrations.

A relatively short experience, Interkosmos can be played to completion in roughly 30 minutes, including the 5 to 6 minute tutorial which you must sit through each time. There appears to be two positive endings to the game, and seemingly endless ways to die. Having logged around six hours of play, I’m still eager to go back and explore what other, catastrophic ways I can find to die, so I can confidently say that this game offers a great deal of replay value.

My biggest complaint about Interkosmos is that there aren’t more random challenges which pop up during your journey through space. Things happen along a scripted path, and I just really wanted fuses to break randomly, or control panels to require a smack from the onboard wrench in order for them to start working again. Of course, it should speak volumes that my biggest complaint about the game is that I simply want more from it.

It really is a treat to peek out your tiny portholes and watch the space station shrink into pinpricks of light in the blackness of space. Watching Earth loom huge, occupying two of your three portholes is humbling, and having one of your controls malfunction and literally fall out of its mounting and onto your head? That’s an entirely different kind of thrill. Another great thing about Interkosmos is that I experienced absolutely no motion sickness while playing. Additionally, the position of your virtual hands, pointer and thumb fingers extended, all others curled, makes for perfect disco-era victory dance parties.

It’s also worth noting that Ovid Works is collaborating with European Space Agency scientists, allowing astronauts to use Interkosmos as part of their simulations for upcoming M.A.R.S. missions, and it’s easy to see why. Space feels very real within the visor, but you can’t let that distract you from following the commands of your ground based command crew. The pod creaks believably as you spiral through space, instruments frost over if your temperature drops, sparks leap from fuses, making you hesitate to push their reset button, and the entire capsule shudders, the world outside turning white-hot as you enter the atmosphere at speed. It’s thrilling, and you really do feel like you are successfully being navigated through space utilizing dated technology. You can read about the actual science behind this collaboration right here. This partnership also means that a co-op build of Interkosmos is underway, and while there have been no promises made about this build coming to Steam, we can always hope!

Interkosmos is a short virtual reality experience which places you in the hot seat of a space capsule returning to Earth during the Cold War. Combining an incredibly high pressure situation with a great deal of humor, Ovid Works has crafted a truly unique, narrative-driven experience. While the game is only around 30 minutes long, it has branching storylines, two successful endings, and makes death incredibly fun with a whole host of ways for you to perish. It's highly interactive, it makes incredibly satisfying clicky noises when pressing buttons and flipping switches, and it's over the top, colorful, retro graphics make it a unique and fun experience. Climb into the Interkosmos cockpit, make history, and show the world that Major Tom has nothing on you.