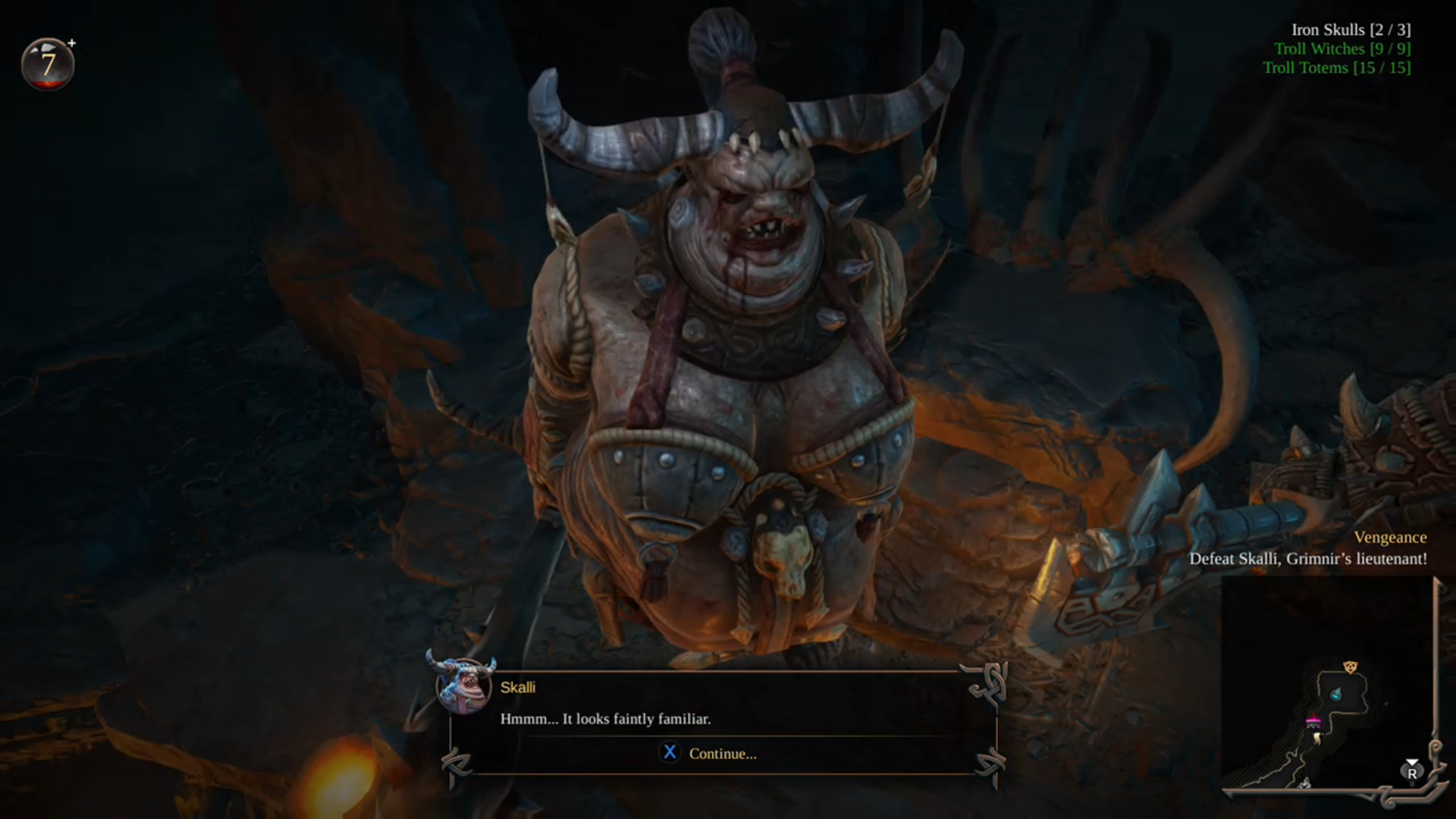 I had my first experience with Vikings—Wolves of Midgard last year. Although my time with the game was limited, there were some key areas in need of tweaking. Even for an ARPG, it felt a bit too simplified. Characters, dialogue, and the narrative were rather bland and there wasn’t anything distinct making the game stand out amongst its peers. Had some, or all, of these issues been addressed, Vikings—Wolves of Midgard had some real potential.

Unfortunately, many of the very same things I was worried about during my preview are still present in the game’s full release.

Your village has been destroyed, most of your clan has been slaughtered, the prophesized Fimbulwinter has come, and suddenly you find yourself chieftain. The giants of Jotunheim are at your doorstep and the Norse apocalypse of Ragnarok threatens to engulf all of Midgard. What would any good Viking do under these dire circumstances? Protect your people, your realm, get revenge, and go kill stuff, of course.

The stuff of nightmares…

I’ll be the first to admit that I am frequently a sucker for overused narratives and tired plot devices. However, in order to keep me coming back for more, I’ve got to be drawn in by something, whether it be the characters, the setting, the combat, or something else. Despite its best efforts, Vikings failed to provide much in the way of intrigue or interest.

All of the game’s characters, including your own, are astonishingly flat. Your Viking warrior is supposed to come across as a cocky, charmingly oblivious (or perhaps just dumb) tough guy with a sense of humor. Instead, he or she comes across as nothing more than a blithering idiot, so arrogant as to be entirely ignorant of his or her own stupidity. The dialogue, with a couple minor exceptions, is eye-rolling at best and cringe-worthy at worst; shortly into my playthrough, I just started skipping them. The narrative, leaning heavily on Norse mythology, isn’t anything to write home about either, being scarcely more entertaining than watching paint dry.

Maybe the story isn’t all that important—the “A” in ARPG stands for action after all, doesn’t it? Perhaps the day will be saved by the combat system, the RPG elements, or the loot system.

Probably not the safest place to stand.

The combat and the action aren’t anything special, impressive or notable. Hit registering and dodging are all faulty, especially with flying foes. Far too frequently I’d roll to my rear or to the side to evade an incoming strike or spell, only to see the damage appear on my health bar anyway, despite my character being visibly out of range. In addition to this, melee hits, ranged strikes, and abilities, whether your own or the enemy’s, don’t sound or appear very impactful, detracting greatly from the whole combat experience. The game tended to feel more like a clumsy hack ‘n’ slash, which would be OK supposing the movement and attacking animations weren’t boring and clunky, but that’s not the case.

The first couple levels, in the absence of good gear or many abilities, were surprisingly challenging. Then suddenly, after some minor gear and skill upgrades, I was able to fell entire swathes of enemies without taking so much as a scratch. And yet, the bosses still presented a decent challenge—mostly. Even at more advanced stages, I was able to clear large numbers using just my bow, into which I had only invested a single skill point.

I don’t always use my bow, but when I do…

The gear and skill systems allow for a small range of play styles. You can equip yourself with cloth, light, or heavy armor. In conjunction with this, you’ve got the choice of five skill trees: one-handed weapons, two-handed weapons, dual-wielding, ranged (bow and arrow), and battle staff style. While it’s nice that you’re not limited to only one of these styles, the smart choice is to focus on just one, otherwise your character might lose potency.

What about them phat lootz, though? Well, the potential for loot never felt like a big draw.

You can craft weapons and armor using your village’s armorer and smithy. Each item requires gathering a certain amount of resources—gold, iron, wood, and/or Jotunjarn. However, you’ve also got to spend those same resources on upgrading your armorer and smithy’s facilities, as well as the altar upon which the gods grant you new levels. Thankfully, acquiring these resources is relatively easy and never became too grindy. I was, however, surprised at how easily and quickly I amassed legendary items from enemy drops and chests. Perhaps RNGesus was on my side.

“I fought gods and men, but everything looked mostly the same,” said a Viking, probably.

I sailed an awfully long way on this wooden dinghy just to kill all of you.

The exterior of Vikings appeared mediocre. The different regions you must liberate were pretty, but relatively sparse, and somehow still managed to cause sticking issues for both myself and my foes. Noticeable framerate drops during periods of heavy activity and weather effects further dampened things. The story also conveniently returns you to a few previously accessed regions just so that you can complete them again with different enemies.

The game’s “exposure” system, although an interesting concept, was not executed well either.

This mechanic is mainly used to emphasize the severity of the dreaded Fimbulwinter, but it also gets utilized when you’re around poisonous gas. Essentially, you’ve got a frustratingly short window of time in which your character can remain in the open without finding the warmth of a fire, or an area with non-toxic air. This necessitates an absurdly repetitive back-and-forth method of clearing a level as you’re forced to backtrack too frequently for shelter or warmth. Fortunately, not all the levels involve the chore that is the exposure system.

Sadly, Vikings: Wolves of Midgard doesn’t have many redeeming qualities. What potential there had been for an enjoyable title was erased because of its unoriginality, inconsistency, poor story, and bad execution.

As unmemorable as it was disappointing, Vikings—Wolves of Midgard misses the mark. With a flat story, uninteresting combat made worse by the game’s annoying exposure system, and a boring environment to boot, this title doesn’t compare to its many well-liked peers within the ARPG genre.