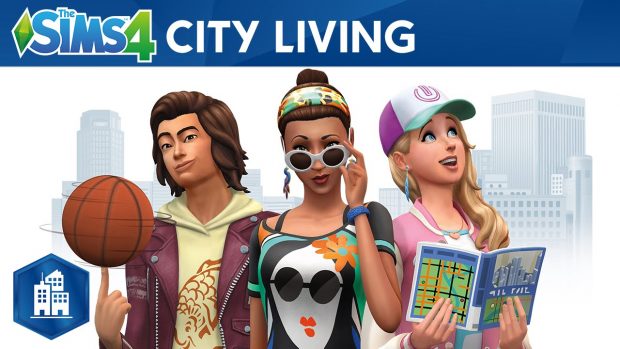 The Sims 4 City Living is one of the best expansion packs in the entire series. It changes the way you can play in new and meaningful ways, and is full of fresh experiences and stories to tell. I had a blast playing in the city of San Myshuno, exploring its festivals, and the new lot traits. It is, however light on content and has a few bugs which holds it back from being even better.

The new city of San Myshuno is the biggest feature of the game, and one of the best settings for a Sims game since The Sims 2 Apartment Living. The city is vibrant, with unique neighborhoods and plenty to do. Every few days the city holds festivals, which are great ways to get out, explore, and generally have fun. The festivals add something special and unique to the game such as the spice festival and love festival. My personal favorite however is the Geekcon. All festivals have activities and things to do, but it was really fun dressing in costume and hitting up video game tournaments. You can also buy unique items at festivals which include things like shirts, snow globes, and even fireworks.

The city itself is what this whole expansion relies on, and it is done very well. It feels huge and has a variety of Sims to interact with and ways to expore the world, such as protesting and making graffiti art. The city is also the biggest downfall of this expansion. If it doesn’t interest you, then there is really nothing for the player except a few new items. What you are really paying for, and getting in this expansion is the city. It is probably one of the lightest amounts of content I have seen in a Sims expansion, yet it is somehow one of the best.

One way the expansion works so well is how it has changed up some of the gameplay in smart and intuitive ways. How your Sim works with the new profession is a perfect example. With the Get to Work expansion, The Sims brought actually going to work with your SIm and doing tasks, while normal jobs have your Sim disappear for the work hours and then return home. City Living intelligently melds the two ideas together, allowing you to send your Sim to work as usual, or work from home. If you chose work from home it gives you a set of tasks to complete, but allows you to be with your Sim and have them complete whichever tasks you see fit. This small change to the new professions has completely changed how I view my Sims career and I have a hard time not following down one of the three new career paths simply because it is such a better way to handle jobs than what has been previously shown.

Another huge leap in gameplay is a new feeling of progression. Although building skills, upgrading your house, and advancing in a career has always been available, it has never been so fun or well thought out. Starting out in a shady part of town in a tiny one bedroom apartment, I slowly worked and saved my Simoleons until I could afford a slightly better place in a nicer part of town. Playing without cheats or easy money became fun for the first time since The Sims 3 came out. I loved moving up from apartment to apartment, exploring the city and neighborhoods as I went. When I had finally maxed out my career and had saved for a long time I was able to move into a penthouse, and I have never had such a sense of progression and end goals in any Sims game.

The apartments are also very well done. There is a layout and look for everyone. One of the greatest new mechanics is the ability to pay rent, versus outright buying a home. You can get into an unfurnished apartment and use whatever money you have to decorate it, or pay more for a furnished dwelling. There are also landlords that can come fix broken things, which early on is a helpful mechanic, since  leaky pipes, bad electric systems, or cheap appliances seem to break all the time. It feels more intimate, and slowly building up my apartment was an amazing experience for me. Also expect some crazy neighbors; for the first time in The Sims 4 the people you live with have an impact on the environment around you. You may have rowdy neighbors that blare music late into the night or couples who “wohoo” loudly. You can also offer a key to your place to Sims who will stop by to use your shower, eat your food, or even just come hang out. I felt like my environment was shared with other well thought out Sims, and allowed me to interact and tell stories that have not been possible up to this point.

One mechanic that actually impacts City Living as well as the base game and all other expansions is the new lot trait. You can assign traits to houses or apartments that add a little spice to the everyday living. Moving into a lot that has gnomes is great as they will fix broken things, as well as a trait that gives your Sims some luck on finding extra money around the house. My personal favorite is the haunted trait, in which the living space is home to a ghost that will randomly appear and scare your Sims and occasionally break things. The lot trait is a simple system but it really adds a lot of character and charm to everyday living and is a new standout of the gameplay.

Unfortunately, there were some glitches and bugs that I ran into while playing, which was not game breaking, but annoying in the least. I had a couple complete crashes of the game, along with some random clipping and graphical problems. There were also a few times when the camera went wonky while trying to move up one of the tall buildings to my Sims apartment. Lastly, I had a weird problem where every time my Sim would clean up his dishes he would walk all the way out of the apartment, down to the ground level, back upstairs and then to the sink. I still have a problem with the constant loading screens, but they’re not terrible, just a tad annoying compared to the open world in The Sims 3.

The Sims 4 City Living creates new and meaningful gameplay on the Sims formula, and is the best expansion The Sims 4 has seen to date. It has smart gameplay, new ways to interact with the world, and an amazing new setting. If living the city life sounds fun, you cannot go wrong with City Living, however if that doesn’t intrigue you, there is not much here for you.

Growing up in a small Colorado town, Bryan has always had plenty of time to play games. PC is his first choice of tech followed by the PS4. Graduating at 16 Bryan knew he wanted to be a writer and wanted to combine his love of games into that and found Gaming Trend in 2012 where he quickly became a member and started writing for them as soon as he could. He is still at Gaming Trend, but now has 2 kids, a puppy, and a lot less time to play the games he loves, but he always finds a way to get back into gaming.
Related Articles: The Sims 4: City Living
Share
Tweet
Share
Submit