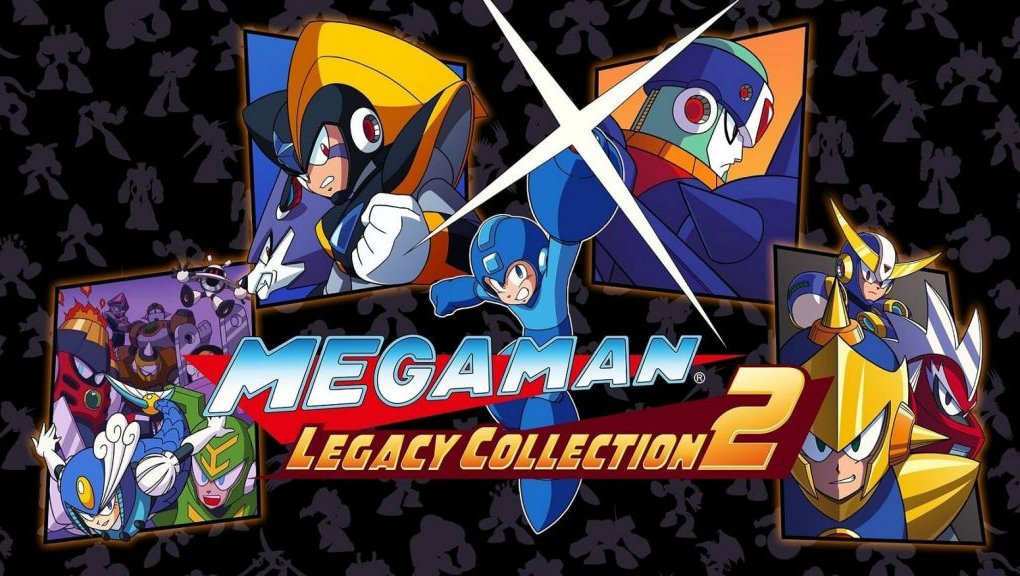 Mega Man games are two things, generally: super fun, and way hard. When you’re working with a collection of games that has been a stalwart of quality throughout its existence, it doesn’t take much work to make the whole package pop. With the first Mega Man Legacy Collection, we got a bundle of the originals from the Nintendo Entertainment System, all great and all now very expensive to purchase original copies of.

Mega Man Legacy Collection 2, bundles Mega Man 7 from the Super Nintendo, Mega Man 8 from the PlayStation, and Mega Man 9 and 10, both recent releases for the Wii, Xbox 360 and PlayStation 3. These games all have a special flow and feel to them that sets them apart from the originals, and each is an excellent game on its own, now brought together in one convenient package.

This overall collection is smaller that the first, but these games are a bit more diverse so it makes up for that in the end. Each game has a special challenge mode that presents an increasingly difficult set of parameters for you to clear. Stage remixes, boss blitzes, time attacks, and limited power stages takes a game that is beyond hard and makes it near impossible, but for those Mega Man fanatics who can really get after it, these challenges are perfect. For a casual gamer, I wouldn’t expect much play time there.

Each of the four games are similar, but each has their own flair to them. Mega Man 7 is pretty straight forward, and feels just like a classic jaunt through any of the prior Mega Man games. It is Mega Man 8 where we get a graphical upgrade and some interesting features for attacks, starting with the fun and highly creative use of a ball and soccer kicks to serve as a powerful attack or stun.

Mega Man 9 and 10 are a return to the 8-bit style graphics, menus, and they capture the look and feel of those original games to a T. Gameplay wise, however, these games really push the limits of how many patterns of death can be thrown at you before you die. Mega Man 10 in particular just absolutely ravaged my mind and made me feel small, like a gaming infant, cooing weakly as flying saucers and jumping clown robots destroyed my village.

As hard as these games can be, that’s the ultimate result of having 10 games in a series be so similar and release over such a large amount of time. Players who enjoyed Mega Man when it first came out are looking for an increasing challenge and risk with each new release, and Capcom doesn’t skimp at all on it. For those who can’t hack it, or just want to relax a bit can turn on a special mode that allows you to take 50% damage from all sources. This typically only means that you’ll die slower, but at least you’ll get to see more of each map along the way.

Each Mega Man game is increasingly silly to me in tone and design, but I love the enemies and the bosses that you encounter in each stage. There are classic enemies that inhabit almost all areas of battle, but each zone has its own set of unique enemies that present increasingly difficult challenges. One such enemy is a cursor arrow, like on a computer, that drags and drops squares onto the area above you, having them fall and scatter in different patterns. I find that to be challenging to say the least, but also just so fun and creative.

When it comes to the graphics, you’ll be very pleased throughout each game. I love the classic throwback look in Mega Man 9 and 10, as well as the upscaled 16-bit graphics from Mega Man 7. The PlayStation era look in Mega Man 8 is definitely the least aesthetic, but it still looks great and has a certain cartoonish charm to it that the other games lack. Add that to a soundtrack that just doesn’t quit being awesome no matter how hard you try and you’ve got a very attractive game to look at and listen to.

This being a collection, the game provides full listenable soundtracks in-game that you can just check out whenever, as well as a bevy of artwork, concept pieces, and other images from each game. There isn’t much here for anyone except diehard fans, but it is always interesting to get a look at some of these materials that we’d otherwise never get a chance to see.

Mega Man Legacy Collection 2 is the ultimate follow-up to the first collection, and brings us to a full 10 Mega Man games now available on the PS4. This collection boasts some truly high quality Mega Man experiences, as well as a large number of challenges for experienced players. The Mega Man games speak for themselves largely on quality, but they have been packaged here in a very attractive and improved fashion.

Patrick Rost has been with Gaming Trend since 2013. At first focused on sports coverage, Patrick has gone on to cover a wide range of games and other products for the website. Outside of Gaming Trend, Patrick writes and records music, grinds perpetually in Elder Scrolls Online (PS4), and lives day to day with his two dogs, Bob and Stella.
Related Articles: Mega Man Legacy Collection 2
Share
Tweet
Share
Submit