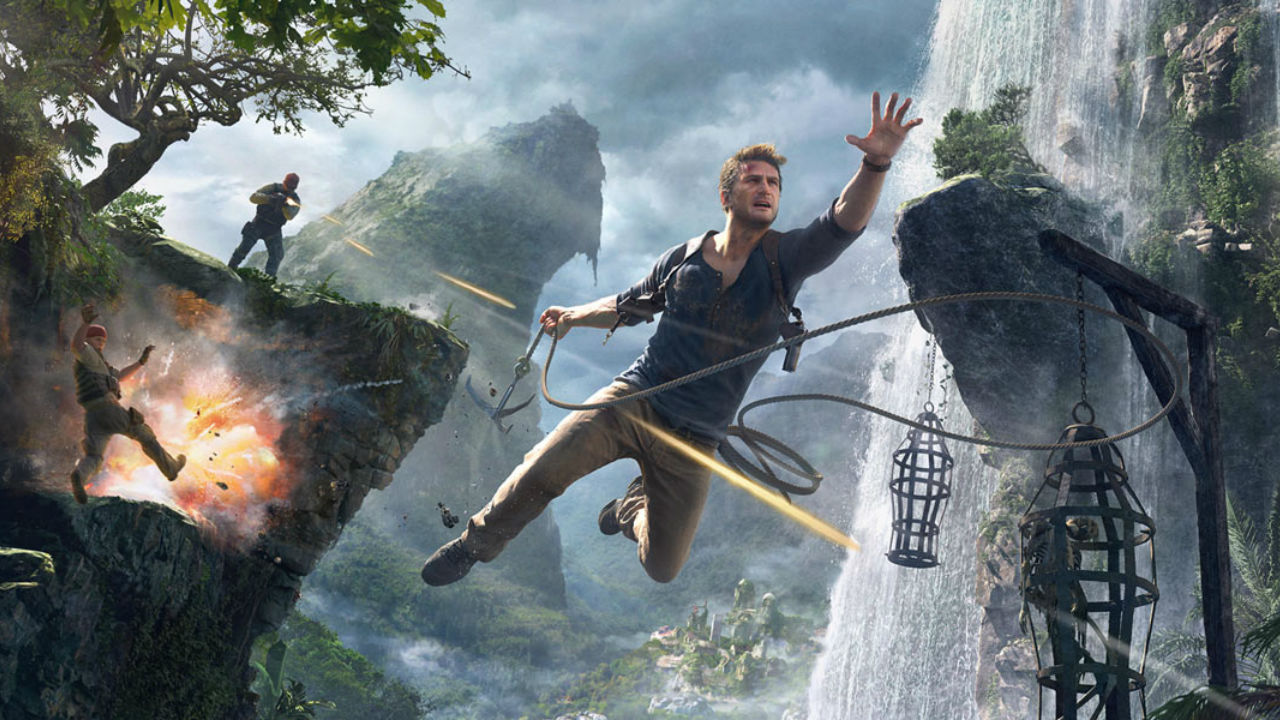 Uncharted 4: A Thief’s End’s greatest strength not only is in how it succinctly wraps up the story of Naughty Dog’s beloved treasure hunter Nathan Drake, but also in how it pays tribute to the history of the series as it comes to a close. Uncharted 4’s modern-day polish helps it ascend to the top of the Uncharted hierarchy, but what makes Nate’s final adventure his most memorable is in the moments of reflection on where the series has been, and the journey it’s taken us on over the past several years.

Uncharted 4 brings a sense of finality to the Uncharted series, and in doing so Naughty Dog continues to solidify its place as one of the industry’s greatest storytellers. By offering closure for Nathan Drake and those closest to him, that sense of decisiveness means it also feels somber, like a loving farewell to these characters.

Fifteen years after his disappearance, Nate’s long-lost brother Sam shows back up into his younger sibling’s life with a burden on his shoulders. After being assumed dead and left in a prison, Sam comes to Nate after breaking out with the help of a big-time drug lord, one who wants him to find a lost treasure of legendary pirate Henry Avery in exchange for his freedom, and ultimately his life. In order to help save his brother, Nate comes up with a convenient alibi to explain his absence to his wife Elena and heads out with Sam in search of pirate treasure while another mercenary group is hot on their tails.

Sam’s presence is one of the greatest indicators of how far Nate has come since the days of El Dorado. Nate’s had fifteen years to grow since his brother’s presumed death, but Sam has been locked up in a prison cell for the majority of that time, leaving him with the same hunger for adventure and riches, often at the risk of others. It’s interesting to see Nate play the more level-headed adviser role to his brother’s ambition, recklessness, and distrust of others. Nate has moments where the hunt draws him in, but he still manages to feel the weight of his responsibilities in ways that are unprecedented for the character.

Nate’s growth is plain to see, as Uncharted 4 paints a far different picture of the series’ protagonist. The now-retired treasure hunter is older now, working at a monotonous day job and spending his nights arguing with his wife about mundane house chores. Sam’s reappearance throws a wrench into Nate’s life in more ways than one, and seeing the drama that follows is Naughty Dog at its best, and Uncharted’s characters at their most raw and human. What’s here is an honest and concise conclusion to the stories of these people, but it still subverts expectations and undercuts patterns fans have come to anticipate.

Between the set pieces and the gunfire, Naughty Dog delivers the most personal look at Uncharted’s cast yet, and the weight of this story bleeds into the tone of the game as a whole. Uncharted 4 is still full of the same large scale action sequences the series is known for, but it feels more methodical, and much of that comes from the game’s lack of sole focus on gun play in favor of a wider variety in the moment-to-moment.

Uncharted 4’s levels open up in scale, with branching paths and more corners to search. It’s not the size of something open-world, but these wide areas made me feel like I had more to explore beyond the beaten path. It’s easy to do as well, because Uncharted 4 brings in vehicles, such as a Jeep and motorboat, which help you navigate the larger areas, and handle well enough to keep the sections that utilize them from being a chore.

Nate has more ways to travel around these environments as well, now that he has more tools at his disposal. The addition of a grappling hook changed the way I approached traversal and opened up new ways to explore Uncharted 4’s gorgeous world. The same can be said of the piton (a metal spike used in rock climbing), which requires some precision and thought to help you climb sheer cliff faces, adding another dimension to the much-improved parkour.

Large portions of Uncharted 4 also revolve around espionage and stealth. Where previous Uncharted games had fairly simple stealth mechanics, things have become a bit more dynamic now. Nate can now use parts of the environment like tall grass and other vegetation to stay hidden from foes and keep bodies out of sight, and these strategies feel more viable thanks to changes to Uncharted 4’s AI. Before Uncharted 4, one enemy spotting Nate would alert a surrounding area to his location, but now being spotted briefly no longer undoes all attempts to remain hidden, as your opponents now require more than a glance to reach a state of hostility. They’ll investigate areas where they see movement, but staying out of sight also gives you the chance to mark enemies across great distances, keeping track of hostile movement and letting you maintain control of the battlefield.

Stealth isn’t the only thing that’s been drastically improved, gunplay feels smoother than ever, with Naughty Dog honing aiming movement into something with weight that feels less sluggish and imprecise. The addition of an auto-aim lock-on feature also helps with quickly snapping to enemies while firing, but you can turn that off depending on your preference.

These improvements, coupled with the consistently top-notch close quarters combat, all comes together to make Uncharted 4’s combat the best and most well-rounded in the series.

While Uncharted 4 makes a point to add new things to the formula, it’s clear that care was taken to ensure that everything that came before it has been refined, and that extends to the game’s competitive multiplayer. There are four multiplayer modes at launch: Team Deathmatch, Uncharted’s equivalent of capture the flag called Plunder, the captured territories mode, Command, and Ranked Team Deathmatch. While these modes are mostly mindless fun, Uncharted 4 adds new abilities that make teamwork more imperative than before, with magical Mysticals and temporary sidekick characters bringing in a new layer of strategy.

Mysticals are all based on treasures Nathan Drake has found on his adventures, and each has a function that can conceivably turn the tide of a match. Some of these are more recognizable, like The Wrath of El Dorado, which lets the user summon Uncharted 1’s sarcophagus, emitting high-damage AOE attacks, potentially downing entire opposing teams, while some are more obscure, like Indra’s Eternity from the Uncharted: Eye of Indra motion comic, which will slow down enemies in a small area.

Mysticals take time to earn with in-match currency, but acquiring them and coordinating their use with your teammates far outweighs arbitrarily throwing these useful tools into a crowd of opposing team members. For example, using Indra’s Eternity on a group of enemies will keep them in one place for a longer period of time as another player throws in the Wrath of El Dorado to take them out before they can leave the affected areas.

Sidekicks add to the strategy as well, but usually in a more isolated sense than Mysticals do. These temporary companions each have a certain combat role, and finding which one works best for your play style is key to utilizing them fully. Characters like the Brute, a tank-like character, help keep pressure on enemy forces, and help to divert attention away from you, allowing you to take advantage of the situation. On the opposite end of the spectrum, Saviors act entirely as support, healing members of your team and supplying them with ammo.

While it’d probably be effective to have any of these characters in your load out, picking the one that’s right for your play style is the difference between having temporary cannon fodder for your foes to shoot, and having something that can help you reclaim or sustain the upper hand.

While multiplayer mostly acts as an aside to the fantastic story, Naughty Dog has created something that feels sustainable, if not necessarily competitive. It easily takes the spot for the best Uncharted multiplayer by a wide margin.

And that’s the underlying thread of Uncharted 4’s design: it takes great strides to outclass its previous entries because it knows there won’t be another chance. From the opening moments to the credits rolling, Uncharted 4 is built from the ground up to close the curtain on the series with its most well-rounded, personal, and fine-tuned entry. With its new and polished mechanics, unrivaled technical prowess, human story, and thrilling action, nothing in Uncharted 4 is less than top tier. In saying goodbye, Uncharted soars to its highest heights, and bids farewell to an icon with a finale befitting of the history that preceded it.

Uncharted 4: A Thief’s End brings closure with a lovingly crafted goodbye to its hero, one that leaves the series on a near universal high note.