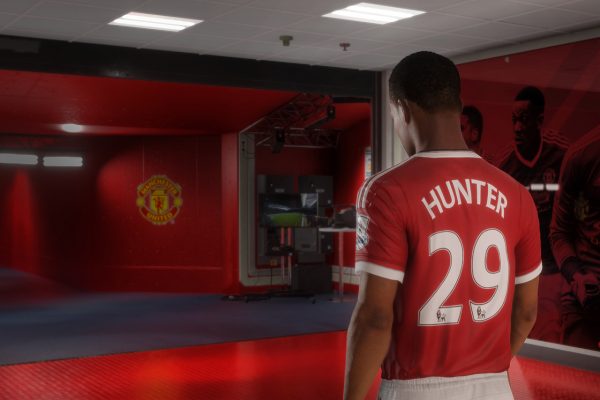 The best thing a sports franchise can do is take a risk. In the standard annualized cycle, sports games tout smaller improvements that can help the overall experience, but these bumps rarely wow the player. When the franchise does something truly unique (Madden’s Draft Champions mode, NHL’s on-ice trainer, etc.), it can really propel the series forward in a way simple gameplay tweaks cannot. Even altering an existing mode can help a series, which is exactly the plan behind FIFA 17’s “The Journey.” Personal career modes have made franchises in the past, with MLB: The Show crafting out its popularity due in large part to its deep Be A Player option. All of this should set up FIFA 17 for success if developer EA Canada can turn The Journey into something new, unique, and most importantly, fun.

For the uninitiated, FIFA has featured a Be A Player career mode for some years now. You create your own footballer, perform practices to gain skill points, sign with different clubs, and rise through the ranks. While simple, FIFA’s Be A Player was one of the best on the market, mostly due to how enjoyable it is to play as one specific character on the pitch.  This go around,  EA Canada have flipped the entire mode on its head. Instead, you get a taste of someone else’s story. That someone else being Alex Hunter, a fictional English footballer.

Once you launch The Journey, you are introduced to Hunter by watching him play football at a very young age, all while his parents argue on the sidelines. You then setup for a possible game-winning penalty kick as your father walks away. Hunter’s struggle to reconnect with his father acts as just one of the many story beats in FIFA 17 with the other major one involving a rivalry with your childhood best friend. These narratives are pretty generic in their storytelling, but the novelty of their existence is enough to keep the player interested.

The performances given are all solid, and succeed in making sure the mode doesn’t feel like a cheap add-on. The place where The Journey succeeds the most is within its spotless presentation. There’s a level of direction that really excels and helps the player actually follow along with Hunter’s story. Sports franchises are so dead set on crafting your own personal story thro, The Journey does a great job of reminding everyone that following someone else’s adventure is equally, if not more, enjoyable.

That being said, there is a bit of bending out your path through dialogue choices and the ability to choose which club you play for.  When talking to the people around you, a dialogue wheel pops up and offers you three choices. The responses are fairly simplistic and can either be fiery, cool, or balanced. The fiery choices are more up-front, confident responses whereas the cool ones just try to avoid any sort of confrontation. The conversations you have seem pretty insignificant as the story goes on, though the game stresses using more fiery language will increase your fan appeal, whereas cool responses will make the manager like you more. This results in more money (ultimate team credit) earned or more playing time from your manager.

One of the issues that can arise throughout a career mode is that going from game to game and training daily can sometimes feel tedious. While the story arch crafted around The Journey helps alleviate part of that tire, the games you play in-between each story section get progressively more dull as the mode goes on. There were more than a few streaks of 0-0 games that made me feel like I was simply wasting my time away. There’s no option to simulate through games, which is an annoying omission. Despite its imperfections and oversights, The Journey is still one of the best career modes featured in a sports game. Its expert presentation, admirable performances, and decent writing combine to catch the player’s attention more so than watching your different attributes build up until you’re the best in the league.

On the pitch, play remains similar to experiences in the past. There’s a new “active intelligence” system that increases the AI of players not currently selected, having them jockey for position and do their best to get in formation. FIFA 17 also marks the first time EA is using the Frostbite technology in the series, and the visuals definitely receive a spike off the pitch, with long shots of the stadium looking gorgeous. The engine is featured more in The Journey as it makes the cutscenes look exceptional, but the actual on-pitch visuals look very similar to year’s past.

Possibly the first franchise to make popular the Ultimate Team mode, FIFA 17 continues to have one of the most unique card-focused experiences on the market. The most interesting new addition is Squad Challenges, which allows you to earn rewards through building varied squads through the starting XI. One challenge is to build a squad with two different nationalities, all while maintaining a chemistry higher than 60. Once you submit that group, you receive your rewards and go about  your business. It’s a smart little change that utilizes the varied lineups possible in FIFA games.

It’s clear EA put a lot of time into The Journey, and it mostly paid off. If you’re heading into FIFA 17 hoping to find the gameplay different than in years past, you will be sorely disappointed. But if you embrace The Journey and want to dig into a decent story, FIFA 17 is right up your alley. The smaller additions alongside The Journey are welcome and successful, but still miniscule. Putting all your eggs into one basket can be dangerous, but it resulted in a pretty unique experience with FIFA 17.

If you’ve enjoyed the FIFA franchise up to this point, you won’t be disappointed in FIFA 17. The Journey is a smart addition, though it can be a little tedious at times, top-notch presentation and decent performances make the tedium tolerable. The actual gameplay is still enjoyable, but mostly unchanged from previous iterations. FIFA continues to be a solid sports franchise, and The Journey is an interesting experiment thrown into the mix.

If you've enjoyed the FIFA franchise up to this point, you won't be disappointed in FIFA 17. The Journey is a smart addition, though it can be a little tedious at times, top-notch presentation and decent performances make the tedium tolerable. The actual gameplay is still enjoyable, but mostly unchanged from previous iterations. FIFA continues to be a solid sports franchise, and The Journey is an interesting experiment thrown into the mix.