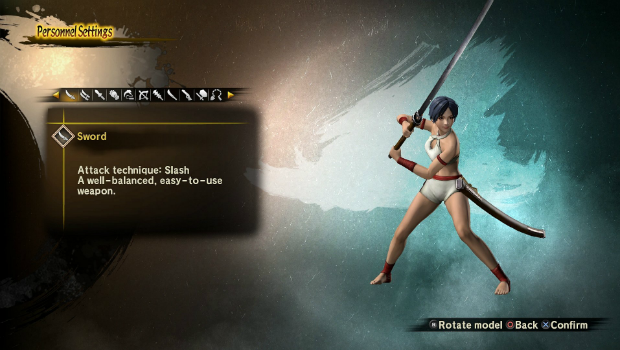 Is there any more profound state of being than “hit and miss?” To not be terrible, but not great either, a dualistic order within which you can find almost the entirety of life. So much of video gaming is based on this status of being as well. You either strike the enemy, or you do not. You either fly Superman through the rings, or you do not. One or the other, the great river of gaming flows onward forevermore unimpeded.

In the ephemeral haze of the moment lies Toukiden 2, an action RPG centered around Japanese lore and mysticism. Like a gray pebble on the gaming riverbed, Toukiden 2 feels more polished by time than precision, and carries the imperfections of this throughout.

You’ll get the honor of creating your character including his or her look. This character is a recent amnesiac, who can recall their ability as a demon slayer but little else. A battle with a large and powerful demon ends in a draw, seemingly, but a larger dragon demon appears and wipes out everyone at once. You are whisked away into the afterlife, in a village on a mountain where the inhabitants there need your help as much as you need theirs.

Toukiden 2 is an open world adventure, and the map is deceptively large. You’ll find it can be easy to get lost, but there is a lot of space to roam and explore as well. In the world outside of towns or other structures you’ll find deadly Oni roaming about, as well as townsfolk and resources you’ll need for item creation.

Movement in the game, however, is a highly flawed endeavor. You glide with such grace that it feels like the character is on ice. Sprinting is fun, but hard to control. Furthermore you have to come to a complete stop from a sprint before you can attack. Most of the time you’ll go flying right past the enemies. It can be controlled, but sometimes the game still has a mind of it’s own when it comes to movement.

Fighting is mostly positive. You can select between several styles of weaponry, and switch them up each time you return home at your leisure. If you find a longsword doesn’t hit well, simply switch the weapons until you find one you enjoy. This reminds me of Secret of Mana’s weapon system, complete with increasingly effective weapons becoming available in each style.

The fighting itself is fairly smooth and easy to learn. The character has three attacks as well as 4 special abilities based on the current soul, or “Mitama” inhabiting their body. Battles against larger enemies forces you to focus on specific body parts to weaken, then allowing for fatal blows. You start alone, but soon gain companions that make the job easier, almost like a group in an MMORPG. There is a lot to enjoy with the fighting throughout and it gets better as you progress.

That said, a feature called “Demon Hand” that is a sort of grappling hook/cannon shot is incredibly wonky and unwieldy which makes what should be a very useful inclusion into a hindrance. The game also makes you do a purification ritual (by pressing R1) after each kill to fully eliminate enemies. It is cool the first few times, but gets old really fast.

Visually, Toukiden 2 is a mixed bag. There is a lot of beauty in the scenery, but the character models are of less than desirable quality and there are a lot of clipping issues. The cutscenes are magnificent, with full animation in excellent detail. I did not care for the music in the game personally, a sort of chopped up Japanese traditional music that fits the tone but didn’t fit my fancy.

Strangely, one of the game’s best qualities is the menu system. The menus can be viewed and fully navigated as you still actively move about the world. It makes using the menu tough but fair when in battle, and it also eliminates going back and forth when turning in quests or checking certain parameters for them. There is a true pause option, but you are unable to do anything at all while paused.

The character creation bit at the first of the game gives you a fairly decent amount of control, and I liked that I had an idea in mind for a sort of “Black Metal” looking fellow and was able to get mostly what I wanted. With the character creation and the large repertoire of weapon styles, Toukiden 2 will provide each player with their own fairly unique experience as they play through the game.

Not unlike the gray pebble on the bed of gaming’s great river, Toukiden 2 does nothing to harm or hinder the flow, but does nothing special to draw anyone in either. Action RPG first and prototype ice skating hack and slash second, Toukiden 2 is as worthy of a look as it is a pass.

Patrick Rost has been with Gaming Trend since 2013. At first focused on sports coverage, Patrick has gone on to cover a wide range of games and other products for the website. Outside of Gaming Trend, Patrick writes and records music, grinds perpetually in Elder Scrolls Online (PS4), and lives day to day with his two dogs, Bob and Stella.
Related Articles: Toukiden 2
Share
Tweet
Share
Submit