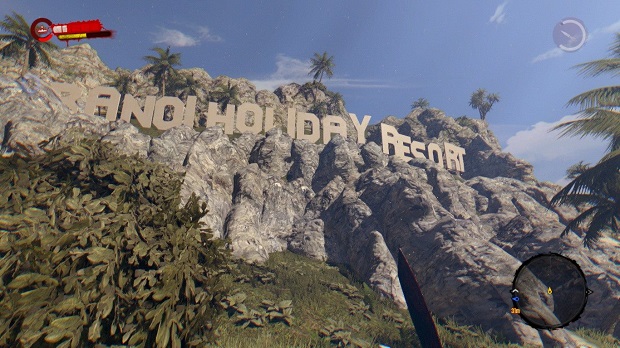 Zombie games are what I would consider my bread and butter. They don’t have to be flawless creations, but if they have an interesting story and decent weapon variety, I’ll play them and have fun with them. I would say I have a soft spot for the Dead Island series in particular, so I jumped at the chance to review the new definitive collection. Unfortunately, either I’m remembering my time with the original game through rose-colored glasses, or the definitive edition is a bit of a letdown.

Dead Island Definitive Edition promises a fully remastered game, complete with all previously released DLC and patches. This means the Ryder White campaign is unlocked from the beginning, and a special mod called One Punch Mode with insanely aggressive hits and kicks is also available. The improved graphics include higher quality character models and a photorealistic lighting system. As a result, humans and zombies alike look a lot better.

While this game is truly gorgeous, there seem to be just as many graphical glitches as in the original, if not more. Instead of snapping screenshots of the beauty around me, I found myself taking them of everything that was wrong: blood spurting in nonsensical directions, severed heads floating mid-air, and zombies staring at me blankly.

I thought the AI was disappointing, especially for the Infected. Those yowling terrors used to strike fear into my heart, but Dead Island Definitive turned them into a joke. Instead of bounding straight toward me and bashing my face in, they’re content to run in circles and get stuck in objects – wooden walls, boulders, flower bushes, or whatever else is close.

In terms of the hordes you encounter, the number of Thugs and Suiciders on the map seems to have been increased. Even the tiniest of side quests require you to take down a roaring Thug. Floaters only spit slime on you half the time, and often running past a Suicider isn’t enough to trigger its self-destruction like it used to be.

The weather effects aren’t perfectly executed, with areas switching from rain to sunshine with the briefest of transitions, but overall the environments are immersive and detailed, illuminated dust motes hanging in the air. You may notice some slight color changes were made to minimap icons and stamina bars, and dialogue text has been slightly polished.

However, doors still open toward you at times, the animation during dialogue often gets out of sync with the audio, and once I even encountered an invisible wall that prevented me from leaving an area. The Ryder White campaign is just as subtly troublesome. Explosives have no effect on human enemies, for whatever reason, and the text from listening to audio recordings takes a long time to fade away. But at least they fixed the bug where your weapon would unequip after eating a snack, am I right?

Dead Island Definitive has the exact same achievements as the original, with a few tacked on for the new arena mode. This mode is for those who want to test their survival skills, knocking down wave after wave of undead. There are four difficulties to choose from: Easy, Moderate, Hard, and Very Hard. The arenas feature a workbench where you can repair your weapons, and occasionally zombies will drop medkits or energy drinks, but otherwise you’re left with what you have on hand. You’re able to access this new mode after completing the prologue and reaching the lifeguard tower, and it can only be entered alone – no multiplayer fun to be found here.

For me, the main draw of Dead Island has always been the quests. Those, of course, remain unchanged. Jin and her father’s story makes me emotional without fail, as does returning to the City Hall to find that zombies overtook the building. The quests are the heart of the game, from the main storyline to the random side quests you stumble upon when breaking into bungalows, and they’re what kept me going through this mixed bag of a journey.

Though the visuals sparkle and small improvements have been made, overall Dead Island Definitive Edition isn’t different enough from the original to be worth a purchase. In fact, it seems worse in some ways. Only give it a buy if the arena mode sounds appealing, or if you want to show off how powerful your new graphics card is.

Sarah Marchant is an office admin for a nerdy t-shirt company. She has a soft spot for indie games, a passion for story-driven titles, and a weakness for cooking games and anything with zombies.
Related Articles: Dead Island Definitive Edition
Share
Tweet
Share
Submit