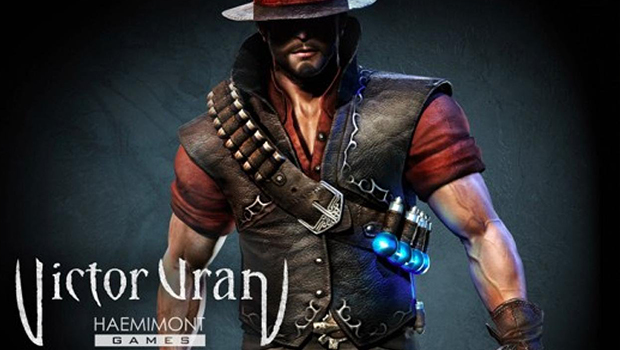 Action RPG’s are getting big again with the likes of Diablo 3, Grim Dawn, Path of Exile, and more. Victor Vran looks to cash in on this, while doing some unique things that make it stand on its own. Its core gameplay is solid and it has a ton of content which will last a player days, but the biggest question is if it can compete with the big names in the genre.

Victor Vran’s story is okay at best. It doesn’t really have more than “go here, do this, and return to the hub.” Unfortunately nothing seems to really stick out and the plot is pretty run-of-the-mill, but thankfully the story does not effect the monster slaying. The story is nothing more than a way to give context to why you are hunting monsters. Although I was bored with the story and lore through the games campaign it didn’t seem to change how much fun I ended up having thanks to the action and combat.

The combat in Victor Vran is solid and very well done. One unique part of it is that you play solely as Victor Vran, who is a demon hunter. There are no real classes, and how you play is based on your weapons more so than class abilities or powers. Each weapon has one standard attack and two more powerful attacks on cooldown. You can also have two weapons equipped at one time and switch between them on the fly, and this is where Victor Vran shines. Having only a few attacks on cooldown but different weapon types that play extremely different allows great flexibility on how you play and how you choose to use your weapons together. Combos and synergizing become gratifying, and finding new combinations that work together for your playstyle makes the whole game a joy to play. Unlike its competition, Victor Vran also adds some mobility that has been lacking. For possibly the first time in a top-down ARPG that I have played, Victor Vran allows jumping and wall jumping, which is really only used to find hidden areas. It also includes dodge rolls and the ability to move the camera with the character around the landscape versus a static view like Diablo. This is a setup that  I found to be much more engaging, but it did take a lot of getting used to after playing Diablo for so long. It almost feels like it has third-person controls within a hack-and-slash game. It somehow works, although there are times it feels off and it takes getting back on track.

There are also a few other factors at play when slaying monsters. There are Destiny Cards that give specific abilities such as adding more health, doing more critical damage, or making enemies explode on overkills. These cards really help shape what playstyle you use and enhance how you play. Then there are demon powers which, later in the game, you can choose up to two. These consist of healing auras, earthquake attacks, fireballs, and many others. You have to kill monsters and demons to fill up your overkill meter to unleash these attacks, but they can do massive damage or get you out of a tight spot. One of the highlights of Victor Vran are the Destiny Cards and demon powers because they are a way to shape your character and mold them to play how you want them to. It works as a temporary class change that enables you to make a hard-hitting, high damage, but fragile character, or a slow tank-like play style.

The world is set in different “instances” that you can teleport to through the hub. Although not open-world, I discovered that each place felt unique and different, offering plenty of things to do. Each area has five challenges that reward things like chests, experience, and gold. None of these are required to move on but the bonuses are nice and allow replayability through each area. My biggest complaint with this, however, is once you get all the bonuses and complete whatever story missions there are, there is little reason to revisit these places and I wished there were more. Each place is set up nicely with a great design. Nothing feels out of place and it all works cohesively to make the world of Victor Vran feel vibrant and alive. The hub is another great place that is colorful, if not somewhat pointless. Much like the towns in Diablo, all of the vendors and such are there waiting to be traded with in the hub, but other than that and the ability to teleport, there isn’t anything to really do in the hub.

The graphics in Victor Vran, although not groundbreaking, are well done and work well within the game. The visuals are colorful and full of life, with a slight cartoon-like accent that creates not only a beautiful world, but one that is easy to tell what is going on in a battle with effects and attacks going off. Also, the attacks, auras, and special effects look especially nice and give the sense that Victor Vran is a powerful demon hunter. The sound effects are also well done and really add to the world by adding great atmosphere. the “clinks” of bladed weapons and the boom of shotguns really help add to the action, and make the anarchy of battle seem filled-in and brutal. The soundtrack is also well done, and helps add atmosphere to the world.

In the end, Victor Vran is a great action RPG that should be considered. It is not the best out there currently but it is has unique aspects and contains hours of fun.

Growing up in a small Colorado town, Bryan has always had plenty of time to play games. PC is his first choice of tech followed by the PS4. Graduating at 16 Bryan knew he wanted to be a writer and wanted to combine his love of games into that and found Gaming Trend in 2012 where he quickly became a member and started writing for them as soon as he could. He is still at Gaming Trend, but now has 2 kids, a puppy, and a lot less time to play the games he loves, but he always finds a way to get back into gaming.
Related Articles: Victor Vran
Share
Tweet
Share
Submit