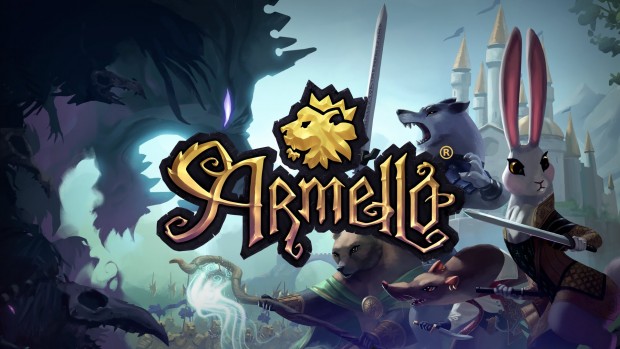 I remember the joy, confusion and irritation of playing Monopoly as a young child. Despite the nebulous and convoluted interpretation of rules that kids play by, each game usually featured players secretly formulating their own strategies, trying to adapt to a changing board until an abrupt moment when a critical realization occurs: you just can’t win.

Armello evokes a lot of those same themes. It’s challenging and plenty of fun once you get the hang of it, but it is filled with those uncontrollable moments that completely dismantle your chances of victory in a flash. Ultimately, this is a game that provides rewarding entertainment through deep mechanics, but is also prone to being frustratingly random at the same time.

Armello presents a charming backdrop to a tabletop-like gameplay formula. The plot revolves around the Kingdom of Armello, a land inhabited by various animal races that live in a time of cautious peace with one another. After the king becomes infected by a type of dark magic known as the Rot, the various clans set out to try and save the land by taking the throne themselves. Essentially a fight for power, Armello’s Game of Thrones-meets-Kung Fu Panda theme has just as many lighthearted moments as it does acts of betrayal.

On its surface, Armello is like a board game with RPG elements. Four players, each with their own character-specific stats, move their heroes around the board. Along the way, players are encouraged to complete quests that can raise their stats or provide them with cards that can give them a strategic advantage. Players will often work together to achieve mutual goals as well, albeit with the knowledge that betrayal is likely to follow — a mechanic that raises the stakes and causes some fun moments of tension when playing online with friends. Coming up with a plan in advance is key to victory, as eventually you will need to outmaneuver the other players and challenge the king himself.

Players move around a hexagonal grid and complete quests.

Taking the crown can be done in several ways, with your player stats and luck on the board usually dictating which strategy is best at a given time. The first and most straightforward method involves general combat. Players hoping to achieve a combat victory will rely on building their attack and health points until they are strong enough to challenge the king in battle. The opposite of this is known as a Spirit Stone victory. This strategy involves collecting magical artifacts around the map, usually through questing, and acquiring enough to cleanse the king of his dark force, banishing him from the kingdom without any combat encounter. Players can also achieve a political victory, wherein they try to earn as much prestige as possible. Going on quests and defeating other players rewards prestige points that earn political favor with the king. A strategy that involves waiting it out until the Rot destroys the king, the prestige leader takes the crown at the end of the game if no one defeats the king first. Lastly, players can also harness the Rot themselves through trickery cards or by fighting Rot-corrupted monsters around the board. As a form of dark magic, the Rot can give players access to special abilities at the cost of other stats like health or magic. Because acquiring Rot usually conflicts with every other strategy, it is generally unwise to seek it out, unless a player intends to go all-in on it until their Rot value is higher than the king’s and can defeat him in battle.

You wouldn’t be wrong to feel like these rules can get complicated very quickly. Armello features huge levels of strategy and is often intimidating in how much it throws at you. The game begins with a handy tutorial that shows players the basics of gameplay, but even after this hour-long prologue, I still found myself lost. I did eventually get the gist of what my goals were, but your first few hours will most likely feel overwhelming with how much is going on. All of these rules and statistics ultimately build into a much larger experience that is both deep and rewarding, but comes with a steep learning curve.

Players are encouraged to play the game the way they want and make their own strategies, but even with the best of plans, it is not uncommon to fall victim to bad luck that topples their entire goal. Despite Armello’s deep strategical gameplay, there are still loads of random elements, like dice rolls or the cards that are dealt, that are beyond player control. It often felt like I was only able to influence the gameplay, rather than control it outright, due to the commonality of poor luck I had no control over.

The Rot threatens the entire land.

The balancing could use some work as well. As far as moment-to-moment gameplay goes, when playing with AI opponents, it felt like the difficulty was usually stacked against me. Enemy players consistently seemed like they were out to get me more so than the other AI players. It was not uncommon for opponents to play several detrimental cards on me at a time, and even at the beginning of the game, before any probable frontrunner could be ascertained. This seemingly-cheap AI often compounds with the random elements to create an experience where every match feels like an uphill battle to catch up. Further creating balancing difficulties, the win conditions felt heavily uneven. Approximately two-thirds of the games that I played ended with a prestige victory wherein no one was able to achieve another victory type within the time limit. I admittedly won a single match through combat victory, but with the commonality of prestige victories and reliance on the game’s random luck necessary for Rot and Spirit Stone victories, I found myself veering towards prestige in most matches. These balancing issues are a shame, given how intricate Armello’s focus on strategy can be.

Armello’s greatest strength, though, lies with its presentation. The game features beautiful artwork, brightly colored with great cartoonish animations that bring life to the quests, combat, and themes. The visuals during moment-to-moment gameplay around the board are slightly less vibrant, but made any encounters a joy to behold. Complementing the beautiful aesthetic is a fun level of detail and lore scattered throughout the game. Many of the quests and cards provide detail on the happenings in the land of Armello, providing life and backstory to each of the game’s otherwise mundane tasks. However, Armello’s attempt at livening up the story is often hampered by text that is incredibly tiny. This is not such a big deal in some cases, where you’ll earn the rewards of quest regardless of whether you can read the details of its happy ending, but becomes much more of a nuisance when the effects of a card can’t even be read without squinting. It’s mostly just an annoyance, but unfortunately lessens what is otherwise a charming and imaginative presentation.

For a digital fantasy tabletop game, Armello does a lot of things right. Its deep mechanics and beautiful animations weave together to form an impressive presentation. However, its reliance on random elements and issues of balancing hamper the experience some. Underneath the steep learning curve and often-frustrating mechanics, though, lies a game with a great level of strategy and a huge amount of charm. Armello is both fun and rewarding, but is best played with patience.

Armello presents an imaginative backdrop to a fantasy board game with deep mechanics. The steep learning curve and balancing issues may put off some players, but those who put in the time will be rewarded the most.

Gaming Trend's resident amiibo collector, Matt's a lifelong gamer with a soft spot for Nintendo. As a new father, Matt often struggles to stay as involved as he has been in years past but can always be counted on to come back for some engaging geeky conversations. A resident of Philadelphia, he is currently working on building up his Man Cave with all things Marvel, Star Wars, and Video Games. As an old-school gamer, Matt firmly stands by his belief that gameplay will always be more appealing than story.
Related Articles: Armello
Share
Tweet
Share
Submit