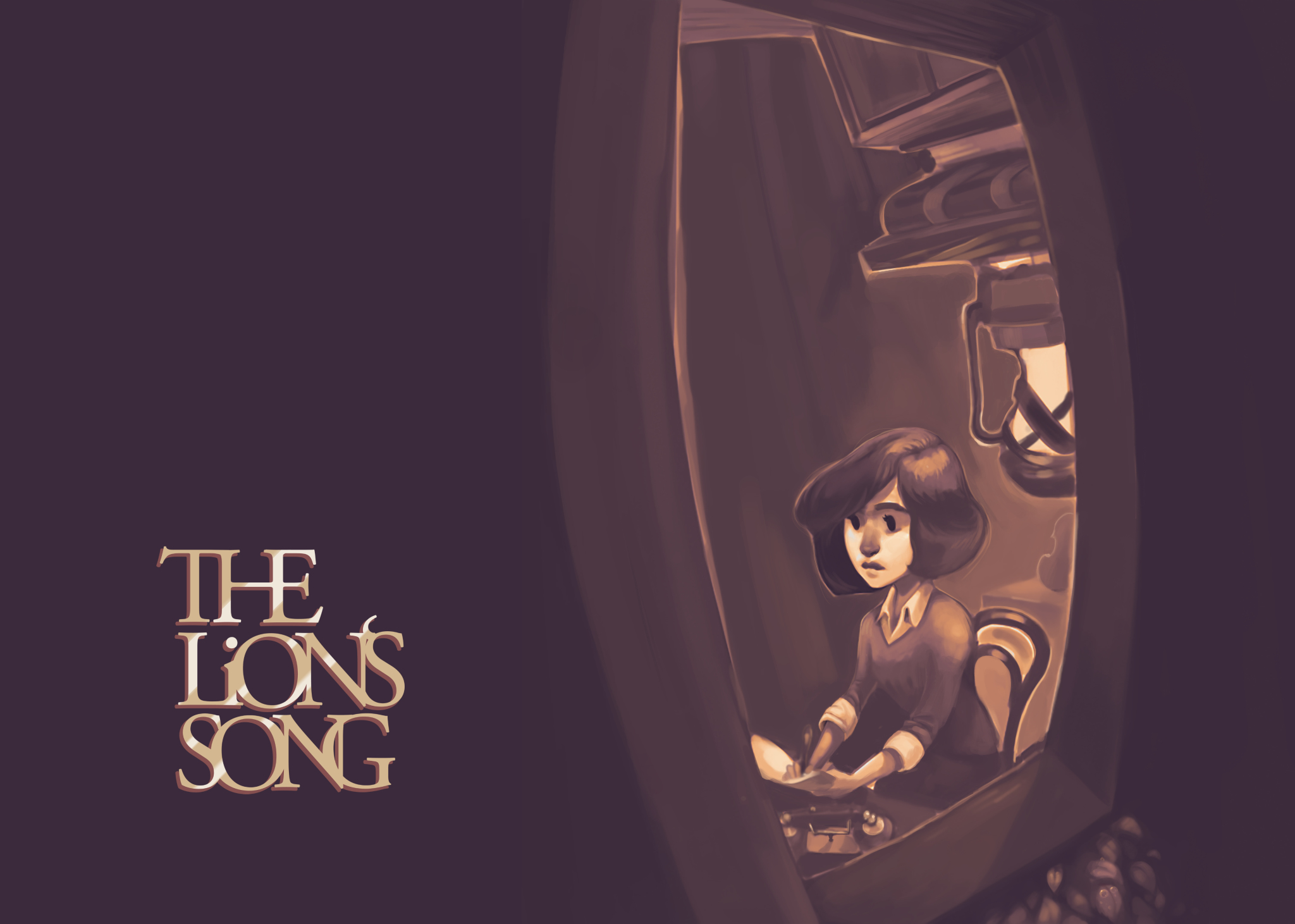 There is no doubt that Vienna, Austria had an incredible art scene in the beginning of the 20th century. Artists such as Gustav Klimt had a lasting impact and helped cultivate long-lasting inspiration for artists for generations. The Lion’s Song references this incredible scene as it uses Vienna as a centerpiece to create a four episode masterpiece.

Each episode of The Lion’s Song contains a different protagonist (in one case, a group) with their own struggle. In the first episode, Silence, you play as Wilma, a young composer studying under her mentor. During the course of the episode, she spends her time in isolation as she has to find inspiration for a composition to perform in just one week.

The controls of The Lion’s Song are similar to old Sierra point-and-click adventure games. You have your character on the screen and you click various interesting objects, or people, for your character to interact with them. While you’re Wilma, you hear various sounds that prevent you from concentrating. If you can figure out what objects in your small cabin are making the noises, Wilma tunes them out, sometimes noticing a rhythm to them.

Episode 1 does a great job at making you feel secluded from everything else. The phone will ring occasionally, but your conversations feel like a discussion between two people alone rather than a reconnection to a hectic, and often busy, society. The only music you hear during episode 1 is the music that Wilma herself thinks of while she is writing down her compositions.

What I noticed immediately in The Lion’s Song is how unique its artstyle and attention to detail is. The Lion’s Song uses sprites reminiscent of older PC games, but in a sepia tone; this helps reinforce that feeling that we are looking back at the early 1900s. The Lion’s Song also uses subtle animation to give the characters emotion. When Wilma reads the letter that requires her to write a composition in a week, her chest begins to rise and fall. In addition, you hear a heartbeat. Wilma is terrified.

As I mentioned before, The Lion’s Song is not just Wilma’s story. In episode 2, Anthology, you are not a composer, but a painter. Franz has been, with the help of Gustav Klimt, exhibiting his paintings to the high society of Vienna. However, Franz has the ability to see the “true selves” of a person, and thus can paint a portrait of them highlighting these characteristics. There is a deal of choice involved, as you are often choosing between two different subjects, and then choosing what questions to ask them while you are painting them. You can choose these questions incorrectly, of course. And when you choose wrong, you’ll know it; your subject will leave with your painting incomplete, changing how other characters will react to the painting.

Fortunately, The Lion’s Song makes it incredibly easy to see the outcomes of other choices. At the end of each episode, you are given a list of the choices you made and what percentage of people also made that choice. For some of these choices, there is a button that puts you immediately where that choice could be made. This allows you to explore every inch of an episode at ease, and it is a welcome addition to the point-and-click genre.

Episode 3, Derivation, covers a different kind of art: mathematics. This time, you play as Emma Rescnerik, a phenomenal mathematician working on a new theory while overcoming one disadvantage within her society: she is a woman. As you enter the Radius, a place for other brilliant mathematicians to meet, you are mocked and laughed at, forced to leave and think of a new approach to get them to listen to you. While this episode is slower paced than the previous one, it has the best climax of the entire season.

Finally, Episode 4, Closure, gives you an entirely different look at the first three episodes. The final episode has you sitting in a cabin with three other men as you head towards an unspoken initially destination. Each character in the cabin has a story to tell, each relating to one of the three previous protagonists. Rather than a conclusion to The Lion’s Song, Closure feels more like an epilogue. Each of the characters’ recollections takes place after the events of the first three episodes and shows you how they are getting along while giving you a brief narrative surrounding them. For example, one of the stories is through the eyes of a forger that focuses on selling forgeries of Franz’s portraits to unsuspecting tourists. These stories are nice and give the world that Mi’pu’mi Games has created more depth.

While each episode is self-sufficient in its own story, characters and references will connect between episodes, building a more dynamic world. For example, during Franz’s exhibition, there is a phonograph playing the song that Wilma composed in the first episode. A character you run into as Emily is the focus of a story in Closure. These little touches help make everything connected and give you the sense that The Lion’s Song is a full game and not just four disconnected pieces.

However, each episode of the game is short. I completed each of them within 1-2 hours, but that didn’t count going back to see what other options were available. Since the entire season is $10, this is a fair price for a few brief beautiful narratives. An issue I had with this game, however, is the snail’s pace characters move around, especially on the overworld map. While there are secrets to find on the overworld such as additional information on Vienna, it’s often a slog waiting for your character to move from one place to the next.

If being able to easily go back to make different choices wasn’t enough for you, each episode has a “Connections Gallery” that can be accessed upon completion. These galleries contain memorable moments and characters that offer supplemental information when you talk to them. Any loose threads are tied up in a way that can’t be done through natural story progression. This is the cherry on top of a sepia-toned masterpiece. If you have any doubt that The Lion’s Song isn’t worth looking into, the first episode is free and you can have a look for yourself.

Each episode of The Lion’s Song offers a beautiful narrative with pleasant (and sometimes not-so-pleasant) surprises. Its sepia-tone art style and use of sound design helps lay the groundwork for its Vienna setting that has you coming back to learn more about the world and characters that Mi’pu’mi Games has given us.

Sean Anthony likes to combine two of his passions: gaming and writing. Gaming has been a huge part of his life ever since he played his first game as a child, Kirby's Adventure. He aspires to have his name attached to an article that makes the whole world go, "Huh, that's neat, I guess."
Related Articles: The Lion's Song
Share
Tweet
Share
Submit