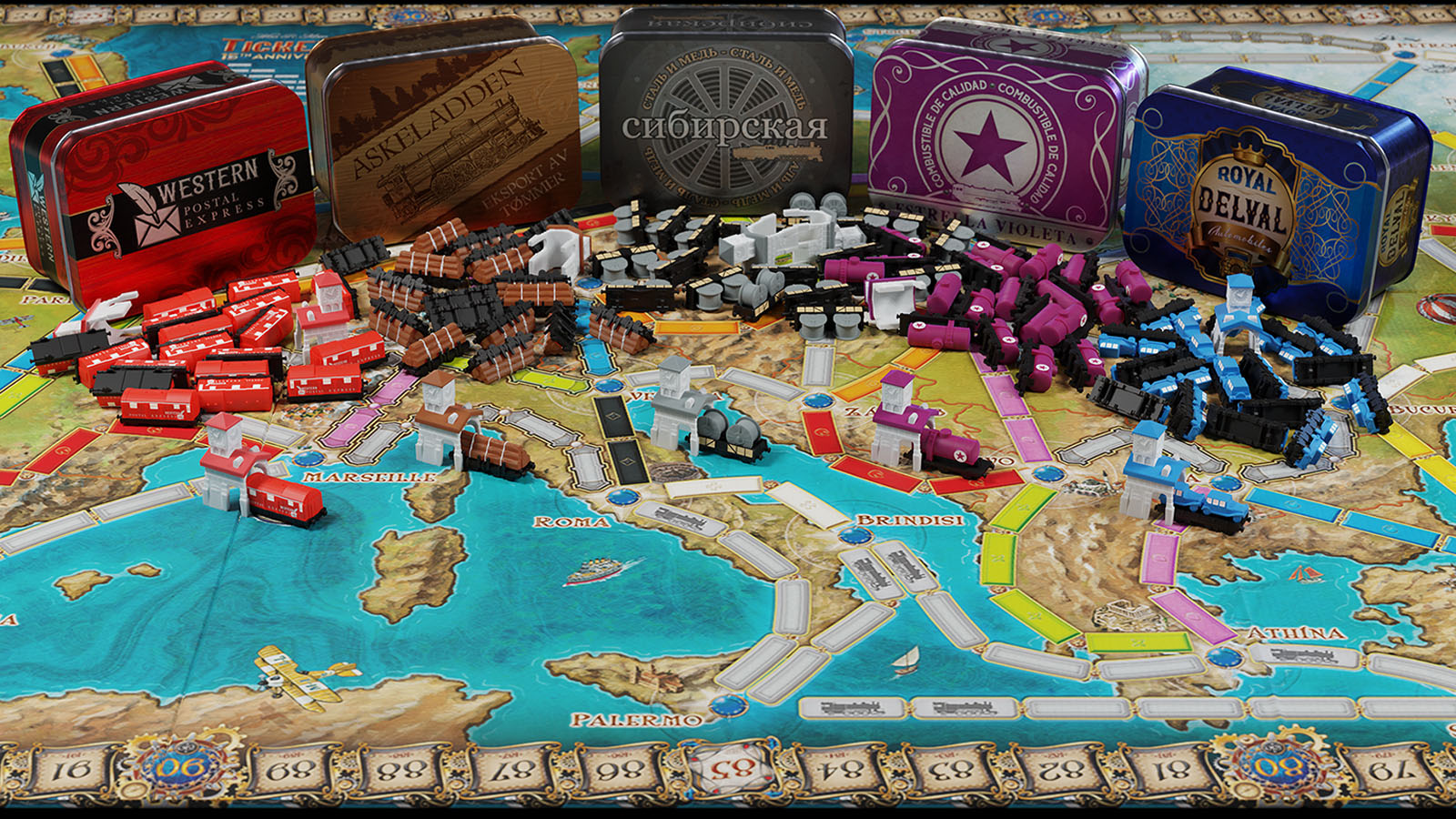 Asmodee and Days of Wonders are excited to announce the celebration of the 15th anniversary for Ticket To Ride Europe. This game took what many loved about the classic Ticket to Ride game and added some new complexities with ferries, tunnels, and stations. For many this is the game of the franchise they love most. This new 15th anniversary edition comes with beautifully upgraded components worthy of a collectors edition.

The Ticket to Ride franchise has become a cultural icon, with appearances on TV shows including Big Bang Theory, IT Crowd, and Blacklist. In addition to its TV spots, celebrities like Emmy Rossum, Jennifer Garner, and Will Wheaton, all play and enjoy the game.

Ticket to Ride can be enjoyed by new players and experts alike with its easy-to-learn strategic gameplay, making it a staple in family board game nights. As one of the world’s most popular and most critically acclaimed board games, the Ticket to Ride franchise has won more than 37 awards and accolades across all of its titles including a Game of the Year Award from Spiel des Jahres and the coveted As d’Or award from the Jeu de International Games Festival.

Ticket to Ride has been translated into 33 different languages and is distributed in more than 40 countries, making it an international phenomenon. Since Ticket to Ride made its debut in 2004, the game has expanded beyond the table and now has digital versions available on iOS, Android, PC, and home video game consoles. While families were quarantining in 2020, Asmodee added Ticket to Ride to its Print & Play library, allowing anyone with an internet connection to download and play the game free of charge.

Commemorating Ticket to Ride Europe’s 15th Anniversary milestone is a limited collector’s edition, offering the definitive board game experience for anyone looking to expand their catalogue. This deluxe package includes finely detailed trains and stations coming in gorgeous tin boxes and an enhanced game-board with beautiful artwork and expanded with all Destination Tickets designed to date. 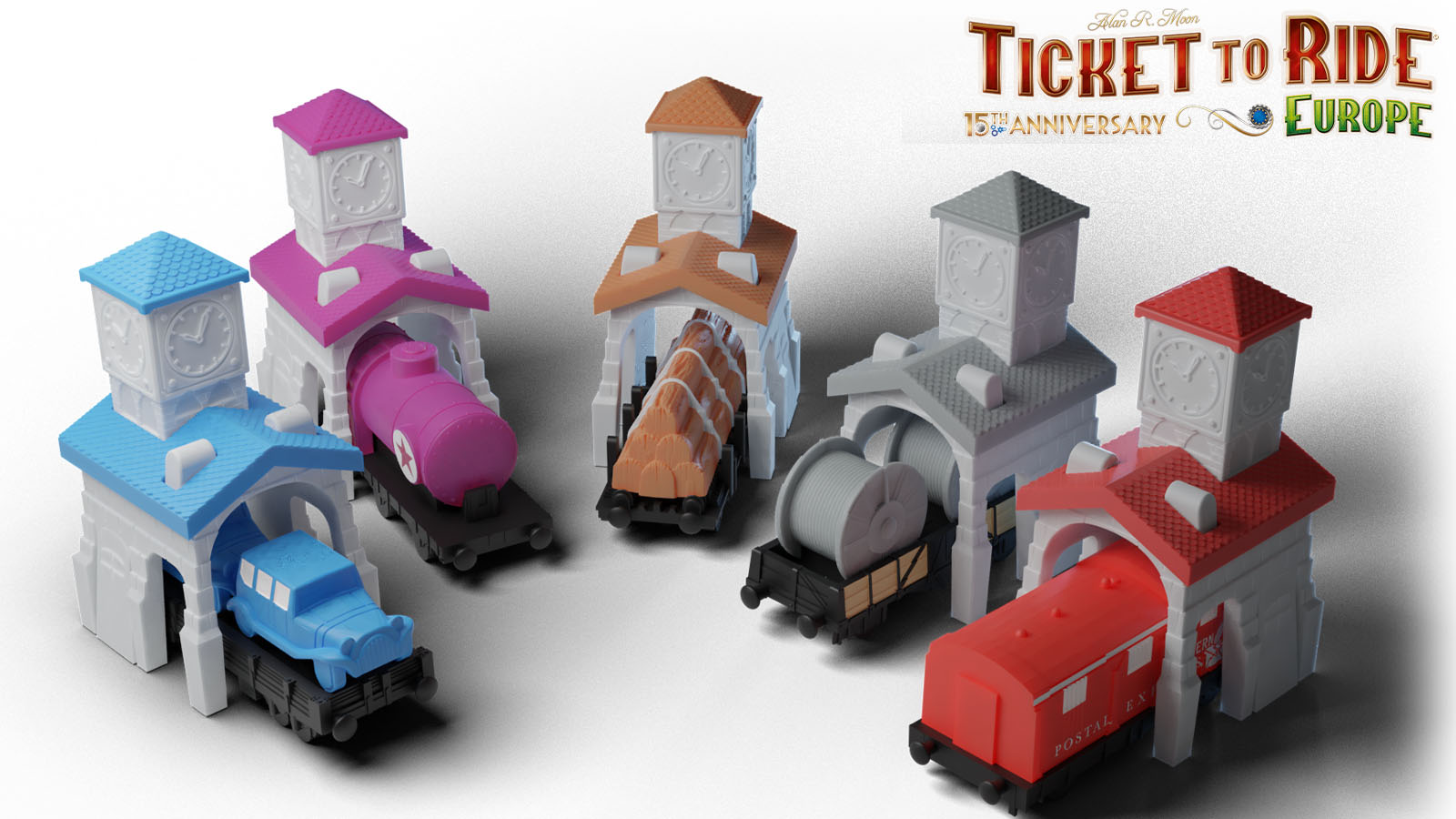 “Hard to believe it’s been 15 years. Ticket to Ride Europe still looks so fresh and young. But this version has bulked up a lot in both size and in tons of new tickets that create an infinite number of possible ways to play the game.” says Alan R. Moon, Designer of Ticket to Ride. “The new train cars and stations and the new art make the game look absolutely gorgeous when laid out on the table. Here is hoping you enjoy another 15 years of fun.”

If you don’t own a copy of this game, this is definitely the version to get. Stay tuned to Gaming Trend for all your tabletop news.