Every roguelike seems to have something that makes it stand out from the others. In Orbital Bullet’s case, its quirk is in the name. The entire game takes place on a 360 degree field with the player traversing around circular arenas and clearing enemies. Today, Orbital Bullet released the “Fresh Meat” update, adding more weapons, enemies and abilities into the mix. Watch the trailer for the new update, and check out some of the key features of today’s update:

This “Fresh Meat” update is part one of a four-part roadmap for big content drops. Content update 2, “Harvest Season,” is set to drop sometime in August, and should feature a new biome, new weapons, bosses, enemies, and abilities. As we get closer to the new drop, keep an eye out for more news on Orbital Bullet here at Gaming Trend. 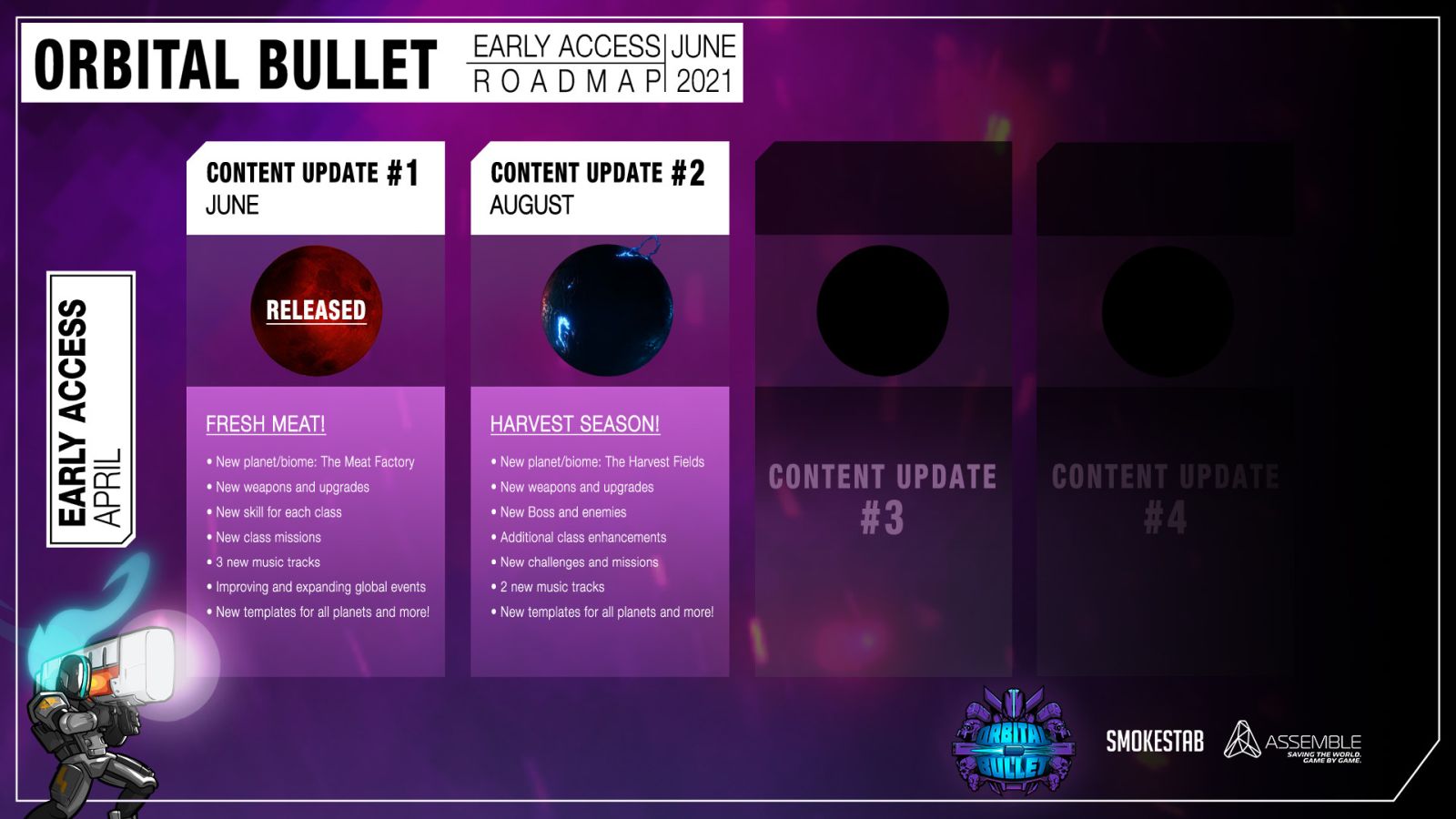 Orbital Bullet is published by Assemble Entertainment and developed by SmokeStab Studio, and it is available on Steam Early Access for $12.99.