Today, Microsoft announced that due to its acquisition of ZeniMax Media and Bethesda to the Xbox family, the Xbox Game Pass will make 20 of the developer’s most popular titles available starting tomorrow. From classic hits like Doom and Fallout New Vegas to recent titles like Wolfenstein Youngblood and… well, Doom (2016), Xbox gamers will have much more to play in the future.

You might be wondering what exactly that means for you as a gamer. Well, as we’ve said in the past, Xbox Game Pass is all about bringing you more great games to discover and play with your friends. Starting tomorrow, we continue that journey and celebrate welcoming Bethesda to Xbox by making 20 of Bethesda’s most iconic and award-winning games – including games from franchises like Dishonored, Doom, The Elder Scrolls, Fallout, and Wolfenstein – available to Xbox Game Pass members. What’s more, 16 of those titles will be available everywhere you play whether it’s PC, console, or mobile devices through the cloud for Xbox Game Pass Ultimate members.

The full list of games is below and we can’t wait to jump in and discover our next favorite game with players from around the world. A handful of these games will also benefit from FPS Boost on Xbox Series X|S, and we’ll have more to share on that soon.

We invite you to play these iconic games, whether it’s the first time or a revisit to these beloved worlds. As for what’s next, the teams across Bethesda are hard at work and will have more to share later this year. 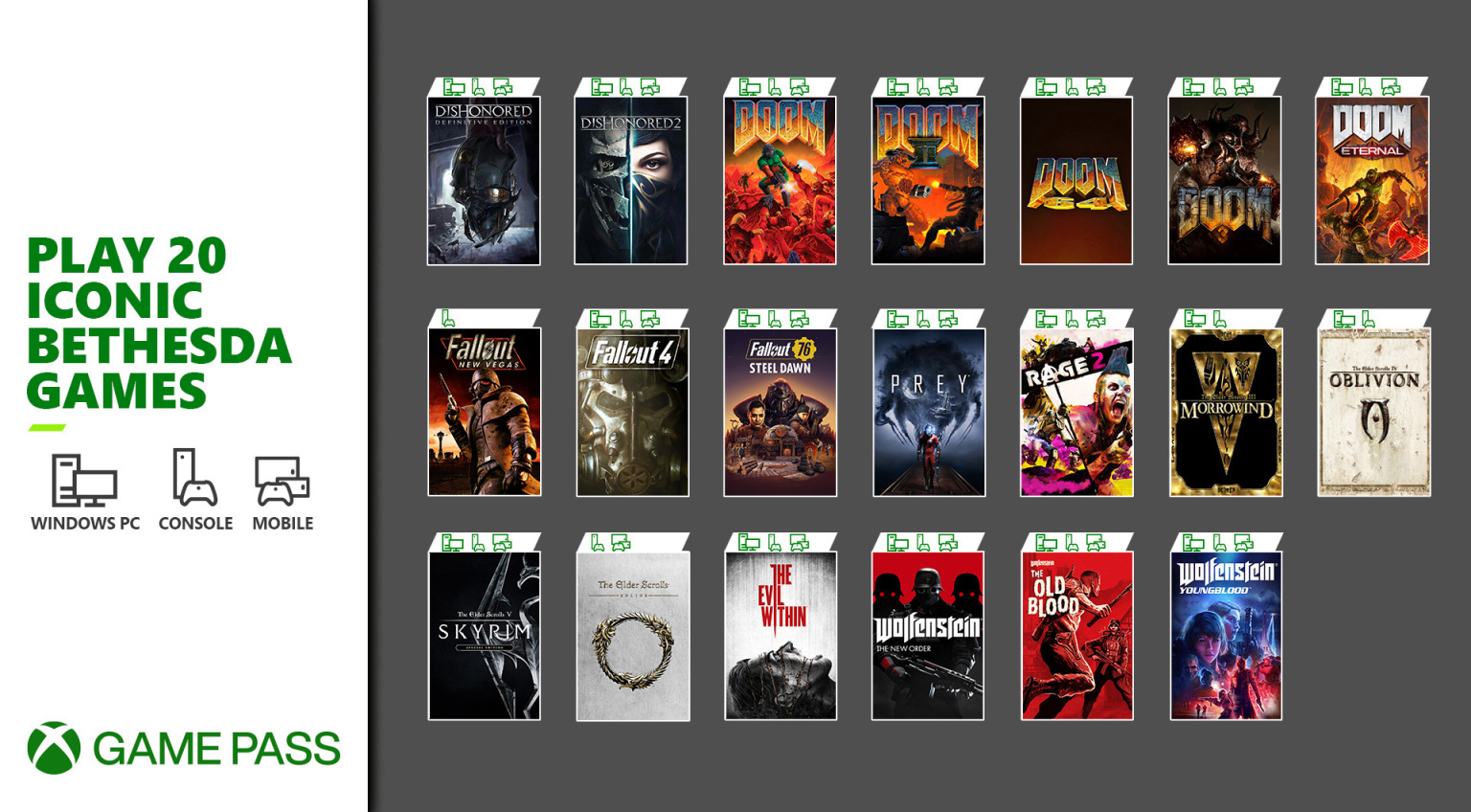