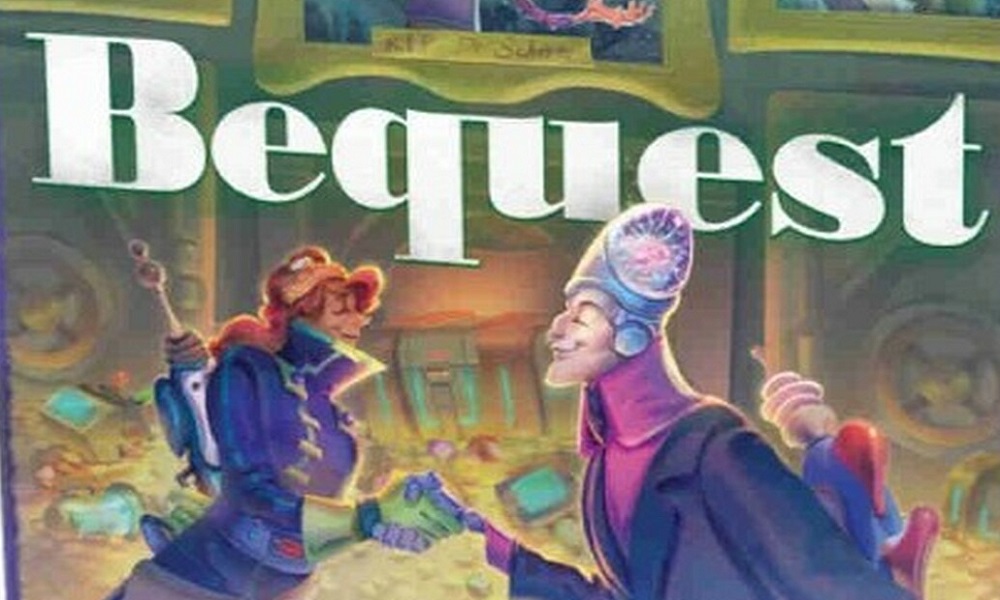 Have you ever wondered what happens to the Supervillain’s possessions after they are defeated? The answer is utter chaos according to Wizkids’ upcoming board game Bequest! 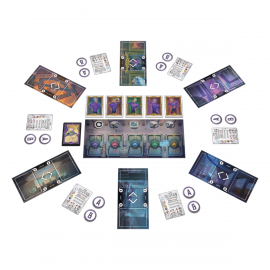 In this super-genius mix of drafting, set-collection, and I Cut-You Choose mechanics, players will divide up the assets of the recently-departed Dr. Schism, a legendary supervillain who has left his estate to whichever of his minions can prove themselves a worthy heir to his legacy! The game consists of 5 rounds, during which players will strategically split Dr. Schism’s fortune with the villains on either side of them. Each round, players draw 5 Asset cards and simultaneously divide them into two groups, placed facedown in front of them. They will then select one of the two groups of cards that were split by their neighbor, and once everyone has decided, their decisions will be simultaneously revealed, and players take the cards they selected, along with the cards their neighbor did not choose. Next, certain players will draft ‘Special’ cards from the center of the table. These cards can have different effects, such as being worth more (or less) if players have more than one of them, or unique abilities that affect other cards. The player with the most money after 5 rounds is the winner!

You won’t have to wait long to see who seizes the day to become the next supervillain because Bequest is available now for pre-order. For more involving all your gaming news, stay here on Gaming Trend.