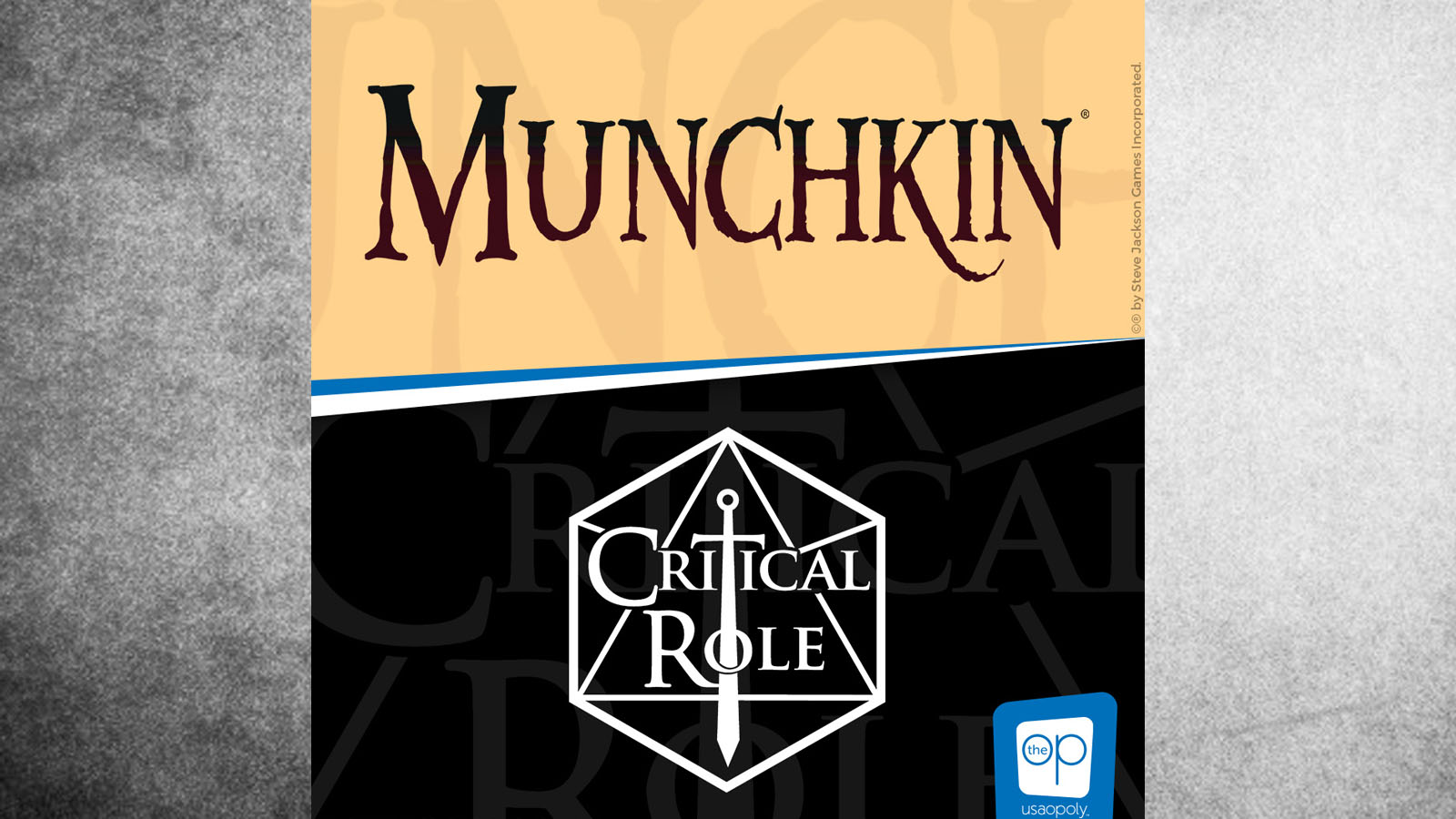 Today Usaopoly (The Op) announced that they have reached an agreement to combine Critical Role, a leading story and world-building digital brand with Steve Jackson Game’s Munchkin. This game will be available in the fall and will retail for $24.99.

“We’re thrilled to see the world and characters of the Mighty Nein come to life in card game form with Munchkin, and we can’t wait to share it with the Critters. We wouldn’t be here today without them,” said Ben Van Der Fluit, Vice President of Business Development for Critical Role.

The collaboration looks to inspire Critters (Critical Role fans) and longtime Munchkin fans to continue kicking open doors and battling monsters. It is the latest product of the longstanding partnership between The Op and Steve Jackson Games.

“Fast-playing and silly, Munchkin appeals to a very wide audience,” says Phil Reed, CEO of Steve Jackson Games. Munchkin launched nearly 20 years ago and claims a prestigious Origins Award for Best Traditional Card Gamebel. “In this version of Munchkin, fans will compete to grab magic and kill monsters specific to Critical Role, such as Lorenzo and Avantika.”

“We couldn’t be more excited to release this game to fans of Critical Role and Munchkin and meet an ever-growing demand for both franchises,” says Heather Campbell, Vice President of Sales at The Op. The game will be available this fall in North America, the UK, Australia and New Zealand in specialty stores with a $24.99 MSRP. Two 1,000-piece Critical Role jigsaw puzzles will also roll out this year, each with a $14.99 MSRP.

This was an announcement that not many were anticipating but for fans this should add even more fun to the games. Stay tuned to Gaming Trend for all your tabletop news.