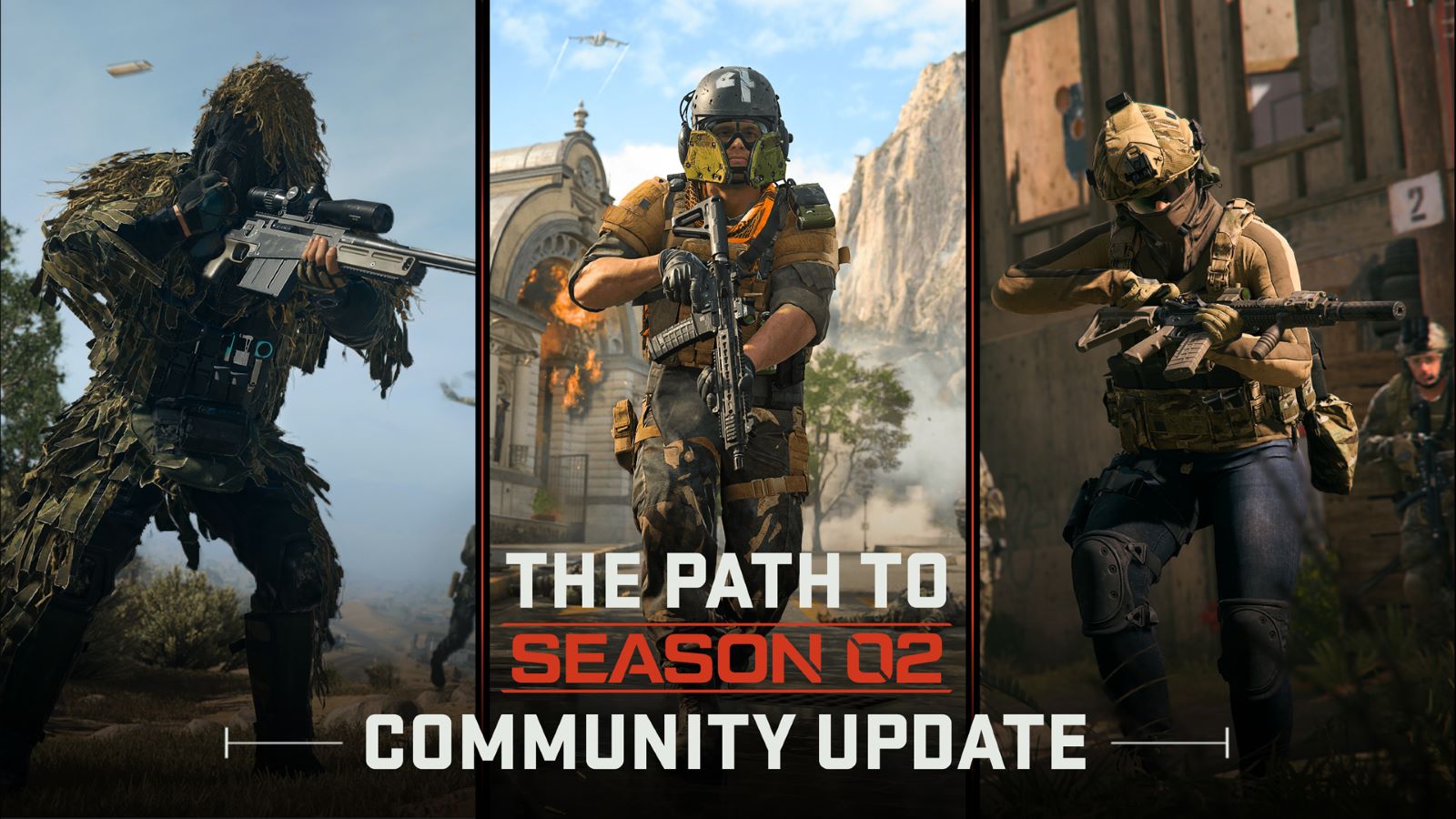 We are but a few weeks away from a new season of Call of Duty! The team over at Activision is starting to release some of the upcoming changes and preview what’s in store for the February 15th start date. There is a lot to unpack, and there will be even more information released in the coming weeks. Full changes will be available in the patch notes once the season arrives. You can read the full announcement from their blog post here, and I’ve also highlighted some of the major changes below:

We remain dedicated to improving the overall stability and performance of our games, including reduced crashes across all platforms and titles.

1v1 Gulag will be returning with the launch of Season 02. With this change, Players will see the return of the original Warzone overtime mechanic – the Domination-style flag control point – in place of the Jailer.

In order to bring this change online sooner – we have edited the existing Season 01 Gulag for better 1v1 combat, but are actively working on a dedicated 1v1 map for future seasons.

We’ve also made some logistical changes to the Gulag experience. Ground loot has been revisited as well as the Loadouts that Players will spawn in with. We’ve updated the pool to include Assault Rifles, Submachine Guns, and Light Machine Guns as Primary Weapons as the Circles progress. Shotguns have been removed from the rotation, while Handguns will remain available as Secondary Weapons.

For those leaving the arena victorious, the Gulag will grant a larger Cash reward to players. This change to cash will allow redeploying players to get back on their feet a bit faster.

Alongside increased victory Cash rewards mentioned in the previous section, the Gulag will now spawn Cash as ground loot to encourage and reward Players willing to prowl the arena.

We’re continuously evaluating the pace of combat engagements and have decided to make a change: all Players will now start with a 3-Plate Vest. Varying sizes of Vests will no longer exist in Battle Royale loot. This standardization will bring a more reliable feel to each engagement from the get-go. We’ll continue looking at data about optimizing downtime and improving the ability to recover from a prior engagement.

We have heard a lot of feedback around the timing of the bonus perks, specifically the Ghost Perk. We looked at swapping this perk’s position but we felt this would create severe imbalance in the perk system. For Season 02 we’ve updated the rate at which the bonus and the ultimate perks are earned (reduces bonus perk cost by 50% and ultimate by 25%). This adjustment will allow Players to get Ghost earlier in matches, which will better support Players looking to engage more aggressively.

Weapon balance is something we are always analyzing, and we’ll be balancing Weapons for Season 02 just like any other seasonal or mid-season update. Details on Weapon balancing can be found in the upcoming Season 02 launch Patch Notes. We’re excited to discuss some changes to armor below that will make for more consistent engagement in Warzone 2.0.

As announced last week, Hardcore mode is returning to MWII. Hardcore will replace the Tier 1 mode. We are excited for fans to have this franchise favorite back in the mix for Season 02.

Last week we confirmed that Ranked Play, a deep Multiplayer experience done in partnership with Treyarch and the Call of Duty League, and Infinity Ward, is coming to Season 02. Details on Ranked maps, modes and more will be revealed prior to launch.

Stay tuned to Gaming Trend for all your Call of Duty news and info!