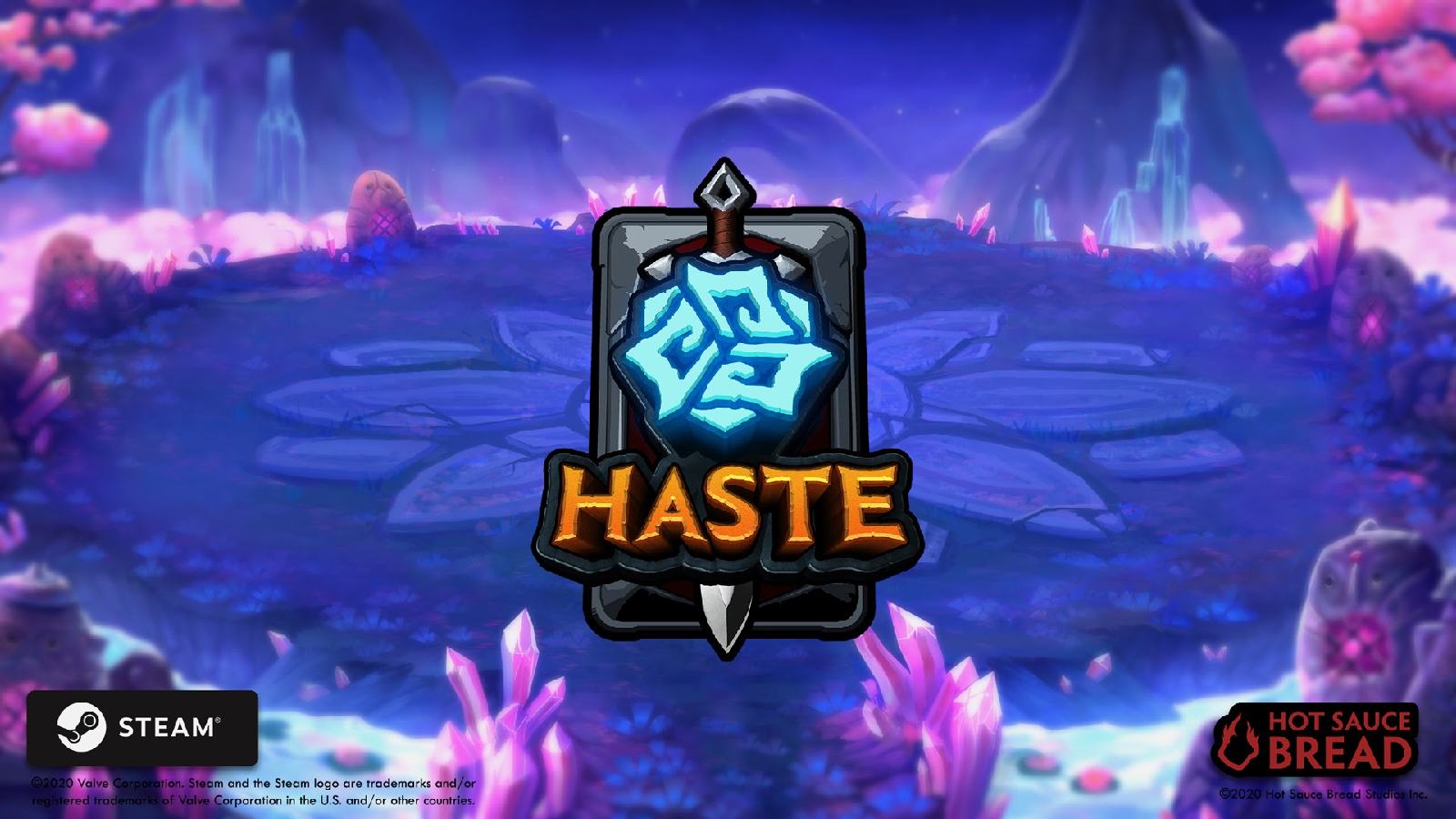 If you’re looking for a different computer card game fix, the indpendently created Haste is currently on Kickstarter. Featuring real-time strategic mechanics rather than deckbuilder ones, the game aims to outplay its competition. We got to talk with Hot Sauce Bread founders Jacob Deorksen and Cedrick Lui about Haste’s development, as well as some hurdles during development and the decision to use crowdfunding to support the game. 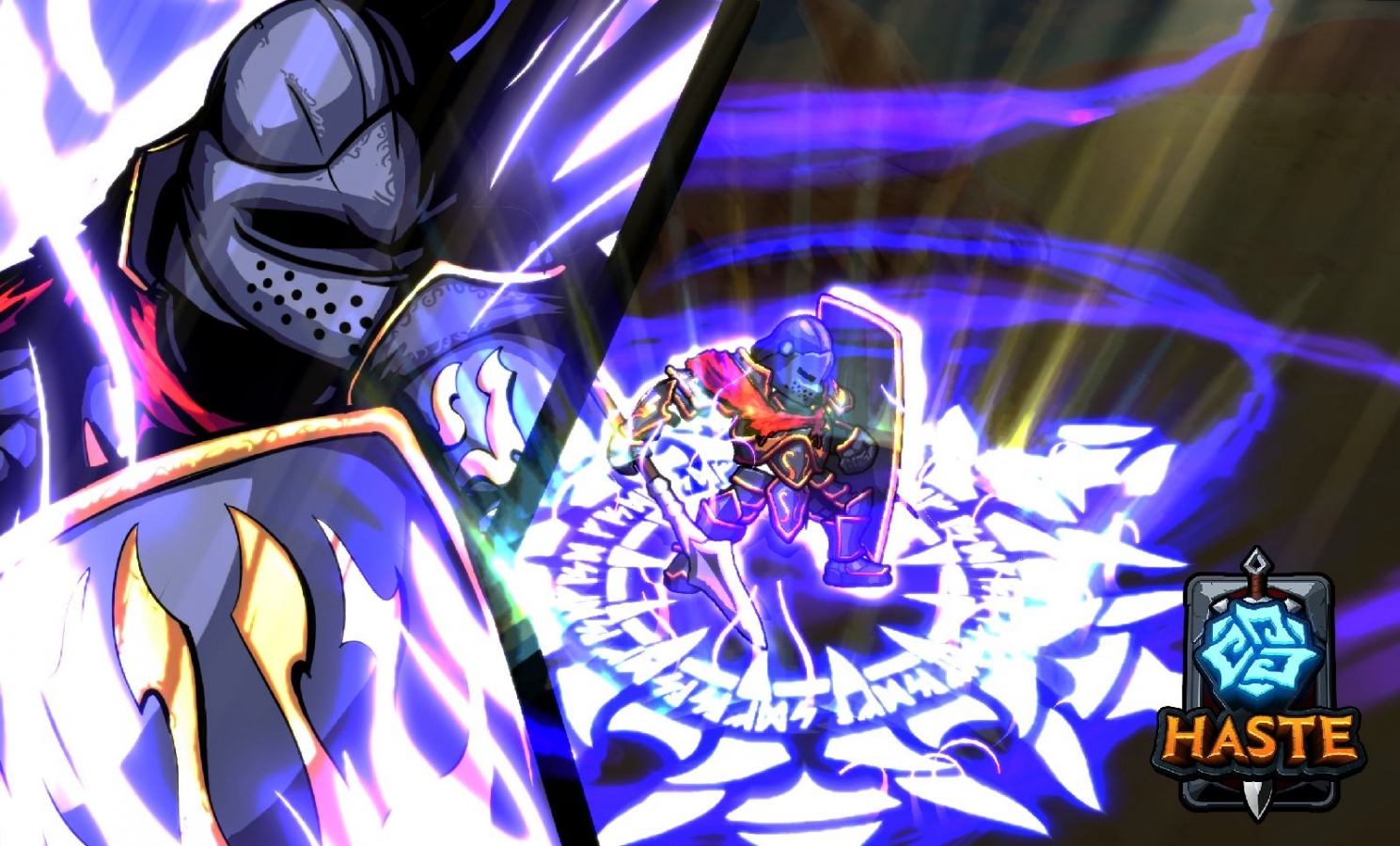 So Haste is planning to set itself apart from the card game competition. What was your inspiration for making a strategic real-time card game instead of something like a roguelite or deckbuilder?

Actually the idea of Haste pre-dated the roguelite craze. The development of Haste stemmed from the original idea of playing a Card game with real time mechanics. The layout of Haste right now doesn’t look too far off from the original sketch drawn up that late night so many years ago. We never aimed to follow or buck any trends, but instead borrowed what we liked and shaped it to match our shared vision for the game. 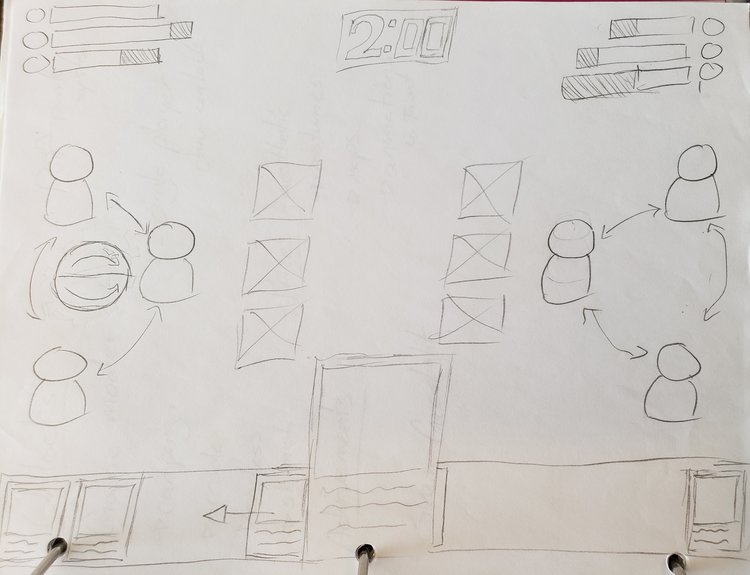 What were some challenges in developing a real-time multiplayer component for Haste?

By its nature, turn-based card games give players the chance to play their cards back and forth. Cards tend to interact with each other so they go in a queue and the effects always trigger in a certain order. With a Real-time game like Haste, we had to develop a system that recognizes when a player plays a card, how it puts it in a queue and still gives a chance for the other player to respond. 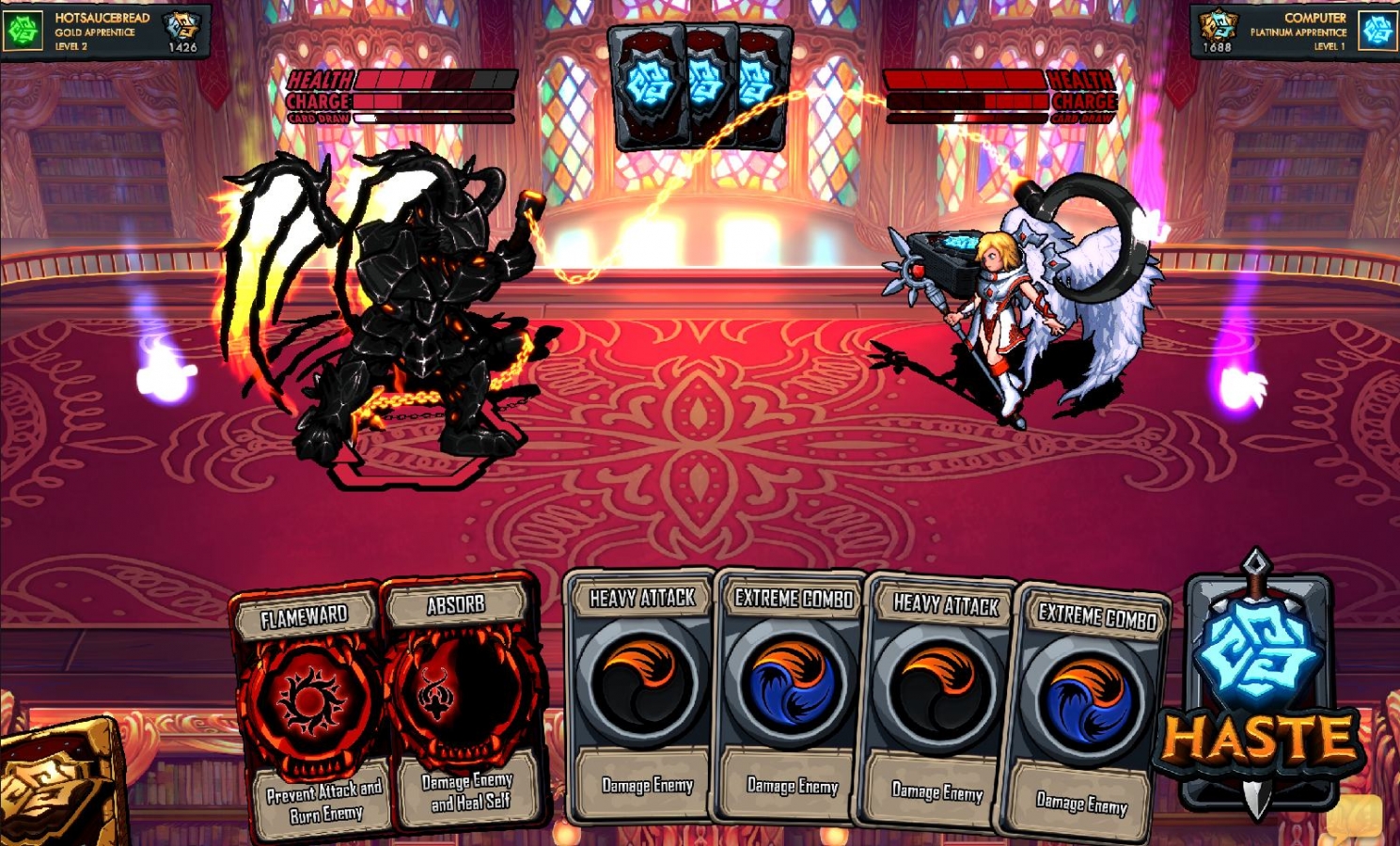 With the recent collectible card game craze, I’ve been turning to digital options since I don’t want to pay up the wazoo for a card game. With that said, who is Haste made for?

Everyone! Joking aside, we wanted Haste to be accessible (which can be difficult with CCGs), easy to pick up, but have a high skill ceiling to keep it interesting. If you want to play a quick 5 minute match, awesome. If you want to take the time to master it, even better.

Are there any mechanics from the game that you want players to check out?

Jacob: I spent a lot of time working on the animations for each character super-ultra-huge move. I hope players find them fun and rewarding.

Cedrick: I’m quite happy with how the ‘Forge’ mechanic turned out. This mechanic allows players to merge two similar cards into a single stronger version of that card. Since the player just needs to drag one card onto another, it’s not confusing to do but adds a lot of depth.

Haste sports a variety of different heroes from which to choose. Which one is your favorite?

Jacob: Lynx – she’s based on my cat, and I really like her skins.

The game is currently on Kickstarter, with different options for those who want to support the project. What made the team gravitate towards crowdfunding platforms to fund Haste?

Like many others, we have day jobs outside of game development. We’ve already both invested a considerable amount of time and money to bring Haste to its current state. We have a vision for the level of quality we want to deliver, but it requires some additional assets which at a quality level we just are not talented enough to produce ourselves. We’re really hoping the community will support this project and help us bring it to completion with the level of quality we think it deserves. 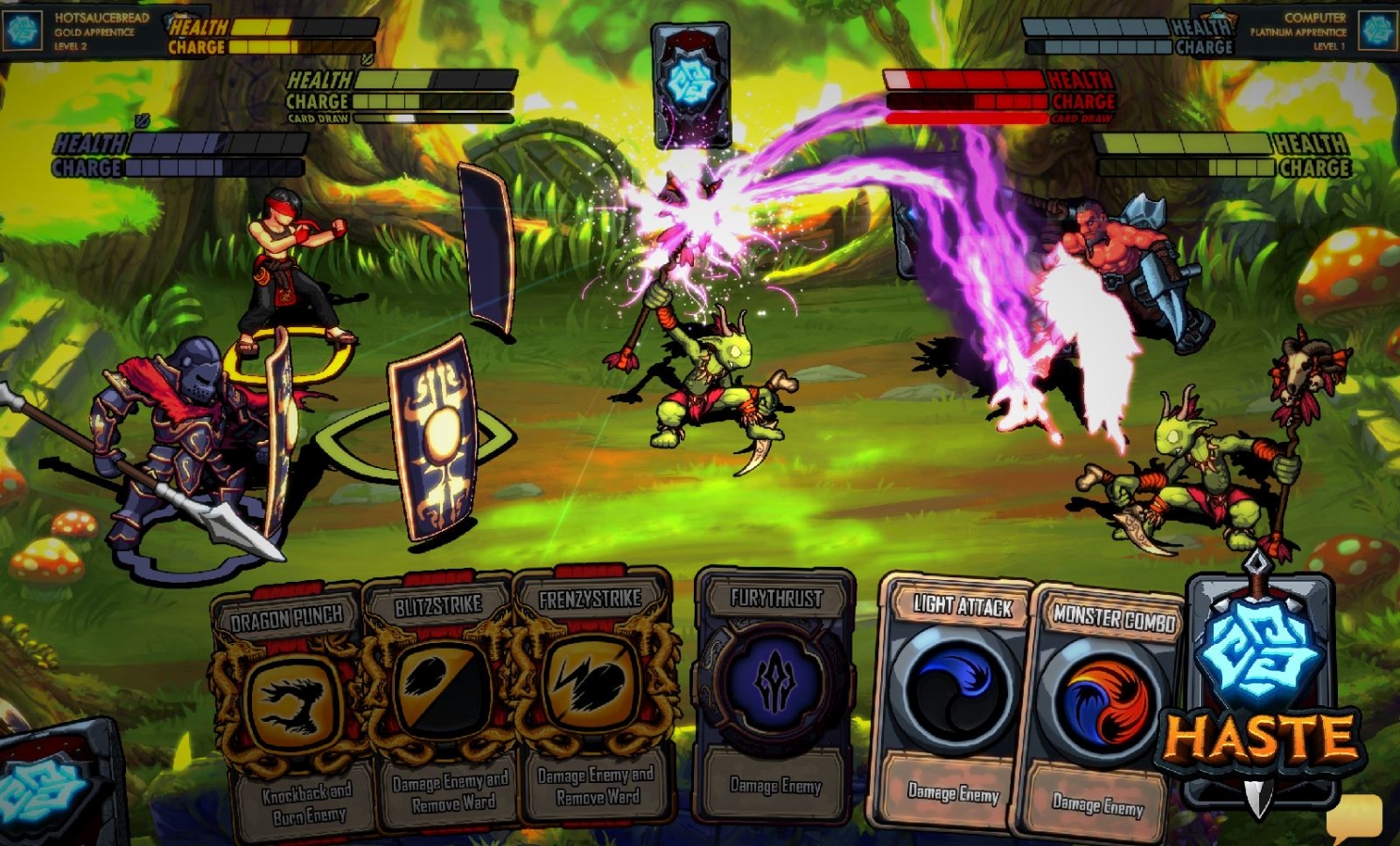 The recent pandemic has changed the way a lot of game developers make their games. What were some hurdles you had to cross, and what did you need to do differently in developing Haste?

For both of us it has been childcare. We are both fortunate enough that our families have stayed safe and healthy through this pandemic, but it has been a trying time for parents with younger kids like ourselves.

As a Canadian native myself, I have to ask: What’s your favorite Canadian cuisine?

Poutine may seem like a boring go-to, but it really is that good. In terms of regional spotlights, I would say Schwartz Deli is a well deserved must-eat in Montreal. A quick shout out goes to the Japadog carts in Vancouver which are incredible. 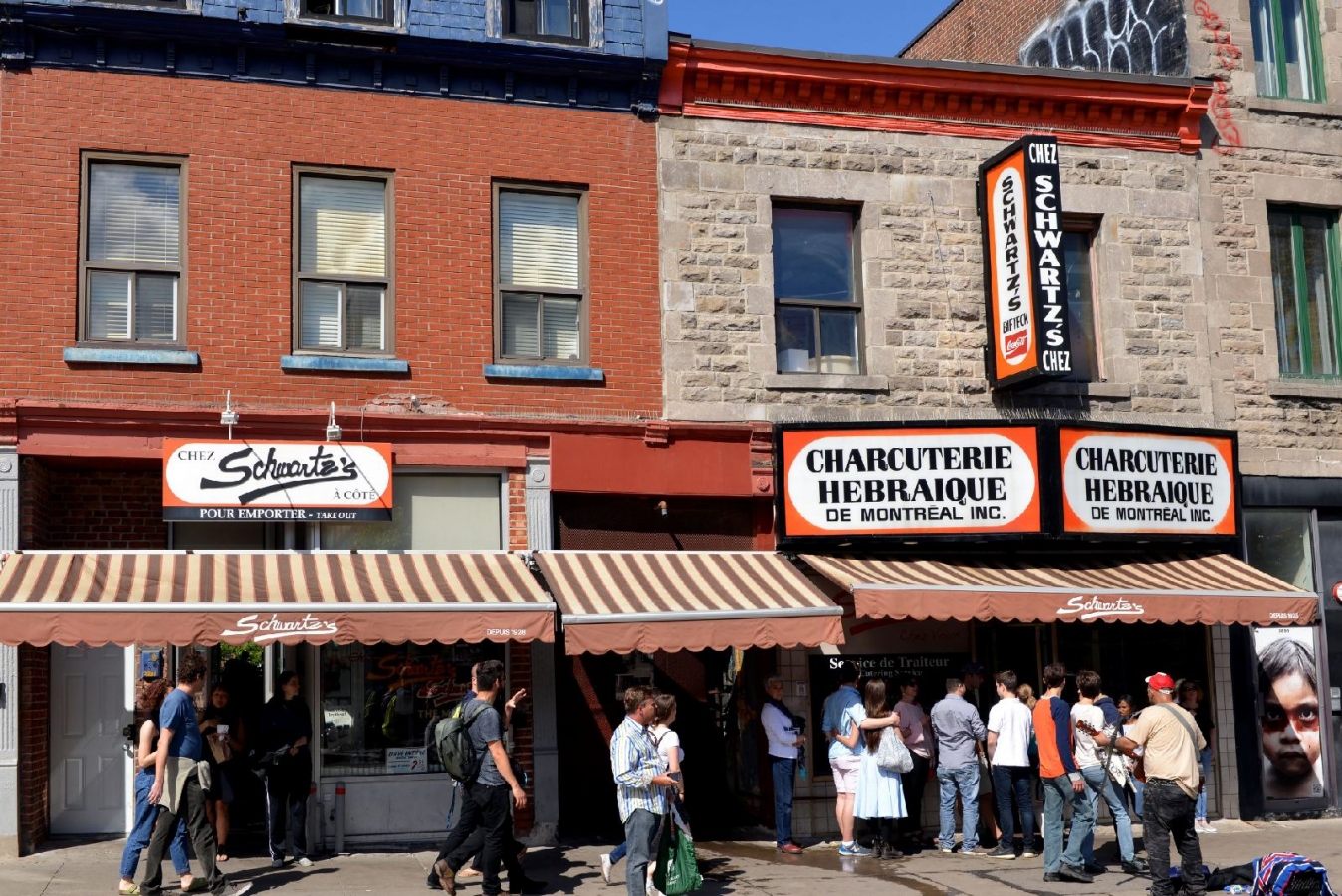 First and foremost, please check out the Kickstarter! We are a couple of friends that set out on the journey to make a fresh new card game and your support can help bring us to the finish line. Follow us @hotsaucebread and check out hastegame.com to reach out and learn more about Haste.

Finally, any last words or fun facts you’d like to give our readers?

Fun Fact: We had an idea for a character that would throw dynamite that looked like an old prospector. It was terrible, but ended up being a template for the one and only Stalagg.