The latest Warhammer game, Warhammer Age of Sigmar: Tempestfall is available now on Steam VR and Viveport, and will release tomorrow, November 18th, on the Oculus store for an MSRP of $29.99. You can check out the trailer above or read below for more details:

From Carbon Studio, creators of The Wizards – Dark Times, and the producer of the best fantasy miniatures in the world, Games Workshop, the vast lore of Warhammer comes to life in Tempestfall. Awe-inspiring in-your-face gameplay, motion-based abilities, and striking visual effects offer a unique immersive experience into the world of Warhammer.

In Warhammer Age of Sigmar: Tempestfall, you carry the mighty powers of a Lord-Arcanum to deliver justice through the Realm of Death. Defy the odds in challenging battles, outsmart the dark forces, and grow your power by upgrading your magical weapons to gain an edge in combat. 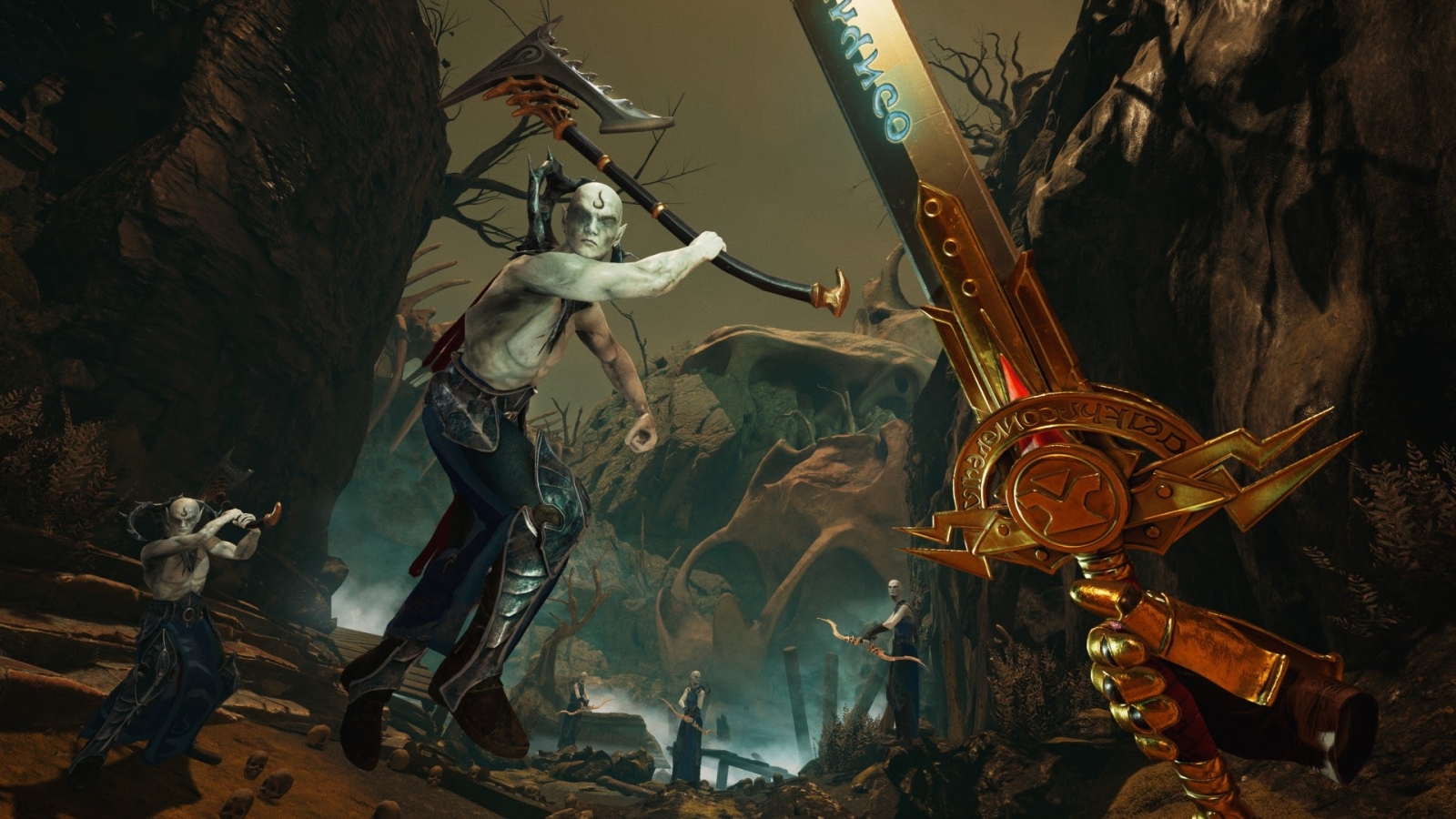 Crafted alongside the loremasters of Games Workshop, the story of Warhammer Age of Sigmar: Tempestfall begins shortly after the Necroquake, a magical disaster that changed the nature of magic in the Mortal Realms. It falls to you as Lord-Arcanum to journey deep into the Realm of Death to recover the lost souls of your order from the Nighthaunt hordes.

Tempestfall delivers an incredibly immersive combat experience using advanced physics mechanics. Wield your weapons and cast powerful magic attacks to fell hordes of enemies, use the environment wisely to lure foes to their doom, or get hands-on by grabbing attackers and smashing them into other adversaries.

Deliver justice in the name of Sigmar!

Stay tuned to Gaming Trend for more info on Warhammer Age of Sigmar: Tempestfall and for all your gaming, tech, and entertainment news!