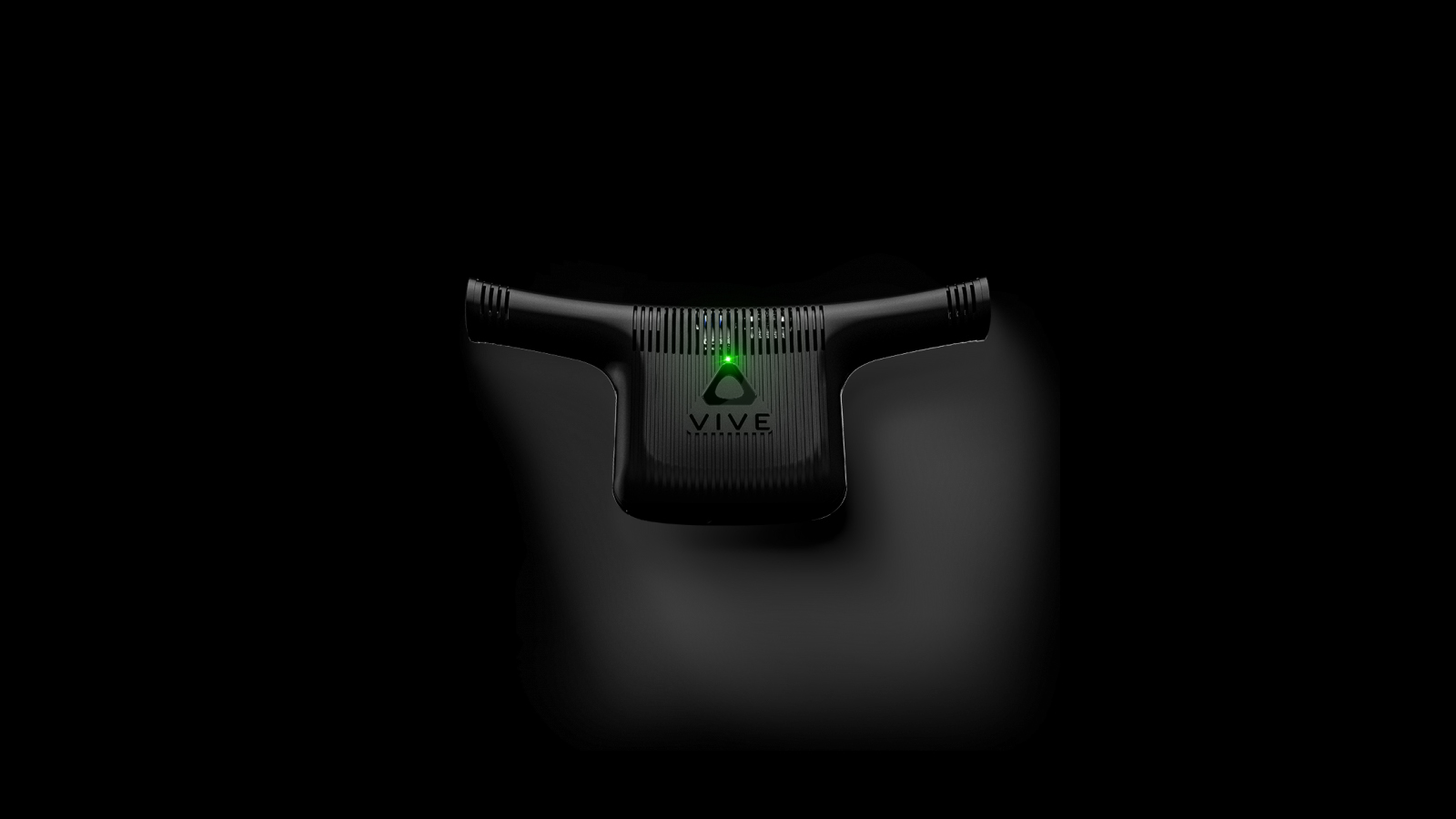 If you enjoy virtual reality games as much as I do, you know there are some games that benefit highly from having a large play space and having a bit of freedom to move.  Much of that freedom is restricted by the length of your cables and the placement of your PC, but Intel, DisplayLink, and HTC have a little bit to say about that.  We first got our hands on the HTC Vive Wireless adapter at E3 (you can see that video below), and we came away impressed with the range, as well as the near-weightlessness of the unit itself.

Courtesy of the announcement, we also got a bit of instruction around the installation for the unit itself.  Here’s a quick primer on what you can expect when the unit hits your hands later next month:

Installation of the Vive Wireless Adapter occurs in minutes by installing a PCI-e card and attaching a sensor from the PC that broadcasts to and from the newly wireless Vive headset. The adapter has a broadcast range of 6 meters with a 150 degree field of view from the sensor and runs in the interference-free 60Ghz band using Intel’s WiGig specification, which, combined with DisplayLink’s XR codec, means low latency and high performance with hours of battery life.

When we inquired about how many “hours of battery life” while we were at E3, we were told that internal testing at that time was yielding around six hours of time, which lines up nicely with the maximum amount of time I’d want to have an HMD strapped to my face.  The system will ship with one HTC QC 3.0 PowerBank, but you can purchase a second one, if you’d like to have a rolling spare.

If you are as excited as I am, you won’t have to wait long — pre-orders will open on September 5th, with the unit hitting our eager hands on September 24th.  Stay tuned for our review as we roll into next month.  The unit will retail for $299, and you can pre-order at Amazon, Best Buy, Microsoft, NewEgg and Vive.com.