Ubisoft has released a trailer for their newest upcoming game in the Assassin’s Creed universe, Assassin’s Creed Valhalla. In this game you will take the place of an assassin in the viking age which will include locations from Norway all the way to England.

Assassin’s Creed Valhalla’s First Look Gameplay Trailer has arrived, with fighting, feasting, and peeks at the world you’ll be able to explore when the game arrives this Holiday season on Xbox Series X and Xbox One. Taking players to the Viking age, Assassin’s Creed Valhalla puts you in the role of Eivor, a Viking raider and clan leader, to forge a saga that stretches from the cold reaches of Norway to the lush plains of England.

Beginning with shots of blue eyes and a Norse temple silhouetted against the northern lights, the trailer shows us Vikings feasting in a longhouse, a statue of Thor, and a close-up of the Hidden Blade Eivor will carry into battle. We’re then treated to a detailed view of Viking tattoos (with which you’ll be able to customize Eivor) before Eivor’s longship cuts through snowy waterways while Eivor’s raven follows overhead. 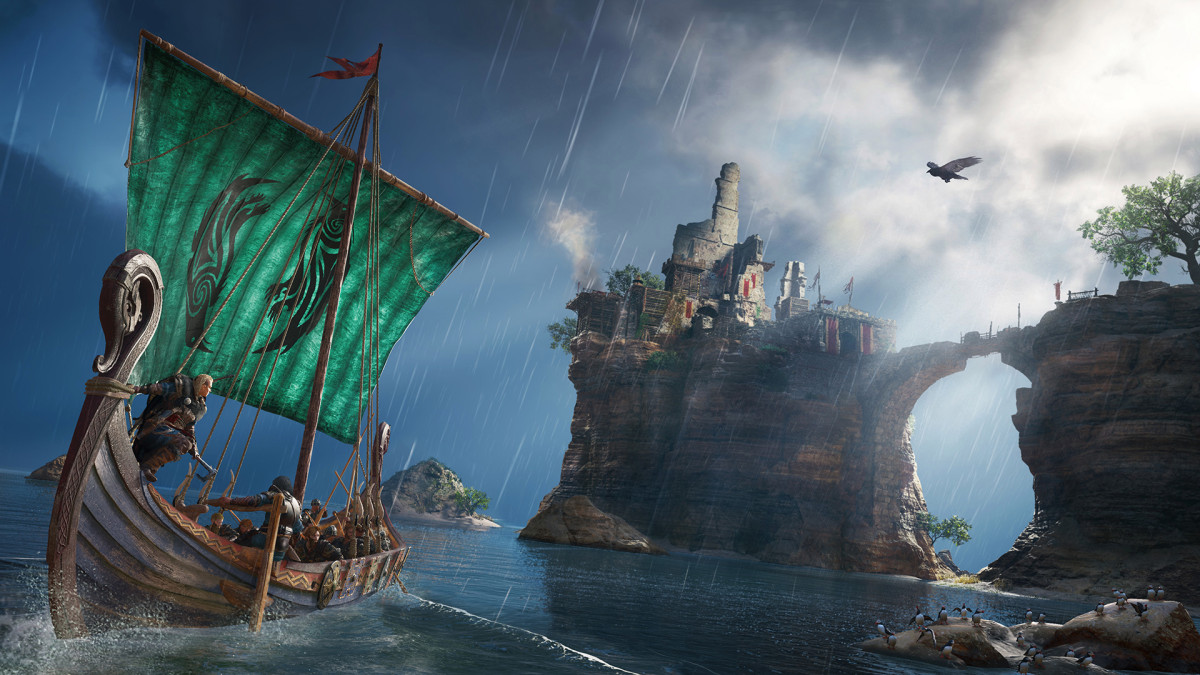 As the scene shifts to England, we get a picturesque view of the landscape, centered on a mysterious obelisk – actually a Viking altar. An armored warrior hoists a banner with a rampant red dragon, time passes rapidly over a cairn-covered hillside, and we glimpse contrasted Christian and Viking altars before being greeted with the imposing sight of Stonehenge.

With the scene set, we see the warriors of Aelfred, king of Wessex, assembled amid torchlight before their monarch steps into view. Then it’s time to begin the assault, as Eivor leaps from his longship, rallies his troops with a horn, and launches himself knee-first into a Saxon soldier’s face. Cut to siege machinery being wheeled toward a Saxon fortress, and Eivor launching himself into another enemy, this time with a flying tackle and a finishing blow.

While Assassin’s Creed Valhalla features a new dual-wielding combat system that allows for some particularly brutal takedowns, not all of its combat is close-quarters. We next see Eivor firing a bow toward a ballista perched on a fortress wall, after which the Vikings’ battering ram smashes into its gates and Eivor leads the charge inside. We then get a glimpse of another aspect of the new combat system; Eivor can throw axes at enemies.

As Eivor surveys the flaming destruction, we see a close-up of the same blue eyes that began the trailer – Eivor’s eyes, which shut slowly, almost wearily. We then close on a shot of Eivor’s raven as it perches on his shoulder, clearly ready to launch into the sky at a moment’s notice and – like Hugin and Munin, faithful ravens of the Norse god Odin – provide Eivor with a clearer view of the world around them.

Assassin’s Creed Valhalla will feature Smart Delivery at launch, meaning that purchasing and playing the game on Xbox One will automatically add it to your library on Xbox Series X when that version arrives. In the meantime, sharpen those axes and get ready to sail for new lands in Holiday 2020.

Check out the trailer above and stay tuned to Gaming Trend for all your gaming news.