Nine Arches, the unique upcoming card based game where players choose and combine cards and then embark on real world experiences, reached its Kickstarter goal in only 6 minutes and has already raised over 100k from 1,300 backers. Read more about Nine Arches below:

Smashing its Kickstarter goal in 6 minutes, raising $100K in a week, Nine Arches is a new experiential game allowing players of all ages to escape screens, break routines, and embark on everyday adventures.

Austin, TX – November 3, 2021 – Raising more than $100K in just a week from over 1,300 backers, Nine Arches is another sign the game industry is inching towards new kinds of post‐pandemic games to trigger deeper and more meaningful real life experiences.

“After the pandemic, getting out and doing real things again is not as easy as it sounds,” said Geoffrey Gray, the game’s founder and New York Times bestselling author. “We created Nine Arches as a way for players of all ages to power down their screens and power up in the real world.”

In a unique partnership, Gray crossed over from the media industry and teamed up with Grank Shonkwiler, veteran game producer and designer who worked on Fortnite, Doom and other titles at Epic Games, to create a timeless experience that dares players to push their comfort zones. 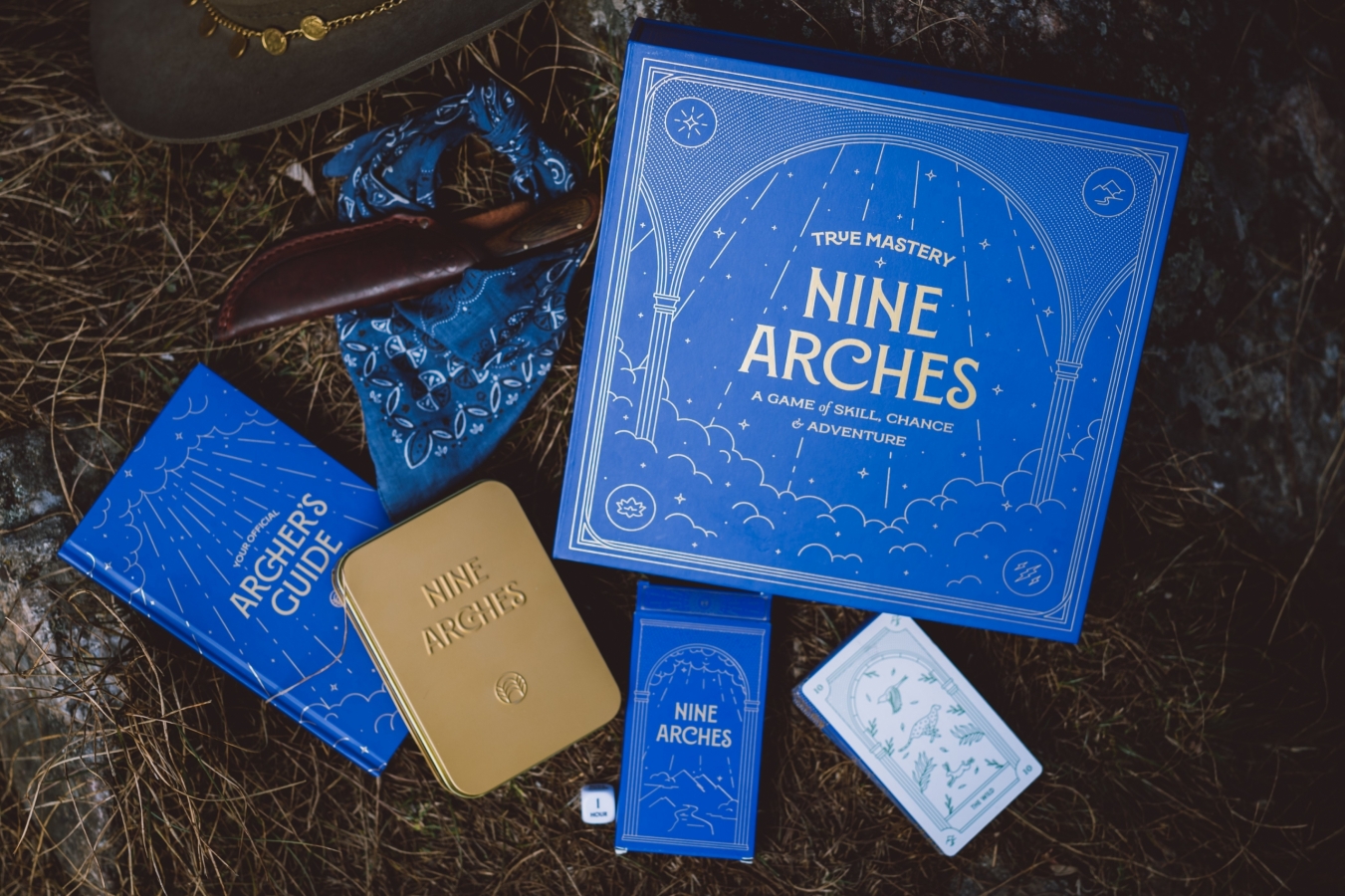 ‟Online you get to be a fantasy hero and level up for things that aren’t real,” Shonkwiler says. ‟What makes Nine Arches so powerful and unique is that you can level up and be a hero in your everyday life.”

Centered around a mystical deck of challenge cards, players choose and then combine their cards to embark on unique experiences in the real world. All the cards are beautifully hand‒drawn and categorized in four ‘power’ suits—Delight, Escape, Flow and Chaos. A dice is rolled suggesting a time limit, and the players go out to achieve their mission, documenting their quest in a log book.

To date, nearly 1,000 game testers from around the world have completed the cards, from spending the night alone in a national park for the card ‘Cave of Fears,’ to designing, building and swimming in a lap pool of hay for the card ‘Open Swim,’ or biking through Bombay at dawn for ‘Wheels of Joy.’

“We all love to use our creativity to solve problems,” Shonkwiler adds. “Nine Arches challenges you to find a way to take actions on your true desires. It’s more than a game. It’s a push to make even the most mundane day a memorable one.”

The First Edition of Nine Arches is now available for pre-sale on Kickstarter. Game kits start at $45 and will be available for general retail in 2022.

For the brave and daring, you can receive a personal card deal from the founder and document your quest through the Nine Arches by texting “OPENSESAME” to the number (855) 586-2954. First come first serve.

Stay tuned to Gaming Trend for more info on Nine Arches  and for all your gaming, tech, and entertainment news!