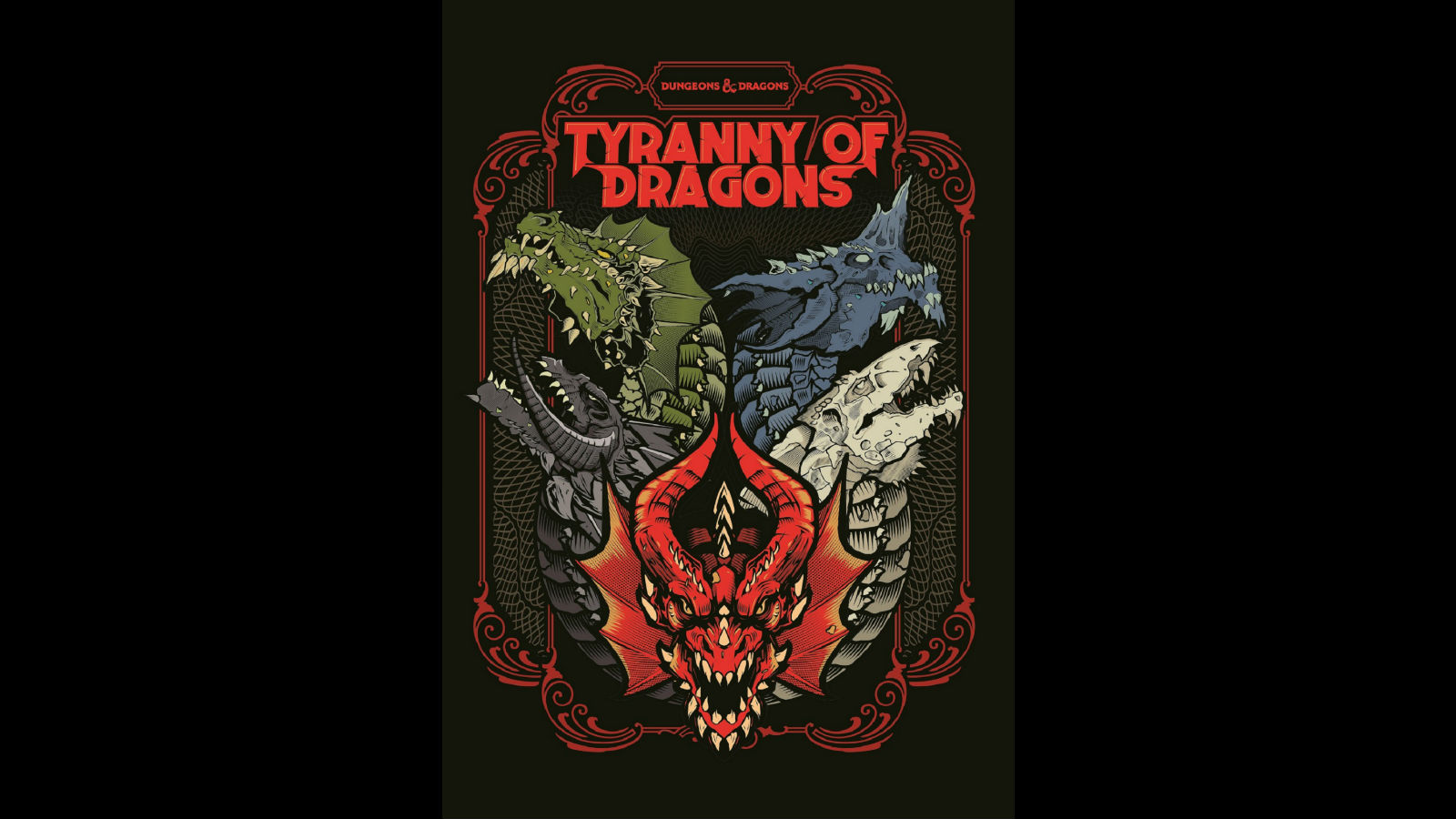 Wizards of the Coast is commemorating the fifth anniversary of Dungeons & Dragons Fifth Edition by re-releasing Tyranny of Dragons, the adventure that kicked off the classic game’s newest iteration in 2014. Announced at San Diego Comic Con, Tyranny of Dragons will be available in stores October 22.

“Dungeons & Dragons means a lot to millions of people and we’re excited to celebrate everything the community has achieved in the five years since we launched fifth edition,” said Stewart. “Tyranny of Dragons was an iconic adventure out of the gate, and we’ve made it even more memorable by putting it all under a new cover featuring the visage of Tiamat in Hydro74’s distinctive style.”

Originally, Tyranny of Dragons was released as two separate adventures, Hoard of the Dragon Queen and The Rise of Tiamat. Together, the two adventures tell the story of the Cult of the Dragon attempting to bring the evil dragon goddess Tiamat to the Forgotten Realms, forcing disparate groups across the land to unite to drive her off. The adventure packs in a huge amount of content, taking characters all the way from first level through level 16.

This re-release brings the two adventures together into one hardbound book complete with new cover art by Hydro74, who previously illustrated an alternate cover for Descent into Avernus. The new edition also incorporates reference material for the adventure that was initially only available online, along with a new gallery of concept art.

When Tyranny of Dragons launches October 22, it will sell for $49.95, and it’s only be available from game stores, not online.