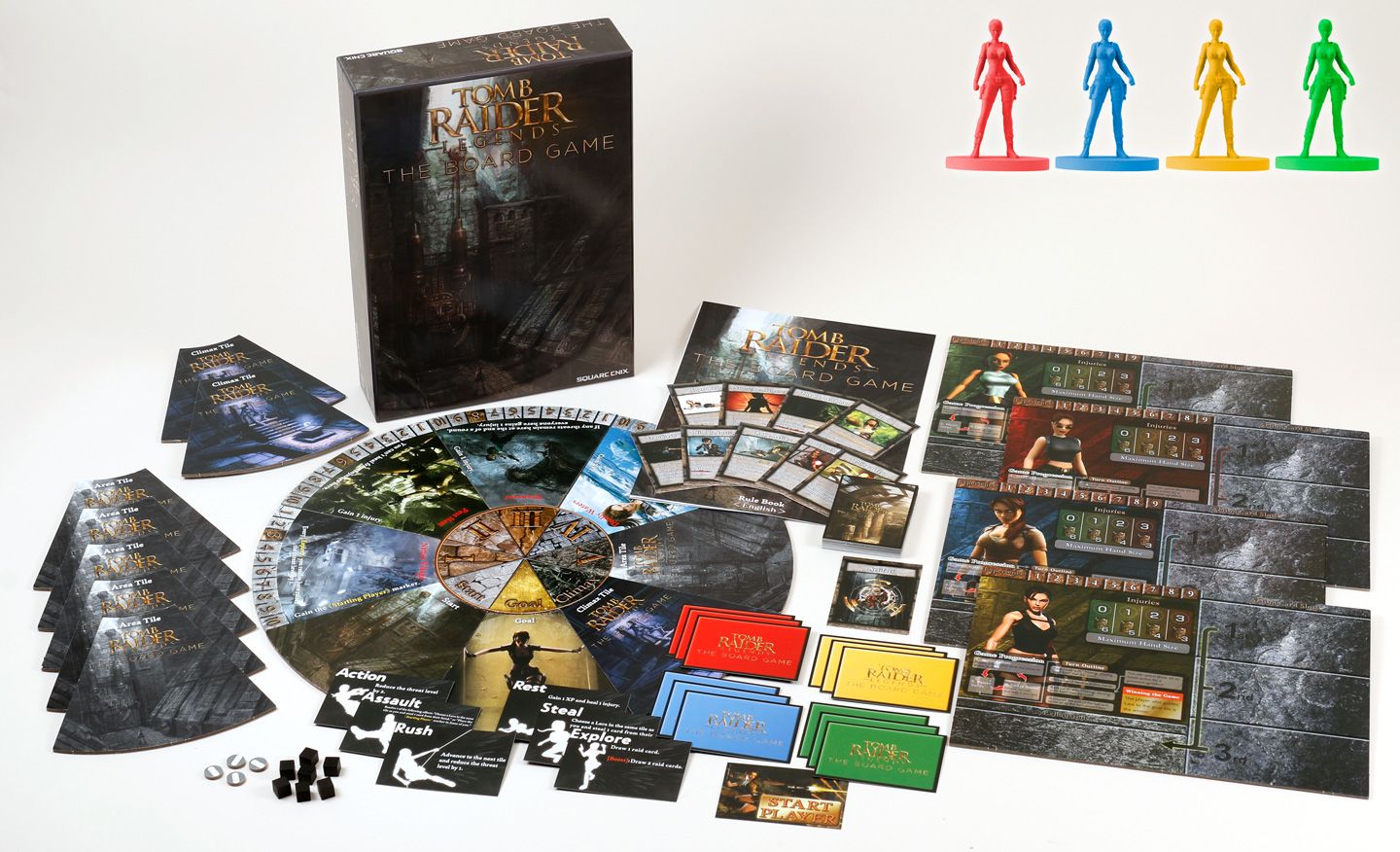 Today, Square Enix announced Lara Croft’s next adventure, a tabletop game for 3-4 players based on the long lasting game series. The game will focus on players exploring ruins, fighting off threats, and besting their opponents, other versions of Lara Croft.

Embark on an unknown journey in search of a hidden Artifact as the legendary archaeologist Lara Croft. The path ahead is filled with many perils, but her greatest foe is… none other than herself!?
Prove you are the “True” Lara Croft by exploring mysterious ruins, fending off threats, using your wits, your ever-growing arsenal, and skills to beat the competition!

Players start with the simple task of getting to the goal and acquiring the Artifact, all while attempting to avoid the constant threat of wounds, delays, and misdirection caused by other players and creatures. Each player will have to overcome these and other environmental obstacles to achieve this task.
With over a dozen possible areas to uncover and a widely varied amount of combinations, each game will send you and your friends on a fun and unique journey into the unknown.

Out of the box, the game will contain:

Tomb Raider Legends: The Board Game will be released this May and each game is expected to last around 40 minutes. Pre-orders are currently available on the Square Enix store.