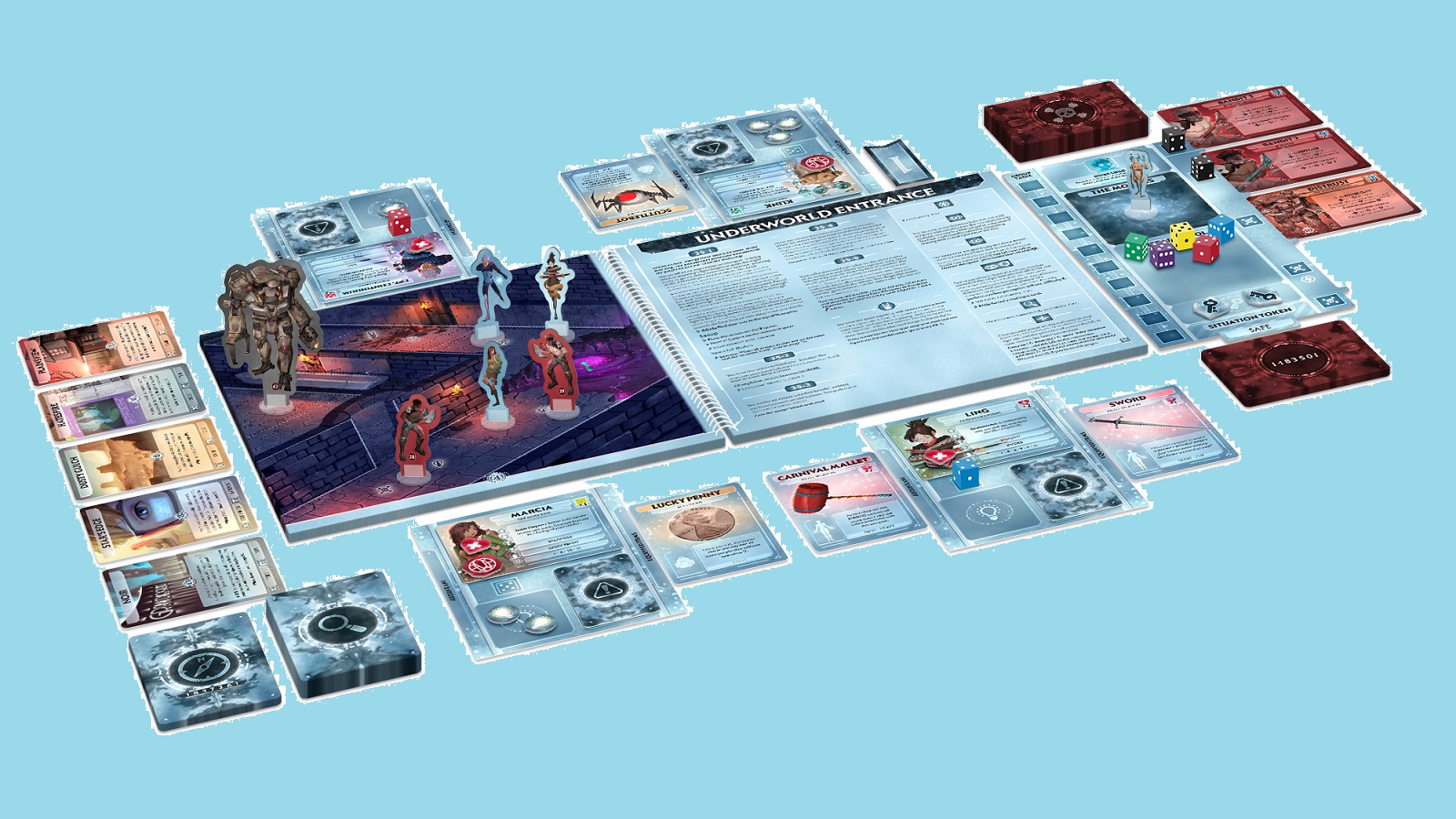 Today, Plaid Hat Games announced a new cooperative adventure tabletop game, Comanauts, to be released sometime in the future. Two to four players will venture across a strange and mysterious world in order to wake up a doctor who has fallen into a coma and needs to get out of it in order to save the world.

Dr. Martin Strobal was going to save the world with his Mobius Ring device, but a lab accident has left him in a coma. Now a minuscule black hole is forming, threatening to tear the Earth apart. Brave comanauts must enter the irradiated dreamworld of Dr. Strobal’s mind, solve the mysteries that keep the doctor locked in his nightmarish coma, and defeat the inner demons lurking there. Only by waking Dr. Strobal can the world find the salvation it so desperately needs.

Comanauts is a cooperative adventure game for 2-4 players, set in the twisted, sometimes bizarre confines of a slumbering mind. Nothing is what it seems as players hurry through dream spaces, urgently seeking clues that will reveal the key to waking Dr. Strobal. Discover the identities of the inner demons that torment the doctor, track them down to the corners of his mind in which they lurk, and sever the hold they have on his psyche.