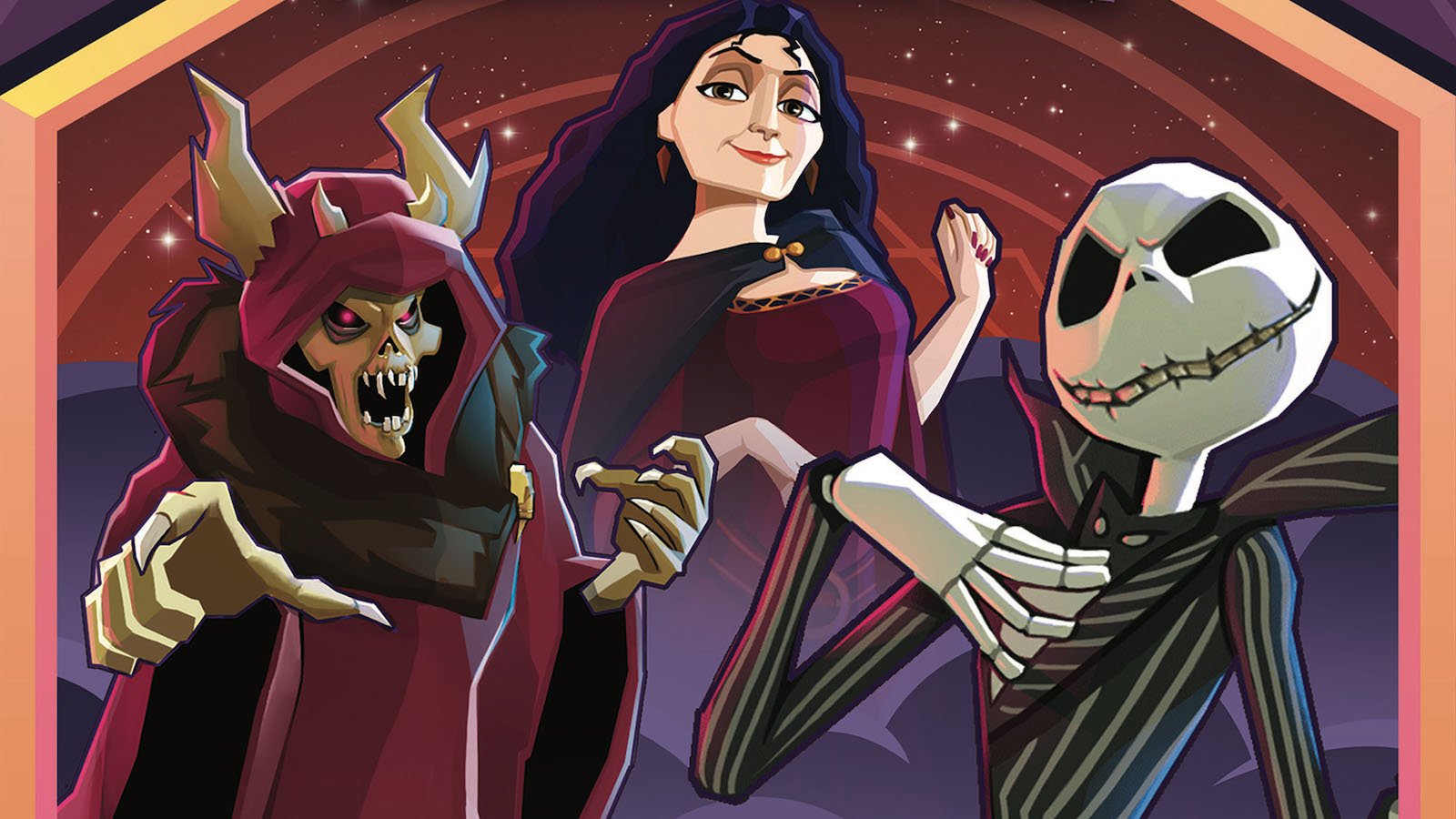 Disney’s Sorcerer’s Arena: Epic Alliances adds three new powerful characters to the mix in this expansion; Mother Gothel from Rapunzel, The Horned King from The Black Cauldron, and Jack Skellington from The Nightmare Before Christmas.

“Get ready to create a scare in the Arena as three new Disney characters – Jack Skellington, The Horned King, and Mother Gothel – arrive in the second expansion for Disney Sorcerer’s Arena: Epic Alliances Thrills and Chills” 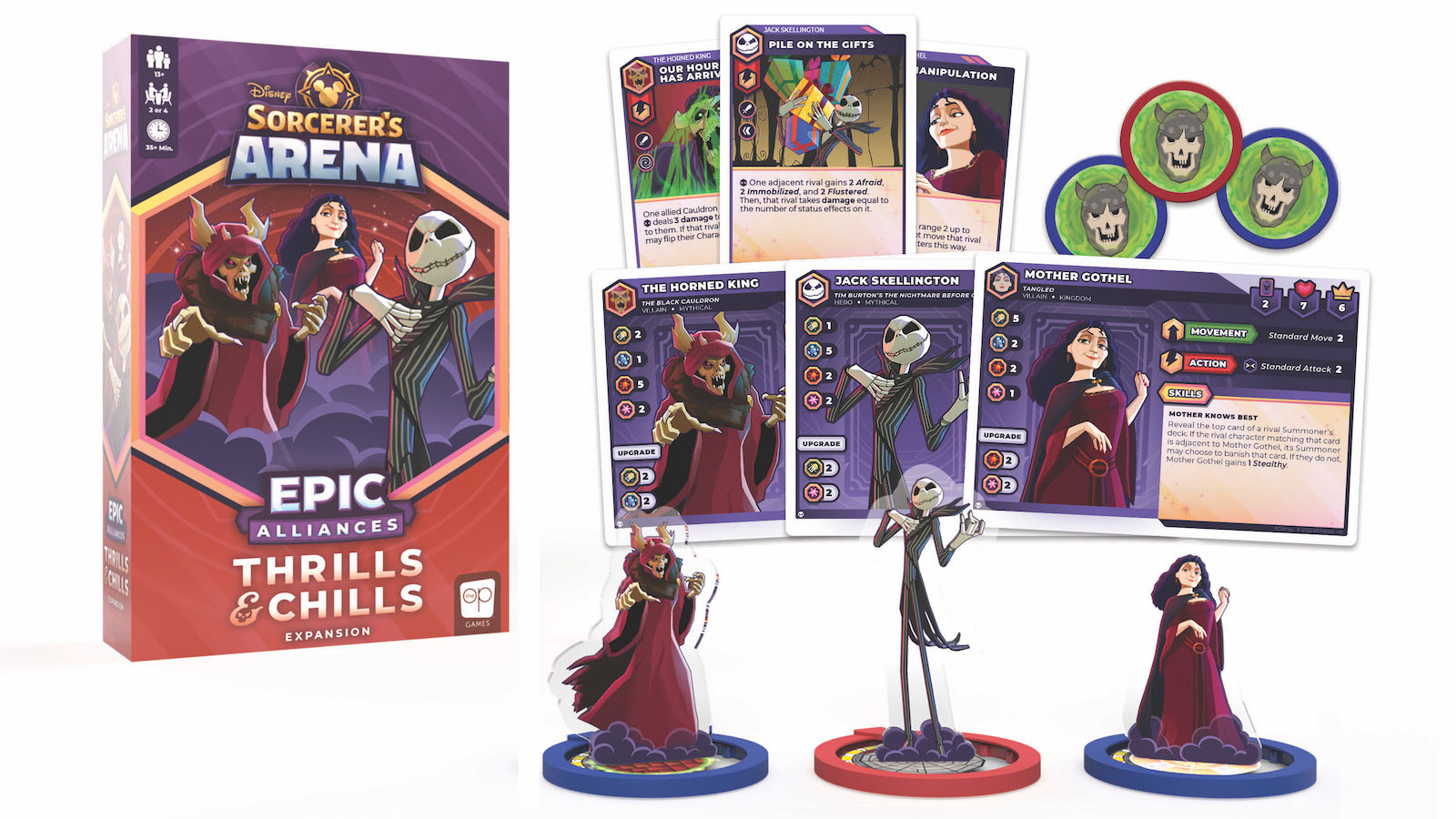 “Take your combat skills in Disney Sorcerer’s Arena: Epic Alliances to all new levels with the Thrills and Chills expansion pack! Jack Skellington, The Horned King, and Mother Gothel wield new attacks and abilities true to their twisted characters to bring fright and might to the Arena’s already epic battles.” 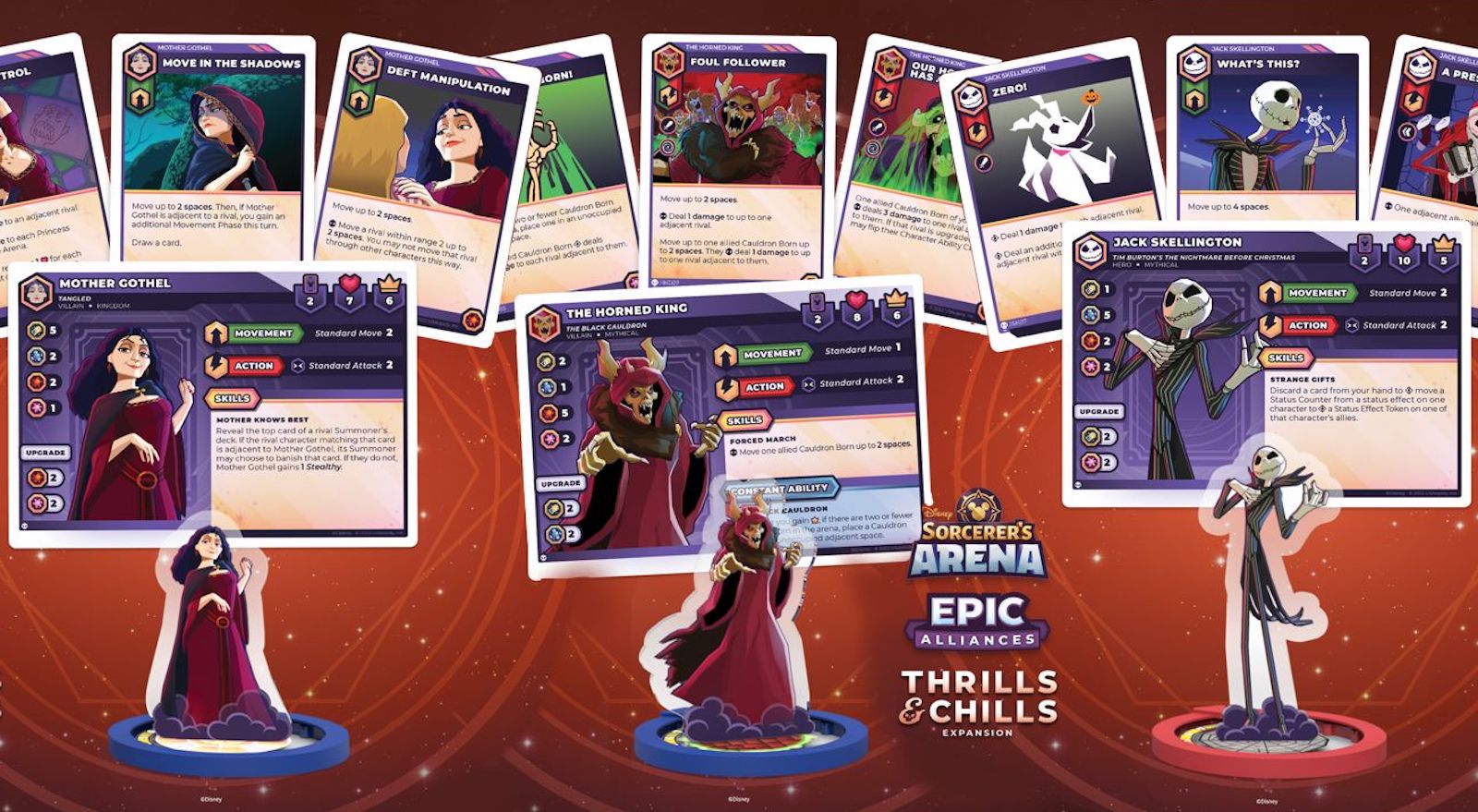 “Disney Sorcerer’s Arena: Epic Alliances is the ultimate PvP tabletop game for Disney and Pixar fans and gamers where players can build teams out of Disney and Pixar heroes and villains and compete in an expandable, learn-as-you-go battle arena game.”

For 35+ minutes, 2 or 4 players age 13+ can enjoy battling it out as these classic Disney characters.

Check out our review of the core game here.