The Yakuza Remastered Collection has begun its release cycle today with the launch of Yakuza 3 now and Yakuza 4 and Yakuza 5 at a later date. Currently, this collection is available digitally, but a physical version will be released on February 11th, 2020 alongside Yakuza 5.

The Yakuza Remastered Collection is far from a typical console generation port. In addition to graphical and performance upgrades (720p>1080p at 30>60fps), all three games have gone through a rigorous re-localization process. The English scripts for each game have been reviewed, revised, and even rewritten in some cases, and content previously cut from the Western releases of Yakuza 3, 4, and 5 have been re-added in The Yakuza Remastered Collection.

In Yakuza 3, this means the Mahjong, Shogi, Massage Parlor, and ever-popular Cabaret minigames, as well as a collection of Substories cut from the original release, are now available in the West for the first time!

Several quality-of-life changes have also been added for each release in the collection, including a Substory tracker on the map and the ability to toggle between English and Japanese written lyrics during Karaoke.

The Yakuza Remastered Collection: Day One Edition will be released on February 11th, 2020 and will include Yakuz 3, Yakuza 4, and Yakuza 5 on two disks. Since this is the first time Yakuza 5 will be released in physical format in the west, a genuine Yakuza 5 PS4 case will be included. 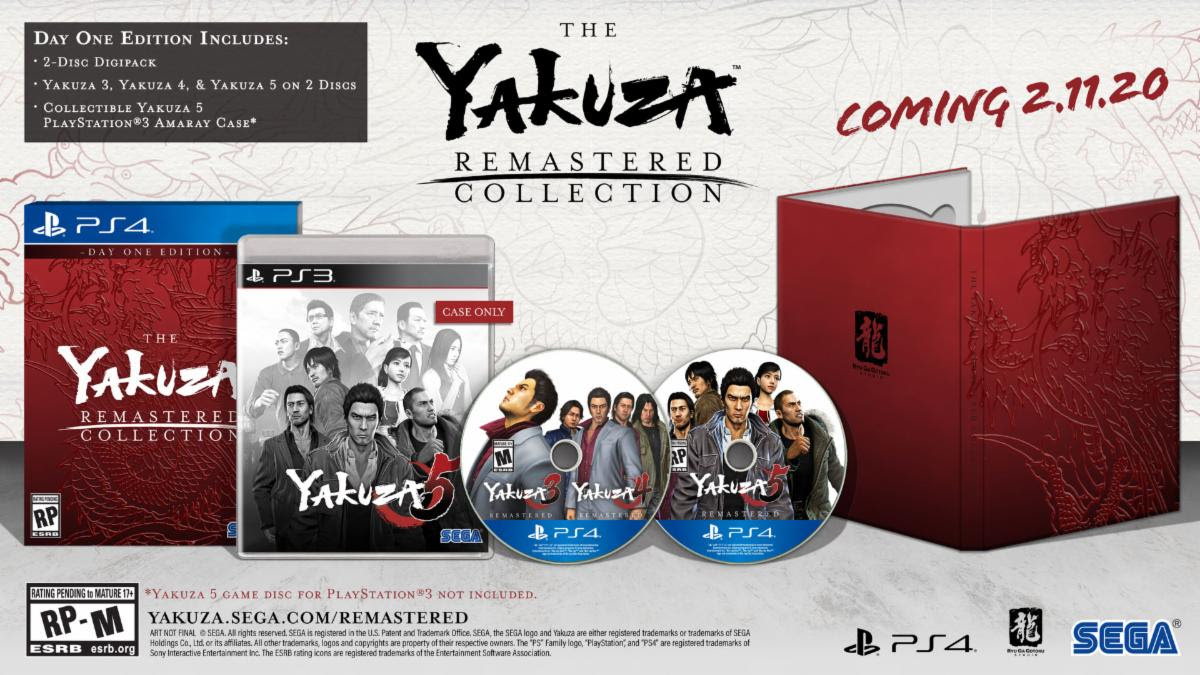 In addition to The Yakuza Remastered Collection, The Yakuza Origins Digital Bundle is available for $49.99 and includes Yakuza 0, Yakuza Kiwami, and Yakuza Kiwami 2.  Yakuza 3 is currently available in The Yakuza Remastered Collection for PlayStation 4. Yakuza 4 will be released on October 29th, 2019 while Yakuza 5 and the physical version will be released on February 11th, 2020. For more information, visit the official website.