Legendary game designers Richard Garfield and Justin Gary have teamed up to create SolForge: Fusion, the world’s first hybrid-deck building game. SolForge: Fusion is slated to release on September 22nd, 2022. You can check out an introduction video above and learn more about SolForge: Fusion below:

LOS ANGELES, July 26, 2022 – After reaching its funding goal in less than 26 minutes and exceeding the overall initial campaign goal by more than 1,200%, Stone Blade Entertainment is proud to announce that SolForge: Fusion, the sequel to the massively popular digital trading card game SolForge, created by legendary game designers Richard Garfield (Magic the Gathering) and Justin Gary (Ascension Deckbuilding Game), is set to officially release on September 22, 2022 in gaming and hobby stores nationwide. 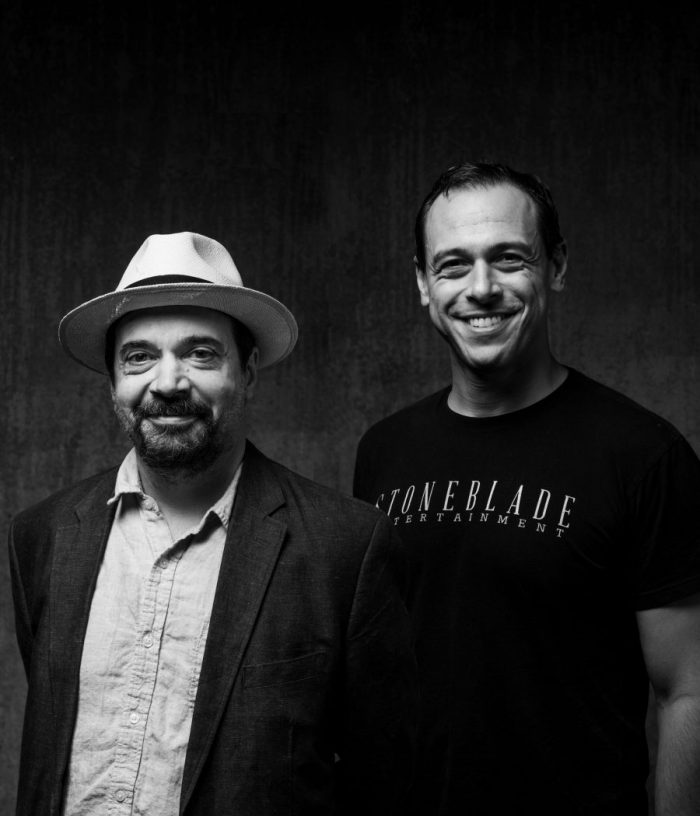 A first of its kind hybrid deck building game for the digital age, SolForge: Fusion has been meticulously designed as both a physical game that can be played in person, or a digital game to be played remotely through the digital program Tabletop Simulator. Thanks to the unique algorithmically generated card printing process, no two SolForge: Fusion decks are the same, completely upending decades of trading card game tropes where players would often copy whatever “netdeck” was winning that month.

“SolForge Fusion represents the culmination of over a decade of development from Richard [Garfield] and I to create a great game unlike any other,” exclaimed Justin Gary. “Players can customize truly one of a kind decks to create a unique and compelling experience every time they play, whether in person or online.” 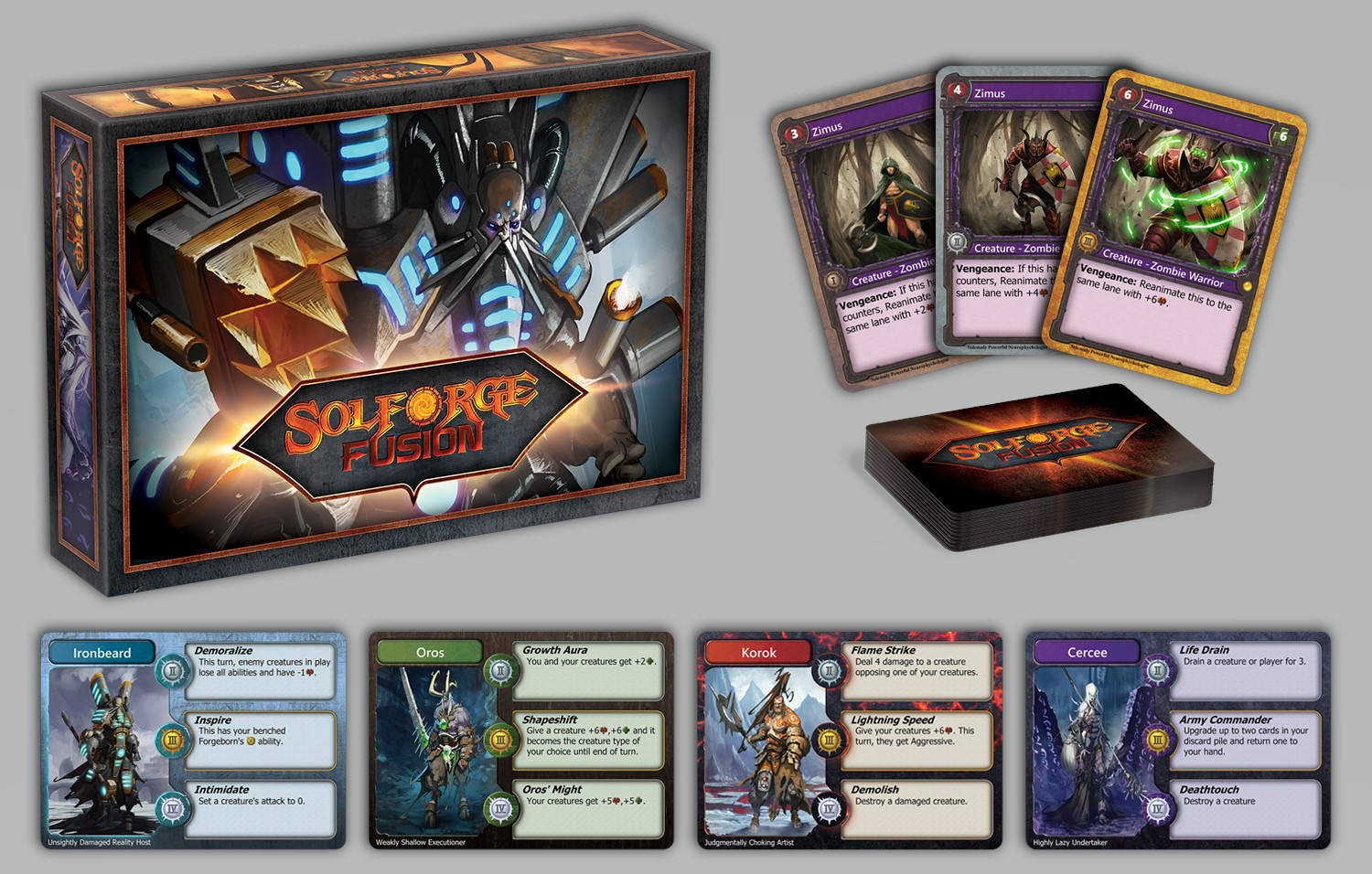 In a hybrid deck game, players are able to fuse unique half decks to create a full deck. Each unique deck can be scanned into the game’s online database so players can participate in head-to-head battles and tournaments in person OR online at solforgefusion.com. Since every card that’s played levels up and becomes available in future turns, players get the experience of not only playing their deck, but also continually building it during the game.

“Combining two procedurally generated half-decks gives an easy way to customize your deck, and wildly expands the possibilities of a collection.” said Richard Garfield. “And creating cards by fusing two halves together gives over 15K possible cards in the first set alone, more than were created in the first 20+ years of Magic: The Gathering!”

The game’s easy to use online systems allows for local hobby game stores to run officially-sanctioned events in person or online, ensuring each store has the capability to customize the support their community needs most – something practically unheard of in this space. With ongoing tournament support, tournament organizers can create their own events that are automatically added to the game’s event finders for easy discovery and participation. Additionally, players are able to level up their cards each time they play through the game’s digital platform, and track a deck’s performance (along with player performance) via the game’s online leaderboard. Outside of your local game and hobby store, tournaments are being hosted at events and conventions such as Gen Con, PAX Unplugged, and more. Players will be able to influence the story and the cards by participating in tournaments and making choices for their Forgeborn that will be reflected in future printings. 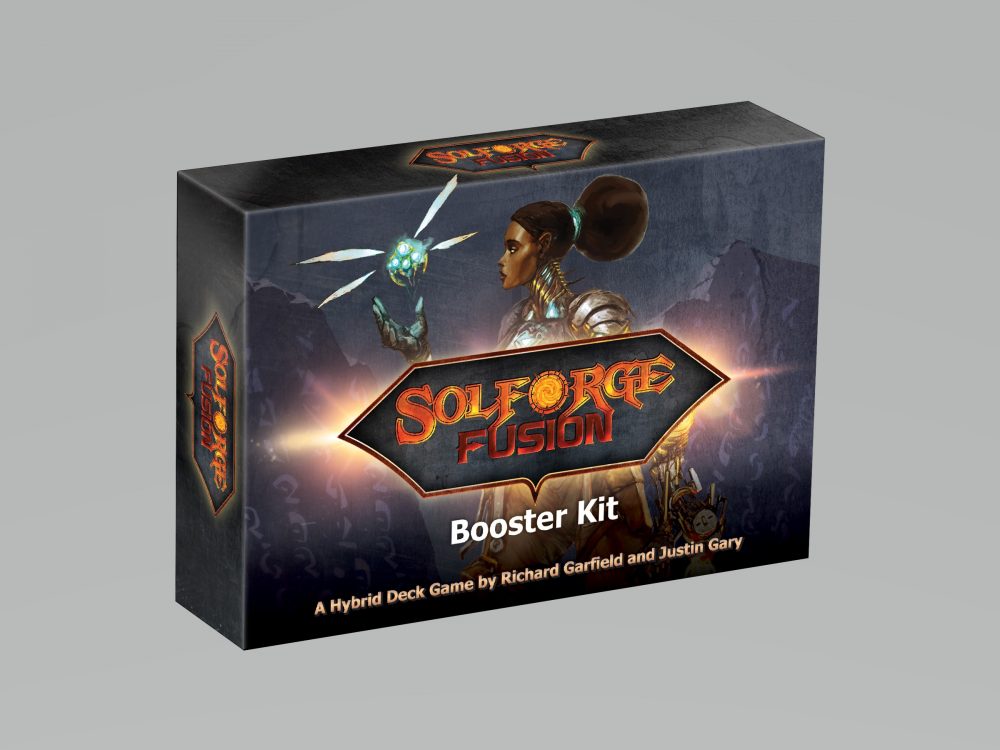 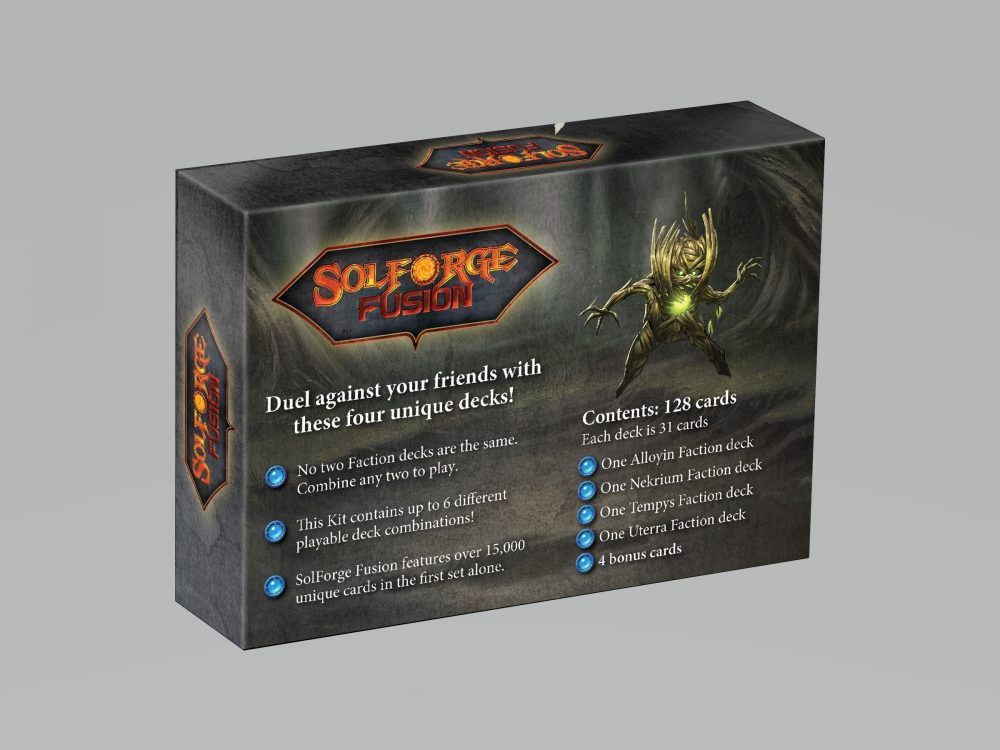 In anticipation of the nationwide release, Stone Blade Entertainment is holding in-person tutorials and tournaments throughout GenCon 2022 (August 4 – 7), which includes:

SolForge Fusion Learn to Play: Learn to play this hybrid game from Stone Blade’s knowledge team! They give you your own fully playable deck and playmat to keep.

SolForge Fusion Sealed Tournament: Open a Booster Kit, shuffle two of four decks together and play! The most fast and fun way to play!

SolForge Fusion Storyline & Gen Con Release Championship: Battle to determine the future. Bring your deck or purchase one when you arrive. Bonus “Blind Play” prize given to the best performing player who received a random deck from Stone Blade.