Yet another game has announced a delay, this time Gato Salvaje Studio‘s The Waylanders. Thankfully, it has only been pushed back three months and will now release on February 2nd, 2022. While the game may be delayed, the studio has released a new trailer and details about the advanced classes available in The Waylanders. You can view the trailer above or read below for more details:

Gato Salvaje Studio promises a more polished experience to RPG fans waiting on the Celtic and Medieval time-travel story. RPG fans will be able to take their favorite classes to the next level when The Waylanders exits Early Access this spring.

A Coruña, Spain—November 8, 2021—Gato Salvaje Studio has announced they will be delaying the release of their real-time-with-pause RPG, The Waylanders, until February 2, 2022.

“Releasing this month would not provide the quality experience our fans deserve. While we have been working hard to get all our backers and Early Access players the RPG they’d been hoping for before the holidays, we’ve done an internal review pass on The Waylanders and our team needs more time to polish the game,” said Gato Salvaje co-founder Fernando Prieto. “Developing during Covid has been challenging for many teams, including ours, and rushing The Waylanders out the door after nearly four years of development will not make anyone happy. The Waylanders will have over two hours of cinematics and more than thirty hours of gameplay, and we want to provide the best possible day one release version to the community.”

To help tide players over until the new release date, The Waylanders will receive Early Access and Games in Development updates improving several currently available areas of the game, such as The Cave of Eternity and the Fomorian World in The Corrupted Cove. The updates will also add remaining text localization for multiple Celtic era quests and fix community reported bugs.

When The Waylanders launches this spring, RPG fans will be able to step forward a thousand years from Celtic times to the Medieval era and in doing so, unlock three Advanced Classes for each of the six base classes currently available in Early Access.

When starting The Waylanders, players create their character using one of six base classes (Warrior, Guardian, Rogue, Ranger, Sorcerer, and Healer) before beginning their adventure. After reaching 9th level, Advanced Classes unlock, giving each base class three new options to branch into, each granting a different mix of warrior, magic user, or rogue/ranged type abilities. This upgrade also unlocks a greater selection of Formations and formation abilities to choose from. 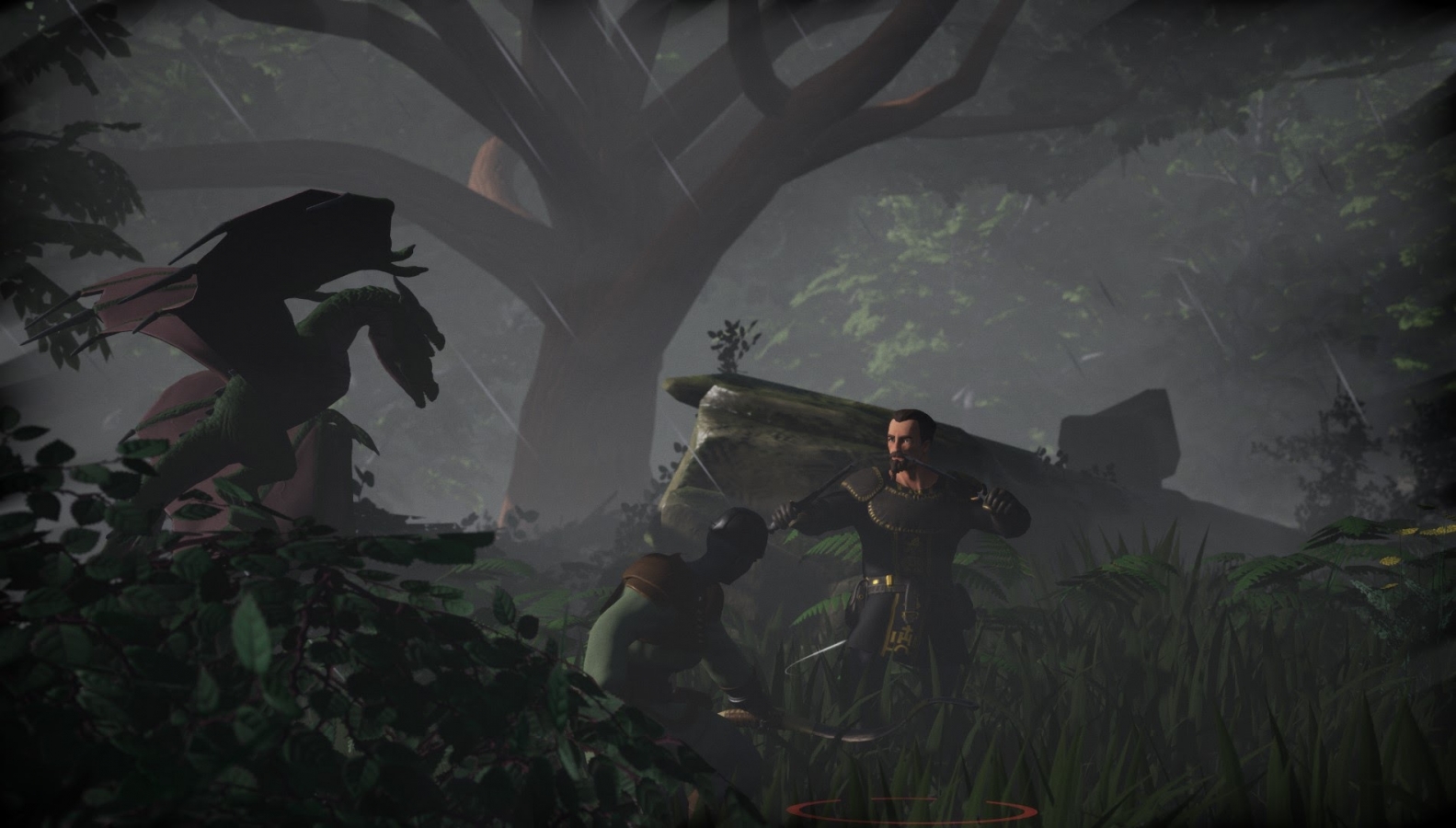 Berserker
A warrior with an unending stamina, who uses internal rage as fuel to their attacks. Warriors who become Berserkers damage grappled enemies, inflict fear, and use Fury generated by abilities to power devastating blows.

Gladiator
A swift warrior who gracefully navigates the battlefield, felling foes with each attack. Gladiators have a wide variety of sweeping and targeted attacks as well as multiple abilities that enhance dodging.

Mana Warlord
A warrior connected with the mana flow of the world, wielding it as a formidable weapon. In addition to powerful physical attacks, the Mana Warlord wields earth magic to encase enemies in stone. 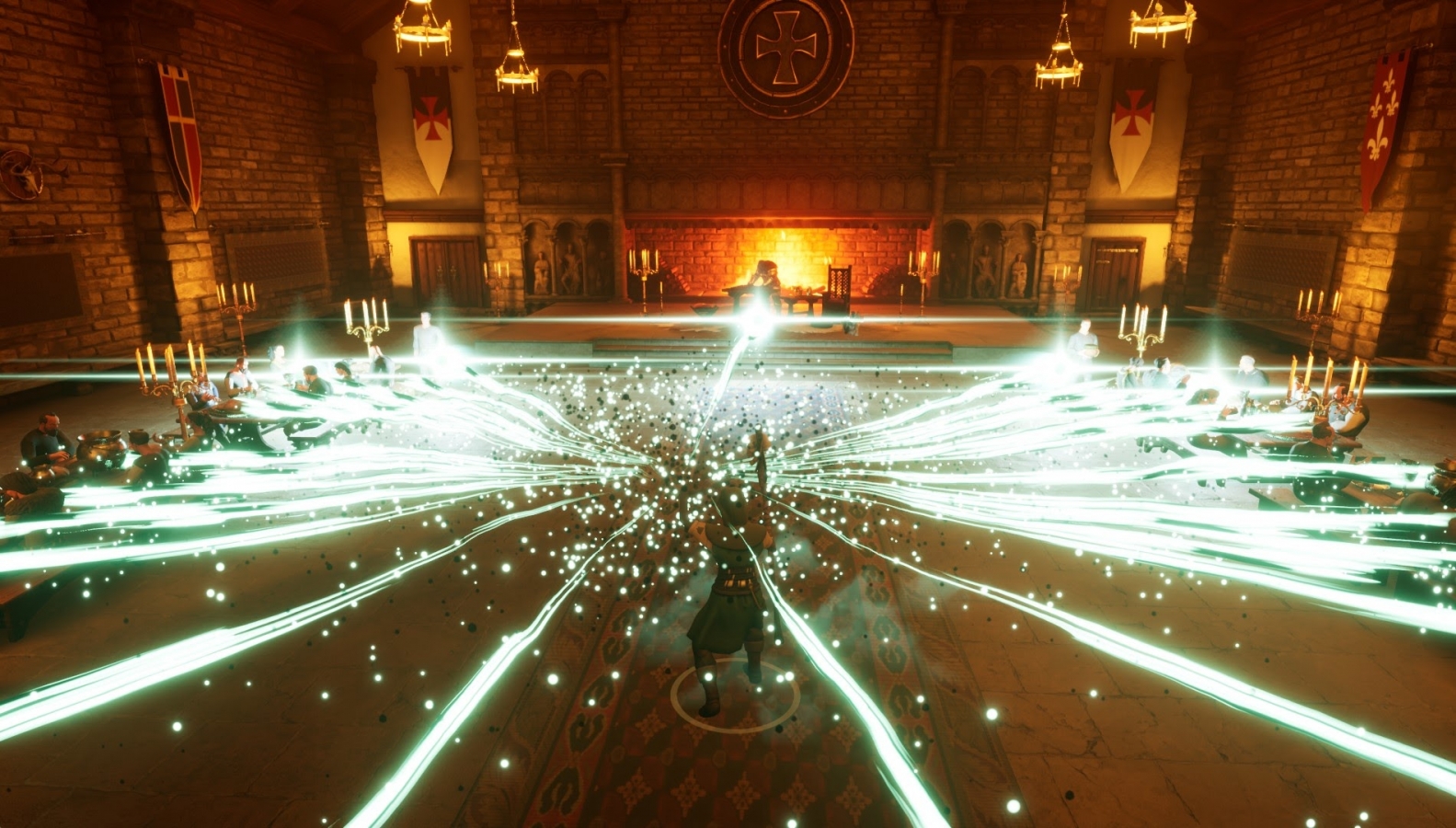 Vanguard
A frontline guardian who controls the flow of battle. Vanguards gain bonuses to damage protection as well as abilities that stun attackers and knock enemies to the ground.

Blacksmith
A guardian with a critical eye who is able to strategically place and detonate strange artifacts. Explosive attacks damage and debuff enemies, turning the battle in your favor.

Chieftain
A magical guardian who leads allies who acts as a font of faith, healing and protecting the party from their foes. A well-balanced frontline class that provides buffs while dealing damage.

Brawler
A rogue who packs a stronger punch than expected. This nimble class is a master of fighting dirty. Brawlers gouge, slash, blind, and pummel their foes, gaining bonuses to enemies with negative status effects.

Storm Druid
A mana-enhanced rogue who uses wind magic to misdirect and distract their enemies. Chaotic storm magic is excellent at area attacks and dealing damage to groups of enemies. The Storm Druid’s Rabbit of Caerbannog ability traps an enemy in a thorny bundle and transforms it into a bunny.

Hunter
A reckless ranger who fires heavy projectiles point blank. Masters of the bow, this class can ferret out weaknesses to deal powerful critical attacks. Hunters can tame both the Dog and Bear pets.

Saboteur
A tactical ranger who sets traps and snares to set up the perfect shot. A talented Saboteur uses hit and run tactics, using invisibility and fear effects to full advantage. The Magpie and Crow are both Saboteur-specific pets.

Draconic Master
A magical ranger whose connection to draconic beasts allows them to tame and become one with them. As both a shapeshifter and spellcaster, a Draconic Master can heal draconic pets while in combat. Dragon and Drake pets can only be tamed by this class.

Frost Druid
An ice-cold sorcerer that walks over the frozen figure of their petrified enemies. The Frost Druid uses their abilities to deal damage over time and place traps around the frozen battlefield.

Necromancer
An aberrant sorcerer who conjures monstrosities and specters. Necromancers specialize in life draining magic and summoning as well as wielding a variety of spells that weaken their enemies.

Blood Shaman
A sinister healer who uses the pain of others as a dubious way to keep their allies alive. Blood magic steals life from enemies to energize companions, summon allies, and transform foes.

Jester
A mad healer with obnoxiously good luck. Roll the dice to sew confusion amongst your enemies, buff your companions, and change the course of the battle.

Tidal Druid
A calm healer who turns the tides of the battlefield with spells that can both heal and harm. Spells cast by Tidal Druids linger, providing healing and mana boosting effects to companions and damage to enemies over time. 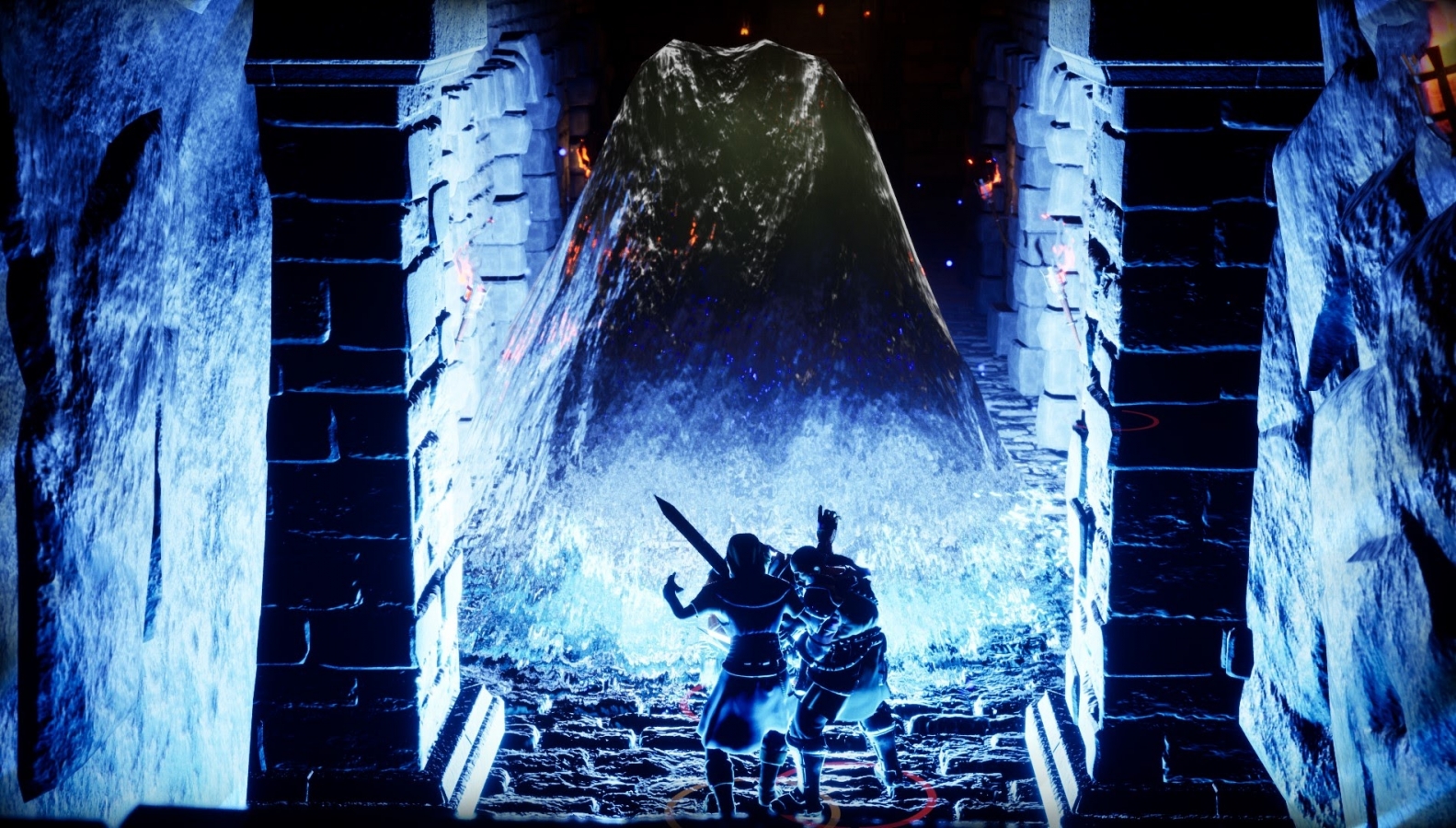 Some companions, such as Traste, Rea, and Delba, have their own special classes they grow into. As Packleader, Rea’s strength and rapid reflexes are unleashed, making her a brutally fast attacker. Traste’s bag of tricks grows larger after becoming a Bogeyman, allowing him to call on more friends and use even more items to create the biggest prank ever. Delba’s connection with the Underworld grows stronger as the Fomorian Matriarch adding even more weight to each of her punches.

The Waylanders is now set to launch February 2, 2021 on Steam and GOG. Follow The Waylanders development on Twitter and Facebook for more details about the upcoming release.

Stay tuned to Gaming Trend for more info on The Waylanders and for all your gaming, tech, and entertainment news!