The long awaited return of Dragonlance is finally near! On December 6th, the legendary world of Krynn enters the modern D&D era with the adventure Dragonlance: Shadow of the Dragon Queen:

Takhisis the Dragon Queen has returned to the world of Krynn. Across the land, her armies of fanatical draconians wage a brutal war of conquest. As the Dragon Armies march on the unprepared nation of Solamnia, only the defenders of the city of Kalaman stand in their way. But the Dragon Armies want more than just to crush their foes. An ancient evil in the Dragon Queen’s service seeks a magical weapon that could dominate Krynn for all time.

Dragonlance: Shadow of the Dragon Queen/ is a tale of conflict and defiance set during the legendary War of the Lance. Create characters from Krynn, the world of the Dragonlance setting, then march them to the front lines of battle against the terrifying Dragon Armies. 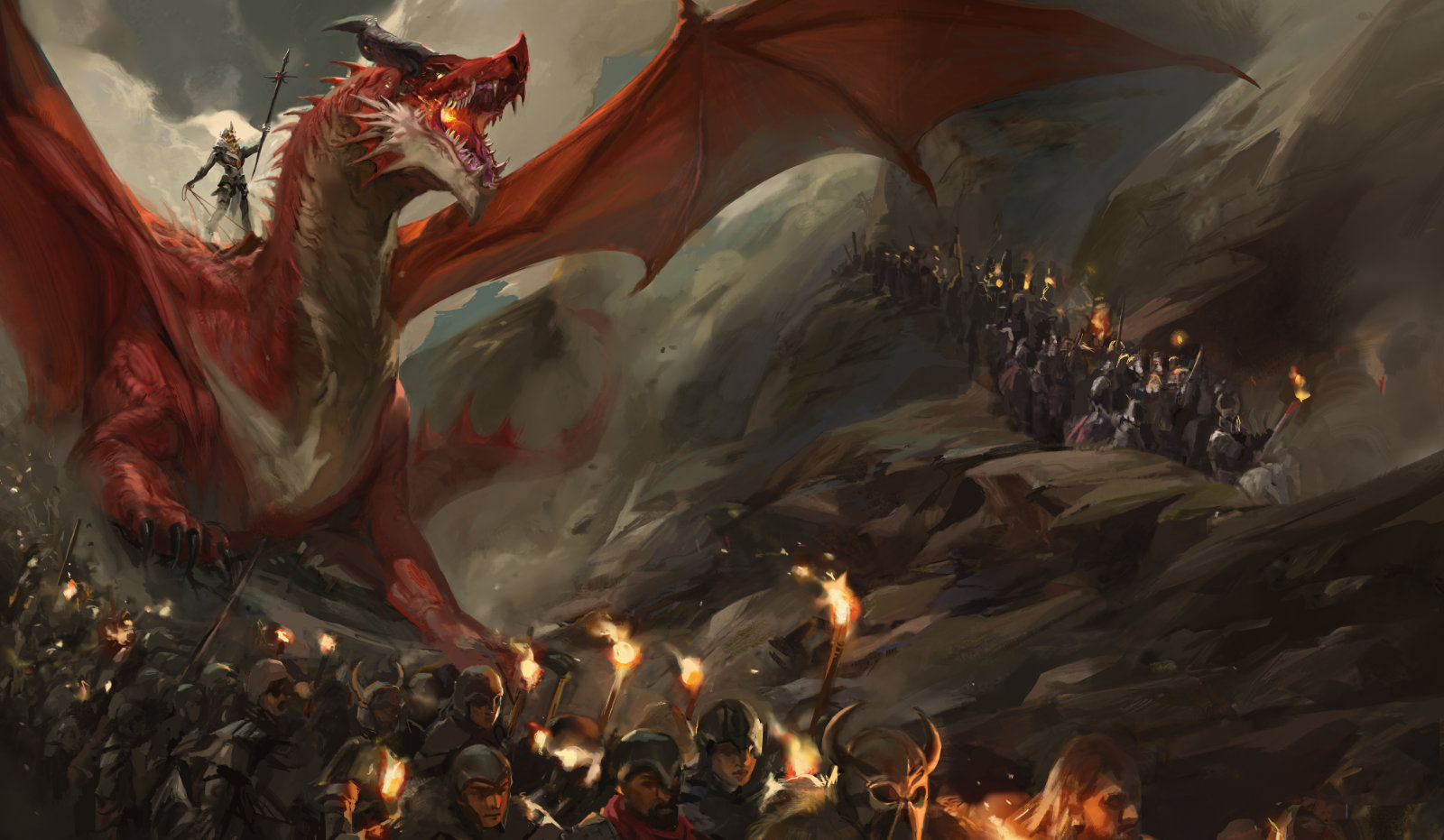 But wait, that’s not all! Board Game designers Rob Daviau (Return to Dark Tower, Pandemic Legacy) and Stephen Baker (Heroscape, Heroquest) have teamed up with the D&D crew to bring a complementary new experience to gaming tables with Dragonlance:Warriors of Krynn:

Battle for the World of Dragonlance! A World at War!

Fans can play both in conjunction to tell a single engrossing campaign, switching between the D&D adventure and the board game. 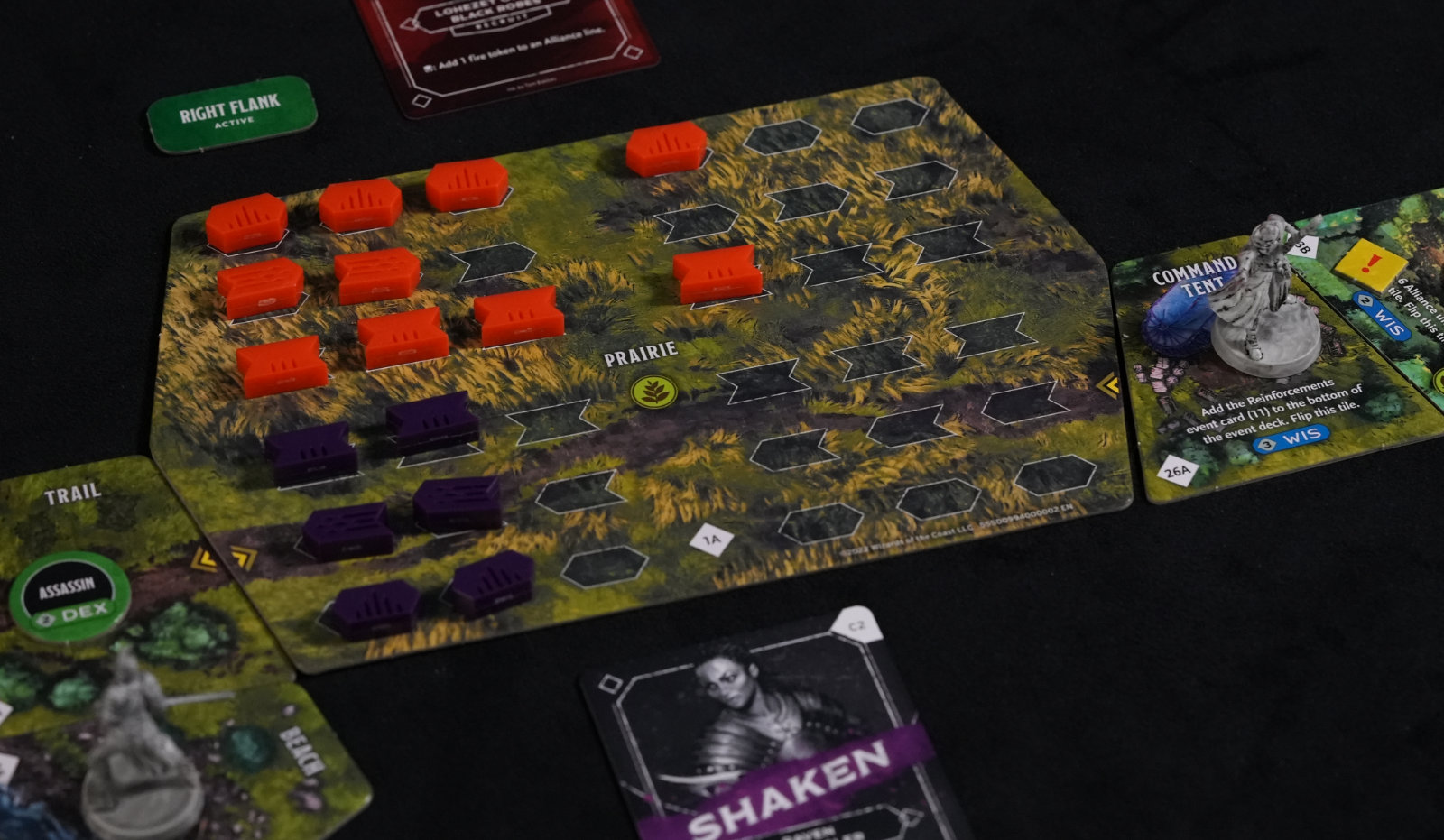 We got a sneak peak of Warriors of Krynn, and the way it works with the adventure is very intriguing, and the tactical framework that Rob and Stephen have devised may even work nicely with other D&D adventures. One of the more interesting aspects is how it handles low-level adventurers thrust into a large scale battle- no, they didn’t suddenly get promoted to war general and are commanding entire armies! Rather, they are working more on the periphery while the battle unfolds, aiding the characters they met in the adventure and working towards achieving goals that help or deter the opposing forces.

Dragonlance: Shadow of the Dragon Queen will be available in the standard edition as well as the local game store edition featuring Lord Soth on the cover. 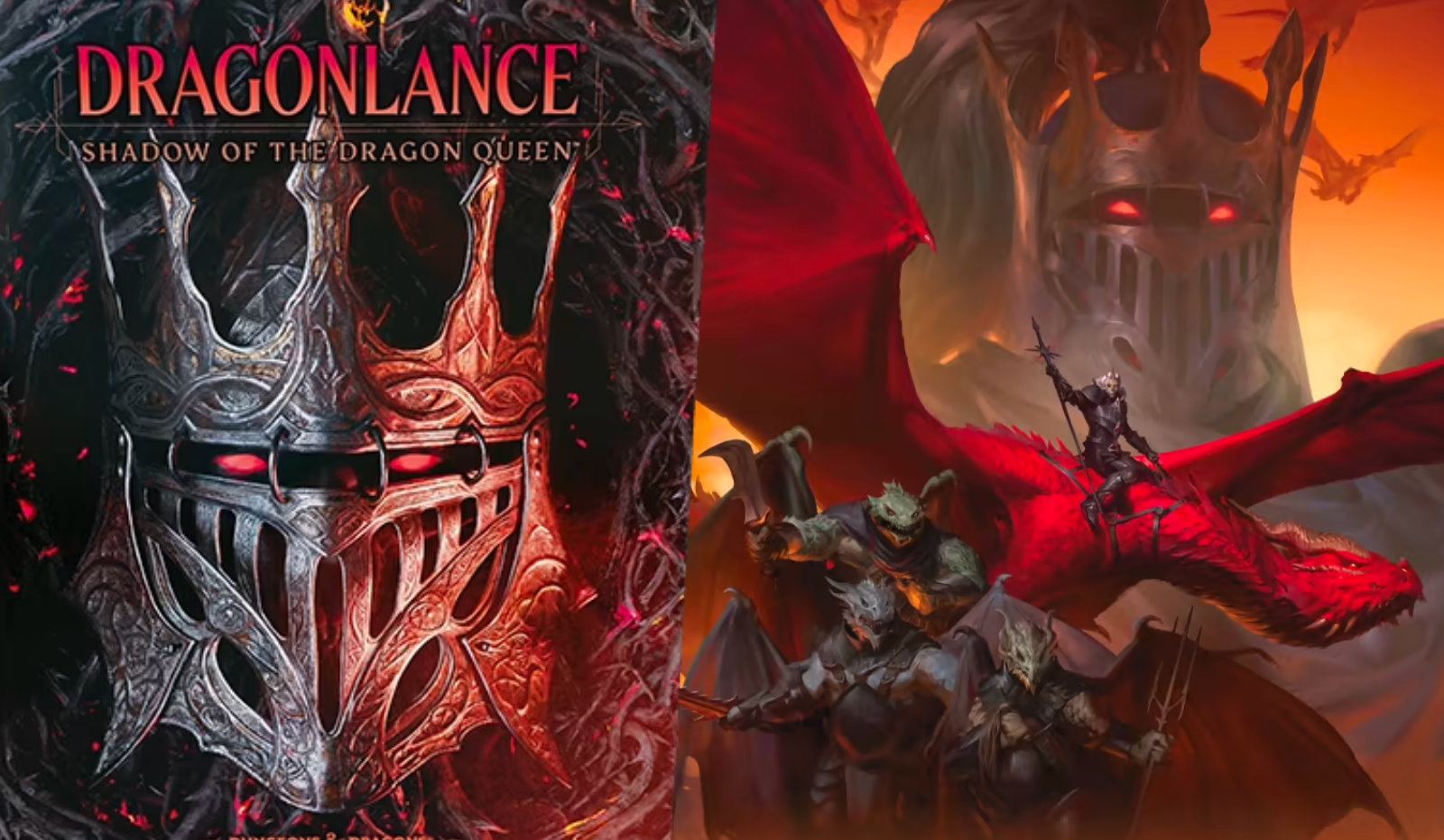 Dragonlance: Warriors of Krynn can be purchased as a stand-alone game or in a Deluxe Edition bundle. 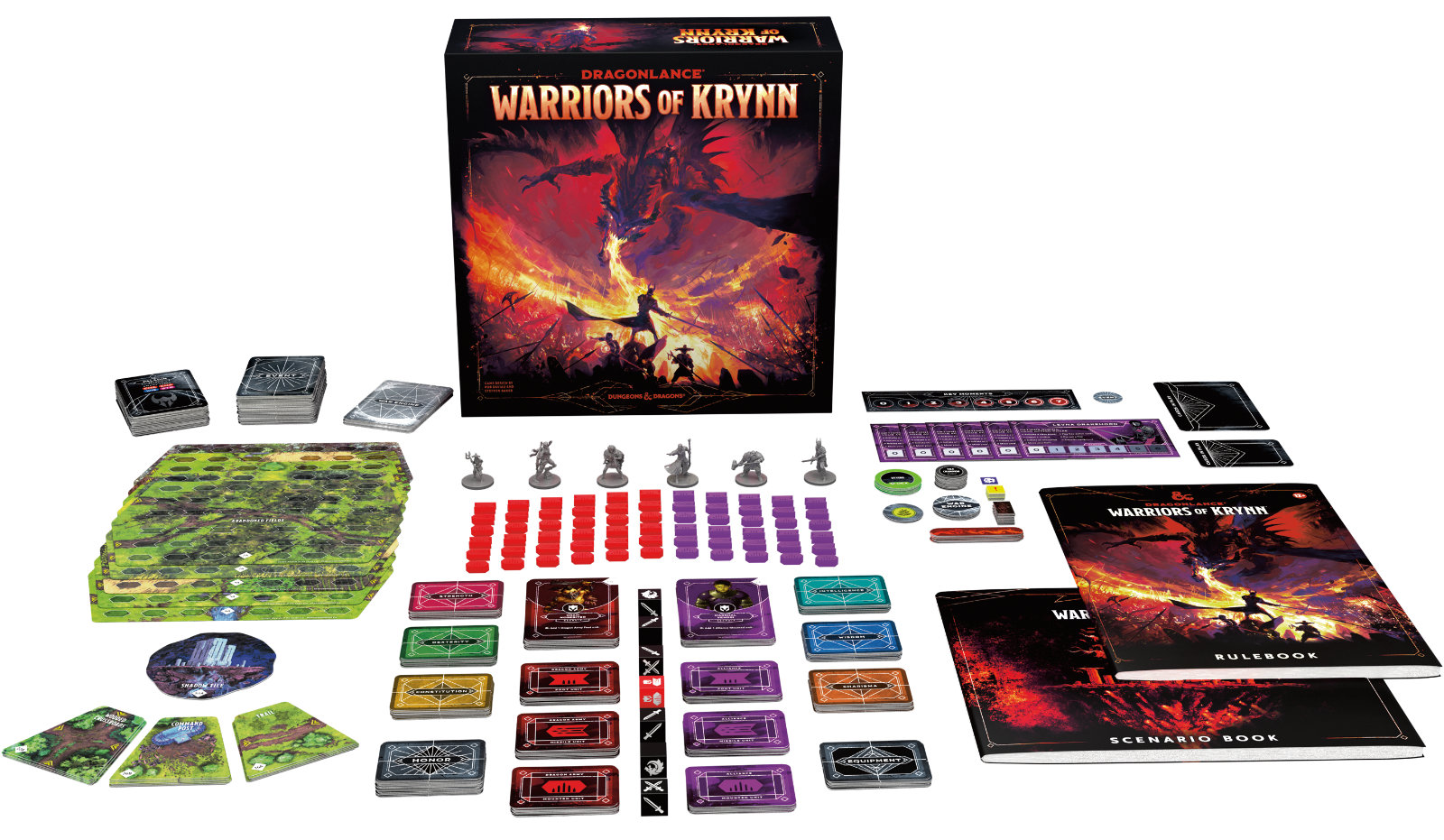 All versions can be pre-ordered here (except the collector’s LGS cover). Both hit game store shelves on December 6th. Be on the lookout for a review(s) here on Gaming Trend! 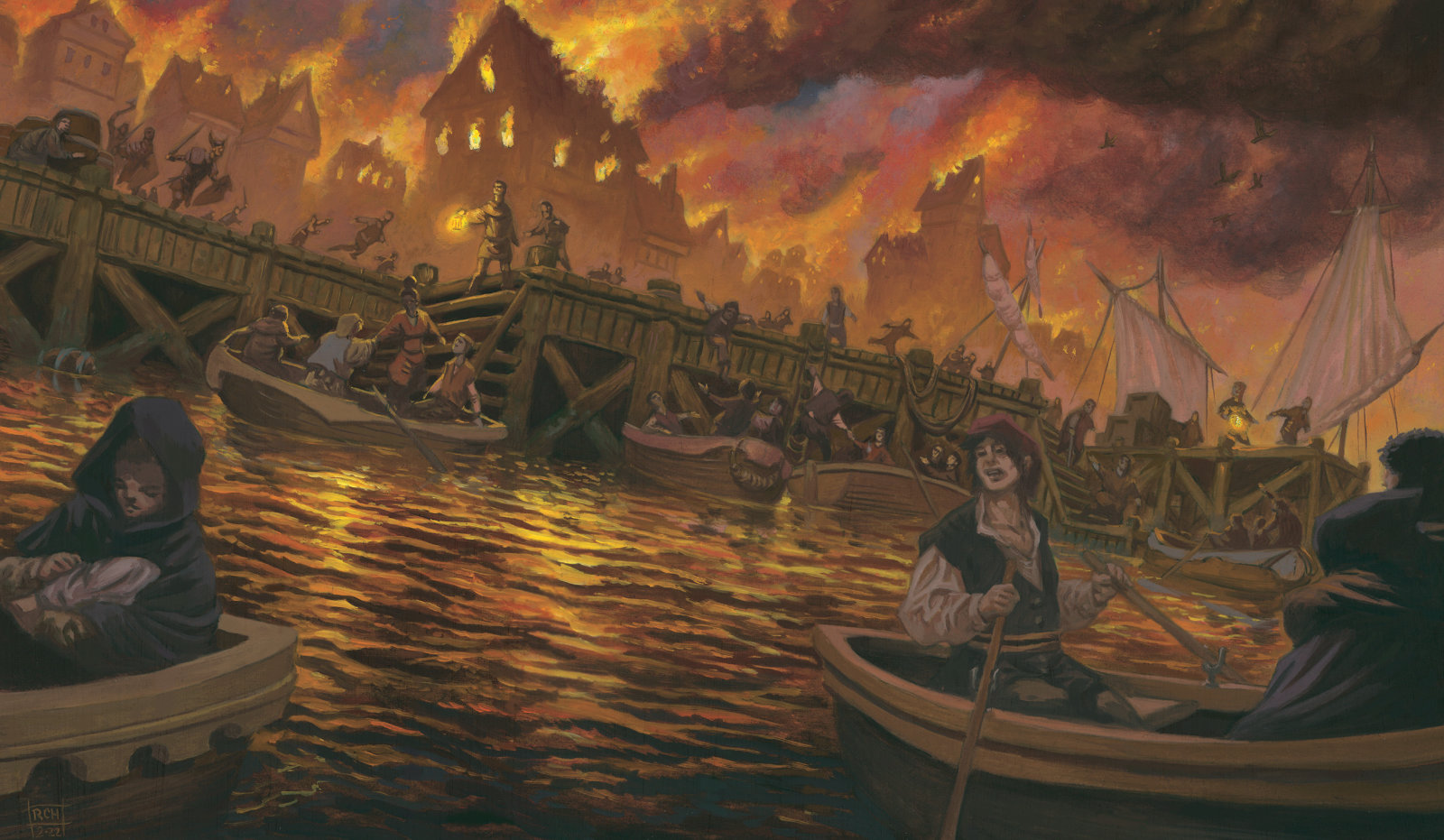